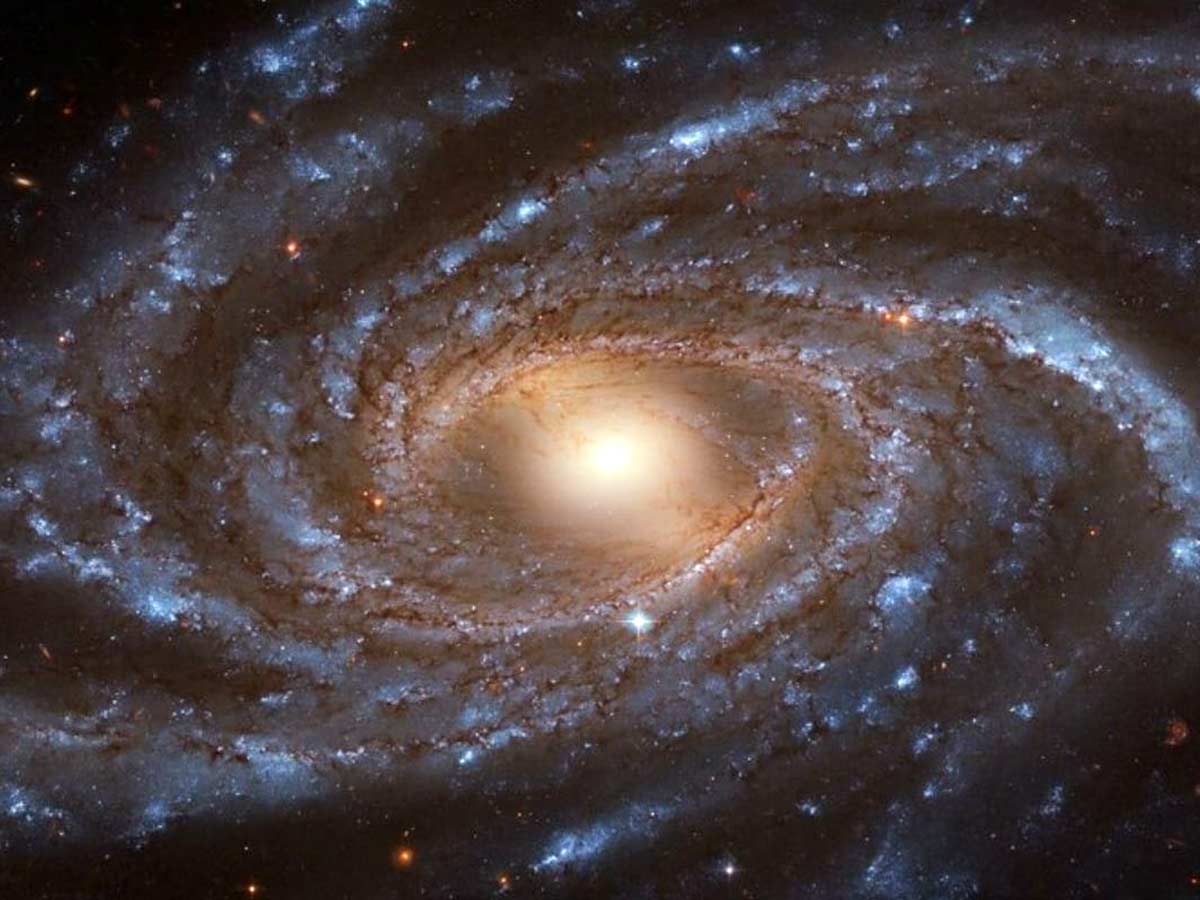 The Milky Way Galaxy is a vast and fascinating place. It not only has a diameter of 120,000-180,000 light-years, but it also houses Planet Earth, the cradle of mankind. Our Solar System is located around 27,000 light-years from the Galactic Center, on the inner border of the Orion Arm, a spiral-shaped concentration of gas and dust particles.

However, among these Milky Way facts are some more morsels of information that are guaranteed to impress and excite. Here are ten of them, in no particular order:

To begin, the Milky Way is a 120,000-light-year-diameter disc with a 12,000-light-year-diameter center bulge (see the Guide to Space article for more information). However, as shown in the image below, the disc is far from totally flat. Indeed, its form is distorted, which astronomers ascribe to our galaxy’s two neighbors, the Large and Small Magellanic clouds.

These two dwarf galaxies, which are members of our “Local Group” of galaxies and may circle the Milky Way, are thought to have tugged on our galaxy’s dark matter like a galactic tug-of-war. The pulling generates an oscillating frequency that pushes on the galaxy’s hydrogen gas, which is abundant in the Milky Way (for more information, check out How the Milky Way got its Warp).

Scientists estimate that dark matter accounts for 90% of our galaxy’s mass, giving it a strange halo. That means that all of the “luminous matter,” or what we can see with our eyes or telescopes, accounts for less than 10% of the mass of the Milky Way. Its halo isn’t the usual bright kind that comes to mind when we think of angels or comets.

The halo is truly invisible in this case, but its existence has been established by conducting models of how the Milky Way would appear without this invisible mass, as well as how rapidly the stars in our galaxy’s disc orbit the center.

The quicker they should orbit, the heavier the galaxy. If we suppose that the galaxy is exclusively made up of visible stuff, the rotation rate would be far lower than what we see. As a result, the remaining mass must be made up of an elusive, unseen mass, often known as “dark matter,” or a substance that only interacts gravitationally with “regular matter.”

The Via Lactea Project has several pictures of the likely distribution and density of dark matter in our galaxy.

The Milky Way is a middleweight among galaxies. The biggest known galaxy, IC 1101, has approximately 100 trillion stars, while other huge galaxies can have as many as a trillion. Dwarf galaxies with 10 billion stars, such as the aforementioned Large Magellanic Cloud, are common.

The Milky Way contains between 100 and 400 billion stars, but the most you can view from any one spot on the planet is roughly 2,500. This figure is not stable, though, because the Milky Way is continuously losing stars to supernovae and creating new ones (about seven per year).

The Milky Way is filled with dust and gas, despite its appearance to the untrained eye. This stuff accounts for 10-15% of the luminous/visible matter in our galaxy, with the rest being stars. Our galaxy is around 100,000 light-years wide, and the visible spectrum can only see about 6,000 light-years within the disc. Even when light pollution is minimal, the dusty ring of the Milky Way may be seen in the night sky.

The dust’s thickness deflects visible light (as detailed here), but infrared light may get through, making infrared observatories like the Spitzer Space Telescope incredibly useful instruments for mapping and analyzing the galaxy. Spitzer can see through the dust to provide us with incredibly crisp images of what is happening at the center of the galaxy and in star-forming areas.

The Milky Way was not always this lovely, distorted spiral. It grew to its current size and shape by devouring other galaxies, and it continues to do so now.

The Milky Distance from above is a long, long way away. However, this does not preclude us from capturing stunning views of the Milky Way from our vantage point!

The Milky Way, like other bigger galaxies, has a supermassive black hole (SMBH) in its center. Sagittarius A* is the core of our galaxy, a gigantic source of radio waves thought to be a black hole 22 million kilometers (14 million miles) wide, around the size of Mercury’s orbit. But this is only the black hole.

The accretion disc, which contains all of the mass attempting to enter the black hole, is 4.6 million times the mass of our Sun and would fit inside the Earth’s orbit. Although Sgr A*, like other black holes, strives to engulf anything that happens to be nearby, star formation has been observed around this colossal celestial event.

According to the most latest estimations, the Universe is around 13.7 billion years old. Our Milky Way has been existing for 13.6 billion years, give or take 800 million. The Milky Way’s earliest stars are located in globular clusters, and the age of our galaxy is calculated by measuring the age of these stars and then extrapolating the age of what came before them.

Though some of the Milky Way’s constituents have been there for a long time, the disc and bulge did not form until roughly 10-12 billion years ago. And that bulge might have developed before the rest of the galaxy.

The Milky Way, as huge as it is, is part of a much greater galactic structure. Our nearest neighbors include the Large and Small Magellanic Clouds, as well as the Andromeda Galaxy, the Milky Way’s closest spiral galaxy. The Milky Way and its near surrounds, together with about 50 additional galaxies, form the Local Group.

Nonetheless, this is only a small part of our fantastic neighborhood. Further out, we discover that the Milky Way is part of a much bigger collection of galaxies known as the Virgo Supercluster. Superclusters are massive groups of galaxies with diameters measured in the hundreds of millions of light years. Large swaths of vacant space exist between these superclusters, where brave explorers or space probes would find very few galaxies or matter.

The CMB is a useful reference point for estimating the velocity of objects in the cosmos. The Local Group is estimated to be traveling at a pace of around 600 km/s, or about 2.2 million km/h, relative to the CMB. Such speeds dazzle the imagination and erase all thoughts of speed inside our limited, earthly frame of reference!