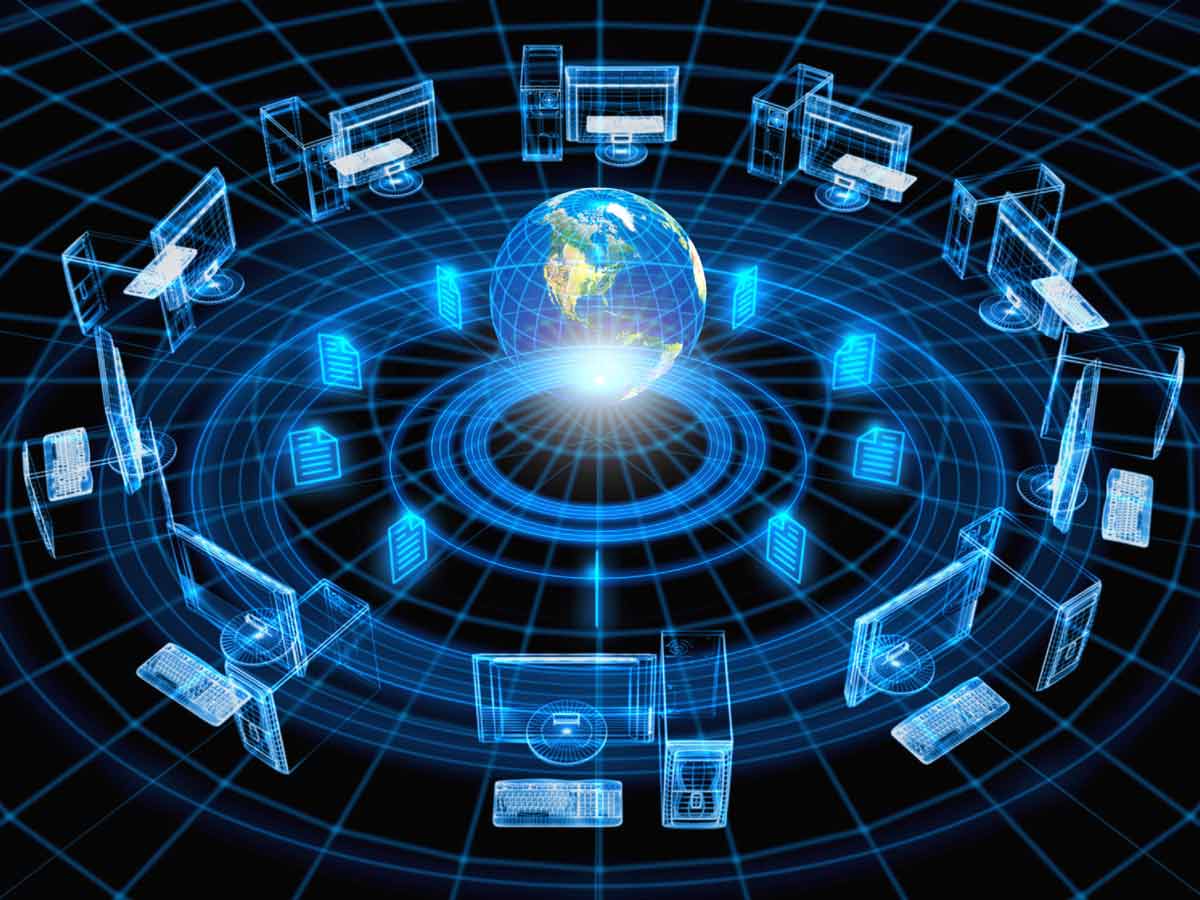 There are different kinds of computer networks. We can categorize them based on their size as well as their function. The geographic area and number of computers that are part of a network should represent the size of a network. It ranges from devices in a single room to millions of devices dispersed throughout the globe.

As the number of connected personal and IoT devices grows throughout the world, so does the demand for high-speed, high-performance networks, transforming how individuals and organizations communicate. This technical advancement has prompted many networking types to fulfill shifting demands over the years. It is expected that additional network topologies will arise as technology advances. It has never been more critical to reduce network blind spots and implement network monitoring technologies.

We’ve compiled a list of common networking types and provided some advice on how to choose one. After reading this article, you will be able to:

So, whether you’re a network veteran or a rookie network manager, you’ll be able to benefit from this post. Let’s get started! 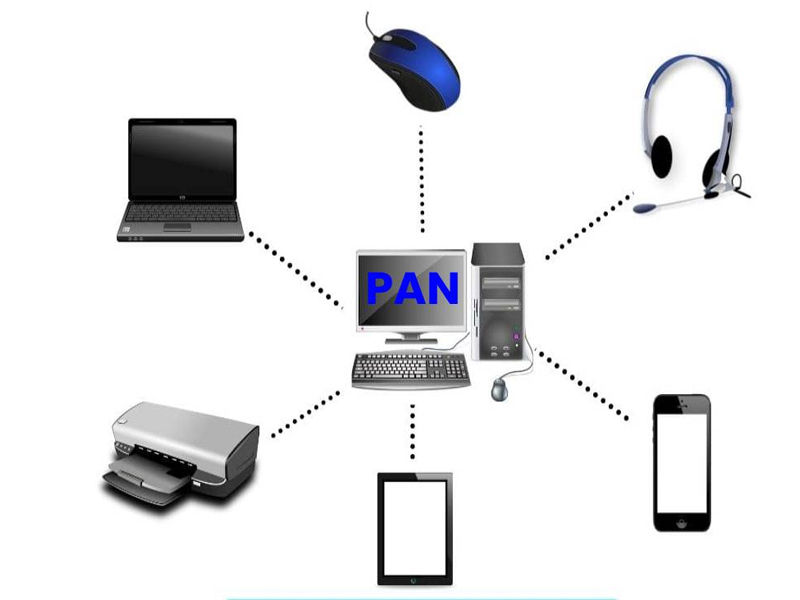 A PAN is a smallest and most basic network, consisting of a wireless modem, one or two computers, phones, printers, tablets, etc. It revolves around one person in one building. These networks are often found in tiny workplaces or homes. They are maintained by a single person or organization using a single device. 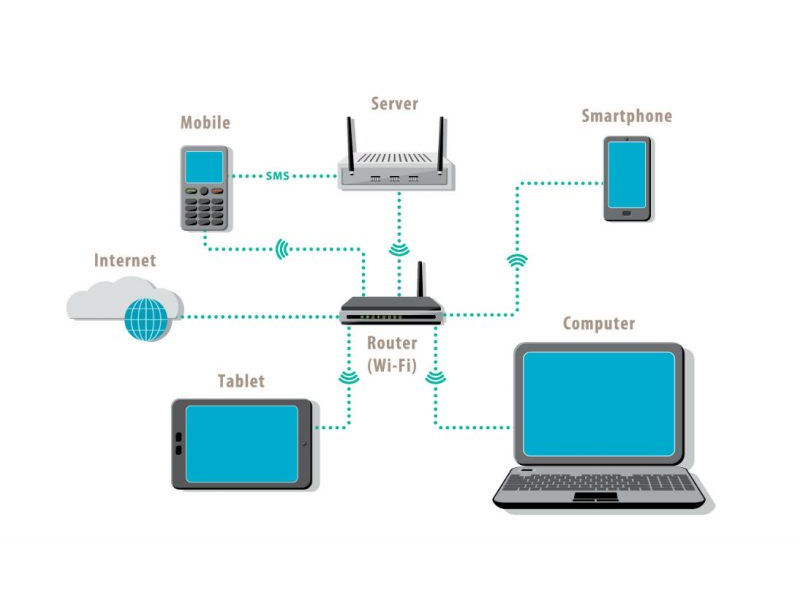 We’re likely you’ve heard of these types of networks before — LANs are the most commonly mentioned networks, one of the most common, one of the most unique, and one of the simplest. LANs connect groups of computers and low-voltage devices to share information and resources over small distances (inside a building or between two or three buildings in close proximity to each other). LANs are often managed and maintained by businesses.

LANs can connect to wide area networks (WANs) via routers to transfer data quickly and reliably. 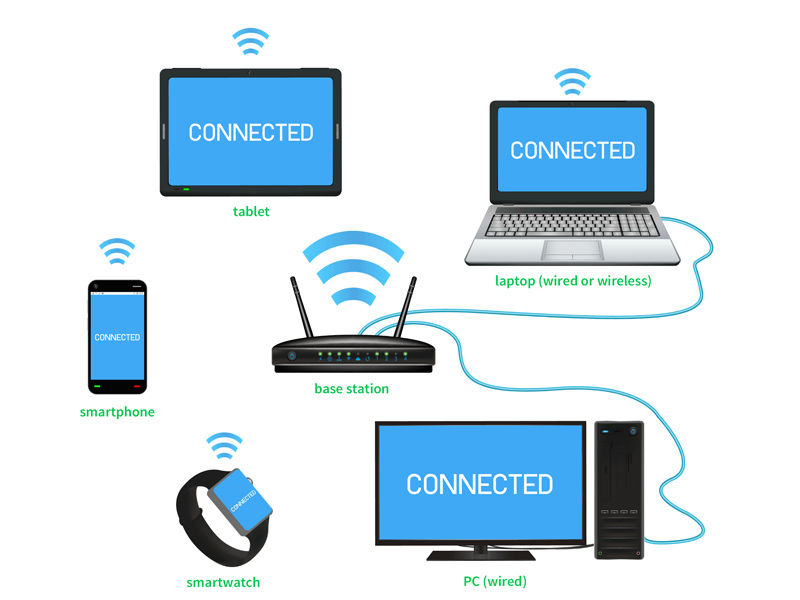 WLANs, which function similarly to LANs, make use of wireless network technology such as Wi-Fi. These networks, commonly used in the same applications as LANs, do not require devices to connect to the network via physical connections. 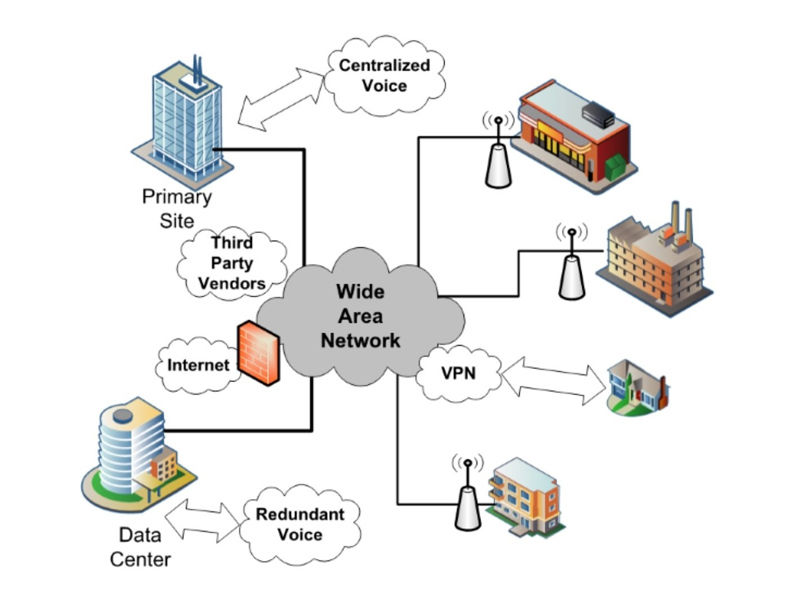 These networks, which are larger than LANs but smaller than metropolitan area networks (MANs, as defined below), are commonly found at colleges, big K-12 school districts, or small companies. They can be distributed among numerous buildings that are very close to each other, allowing users to share resources. 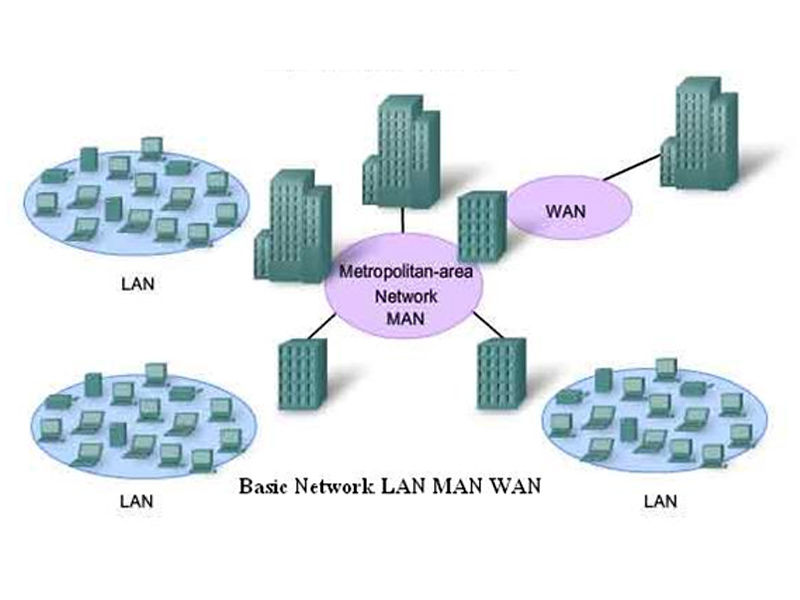 These networks are larger than LANs but smaller than WANs, and they combine features from both types of networks. MANs cover a large geographical area (typically a town or city, but sometimes a campus). A single person or a firm is in charge of ownership and maintenance (a local council, a large company, etc. 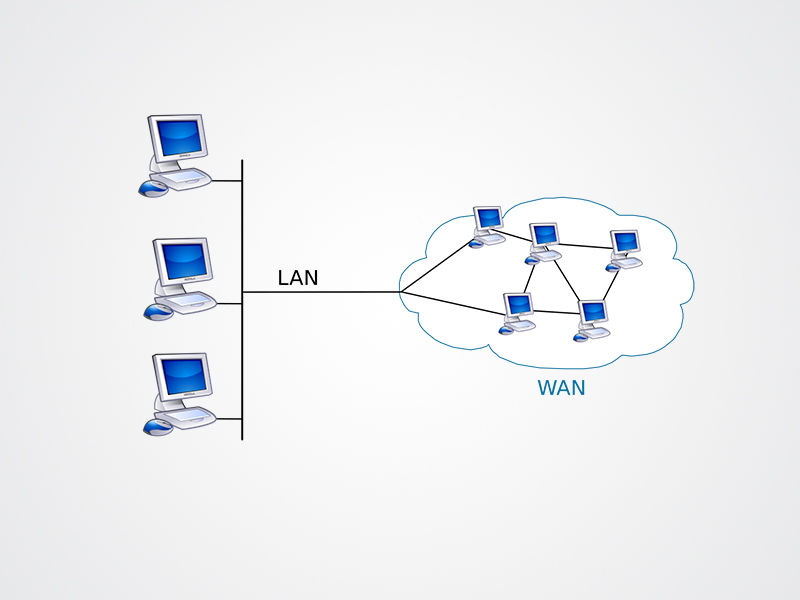 A WAN, which is slightly more complicated than a LAN, connects computers over greater physical distances. This enables computers and low-voltage devices to be remotely connected across a single huge network and communicate even when they are thousands of miles away.

The Internet is the most fundamental example of a WAN, as it connects all computers on the planet. Because of the broad reach of a WAN, it is often controlled and maintained by a group of administrators or by the general public. 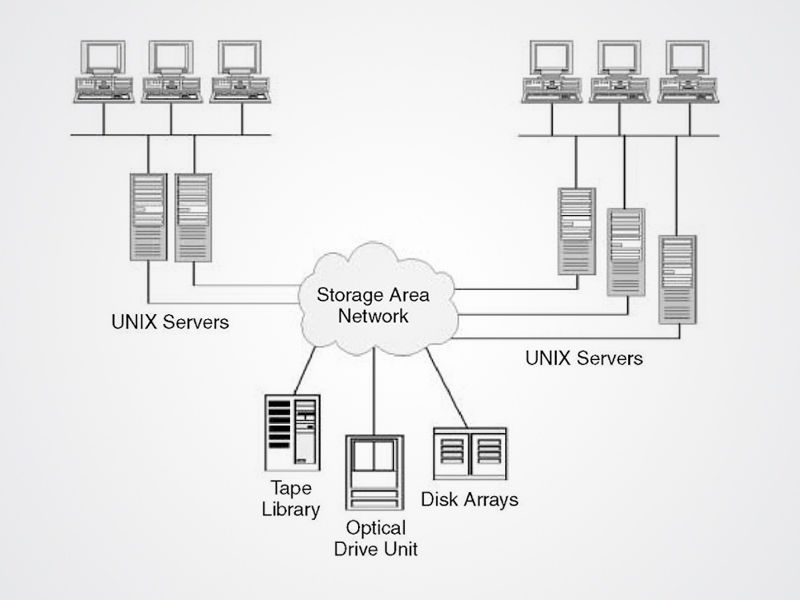 Converged, virtual, and unified storage-area networks (SANs) are examples of SANs. These networks do not rely on a LAN or WAN because they are dedicated high-speed networks connecting pooled storage devices to several servers. They instead shift storage resources away from the network and into their own high-performance network. SANs can be accessed in the same way that a drive connected to a server can. 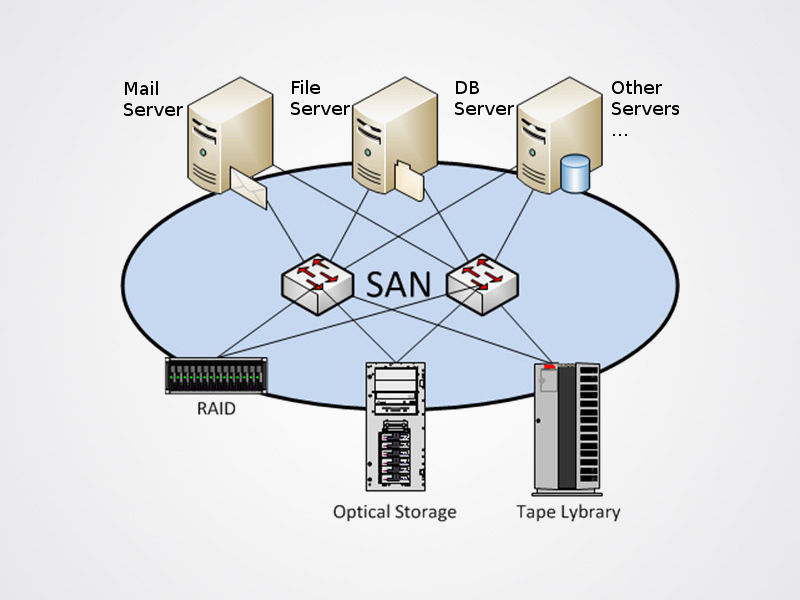 This word has only been in use for around two decades. It refers to a relatively local network that is intended to enable high-speed connectivity in server-to-server applications (cluster settings), storage area networks (also known as “SANs”), and processor-to-processor applications. At very high speeds, the computers connected to a SAN operate as a single system. 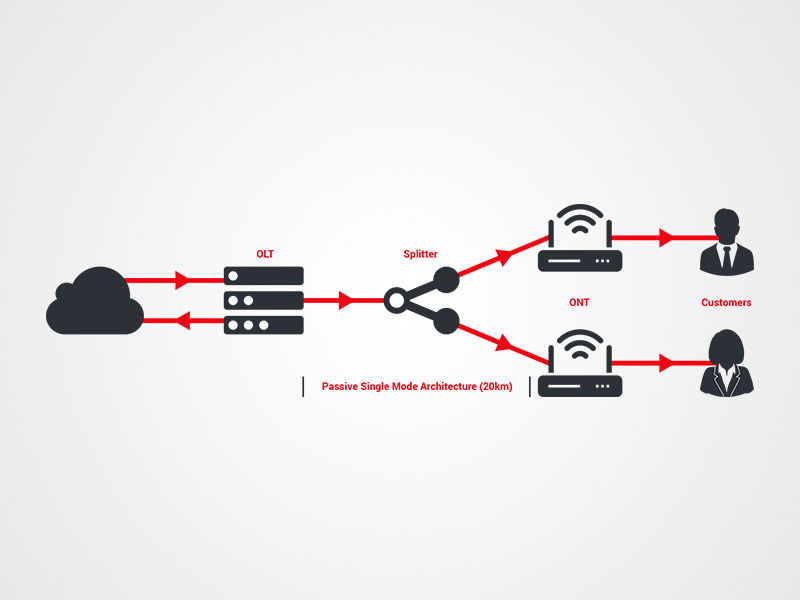 POLAN technology, which may be embedded into structured cabling as an alternative to standard switch-based Ethernet LANs, can alleviate worries about supporting traditional Ethernet protocols and network applications such as PoE. (Power over Ethernet). POLAN, a point-to-multipoint LAN design, divides an optical signal from a single strand of single-mode optical fiber into several streams to serve users and devices.

Businesses build and own these networks to securely connect their various locations to share computer resources. 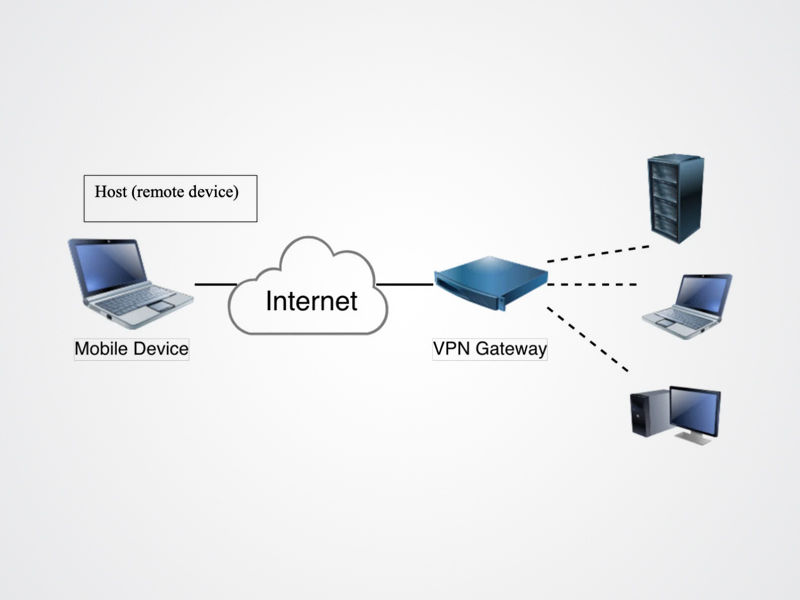