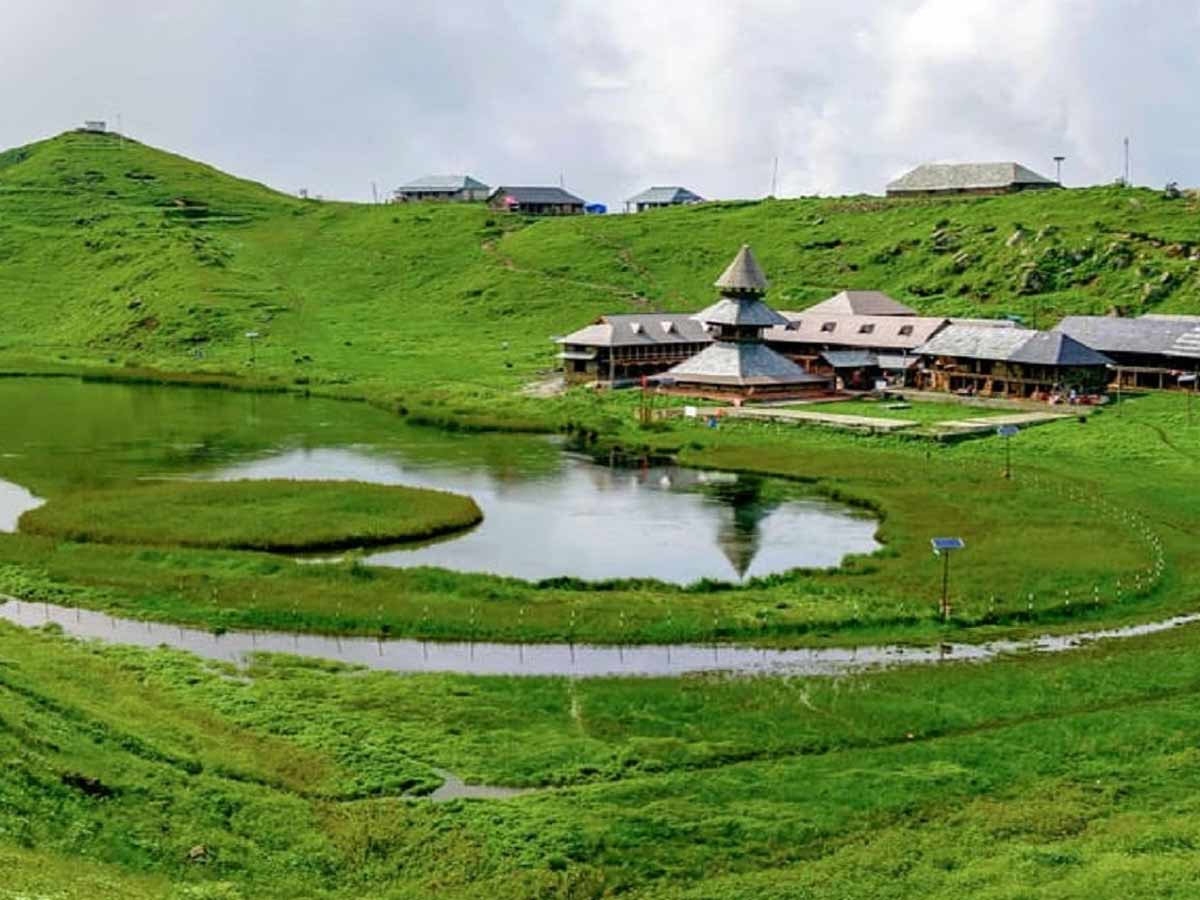 Parashar Lake Trek is a Himalayan uncharted mystery with stunning scenery and a lovely path. Parashar Lake Trek, nestled in the bowl-shaped valley of the Dhauladhar range, brings you through lush forests with vistas of snow-capped mountains, making it a true Himachal Pradesh treasure. The hike follows a lovely path through woodland and many creeks. Meanwhile, when the path passes through communities, visitors may immerse themselves in local culture. The walk provides a 360-degree panorama of the Dhauladhar, Pir Panjal, and Kinnaur mountain ranges.

It is a short-duration trip that is ideal for your long weekend plans and wanderlust fix. The views from the lake at night are breathtaking and will make your excursion that much more significant. 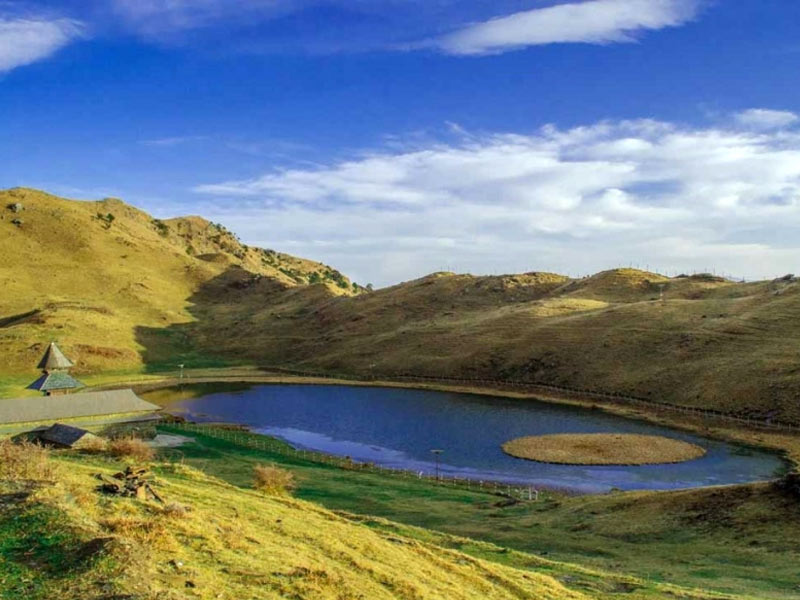 Your morning the next day, on the other hand, would be easily contestable. Sunrise in the Himalayas is extraordinary, with pristine splendor all around, being illuminated by the first rays of the sun. And the thought of fitting all of this into a long weekend is sheer joy!

The Prashar Rishi temple beside the lake, with its fascinating Himachali architecture, fits in wonderfully with the surroundings for those interested in architecture.

Most tourists to the region are unaware of this hidden treasure located in the Himachal Pradesh district of Mandi. Also, because the Parashar Lake hike is accessible all year, it is ideal for a weekend vacation. This journey is made even more memorable by a bonus. Away from the rush and bustle of everyday life, this is the place to go if you want solitude, peace, and breathtaking views. 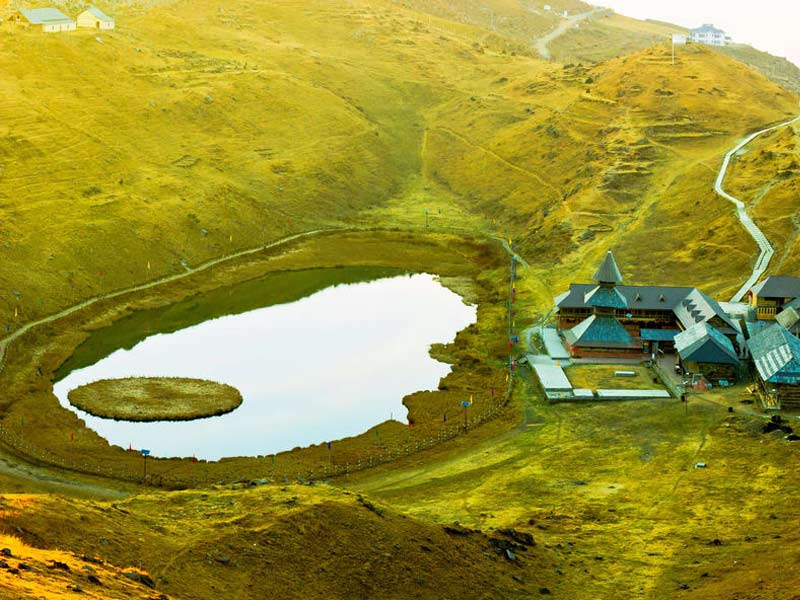 Why Should I Go Trekking?

The trek’s pinnacle, The Parashar Lake, enclosed by the Dhauladhar range in Kullu Valley, is a stunning sight with its azure blue water. Parashar Lake also features a tiny circular floating island on its surface.

Locals will also point out that there is no discernible pattern to the movement – it might stay in the same spot for months on end or shift multiple times in a month.

One of the most appealing aspects of this journey is that you may select your own beginning location. Though the usual starting point in Himachal Pradesh is Baggi village near Mandi, you may go further ahead and travel less. This journey is also feasible without a guide, depending on your expertise in the wilderness; however, it is highly advised that you bring a knowledgeable person with you for novices. 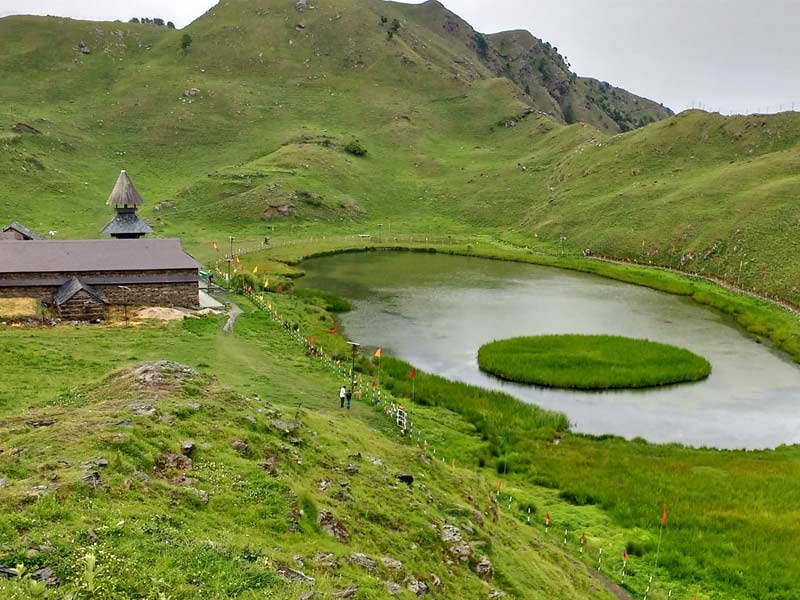 The lake’s floating island is one of its most intriguing features. The island accounts for around 21% of the lake’s size. The remaining 79% is water; curiously, this is the same percentage that the Earth shares in land and water. One fact that has been keeping the visitors on edge is that the lake is believed to be the microcosm of the planet, with the floating island being its axis of revolution. The island drifts eastward in the morning and westward during the evening. The locals predict that the time when the island stops floating will be a time of disaster.

Folklore from the area lends the location mythical as well as intriguing characteristics. According to one such legend, when it did not rain in the area, Sage Parashar prayed to Lord Ganesha, who himself sent rain. Since then, whenever there is a shortage of rain in the area, the locals pray to Lord Ganesha. He personally descends to provide the rain. Aside from that, it is also claimed that various Gods and Goddesses visit the lake to bathe.

No one has been able to unravel the riddle of this island’s floating nature, which makes it a highly interesting and natural wonder.

Even after several attempts by specialists from across the world, the lake’s depth remains unknown, adding to the mystery surrounding the lake. People have gone so far as to label the lake a “bottomless lake” due to repeated fruitless attempts to investigate its depth.

This crater is thought to be today’s Parashar Lake. This lake is supposed to have been constructed by Bhima, one of the Pandava brothers. According to legend, after the Kurukshetra war, the Pandavas returned with Lord Kamrunag. When they get to this location, Kamrunag falls in love with the calm surroundings and chooses to stay forever. As a result, Bheem (the strongest of the lot) slams his elbow into one of the mountains, causing a dent.

To date, no one has been able to determine the depth of Parashar Lake. Locals claim to have witnessed large trees drowning in water due to a storm and that they did so without leaving a trace on the exterior surface. 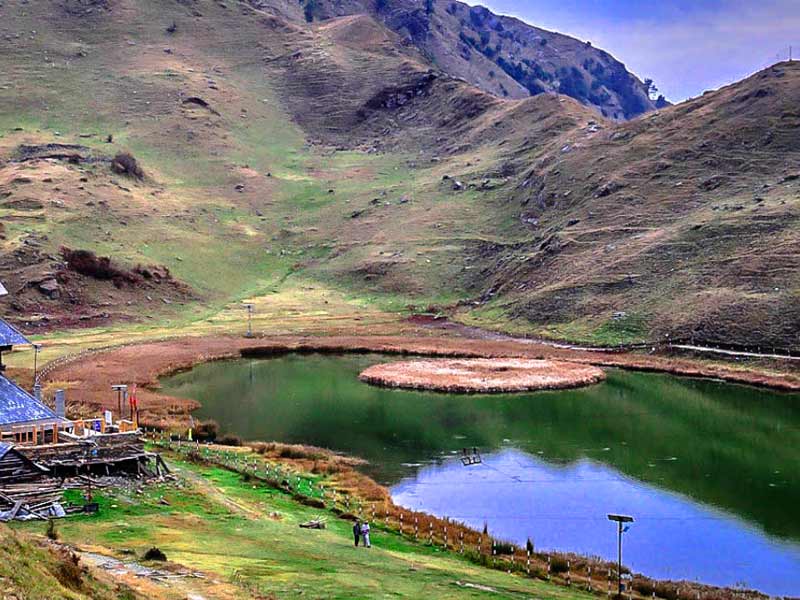 Two trek routes go to Parashar Lake: one from Baggi Village and one from Panarsa. The one from Panarsa is preferred owing to the picturesque splendor it provides. Furthermore, the good road conditions all year round make it even more appealing.

Panarsa, 60 kilometers from Mandi, is easily accessible by car. A 25-kilometer cab/taxi ride will take you to Jwalapur hamlet, which serves as the trek’s base camp. You’ll pass through apple orchards and free-flowing streams on your approach to the village, which is a heart-warming sight.

A hike of 8 kilometers from Jwalapur Village leads to the magnificent Parashar Lake, surrounded by alpine woods.

The route to Lake Parashar Lake is both peaceful and exciting. While the deep Himalayan forest provides solitude, the somewhat steep and slippery climb makes it an adventure that is well worth it. The ascent is simple at first, but after about 15 minutes, the route becomes somewhat steep. The lush green meadows seen along the road, along with the stunning sight of snow-capped mountains, make the trek even more rewarding. After another 4-5 hours of trekking, you will arrive at the much-anticipated heaven-like beautiful Lake Parashar.

How to Reach Parashar Lake

The nearest airport to Panarsa is Bhuntar Airport, from which taxis may be transported to Panarsa. There are no direct trains from Delhi to Panarsa (considering it a general starting point). However, the three nearest stations with well-established connectivity are Kalka ( 223 km ), Ropar ( 253 km ), and Pathankot ( 204 km ). The roads are very well constructed, and access to Lake Parashar is well established.

The presence of buses makes the location highly accessible. There are frequent direct buses to Bhuntar. The buses from Bhuntar also take you to Panarsa, where your wonderful trip begins.

Activities in and around Parashar Lake

Bijli Mahadev, located roughly 13 kilometers away, is one of Himachal Pradesh’s most holy temples. The view from the temple in the Parvati Valley is breathtaking, contributing to its popularity as a tourist destination.

The Dechen Choekhor Mahavihara Monastery is located in Sarabai Village, about 8 kilometers away. The monastery, erected in the 16th century, gives a magnificent view of the snow-covered Himalayan range, making it an ideal location.

9.8 kilometers from Parashar Lake is another pilgrimage site for Hindus. It is one of India’s most sacred piths. Lord Shiva, the most powerful of them, have spent some time there as well. Vishnu Kund, which is located nearby, has its own sacred importance, and it is claimed that swimming in the kund cleanses one of all sins.

Despite its longer distance of 105 kilometers, Bir Billing is a must-see for any adventure enthusiast who visits Parashar Lake. The paragliding capital of India, located near Lake Parashar, allows you to participate in adventure sports in Lake Parashar. The trip to Bir Billing takes 3-4 hours, but the magnificent experience of paragliding that location provides is worth every second.

When is the best time to visit Parashar Lake? 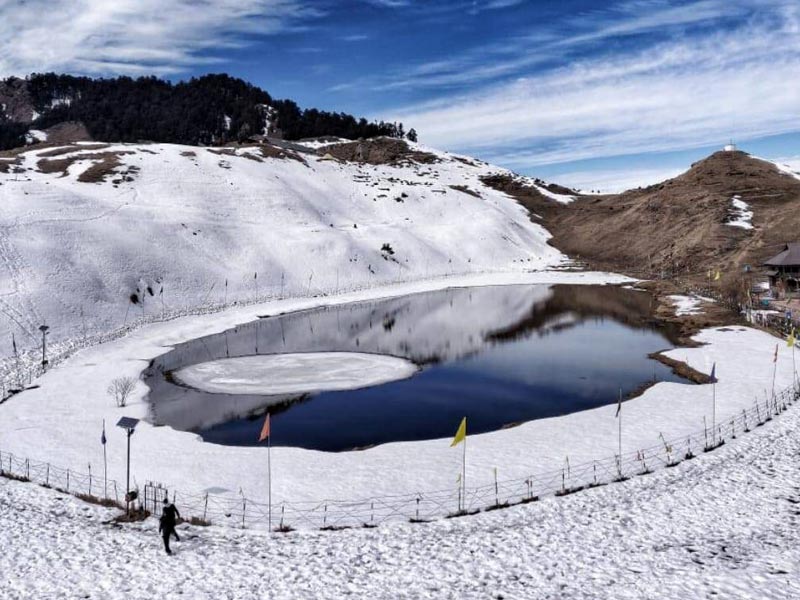 Lake Parashar’s serenity requires you to leave your concerns at the door and completely calm yourself while strolling forsake.

Different people visit the Lake at different times of the year depending on what works best for them. While some people choose an easy and safe voyage in the summer months of March to May, with the sight of lush green meadows, others prefer an exciting ride in the winter months of December to February, when the lake is practically frozen. Winter months are generally favored due to the breathtaking sight of snow covering the whole area. The entire area is covered in sheets of snow.

Because of the safety risks connected with the monsoon season, June to August are not recommended.

The unspoiled and raw beauty of Lake Parashar, hidden in the enthralling mystery country of Himachal Pradesh, is unquestionably something that can make any heart feel alive.