Home Society These Gentle Giants are some you can Pet 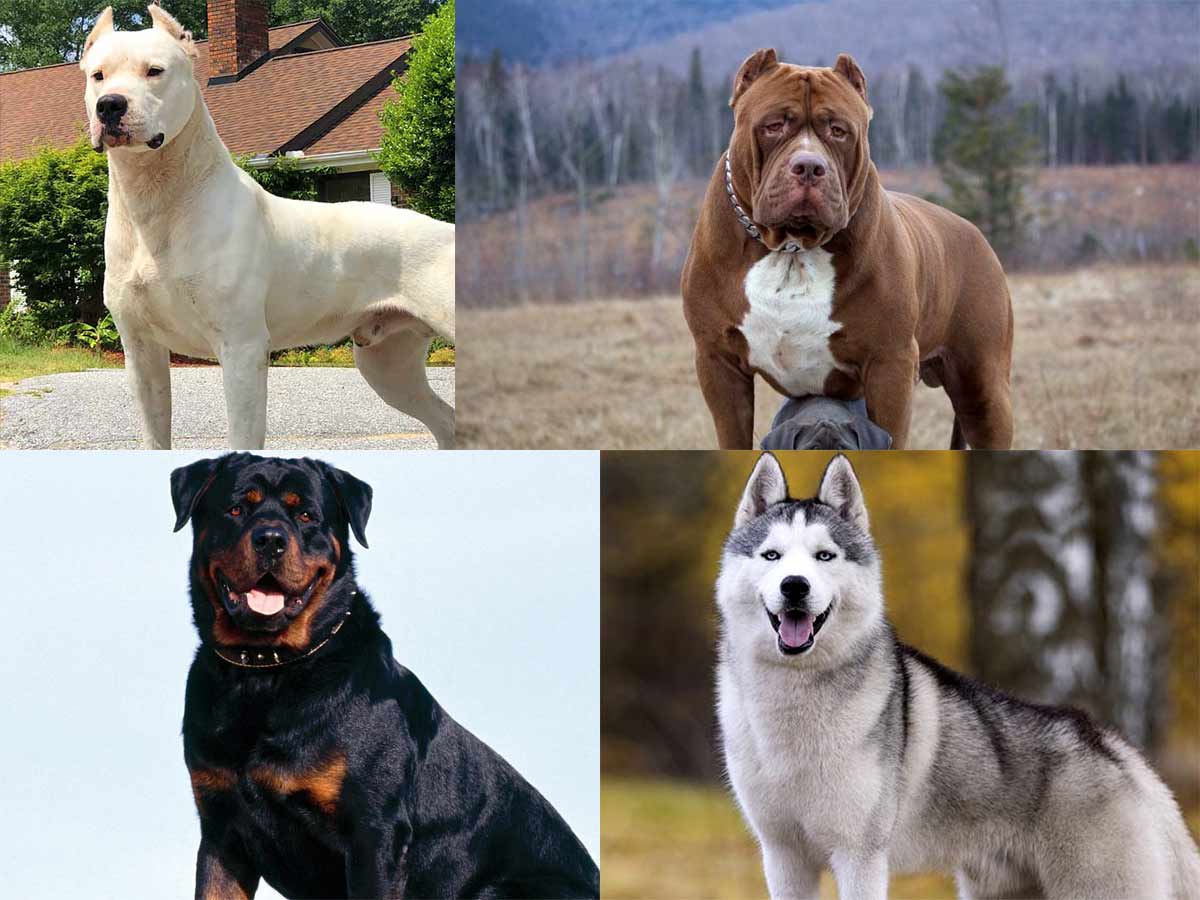 You’re looking for a gentle giant — a pet that can keep up with your crazy, on-the-go lifestyle while still being a colossal cuddle buddy on the sofa at any time.

There are many powerful dog breeds to choose from, each one special in their own way. Many of them trained for their ability to use their muscles when necessary. However, before bringing one in, think about your lifestyle and needs, as heavy breeds can take a lot of exercises to be comfortable in a household.

Dogs are one of the most appealing pets that anyone wishes to own. It is still preferable to have more information about your ideal dog before you begin working with it.

We discussed the top 8 strongest dogs in the world in this article. 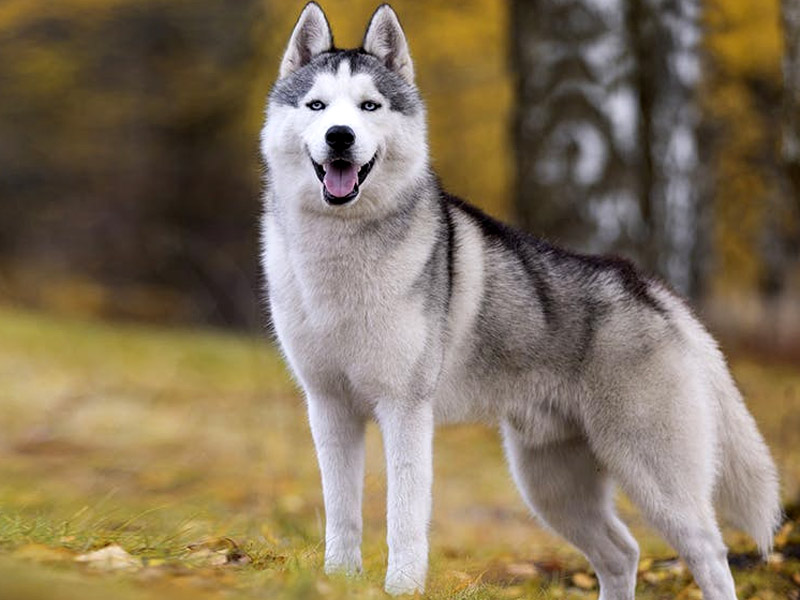 The Siberian Husky is a medium-sized dog with a dense coat of hair. Dog species have more physical strength and stamina than humans. Huskies will work in groups. They can also drive tons over ice at moderate speeds. These powerful dogs are gentle and elegant, with almond-shaped blue or black eyes.

Over time, the adorable eyes of Siberian husky dogs show more feelings. This dog has a slim body and upright paws, and they are usually tidy with no doggy odour. This breed of dog has a life expectancy of 12 to 14 years.

About their size, these dogs get along well with other breeds. Huskies are well-known for their tremendous strength. They love sports such as racing, weight-pulling, biking, and jogging. The dog has a lot of height capacity, which allows it to participate in high-impact sports. They can leap up to 180 cm in height. The Siberian Huskies, which originated in Siberia, love their owners’ company.

These sled dogs have a variety of characteristics that help them cope with the cold weather. Their top four are long and water-resistant. They use their tail to shield their whole body, up to and including their ears. As a result, they will get away from the cold. 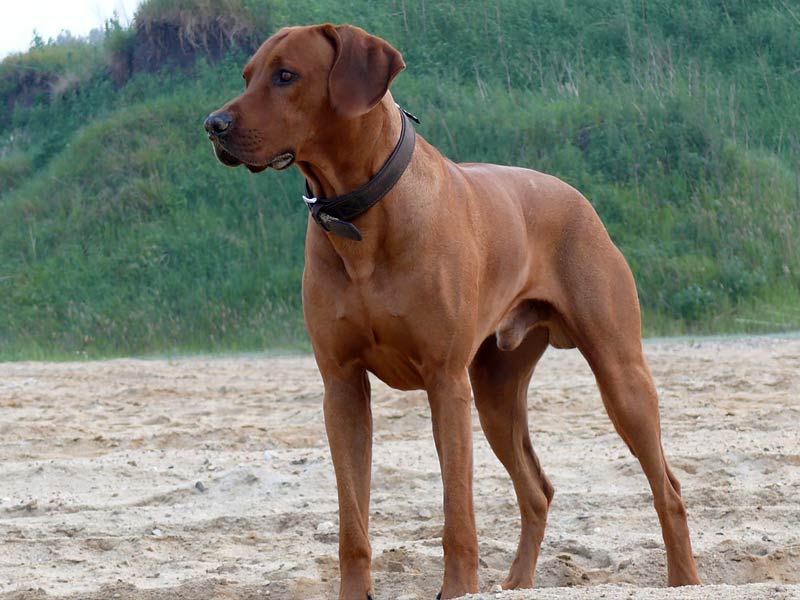 The Rhodesian Ridgeback is a powerful all-purpose breed. The dog has a backwards-growing fur line on its neck, which is a distinguishing characteristic of these breeds. Rhodesia is the home to these tough dog breeds. As a result, the Rhodesian Ridgeback was born. They can detect and bay other creatures. They were also used in lion tracking because of this skill.

They’ve evolved into a family dog these days. However, the trainers must first ensure that this dog’s needs are met. Ridgebacks are very fast and strong players. Strong masters will weigh between 70 and 85 pounds and have a wheaten hue. They also have a nose that is either black or brown in color.

The dogs are strong-willed and self-sufficient. They need proper preparation during their infancy. They are fiercely respectful of everyone they care for. So have a reputation as devoted colleagues. The puppy is even more obedient when it comes to housekeeping. As a result, they would keep intruders out of their homestead. These dogs are known for their endurance and resilience, and the fearless dogs have a distinct look. Because of the construction, they have a deep belly.

As a result, they will be able to develop more stamina. They are also distinguished by their long legs and tapering tails. The strong dogs are also known as ‘Lion Dogs’ or ‘African Lion Hounds.’ The name implies that they are strong dogs with a wide range of skills. 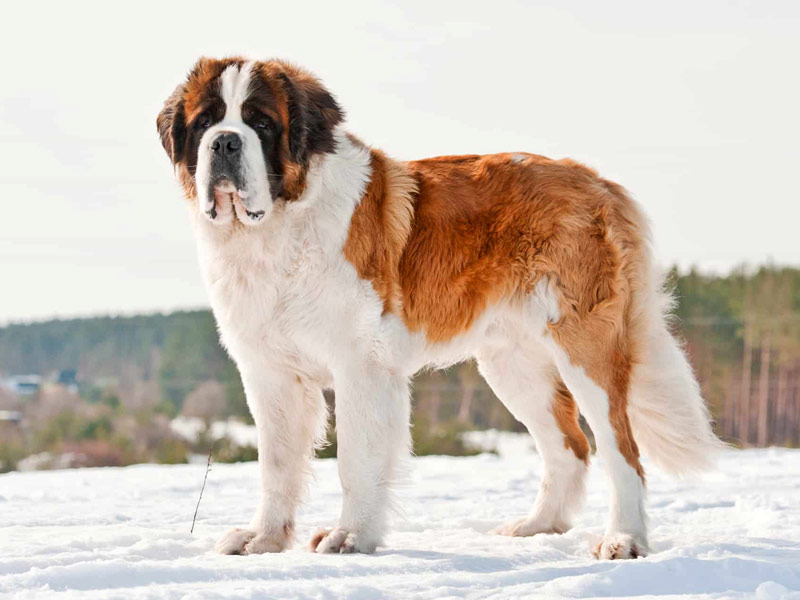 Another of the world’s best dog breeds is Saint Bernard. The dog is useful in a variety of respects. They began as guards on Saint Bernard’s grounds. They were also involved in assisting missing and wounded passengers. They are now living family life as adorable dogs. Obedience in trials is one of the dogs’ main characteristics.

They also compete in weight-pulling events. Their strength and power enable them to perform even the most difficult tasks. The big dog is one of the most well-known and adored canines in the universe. They were celebrated with phrases like ‘extraordinarily muscular’ and ‘massive.’

Saint Bernards are distinguished by their black skin, narrow muzzle, and wrinkled brows. They seem ferocious due to their massive height. They are, though, very quiet on the inside. It will take a long time for the puppy to mature physically. As a result, these dogs will continue as large puppies for many years. They would not bark for no cause. This big dog has a life expectancy of 8 to 10 years. Despite their dense hair, they are not able to live apart from their kin. They, on the other hand, cannot withstand excessive heat. However, the dog seems to be very strong and energetic.

Also Read, 10 Dog Breeds That Are Easiest To Train 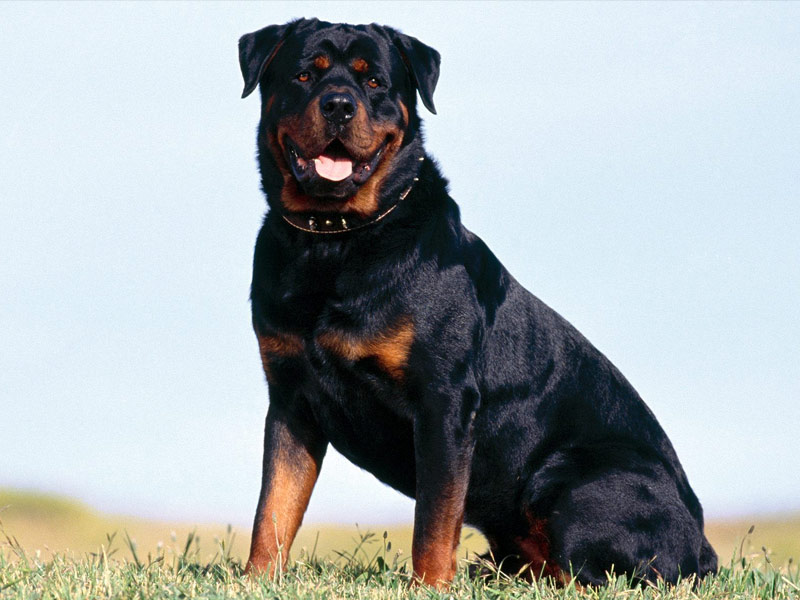 Another strong dog breed is the Rottweiler. They come in medium and big sizes, and the tough working dog is still a sweet playmate. They serve as a guardian within the family community. The most strong dog types have a short black coat with stunning markings. In their appearance, they seem to be cool and optimistic.

They began by assisting in Rottweil, a cattle town. Their responsibilities involved transporting items from one location to another and securing the properties from intruders. As a result, they were given the name Rottweiler. Butcher’s Dog with Rottweil is another name for them. They completed the work by introducing railroad cattle cars. Following that, the puppy was used as a patrol dog as well as a personal safeguard. They were prepared to perform heavy-duty duties with their strong bodies.

Another noteworthy thing is that they were the first guide dogs for the blind. They were also useful in search and rescue operations. They made a major impact on disasters in Oklahoma City and the World Trade Center, for example. These powerful dog breeds are descended from the first Roman drover dogs. During the first and second world wars, they took part in a variety of ways. It entails working as a courier, watchdog, ambulance driver, and weight puller. It is certain: it is their physical body that allows them to accomplish all of these functions. 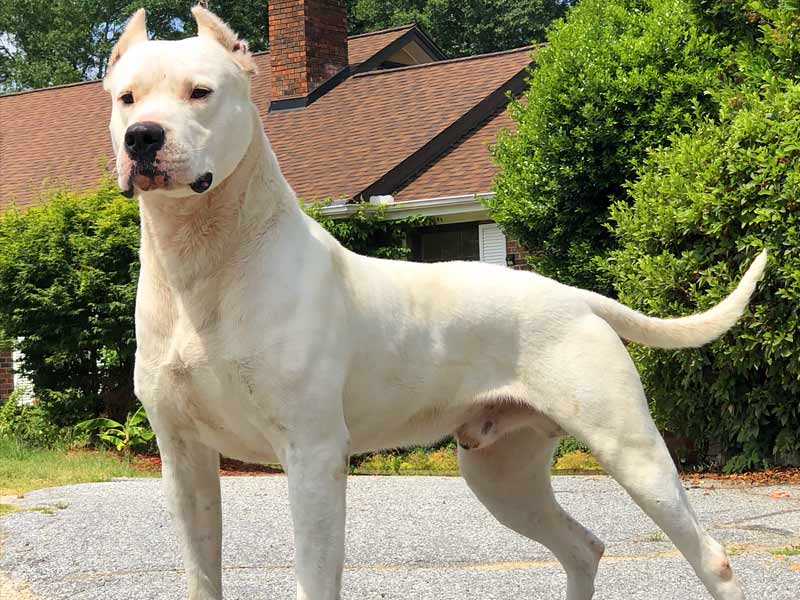 The Dogo Argentino is ranked fourth in the top ten strongest dog breeds. They are white-colored big breeds. They are indigenous to Argentina. Initially, they were used for big-game hunting. It entails killing wild boars and pumas. The dog is courageous enough to save his companions.

Furthermore, the strong and agile body stiffens them. The dominant head and graceful neck are stronger. They even have a muscular frame. They have a strong sense of smell and larger lung space. The puppy can fly long distances. They are never deterred from continuing their journey by inclement weather.

This dog breed was created by Dr. Augustin Nores Martinez. He adored dogs, and his experimentation with them culminated in this robust breed. This breed was successfully introduced in 1928. However, it took until 1973 for FCI to recognize it. This was the first Argentinean breed to be recognized by the FCI. The dog does a wide range of tasks. They are also ideal for search and rescue operations. Even in military service, the Argentine hero was given a chance. They were also suited for the roles of guide dogs and police assistance. As a result of their immense ability, Dogo can complete every difficult task. 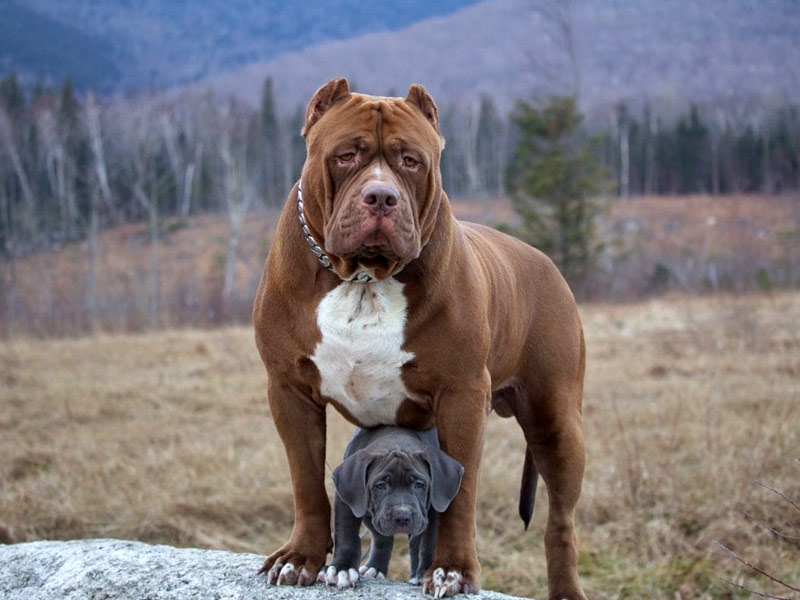 The terrifying-looking dog in the photograph is a pit bull. They were originally bred to lure bulls. They later became a common family dog breed. As a result, they are more patient with the girls. They are courageous and tenacious. The American Pit Bull Terrier is referred to as a pit bull. Because of their tremendous strength, we used these breeds in weight pulling competitions. They compete in obedience contests as well.

Dogs can also be used in some obedience competitions. To socialize the strong dog, proper training is needed. If you don’t have enough time to train them, it’s best not to have this puppy. They will make great children’s companions. They will, however, protect people from death if necessary. There have been many reports of these dogs attacking people.

The dogs are relatively bright and pick up orders easily. They want to be a part of all that is going on around them. The dominant dog has a great appearance, but they will be a better companion if well trained. They must maintain their lash in public. They can become aggressive towards other dogs if they are not properly socialized. Strong-bodied dogs are therefore a formidable friend for those who have good care and instruction. 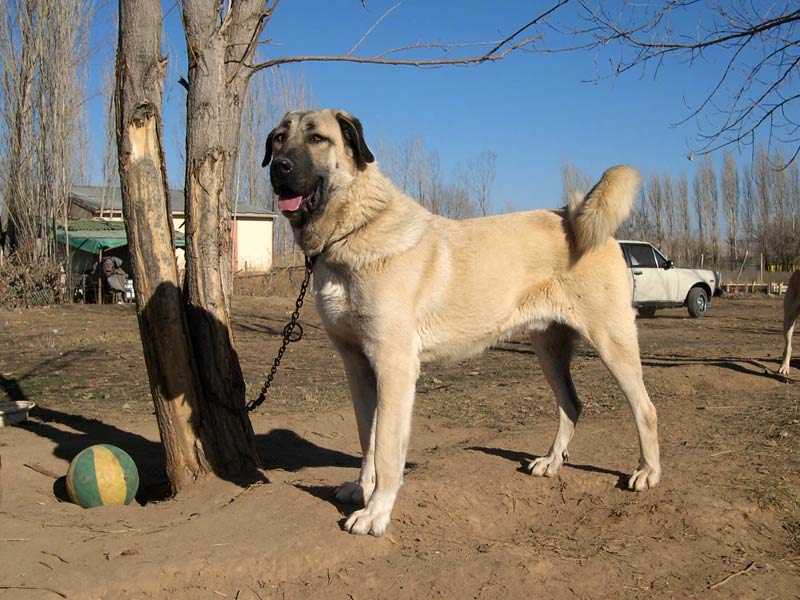 The list’s runner-up is a Kangal. They have a big body with huge bones and are strong dogs. Because of their resilience, we use these dog breeds as guardians against predators. They come from Turkey. The dog’s head is noticeably larger. Normally, the ears are open. They have a longer tail and a curling tail.

Above the skin, the dog has a double coat of fur that is moderately short. The ears are made of black velvet and have a velvety feel. The body is grey in color. Ses dogs were found in the Sivas region of Turkey.

Kangal Shepherd Dog and Kangal Cooban Koopeggi are two other names for them. This strong canine is a working breed.

They are built in pairs or groups to protect livestock from intruders. As a result, they are patient with children and other animals. They are hostile against predators. They are capable of protecting goats, sheep, and calves. The dog plays an important part on farms and freeholds. The dog has the speed, bravery, and determination to confront any attacker. The grown male of the breed can weigh more than 140 lbs, and this tough dog has a surprising biting force. The force exerted is more than 700 pounds per square inch. As a result, they deserve to be ranked second on the ranking. 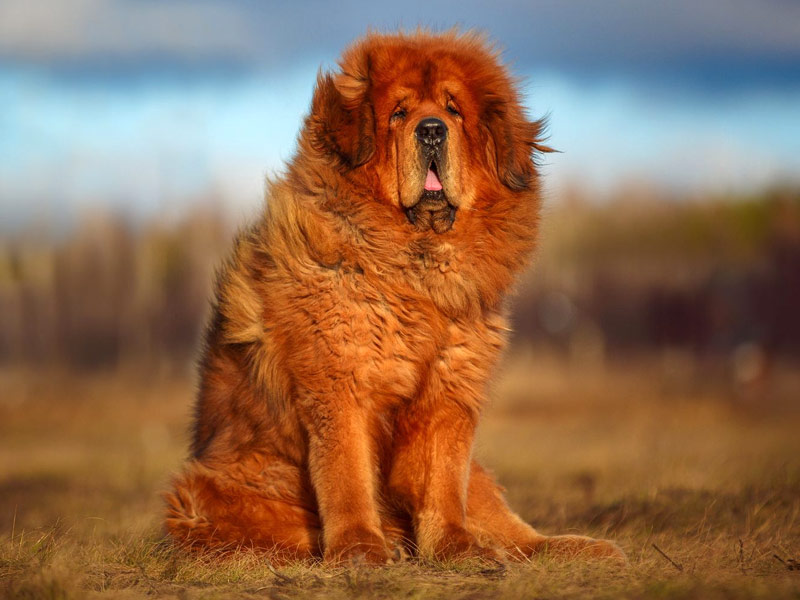 Now it’s time to find the strongest dog in the world. It is a Tibetan Mastiff with several quirks. In ancient Tibetan times, they served as watchdog. They have a watchful and commanding demeanour. As a result of the breed’s characteristics, the family members kept these densely coated dogs. They are gentle and patient with the family. The puppy, on the other hand, is very hostile toward strangers.

The dog’s structural features include V-shaped paws, dark eyes, and a broadhead. Because of its larger size, this dog cannot live in an apartment. They are most involved early in the morning and late in the evening.

At the time, they would exercise to preserve their excellent fitness. These breeds do well in family workouts. Because of their territorial qualities, they should be walked on a leash. Otherwise, they will become violent in the future. The dogs need early socialization and the proper instruction. They can’t stand indisciplined conversations or fights in the family. They can get tired easily if they do not get enough exercise. They can be approachable to youngsters. However, these massive dogs will also misinterpret the shouting noises and become violent. As a result, strong giant dog breeds are not appropriate for young children.