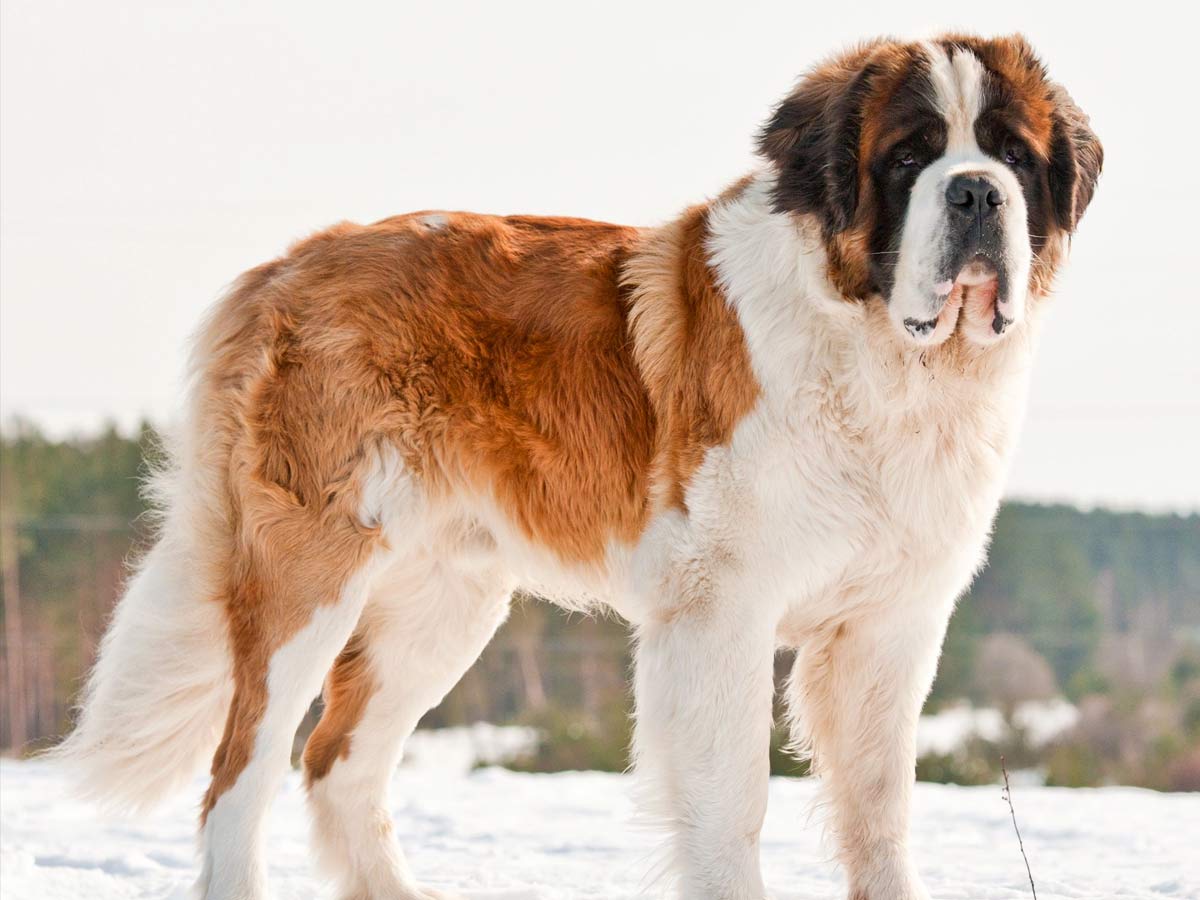 Dogs are great, either the smallest dog or the Biggest Dog, a dog is a Dog.

Dogs are one of the most friendly and loyal animals in the world. They understand our gestures, protect us, provide us company and play with us too. This is why the four-legged wonders are also called human’s best friends. We all love that feeling when our four-legged friend comes running towards us while wagging their tail and wraps their legs around ours. Some people like pet-friendly dogs like golden retrievers, while others like to have beasts like the good old German Shepherd. There are hundreds of dog breeds worldwide, and each one of them was used for different tasks in the past.

The diversity of dogs is not just limited to their color, breed, or behavior. Different dogs also differ in their sizes. From teacup pomeranian to the Great Dane, dogs can be really small or amazingly huge. Some people like small breeds like Pomeranians and pugs, while some others like the big ones like Alaskan Malamute or the Neapolitan Mastiff. We’ve compiled a list of the 8 biggest dog breeds in the world 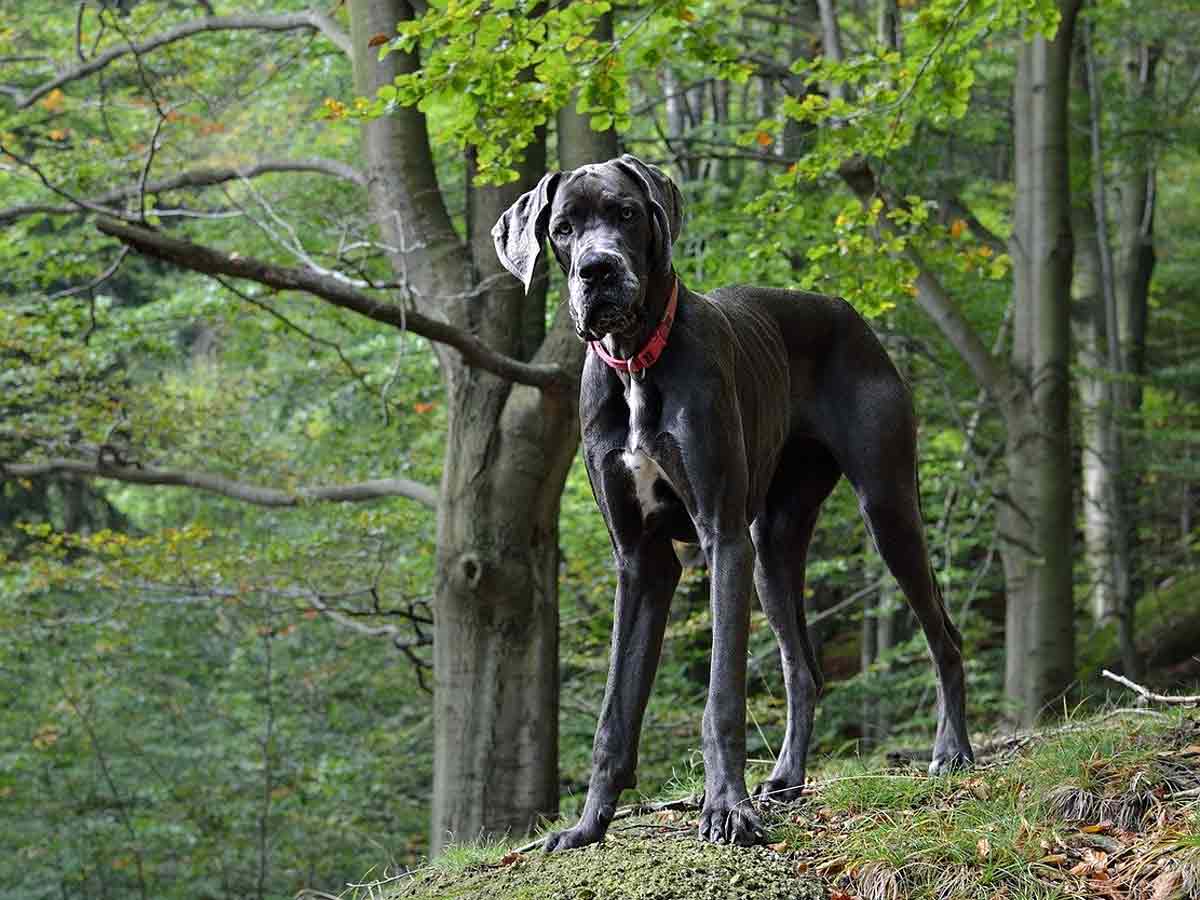 The Great Dane is considered to be the biggest dog breed in the world. It is a German breed, and these dogs can be really tall. It is actually a result of a cross between English mastiffs and Irish wolfhounds. While these dogs can grow up to 32 inches, they are slimly inbuilt and hardly weigh over 55 kg. However, the lifespan of these dogs is not as long as their height, and they only live for 6 to 7 years. 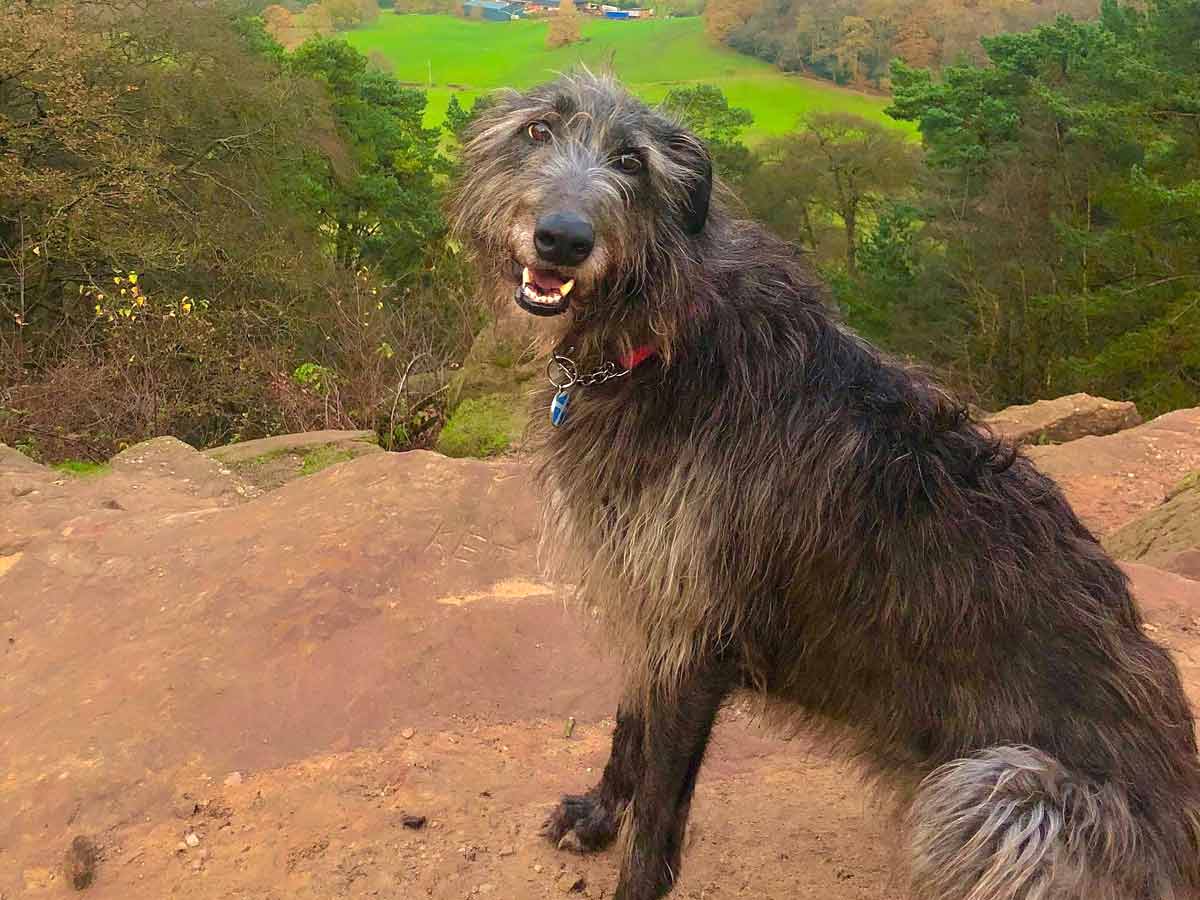 As the name suggests, the breed Scottish Deerhound originated in Scotland. These dogs can grow up to a height of 32 inches and weigh between 50 to 60 kg. They were used as hunter dogs to chase and hunt deers in the old times. Now they are kept by dog enthusiasts who present them in different shows. However, they are no longer used for hunting and are found only in small numbers. 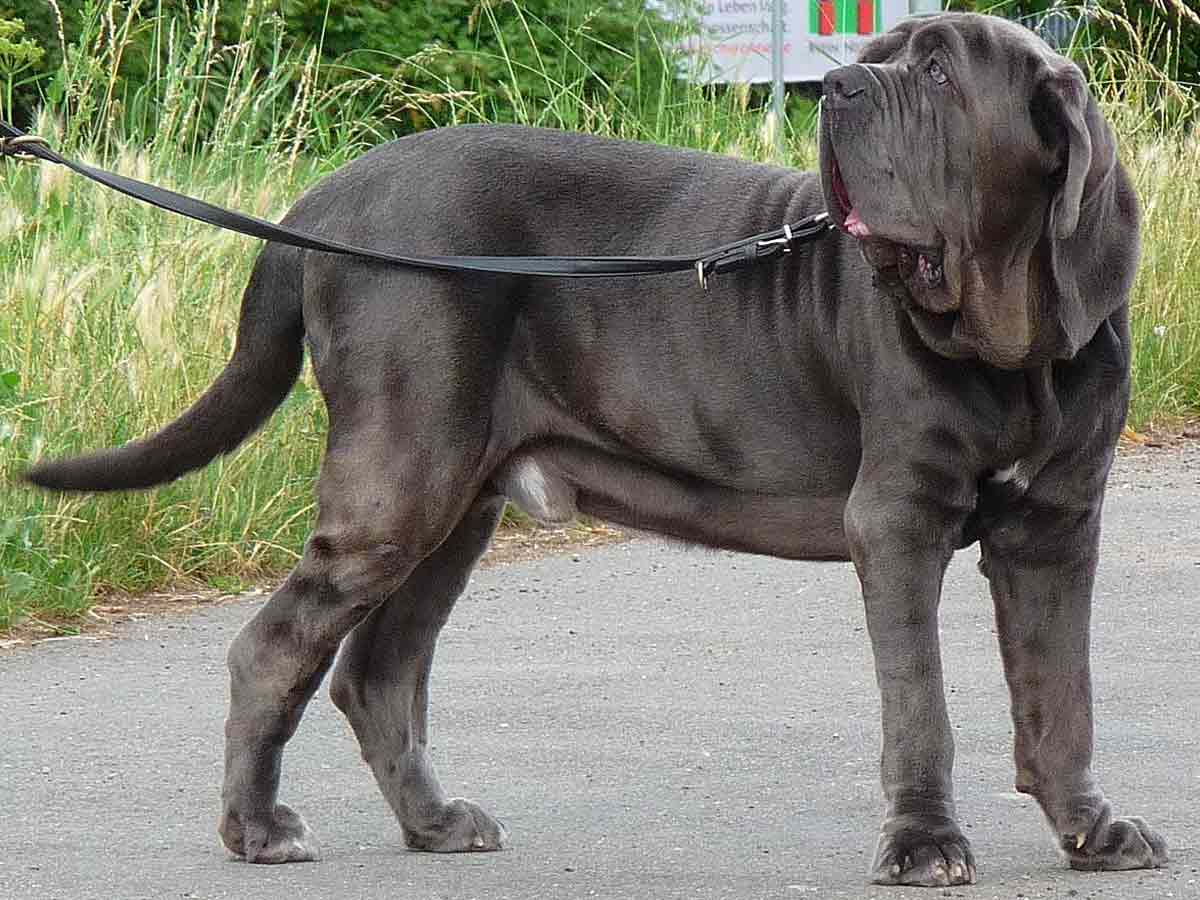 Mastiffs are known to be one of the most aggressive and biggest dog breeds in the world. The origin of Neapolitan Mastiff is traced to Italy. An average male Neapolitan Mastiff can stand at the height of 31 inches and weighs between 60-75 kg. These are fearless in nature and prove to be excellent guard dogs. Unlike normal dogs who bark to keep the intruders away, these dogs remain silent and attack the intruders within seconds. 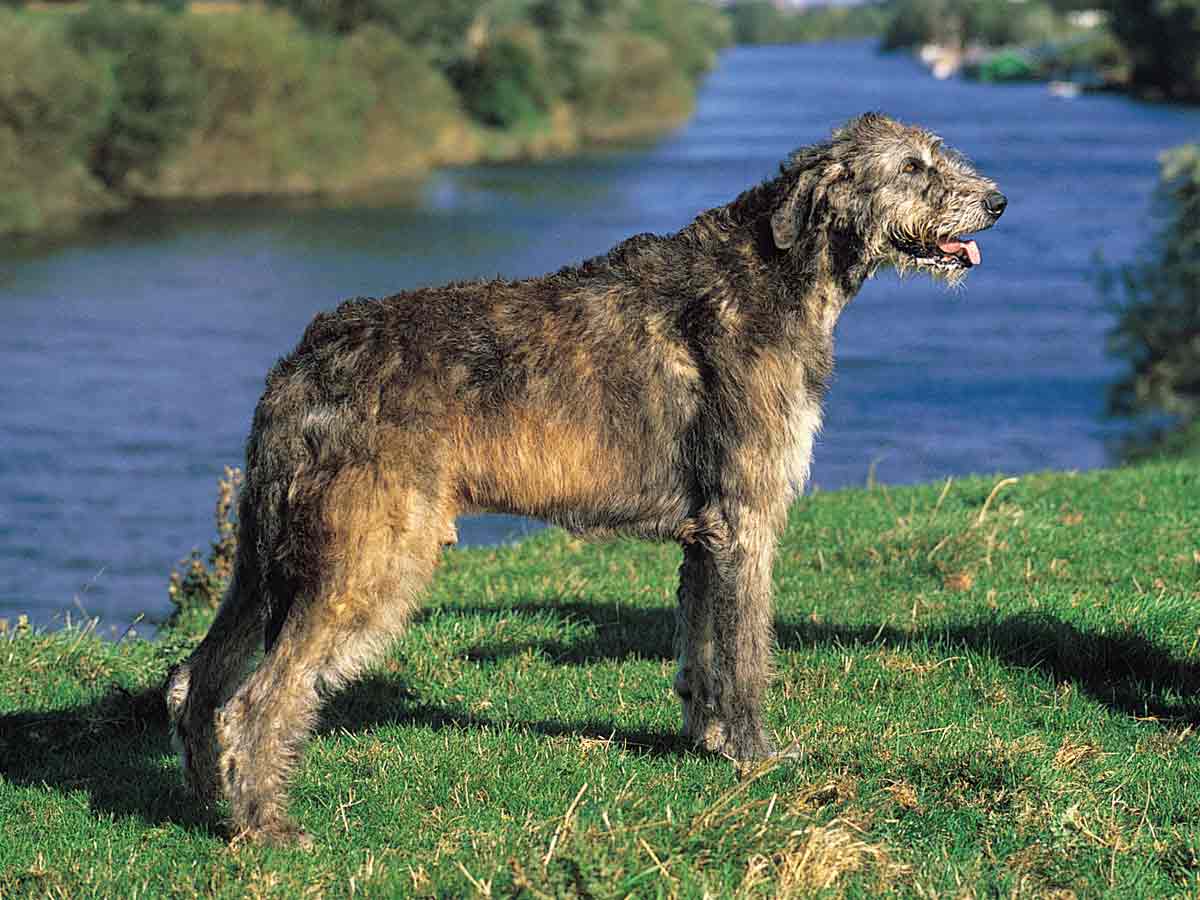 The name of the dog is enough to associate the breed’s origin with Ireland. Irish Wolfhounds were used to chase down the wolves in the past. They were actually war dogs that were transformed into hunting and guard dogs. Their origin can be traced back to 7000 BC. These dogs are known to be very intelligent and easygoing. Male Wolfhounds can grow up to 35 inches, while females can grow up to 32 inches. 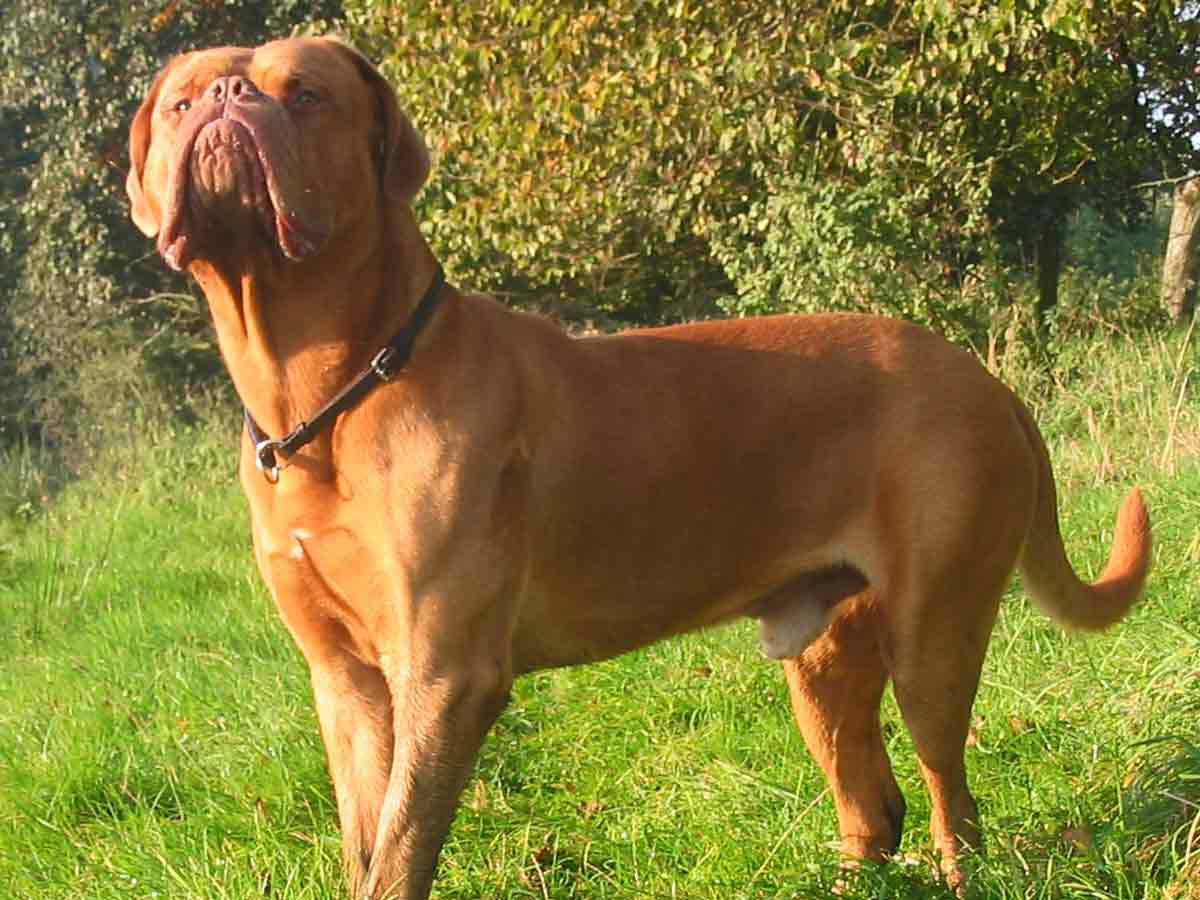 There are many names of Dogue de Bordeaux. The dog is known by several names, such as Bordeaux Mastiff, French mastiff, and Bordeaux Dog. These dogs were first bred in France, and they are one of the most ancient breeds from the region. Bordeaux Dogs are known to have the largest head of any canine concerning body size. They are mainly used for guarding purposes and can grow up to 27 inches. 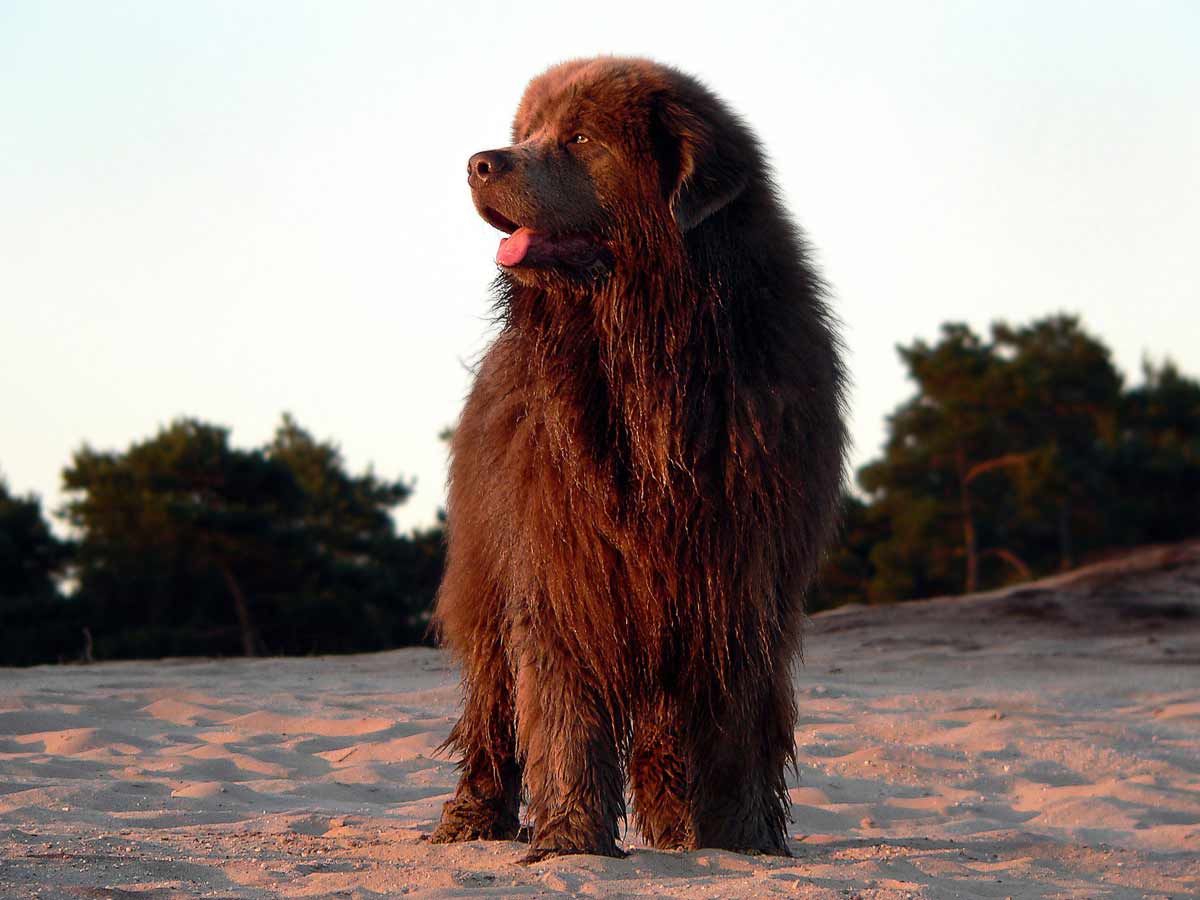 Newfoundland is one of the most intriguing and biggest dog species in the world. Unlike other dogs in the list, Newfoundland was not bred for guarding purposes. They were produced to help the fishermen. They have a very muscular built that allows them to pull carts, boats, and nets. They are also great swimmers. A Newfoundland can grow up to a height of 30 inches. However, they look bigger than they actually are due to their thick and furry hairs.

Saint Bernard is one of the most popular dog breeds. These dogs were created for rescue purposes in the Swiss Alps and northern Italy. While they are now used as rescue and training dogs, they also prove great family dogs. Saint Bernards are extremely friendly and loving. They are also very playful and gel well with children. A Saint Bernard can grow up to a height of 30 inches. 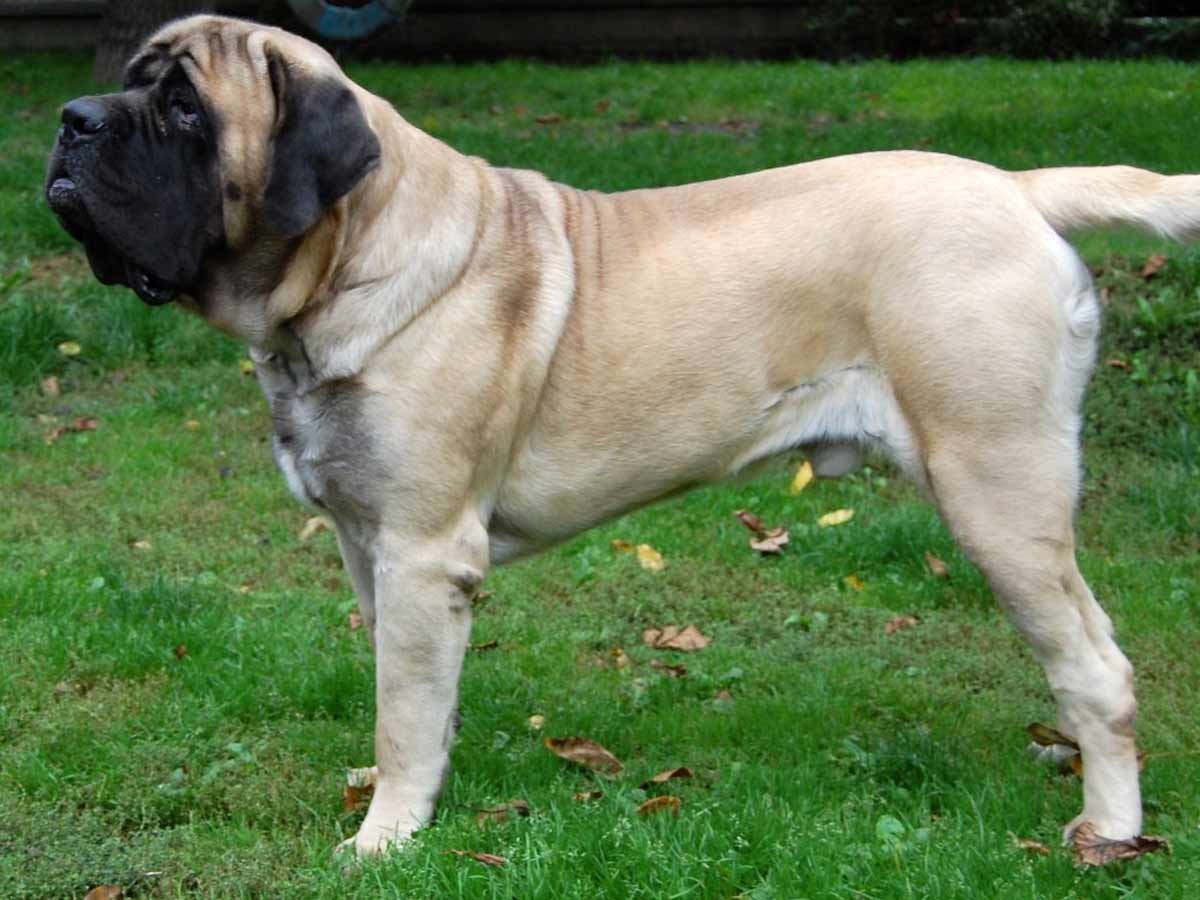 English Mastiff is another breed of dog that is known for its great height. English Mastiff holds the record for being the heaviest and biggest dog in the world. The heaviest dog ever recorded was a dog named Aicama Zorba that weighed 343 pounds. These dogs were used for baiting wild animals like bears and lions in the past. They are courageous, fearless, and friendly. That’s why they make great family dogs. An English Mastiff can grow up to a height of 30 inches.