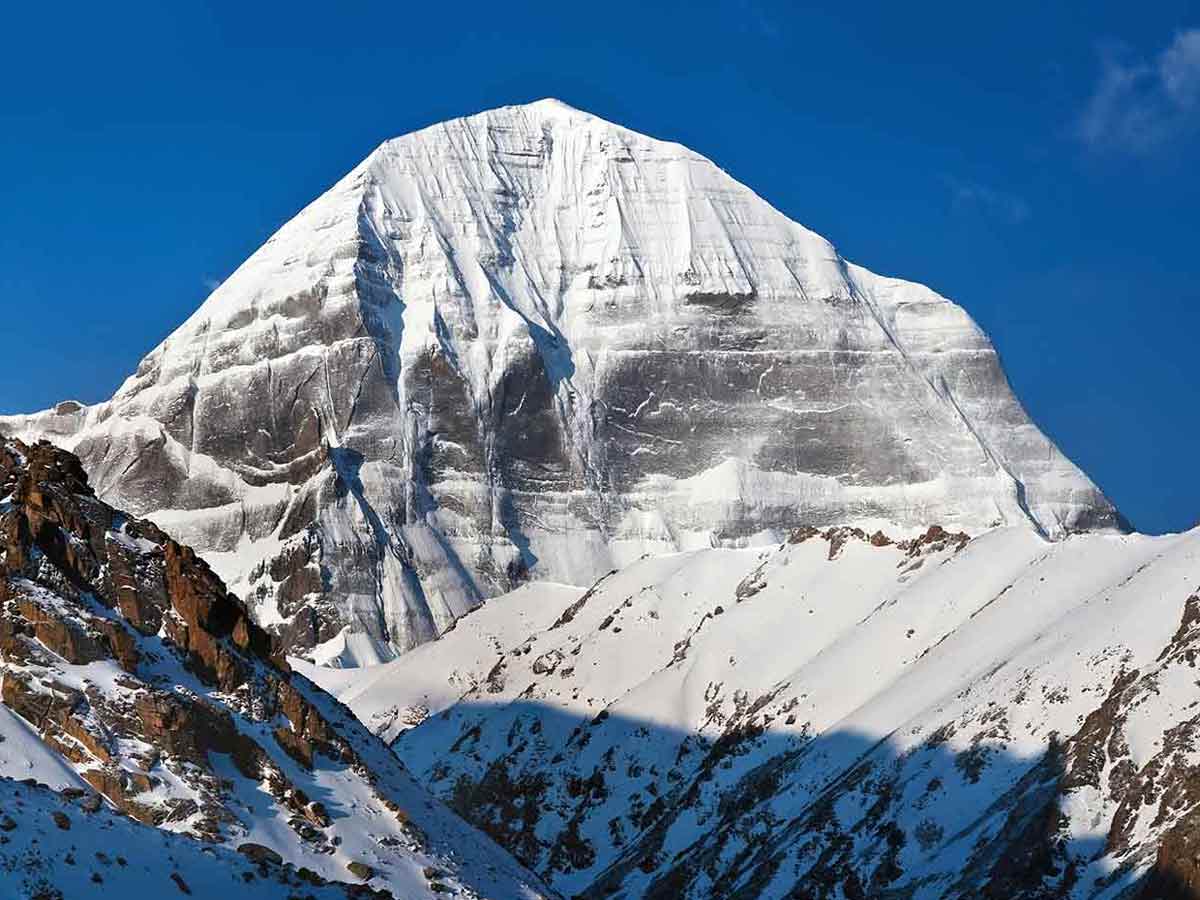 Mount Kailash in Tibet is revered by four Asian religions and millions of people, making it one of the world’s most holy sites. Pilgrims from the Buddhist, Hindu, Jain, and Tibetan Bön faiths visit Kailash to conduct ritual treks around the mountain’s base. However, a half-century of Chinese control in Tibet has stifled religious and cultural expression. After years of total religious persecution, during which hundreds of monasteries were demolished, and pilgrimage was prohibited, Tibet today faces cultural dilution as Chinese immigrants flock to the region with official assistance. 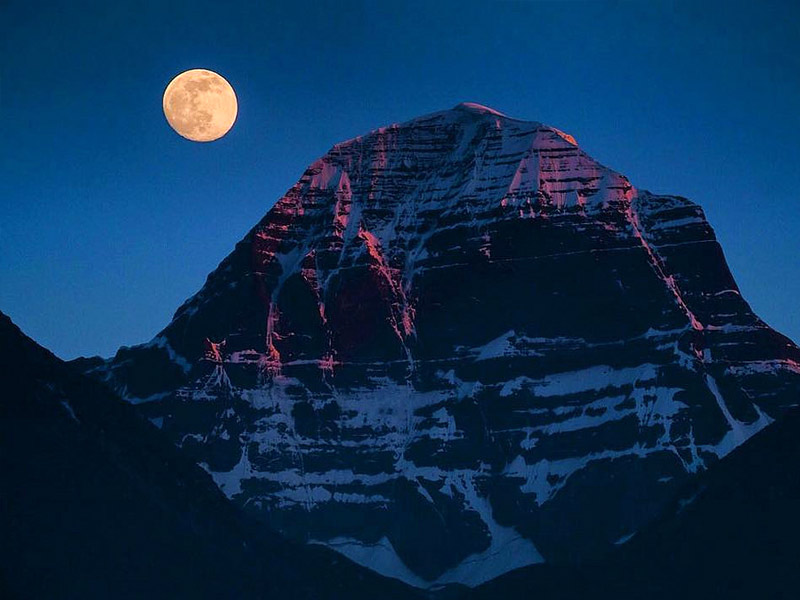 As a result, this spiritual mountain serves as the world’s center and a sacred site for numerous groups. The miracles at Kailash Mansarovar have been continuously heard, theorized, discussed, and even researched, but no conclusion has been reached.

Pilgrims from all over Asia journey over the breathtaking high-altitude terrain of rural Western Tibet to pay their respects and stroll around the sacred peak. It is one of the world’s great overland journeys and, considering the height, is surprisingly easy to reach.

Recently, the Chinese government has ramped its attempts to turn Kailash into a tourist destination, directing funds to infrastructure construction in this isolated location while disregarding the site’s sacredness. “Mount Kailash and its surrounds have a unique symbolic importance for Tibetans,” according to the Dalai Lama. Since the birth of the Tibetan nation, the territory has been an indisputable part of Tibet, and the sacred mountain has long been a source of spiritual inspiration.”

A trek to Mount Kailash 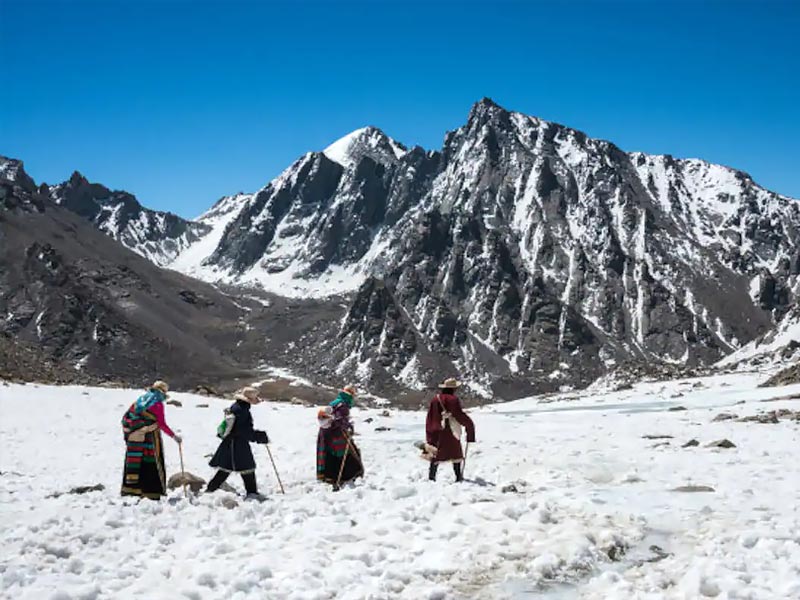 The stunning physical position of Kailash, a lone peak isolated from the main Himalayan range in Tibet’s Kangdise mountains, contributes significantly to its potency. The unusually four-sided mountain rises abruptly from the surrounding plain, its four sides pointing in the four cardinal directions. Four of Asia’s largest rivers — the Indus, Sutlej, Brahmaputra, and Karnali – originate in its foothills.

The days are short, and you can hire native yaks or porters to carry your luggage. You can camp along the way or stay in modest pilgrim accommodations at the monasteries of Drira-puk and Zutul-puk. You’ll walk alongside Tibetan nomads, Indian tourists, and Bön pilgrims, visiting three monasteries and hundreds of religious places along the way, including boulders etched with stone mantras.

Kailash has such spiritual potency that some believe a single round – or kora – of the mountain may wash away a lifetime’s worth of sins. Visitors leave a souvenir of themselves on the mountain at one location known as Shiva-tsal, usually a piece of clothing or a strand of hair, as a reminder of the old life they are leaving behind. Hard-core pilgrims strive for 108 laps, with some crawling around the mountain like caterpillars and doing full-body prostrations. A tour around Kailash is a spiritual as well as a physical adventure.

What to see in the Kailash area 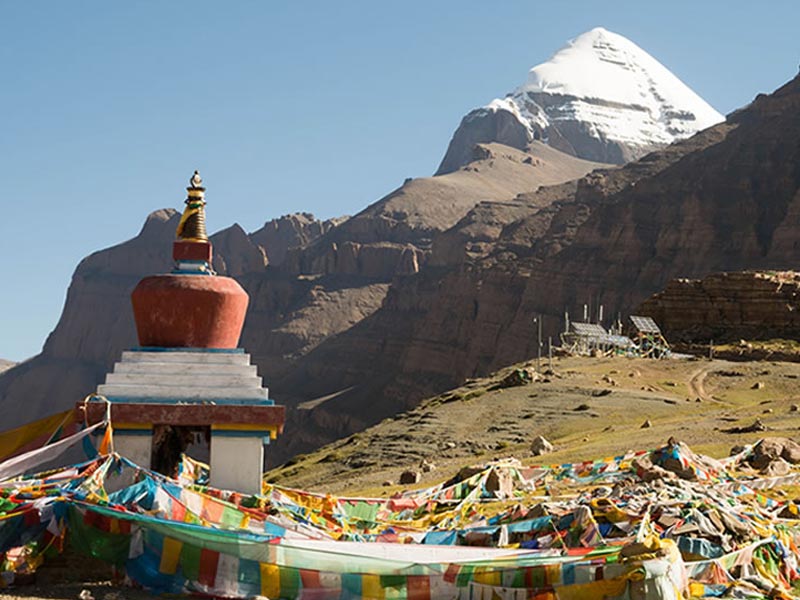 Lake Manasarovar (Mapham Yum-tso in Tibetan) is a beautiful high-altitude lake considered sacred by Tibetans and Hindus. Pilgrims trek around the lake in four days. Still, it is now feasible to drive around it, stopping (and ideally staying overnight) at the lovely lakeside monasteries of Seralung, Gossul, Trugo, and Chiu along the way. Views of the vast cobalt seas, flanked by the snow-capped peaks of Kailash and Gurlha Mandata (7728m), are absolutely breathtaking.

Thöling Monastery and the remains of Guge, a 10th-century Buddhist monarchy that relied on adjacent Kashmiri and Ladakhi traditions to create some of the Himalayas ‘ most magnificent Buddhist art, are a day’s journey from Kailash. Exploring the paintings, tunnels, and hilltop castle of Tsaparang, the old Guge capital, is one of Asia’s finest experiences. Plan a three-day return trip from Kailash, stopping along the way to see the magnificent Silk Road-style cave paintings at Dungkhar and Poyang.

It’s tempting to make the long journey up to Mt Kailash with as few stops as possible. Still, it’s worth stopping en way at the crag-top Drapsang Monastery, picturesque Dargyeling Monastery, and historic Tradun Monastery, all of which are located between Lhatse and Mt Kailash. 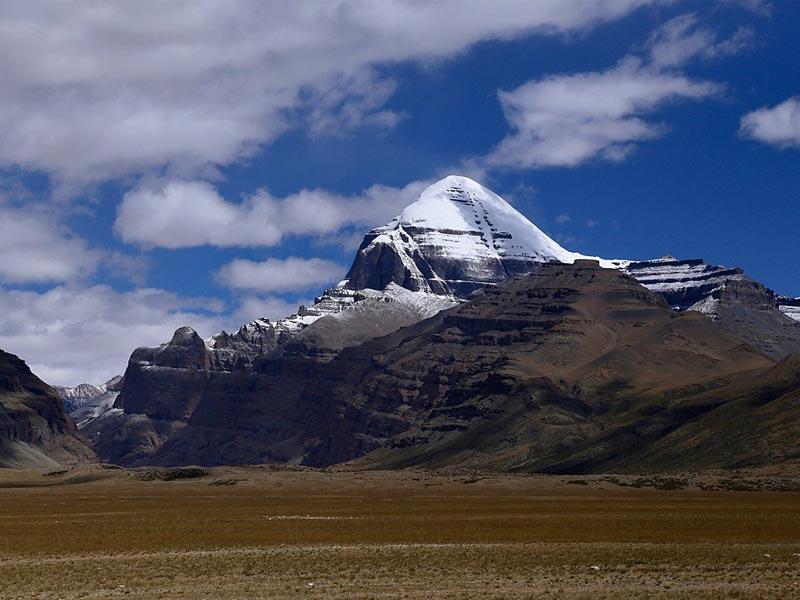 Chinese rule in Tibet continues to have an impact on Mount Kailash and religious practice there. Although the Chinese constitution guarantees religious freedom, the government strictly monitors religious practice. It is quick to prohibit any activities that may be seen as popular organizing or political opposition forms. Tibetan Buddhism is a particular focus of government mistrust because of its links to the Dalai Lama. Monks and nuns in Buddhist temples may be expelled if they do not sign statements agreeing, among other things, to reject the Dalai Lama’s political authority and accept China-Tibet unification.

Pilgrims to Kailash confront various difficulties. Permits are required for Tibetan pilgrims to access the peak. This is frequently a time-consuming and complicated procedure, and there have been complaints of increased difficulties in getting permits at all. Some Tibetan government officials in Lhasa were allegedly threatened with losing their pensions and potentially their employment if they traveled to Kailash to celebrate the Buddhist festival of Saga Dawa in 2002. 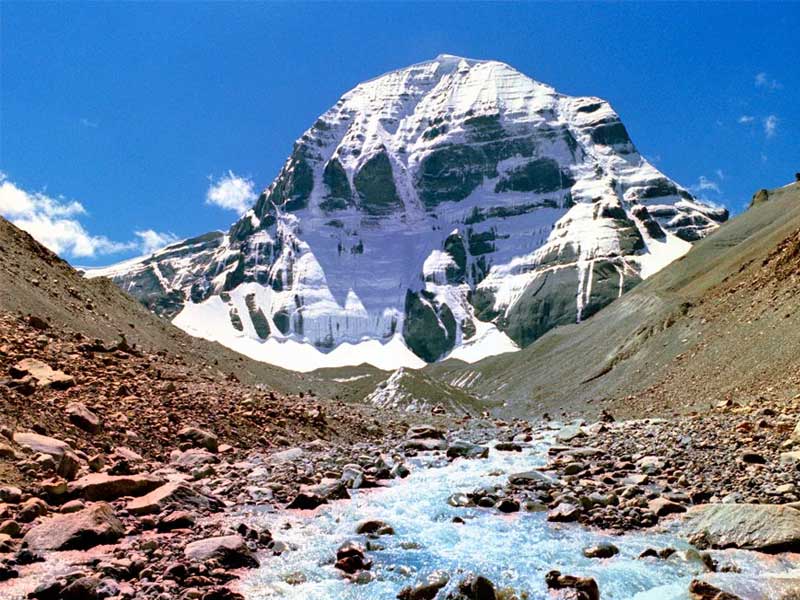 Chinese control affects not just Tibetan Buddhists but also foreign pilgrims. Each year, fewer than 1,000 Indian nationals are chosen through a lottery method from among the thousands who seek to undertake the trek to Kailash. Furthermore, the Kailash region and Tibet as a whole have been closed regularly for security reasons.

On a larger level, Tibetans face a cultural attack through “population transfer,” which began in the 1980s as a strategy of purposeful dilution of the Tibetan population through Chinese immigration. Interest-free loans and enticing salaries from the government pushed the Chinese to migrate to Tibet. New development projects and the possibility of economic opportunity are attracting additional Chinese immigrants. Some fear that the Chinese will eventually outnumber Tibetans in their own country. The Dalai Lama has referred to the population transfer as “cultural genocide.”

We have compiled a list of 15 secrets, riddles, or truths about Mount Kailash in the hopes of providing you with new information. Scroll down to learn more about Shiva’s enigmatic home.

First, the mountain’s form is a mystery. It appears to be a massive pyramid, and some Russian specialists believe it is not a mountain but rather a man-made pyramid. The wonder of the Kailash Pyramids was most likely constructed by a sophisticated civilization that knew the delicate principles of energy and how to manipulate energy and time.

The entire summit resembles a church, and the sides are highly perpendicular, giving it the impression of a pyramid. 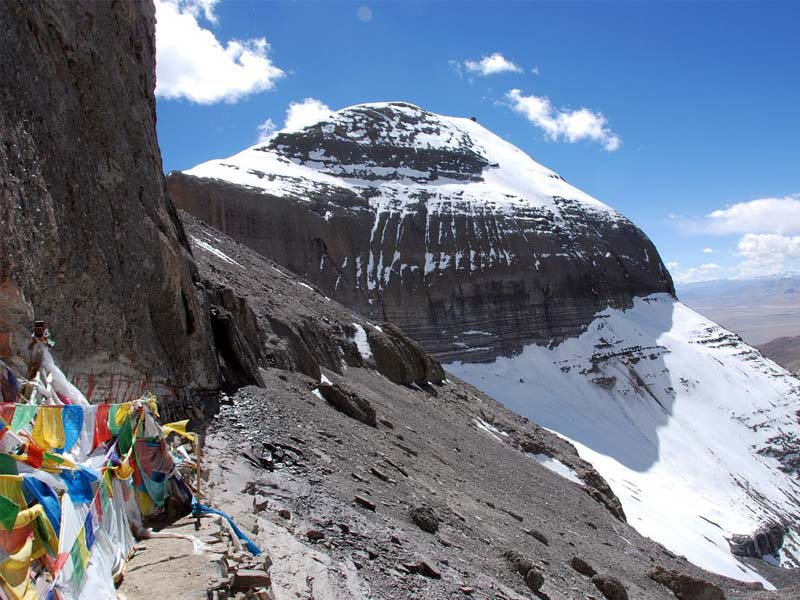 One Can Witness Faster Aging

Those who have visited the holy mountain claim to have seen fast growth, particularly nails and hair. The development of nails and hair, which normally takes approximately two weeks, occurs in just 12 hours here; the mountain air helps the fast aging process.

Climbers of Mount Kailash are reported to age quite rapidly. People have been unable to ascend the peak in recent years. Is there mystical energy in the mountains?

According to a vast number of studies done by Russian and American experts, the holy peak is the center of the globe and is known as the axis Mundi. It is also linked to numerous other sites throughout the world, including Stonehenge, which is precisely 6666 km away, the North Pole, 6666 km away, and the South Pole, which is 13332 miles distant from the summit. 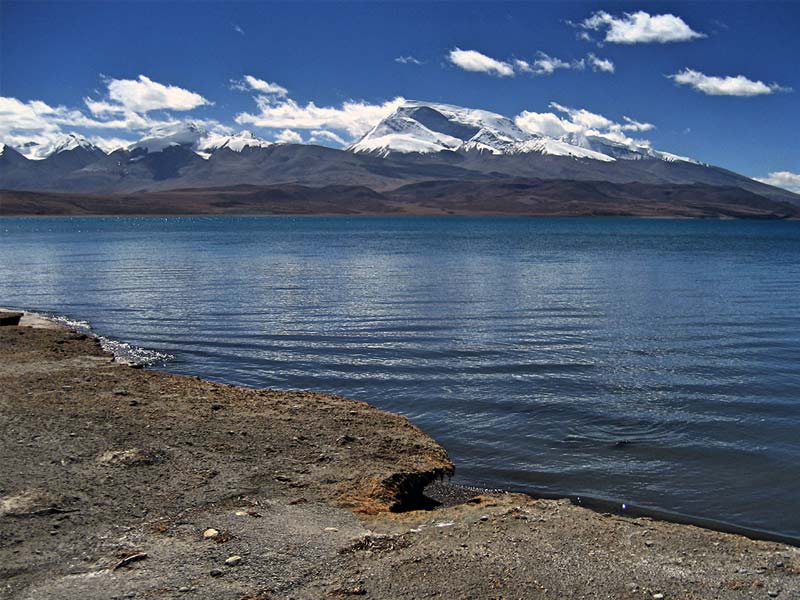 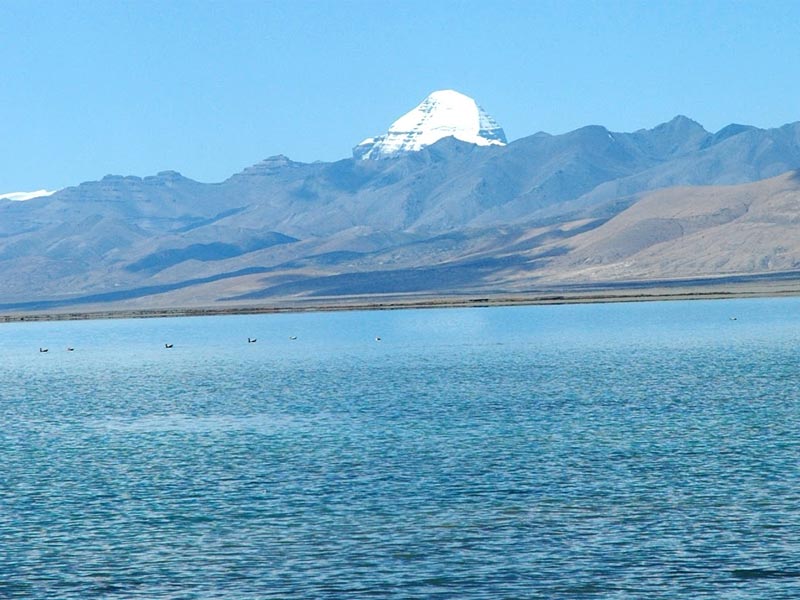 At the foot of the summit, two lakes, Manasarovar and Rakshas Tal, may be found. Manasarovar has a spherical form that mimics the sun, whereas Rakshas Tal has a crescent moon shape. The two lakes signify positive and negative energy. Another intriguing difference is that Manasarovar is a freshwater lake, but Rakshas Tal is a saltwater lake.

People believe that Mount Kailash represents the balance between the two and that we have both sides between us, and that there is no bad outside of us; we are evil.

When the sun sets, the mountain is believed to produce a shadow that bears a remarkable similarity to the Hindu holy symbol of Swastika, which is regarded as an encouraging sign. Om Parvat is still another intriguing unsolved riddle since snow falls on the top and forms the letter OM.

From the south of the ridge, one can see the Hindu OM sign of Kailash Parvat. This emblem comprises a massive ice trough and horizontal rock formations from the mountain’s peak.

Also Read, 10 Places In India Whose Links Can Be Traced Back To The Times of the Epic Mahabharata 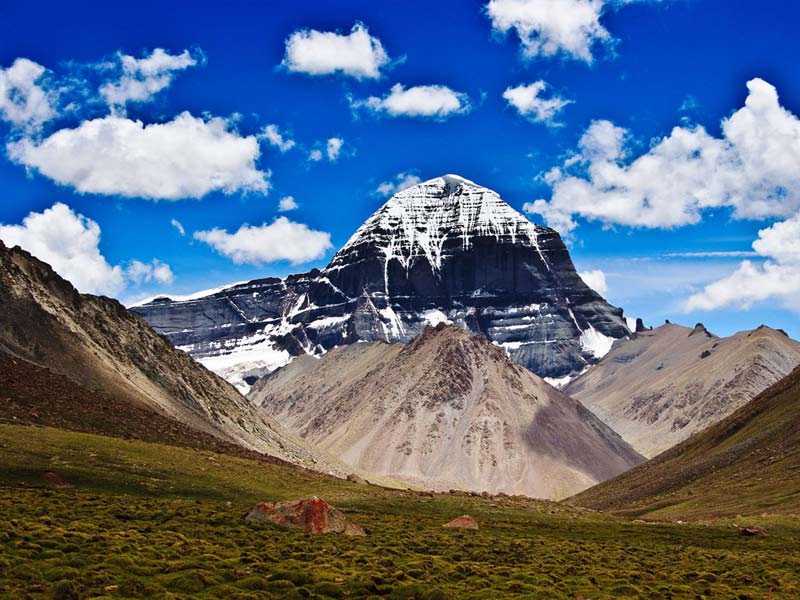 According to ancient texts, no mortal must be permitted to climb atop Mount Kailash, where the gods live amid the clouds. Anyone who attempts to climb to the mountain’s summit to see the gods’ faces shall be killed. The elevation of Mount Kailash is 6,656 meters above sea level. It is not the highest mountain in Tibetan territory. However, no one has reached the peak of Mount Kailash. According to tradition, only Milarepa, a Buddhist monk, climbed Mount Kailash.

Except for a Tibetan Buddhist monk named Milarepa in the 11th century, no one has successfully climbed the mountain since it alters its destination and tends to obstruct the paths, leading climbers astray. Trekkers might unexpectedly go in the opposite direction or encounter terrible weather, forcing them to descend, and many of them never returned. Until now, all attempts to reach the peaks have been futile.

People are unable to reach the mountain’s summit since its position is constantly shifting. This appears to be the world’s actual sacred mountain. 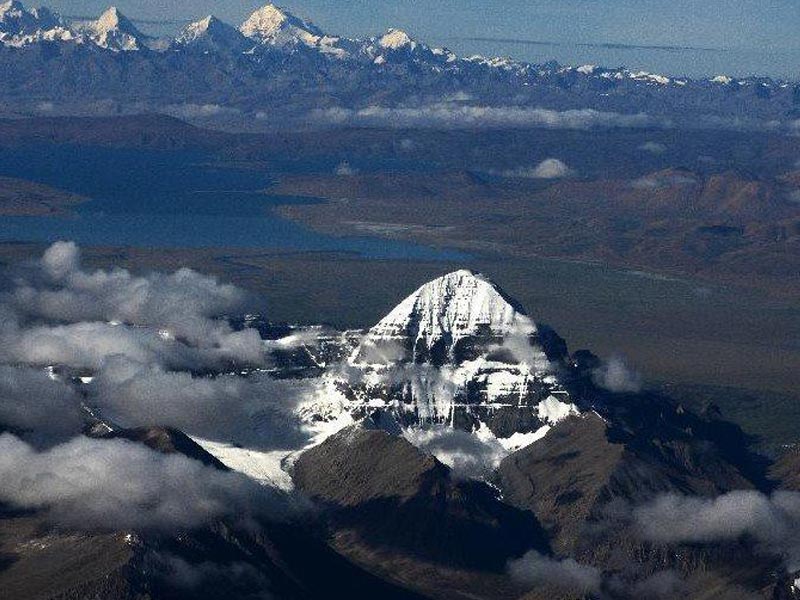 There are underground cities in the Kailash range region.

Shambhala and Agartha are two dungeons in the vicinity of Kailash. They are two subsets of human civilization. The Gobi Desert and the Himalayas are home to these two sophisticated civilizations.