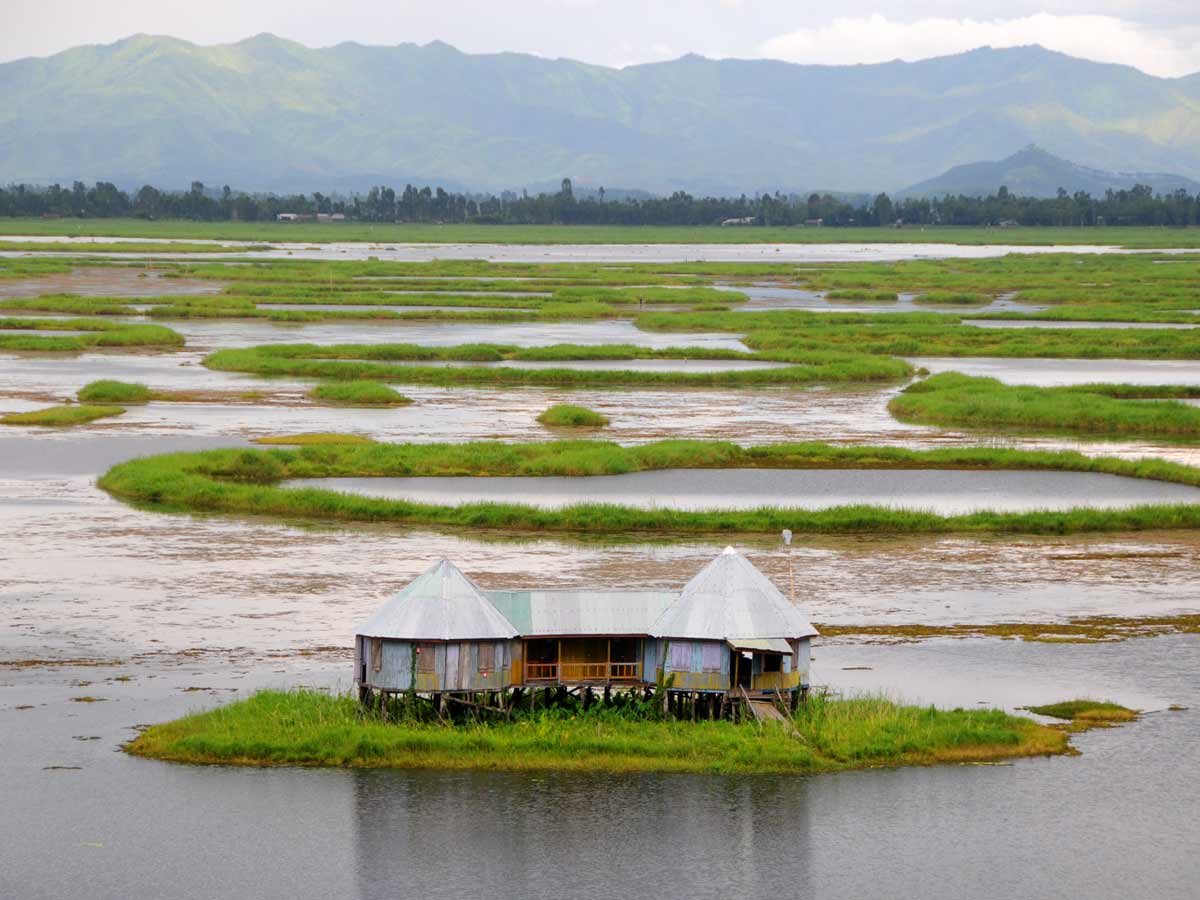 Stretched over the Himalayas’ foothills, the Northeast Indian hill stations form the area’s rich landscape. You cannot find time to mention North East India’s endless tourist attractions with crystal clear white water, infinite greenery, and new hills. The region is known for being a refuge for nature lovers and adventure junkies. Still, it provides a lot of tourists and people of all ages.

They are home to some stunning landscapes, native flora and fauna, and different cultures. We’re taking you through this remarkable sisterhood on a fact-ride! 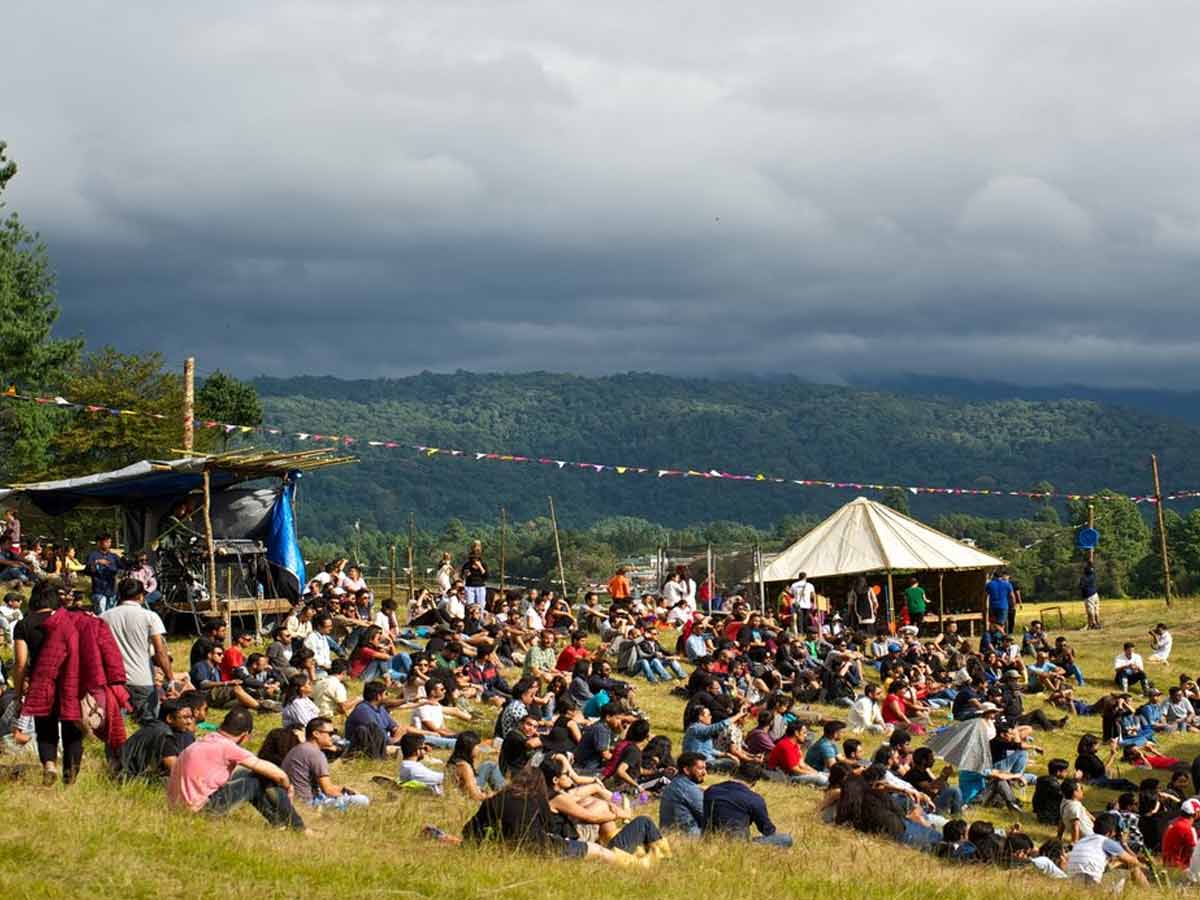 “Scotland Of The East”- Meghalaya

A lovely town covered by pine trees, Shillong is the capital of Meghalaya. It is named after Lei Shillong, the idol at Shillong Peak who was worshipped. A national relief from the heat is provided by Shillong, which is as high as 1496 m. For its breathtaking sights and customs, this mountain resort is popular. The soothing atmosphere makes Shillong ideal for all-season visits. The light drizzle and refreshing soft wind pleasurably visit this hill station. It is sometimes referred to as the’ Eastern Scouts.’

Descendants can be found in the tribes of Khyri, Mylliem, Maharam, Mallaisohmat, Bhowal, and Langrim. Shillong, the capital of Meghalaya, is home to innumerable cascades. The mountains are fascinating, the lakes are crystal clear, the golf courses are fantastic, and the critical reasons for visiting Shillong are the museums and the zoo. In addition to its majesty, the cave, the highest waterfalls, lush countryside, incredible people, and culture, Shillong also assists as a gateway to Meghalaya. The jovial individuals of Shillong and their culture have been primarily at the forefront. Interestingly, Shillong’s society is very westernized and very youthful.

As many leading artists have lauded her, Shillong is also considered the music capital of India. 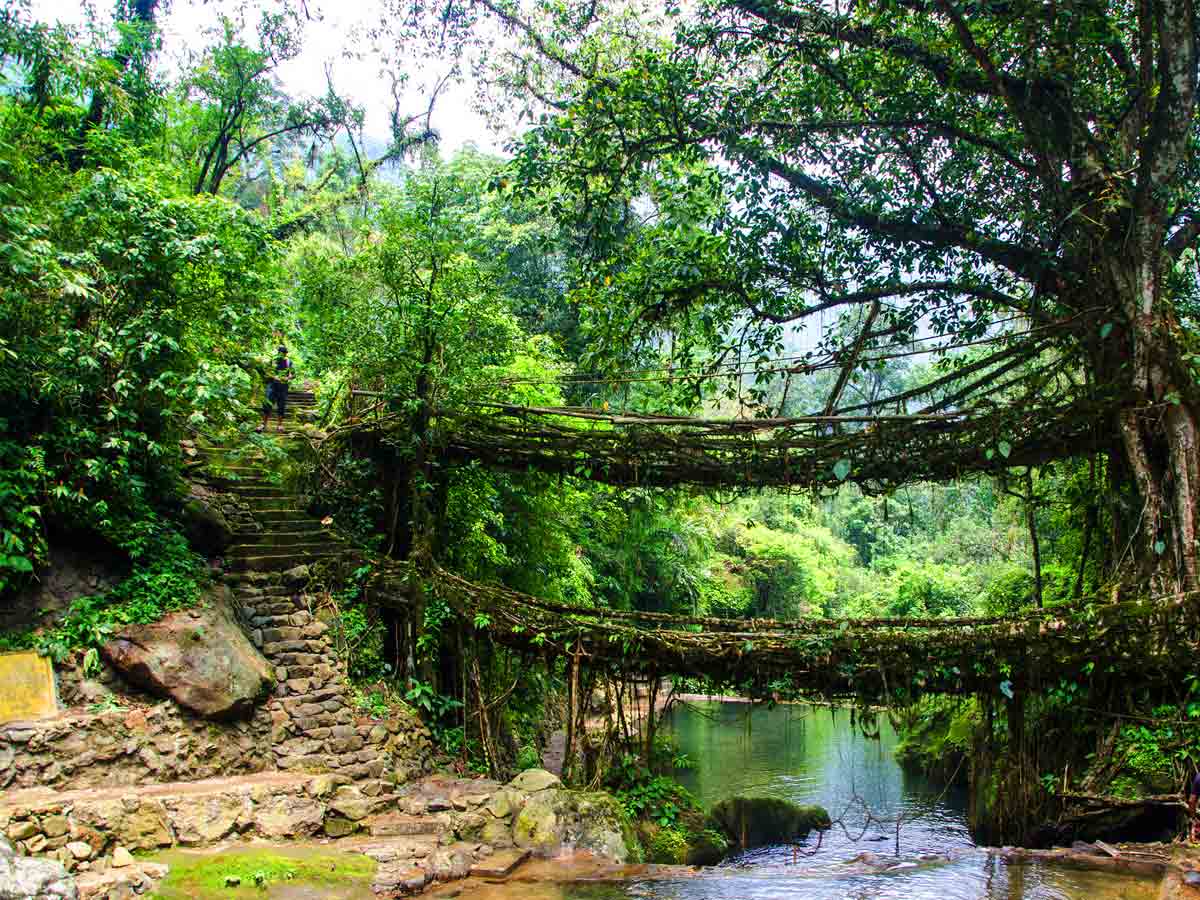 Walk or camp underneath the Root Bridges of Life.

Nature, man, and time have served their purpose in constructing incredible living root bridges in the West Jaintia and East Khasi Hills districts of Meghalaya. To build what is now called living root bridges, these bridges are created by roots of dense rubber trees, further manipulated by inhabitants by bonding these roots to the Betul nut plant trunks. They take between 15-20 years and have a life expectancy of more than 500 years to get stronger. You can walk on such bridges and camp under them to want a more unique experience. 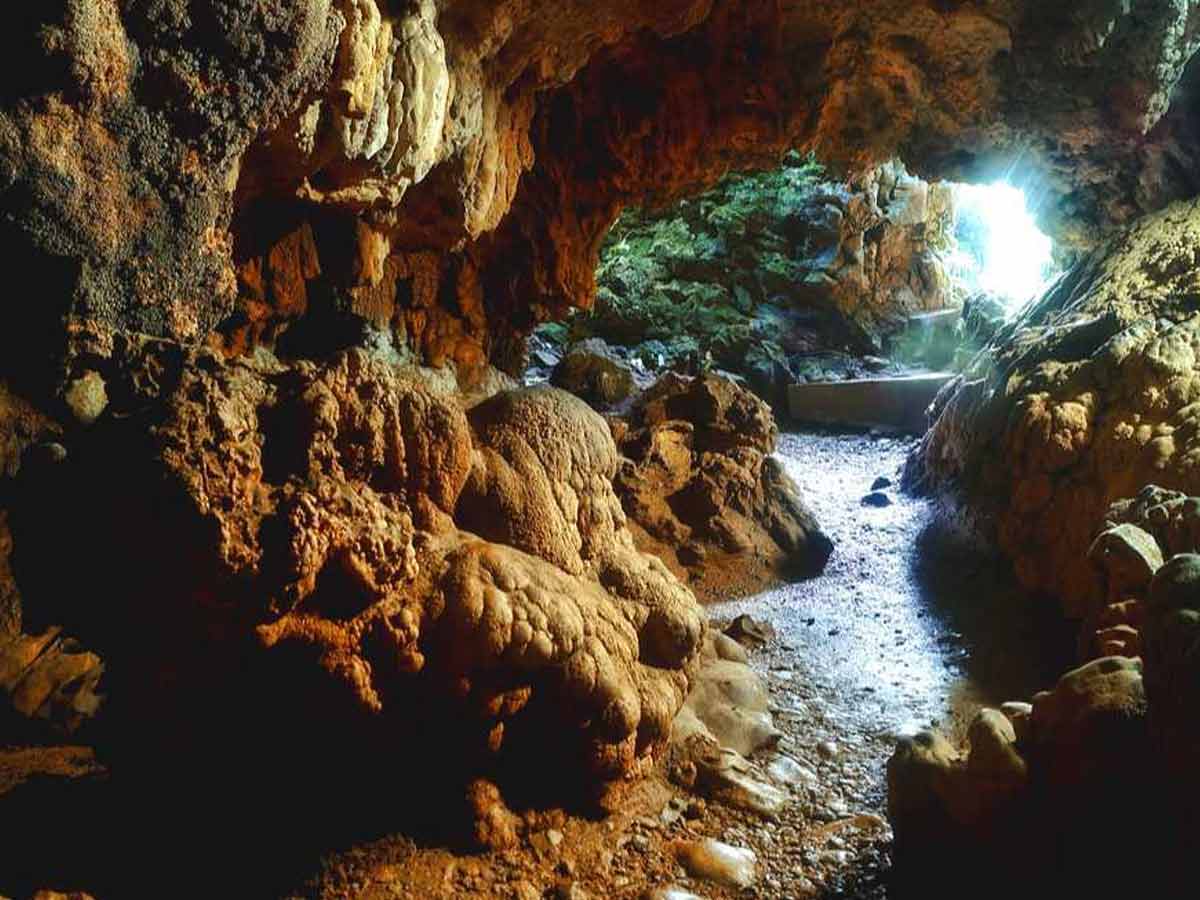 The Jaintia Hills, Garo Hills, and Khasi hills’ districts are sheltering to nearly 1,580 caves. Still, some are some of the world’s longest. There are caverns of all difficulty types, from simple to intricate networks of tunnels. The Krem Liat Prah (Jaintia hills), the longest cave extending 30,957 meters, contains the must-explore; Siju Caves (Garo hills) Mawsmai Cave. For their impressive rock formations and majestic stalactite and stalagmite structures, these caverns are famous. Do keep the narrow pathways on the lead up in mind when navigating these intriguing labyrinths.

Ziro is a place of calm and the birthplace of a distinctive tribal culture and a balmy atmosphere. Zero is a charming ancient city in Arunachal Pradesh, home to the Apa Tani tribe, famed for pine mountains and rice fields. Ziro is a picturesque old city of Apapa Tani in Arunachal Pradesh, renowned for its pine and rice fields. Ziro’s weather is mild throughout the year, allowing all commuting.

The lovely city of Tawang, also known as Dawang, has various scenic scenery for your journey. Nevertheless, the importance of the area to Buddhist monks starts to be established. The monastery of Tawang is the Buddhists’ most prominent and most holy one. Tawang is also a monastery. Tawang is a location that can flatter you with the scent of spirituality that envelops its natural beauty.

Marvel at the Himalayan elegance at Sela Pass 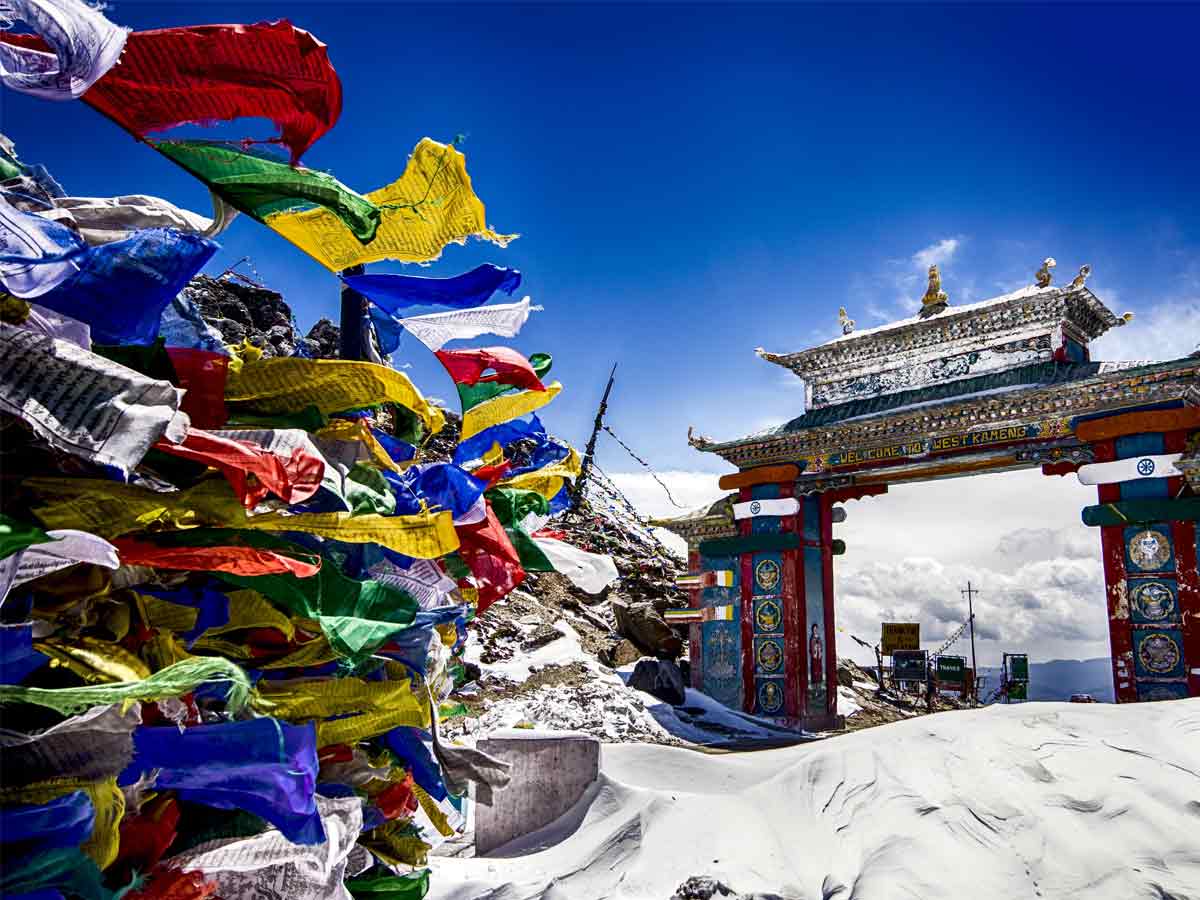 Established at an altitude of 4,170 meters, the breathtaking mountain pass of great geological significance is Sela Pass. It is the only path linking the Buddhist city of Tawang to the rest of the world. This path is a perfect place to rest and marvel at the breathtakingly stunning views of the snow-laden Himalayan ranges and the frozen Sela Lake near the trail’s summit. The pass is open year-round, but it is often closed during the winter season due to heavy snowfall.

Embark on an excursion by river rafting

This one is more than just a trip down the river for those adrenaline junkies wanting more. In Arunachal Pradesh, there are two famous rivers where you can enjoy white water rafting, the Siang River and Subansiri. Both are full of rapids in categories III and IV, making them difficult, so it is best to book a rafting operator near these rivers.

You’ll be surrounded by emerald green woods when paddling down these roaring rivers. This is an excellent way to explore the woods while enjoying an exciting adventure. These rivers also encourage you to engage in angling and kayaking. 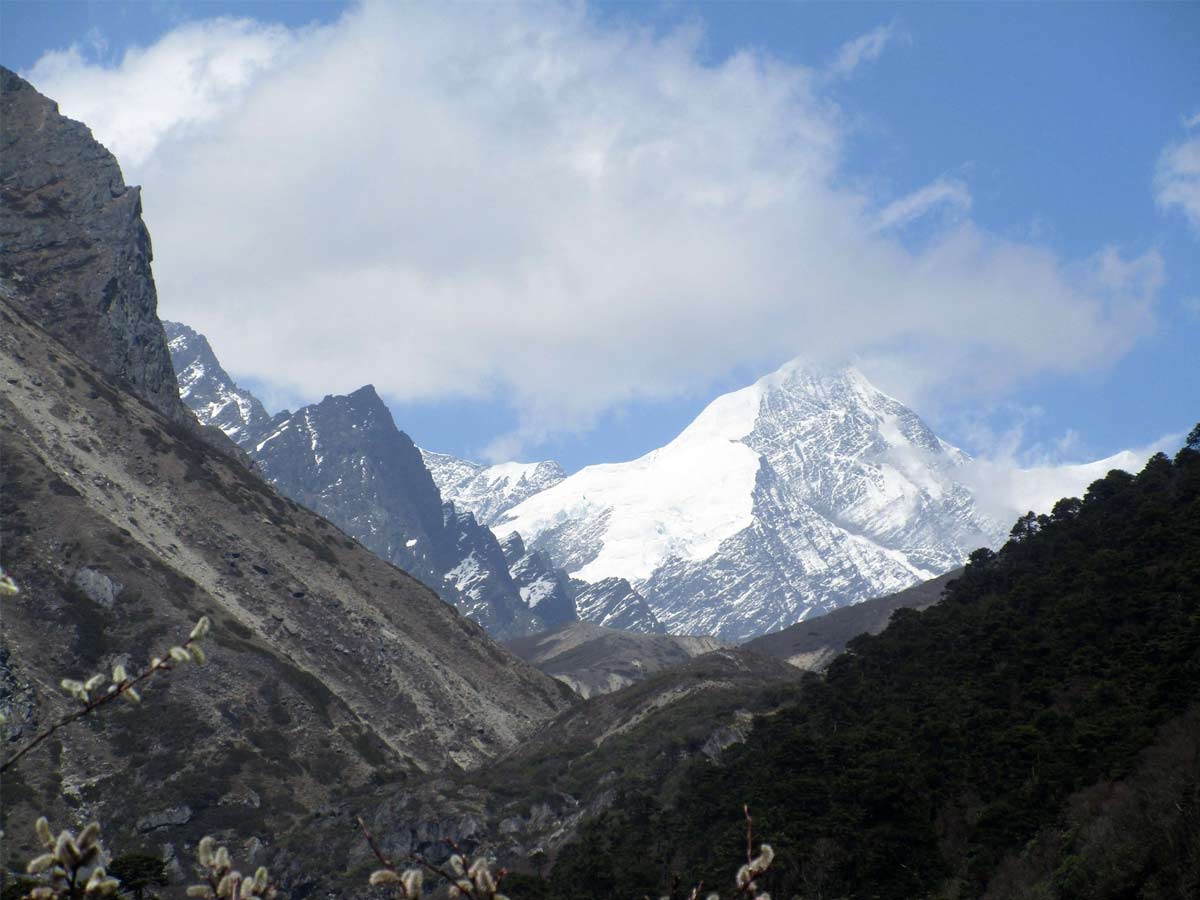 At an elevation of 6,488 meters, Gori Chen Mountain is the highest peak in Arunachal Pradesh. To hit the top, you should be an accomplished climber. Starting from Jang and stopping at Tawang, the full circuit takes about 15-20 days. This trekking path spans vast green fields, pristine lakes, and trees, providing unsurpassed views of the city’s magnificent mountains. Along the route, there are many sites where you can pitch camp and relax. The best time to climb is from April to May and from October to November.

Tripura is renowned for its Manikya ruling dynasty, which had an unbroken line of 184 kings before independence! To place it in perspective, there were 66 monarchs in England and Britain over 1500 years.

See one of Unakoti Hill’s most eclectic rock-cut sculptures. 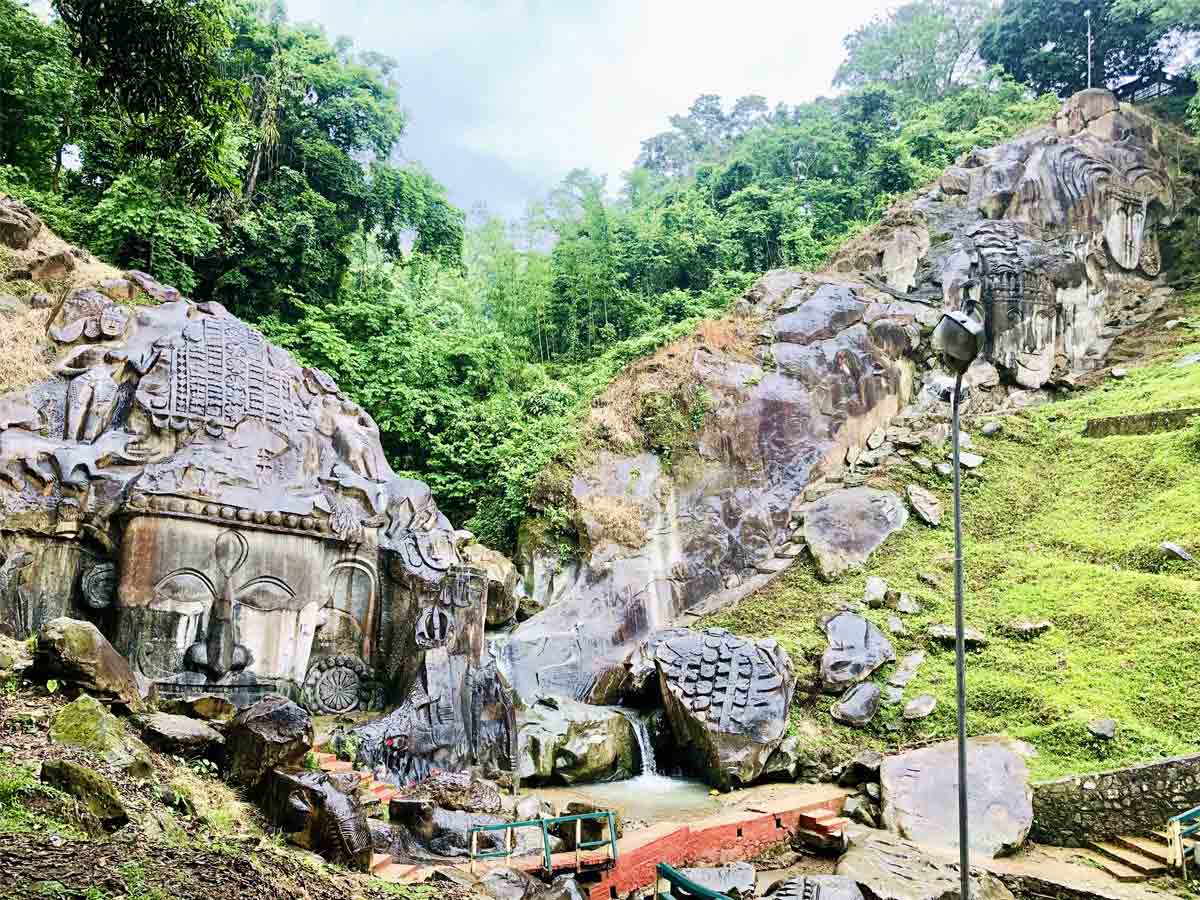 Unakoti hill, situated in Tripura, is renowned for its massive rock-cut and stone sculptures carved from the hillside and date back to many centuries ago. Photos of Ganesha, Lord Shiva, Maa Durga, and Nandi bulls are used in the carvings. Besides these fantastic rock carvings, there’s a beautiful rock carving.

Stand in the Neermahalhal, wonderstruck, 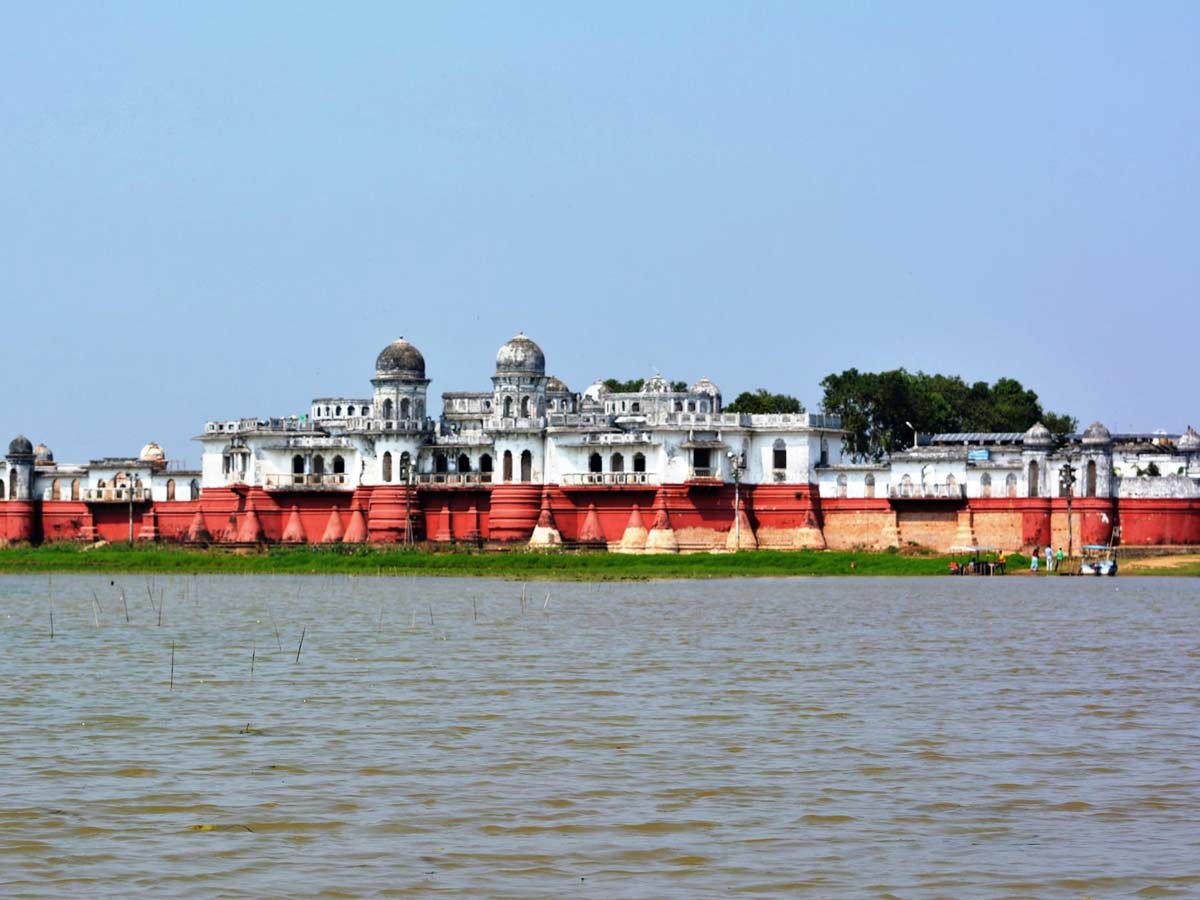 The Neermahal, translating to ‘Water Palace,’ is situated in the middle of Tripura’s Rudrasagar Lake and is one of two water manors in the region. Take a tour of this palace, which gives a glimpse into the former kings’ royal life who ruled the city. The architecture, which is a beautiful fusion of Muslim and Hindu styles, is a striking attribute. 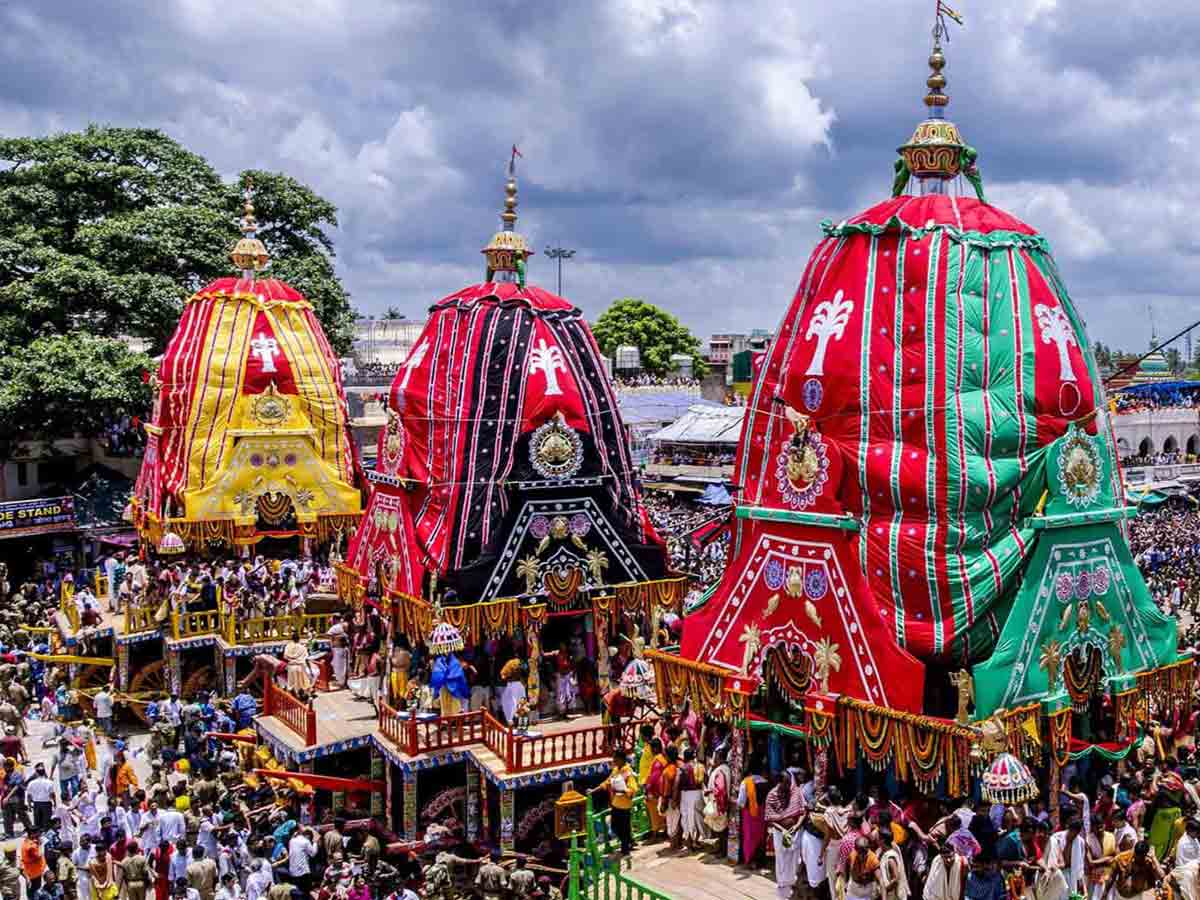 One of the most famous celebrations in Tripura is the Ashokastami Festival. Moreover, in March and April, this festival is usually observed. With great glory and joy, people enjoy this festival. People worship their gods and goddesses and head to the Ashtami Kunda River to take a holy dip. It is often assumed that Lord Rama performed the rites and attacked Ravana during the Ashok Ashtami. So, this festival is believed to eradicate darkness and bring light to the earth.

Also Read, These infamous cities of Spain will capture your heart

Did you know that Manipur is home to the world’s only floating park? A swamp consisting of biomass plants called phumdis, floating on Loktak Lake’s shore, is the Keibul Lamjao National Park and is also the only home to the virtually extinct brow-antlered deer.

Manipur is widely referred to as the ‘Country of Gems.’ It is a natural combination of rolling green hills, thick forests, peaceful lakes, and stunning landscapes. It looks like Paradise, huh? So, why does this place miss you? Imphal, Manipur’s capital, is a must-visit spot in Manipur. For its lush green valleys, misty mountains, and lakes, Imphal is renowned. It is also the top educational center of the Seven Sisters of India, among all the capitals. 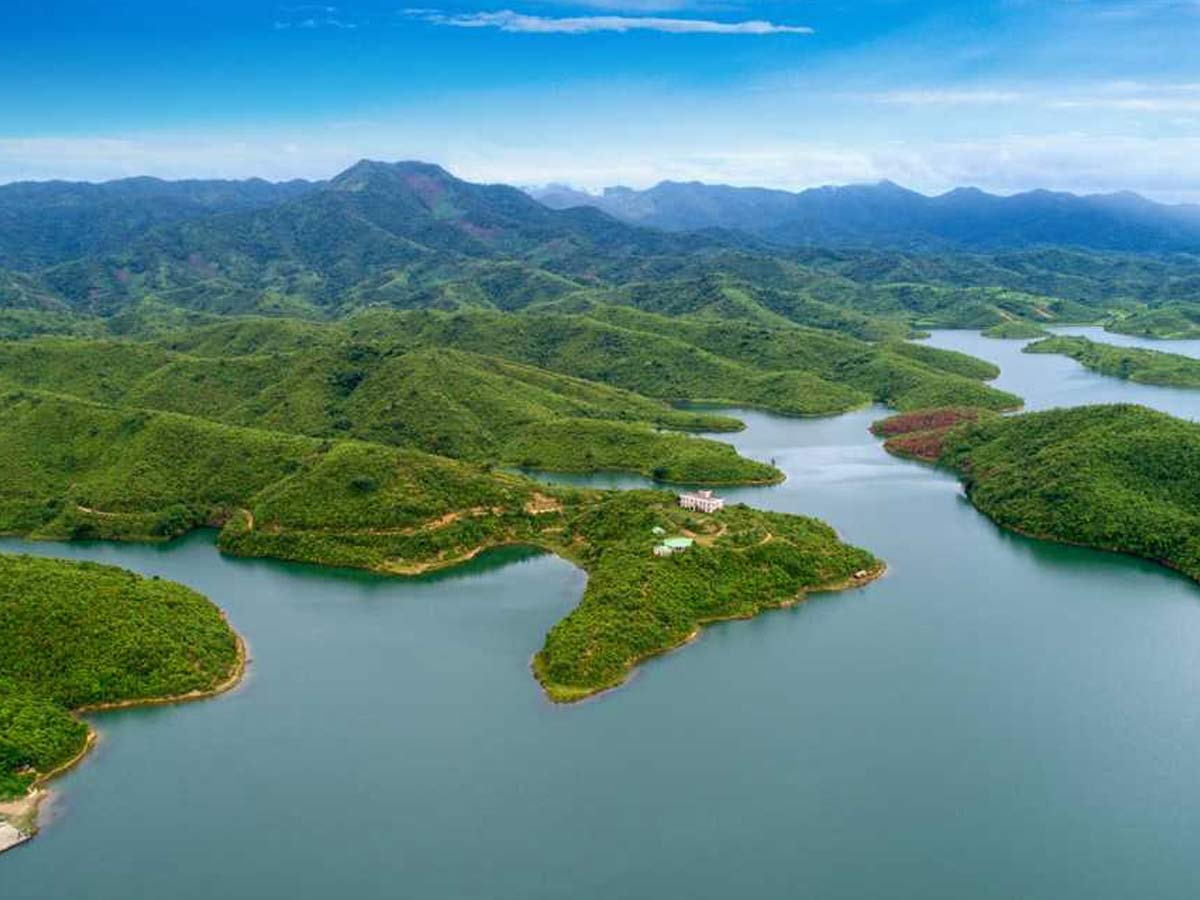 Assam is most notable for the oldest operating refinery in the country, DigBoi, which has been operating since 1901.

Legend has it that after hauling logs, the British first discovered the oil on the elephants’ feet returning from the jungle. ‘Dig Boy, Dig,’ and the word DigBoi stuck, the British shouted to the laborers digging for the oil. 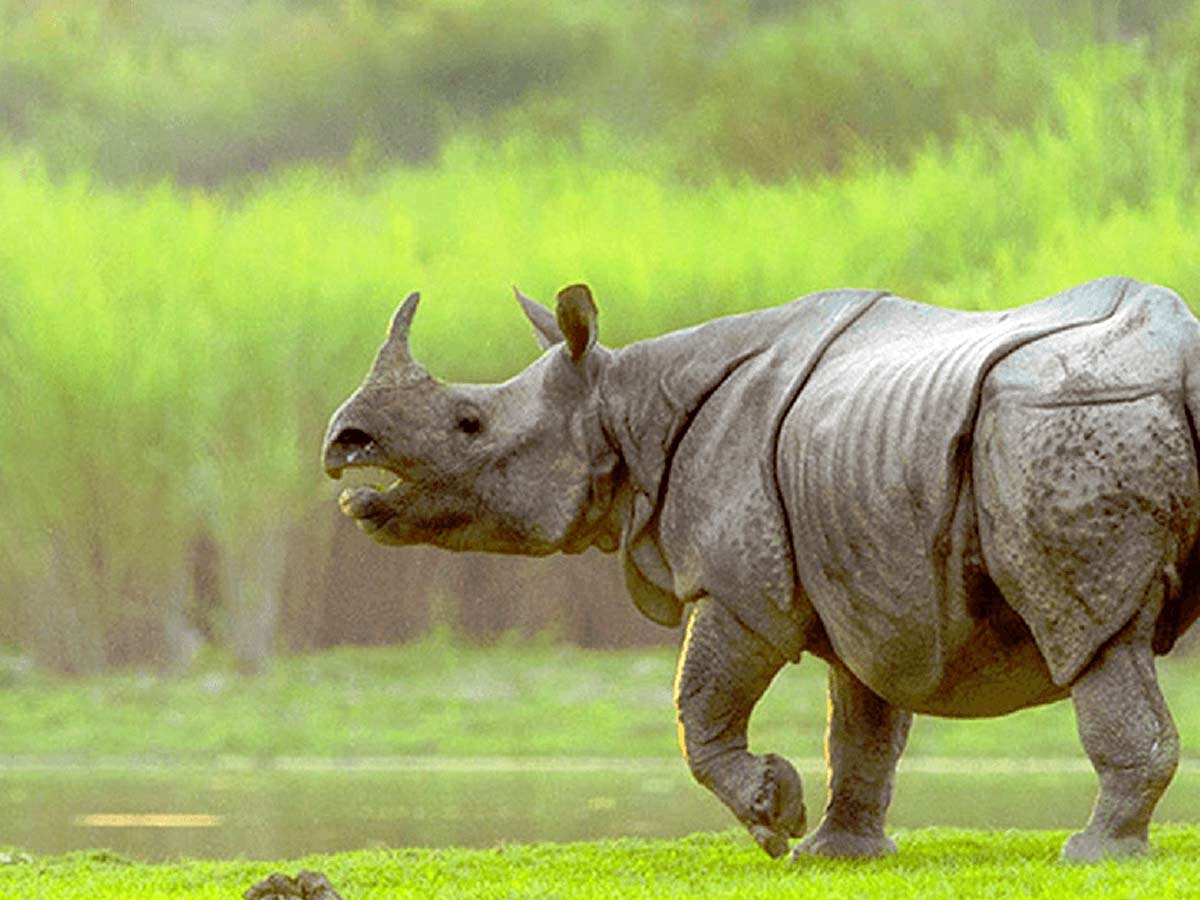 This park, which is also the natural sanctuary of endangered wild species of lions, elephants, swamp deer, and heated water buffalo, is home to over 250 migratory bird species and 35 mammal species.

In Assam, visit the tea plantations 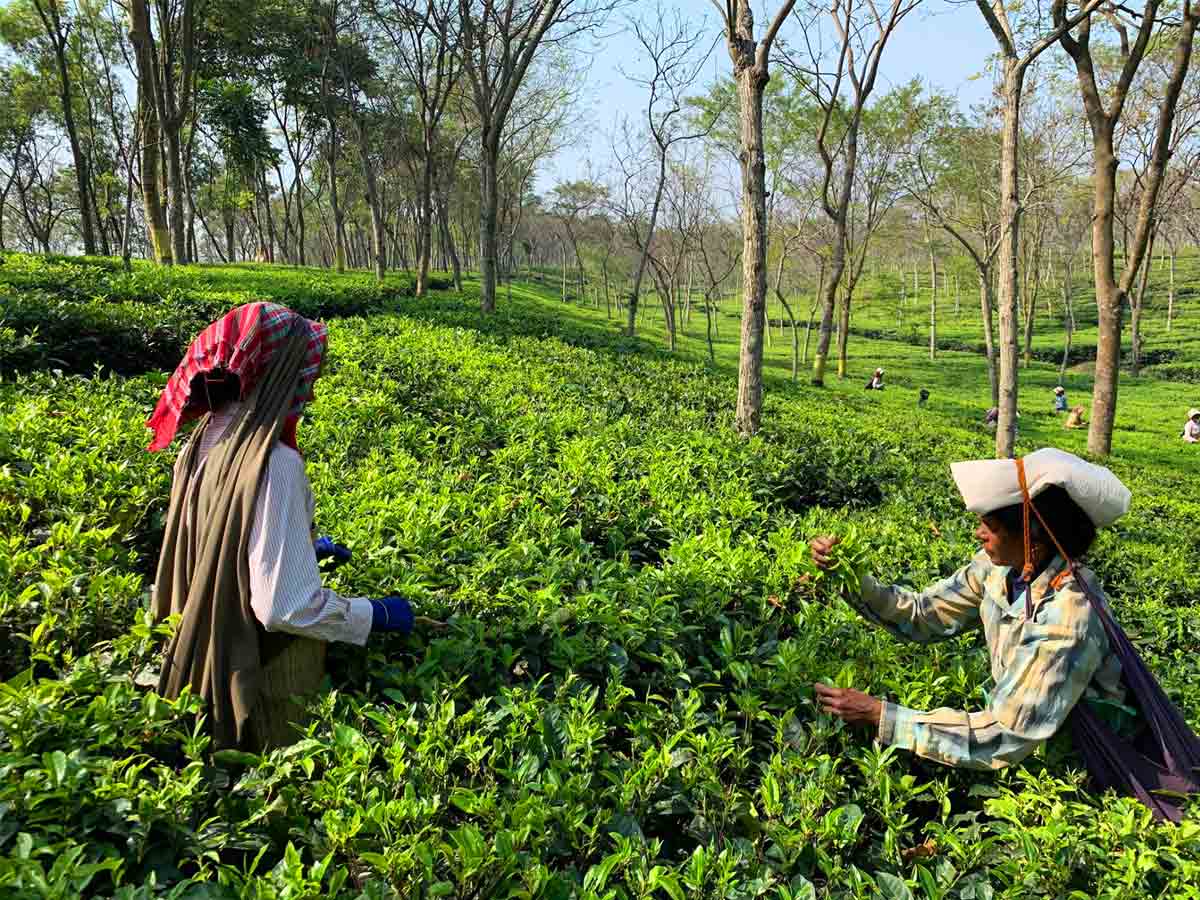 Assam is the nation’s largest tea producer, with tea plantations spread over a vast mountainous area. So, of course, without visiting these picturesque tea plantations and tasting the exotic Assam tea of the area, no visit to India’s Seven Sister States is complete. The must-visit area is Jorhat, known as the ‘World Tea City.’