Home Arts & Entertainment Culture What is The Order of the Freemasons? 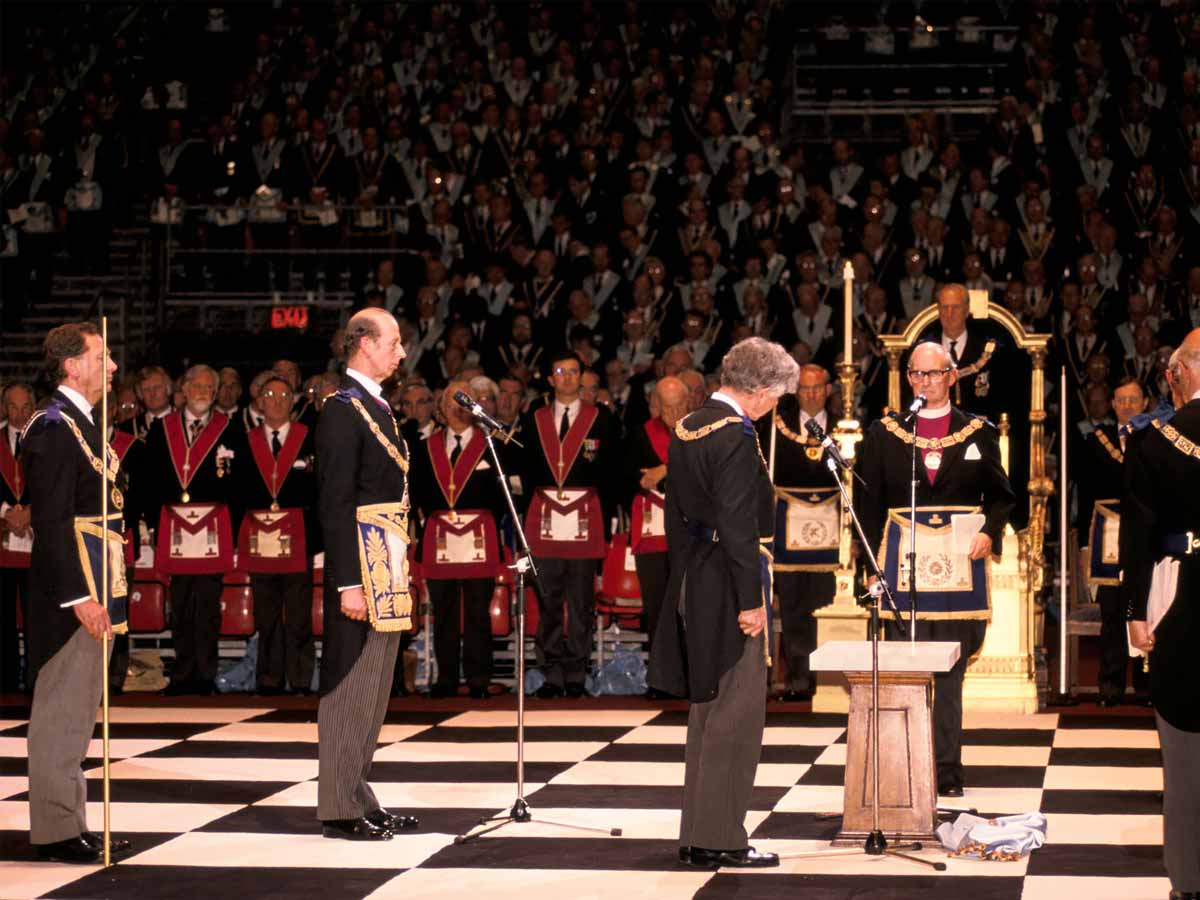 Secret societies have grown throughout history, and their membership has included Founding Fathers and royals. The Knights Templar, Freemasons, Bavarian Illuminati, Skull & Bones, and Bilderberg have all recruited members (primarily men). The appeal of secret societies stems from a combination of mystery and mythology.

Today we will have an insight into the not-so-secret society, which is not so secret anymore, the Freemasons.

The Order of the Freemasons 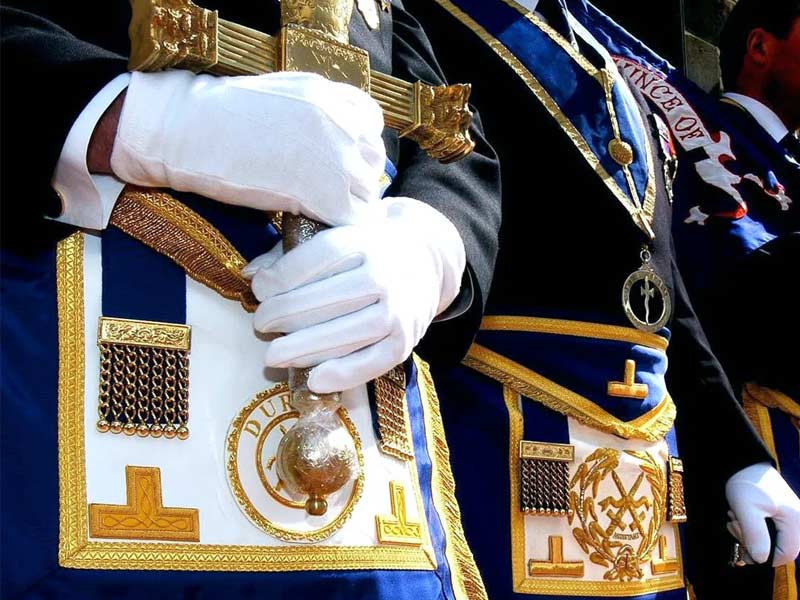 Masons play an important role in American history; after all, 13 of the 39 individuals who signed the United States Constitution were Masons. Founding Fathers such as George Washington, James Monroe, Benjamin Franklin, John Hancock, and Paul Revere were all fraternal organization members. But who exactly are the Freemasons?

However, Freemasonry is a global organization with a lengthy and complicated history. Politicians, engineers, scientists, authors, inventors, and philosophers have all been members. Many of these members have played pivotal roles in major worldly events such as revolutions, wars, and movements.

Freemasonry is the world’s oldest fraternal society, famous for its white aprons and esoteric symbols. Despite its lengthy history, Freemasonry has always been cloaked in mystery. The organization’s ceremonies and customs may appear cultish, clannish, and secretive — even evil — to outside observers. Some of this is due to Freemasons’ often-intentional objection to discuss the organization’s customs with outsiders. However, it is also a product of numerous famous movies and novels, like Dan Brown’s “The Da Vinci Code,” which have encouraged misunderstandings or portrayed the organization in an unfavorable light.

Let’s dig deep into the history and beliefs of Freemasons, and we might give you a way to become one.

Freemasonry, the doctrines and practices of the biggest global secret society, the secret fraternal (men-only) organization of Free and Accepted Masons. Freemasonry, which was spread by the British Empire, is still most popular in the British Isles and other nations that were formerly part of the empire. Estimates of global Freemasonry society in the early twenty-first century ranged from nearly two million to more than six million.

A handful of these lodges sprang contemporary symbolic or speculative Freemasonry, which borrowed the ceremonies and trappings of old ecclesiastical organizations and chivalric brotherhoods, notably in the 17th and 18th centuries. The first Grand Lodge, an organization of lodges, was established in England in 1717.

Freemasonry has faced significant resistance from organized religion, particularly the Roman Catholic Church, and from numerous states practically since its foundation. Freemasonry is not a Christian organization, even though it is frequently misunderstood as such.

Many of the characteristics of religion may be found in Freemasonry; its teachings encourage morality, compassion, and adherence to the nation’s law. Most traditions demand that the candidate be an adult male and that all applicants believe in the presence of a Supreme Being and the immortality of the soul. In practice, certain lodges have been charged with anti-Semitism, anti-Catholicism, and anti-Native Americans. In general, people who challenge religious orthodoxy or oppose the clergy (see anticlericalism) have joined Freemasonry in Latin nations. In contrast, white Protestants dominate membership in Anglo-Saxon countries.

The current French tradition, known as Co-Freemasonry or Le Droit Humain and formed in the nineteenth century, includes men and women. Freemasons are split into three major degrees in most lodges across the world: entering apprentice, a fellow of the trade, and master mason. Many degrees—sometimes as various as a thousand—are overlaid on the three primary divisions in many lodges; these organizational elements differ from nation to country.

In addition to the primary bodies of Freemasonry drawn from the British tradition, several auxiliary clubs are largely social or recreational in nature, with no formal status in Freemasonry but obtaining their membership from the society’s higher degrees. They are very common in the United States. Ancient Arabic Order of the Nobles of the Mystic Shrine is well-known for its philanthropic activities. There are separate lodges for women in the United Kingdom and a few other nations. 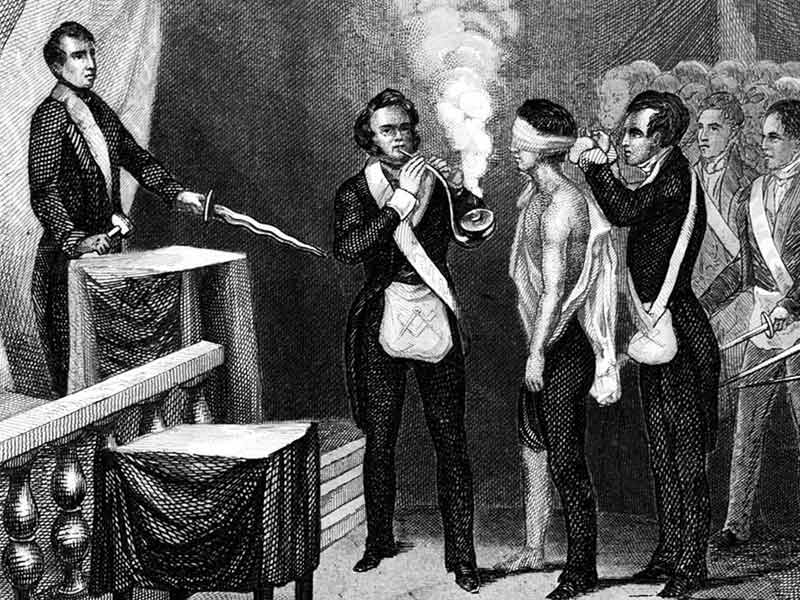 According to the BBC, Freemasonry is not only the world’s oldest fraternal organization, but it is also the world’s biggest, with an estimated global membership of 6 million individuals. As the name indicates, a fraternal organization comprises nearly entirely of males who get together for mutual benefit, most often for professional or financial purposes. However, women can now join the Freemasons.

However, Freemasons, or Masons as they are frequently referred to, are also committed to loftier aims. Its adherents reportedly support the “brotherhood of man” and, in the past, have frequently been linked with 18th centuries Enlightenment ideas such as anti-monarchism, republicanism, meritocracy, and constitutional governance.

This is not to claim that Freemasonry is completely secular and free of religious overtones. Its members are urged to believe in an ultimate entity described as the “Grand Architect of the Universe” in Masonic terminology.

Instead of a personal God as envisioned by Christianity, there is a deistic creator. Deism, which originated in the 17th century Enlightenment, supports the idea that the supreme being is like the ultimate “watchmaker,” a god who created the cosmos but did not actively participate in the lives of its creatures.

Members’ behavior is also governed by an ethical code. This code is drawn from several texts, the most well-known of which is a set of documents identified as the “Old Charges” or “Constitutions.”

According to the Pietre-Stones Review of Freemasonry, an online journal produced by Freemasons, one of these papers, known as the “Regius Poem” or the “Halliwell Manuscript,” is dated to the late 14th or early 15th century and is reportedly the oldest text to reference Masonry. The Halliwell Manuscript is written in rhyme and purports to trace the history of Masonry while also prescribing proper moral behavior for Masons.

Also Read, Certain Organizations that might be Secretly controlling our World!!!

Although members are urged to believe in a Supreme Being, or “Grand Architect of the Universe,” Freemasonry is not a religion. Masonic temples and secret rites have pitted them against the Catholic Church. The Church condemned freemasons for the first time in 1738 and has since issued about 20 decrees against them. In response to a surge in the number of Catholics joining the order, Roman Catholic Bishops reaffirmed almost 200 years of these criticisms in 1985.

The Church was not their only adversary; the secrecy of the Masons instilled such fear in early America that it prompted the formation of America’s first “third party”: the Anti-Masonic Party.

Are There Freemasons Today? 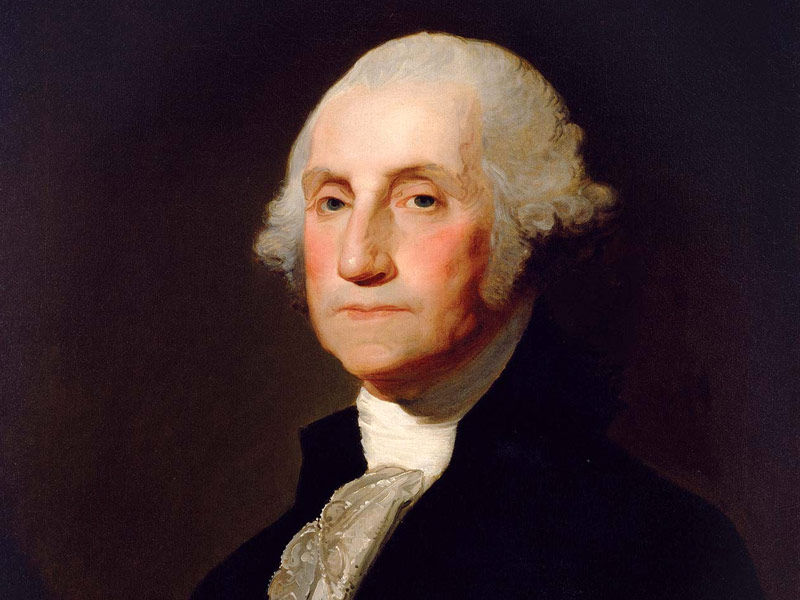 The high-profile charitable activity of the Shriners, a subgroup of freemasons also known as “the Ancient Arabic Order Nobles of the Mystic Shrine,” has profoundly affected their public image. The Shriners were formed in 1870 by freemasons at New York City’s Knickerbocker College and are still active in volunteer work today.

What Is the Process of Becoming a Freemason?

The rites of becoming a freemason are cloaked in mystery. Still, they have penetrated the popular consciousness through cinema and television and were even parodied on an episode of “The Simpsons.” All males over the age of 21 are eligible to join, and women can join an affiliated group known as “The Order of the Eastern Star.” According to the New York Times, prospective members must ask to join. They cannot be contacted in any other way, as summed up in a recruiting slogan: “All you have to do is ask.”

If you get admitted, you will be in excellent company: Mozart, Winston Churchill, Davy Crockett, Franklin D. Roosevelt, and John Wayne were all freemasons.

The Square and Compasses is a Freemason symbol.

The freemasons’ most known symbol is “The Square and Compasses.” The right angle of the builder’s square is connected by a compass, a fundamental instrument in geometry–which, according to some MIT experts, is symbolized by the “G” at the center of the sign. Others have interpreted the letter “G” to represent God, the “Grand Architect of the Universe.” 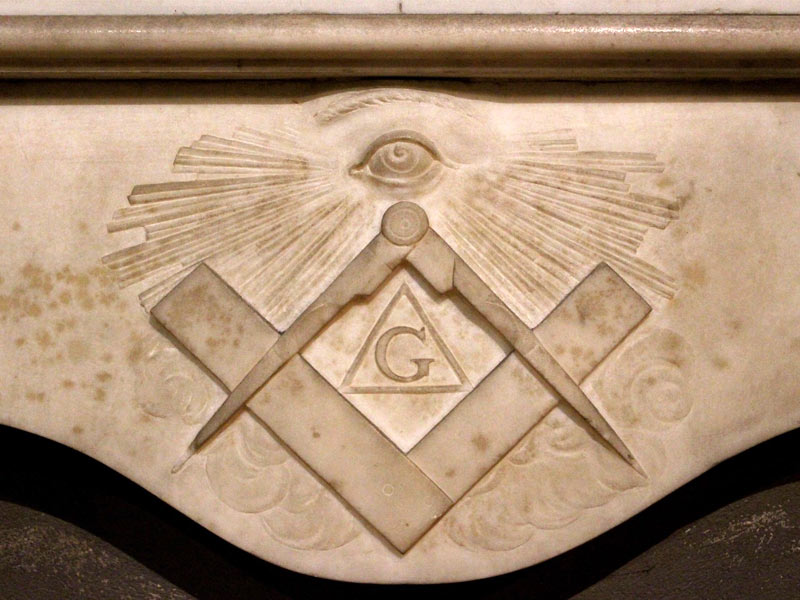 The Eye of Providence

The All-Seeing Eye’s status as a masonic emblem has been hotly disputed. Egyptians employed the “Eye of Horus” long before the Freemasons. The all-seeing eye frequently occurs in Renaissance art as a symbol of Christianity and God’s watchfulness. However, groups such as the Philadelphia Federal Reserve believe that it was chosen on purpose by freemasons Henry Wallace and Franklin D. Roosevelt when redesigned the dollar note in 1934.

The “All-Seeing Eye,” according to the George Washington Masonic National Memorial, is a masonic emblem representing the “watchful care of the Supreme Architect” that first appeared in written Masonic literature in the mid-1700s.

Here is your list of the famous people who were Freemasons 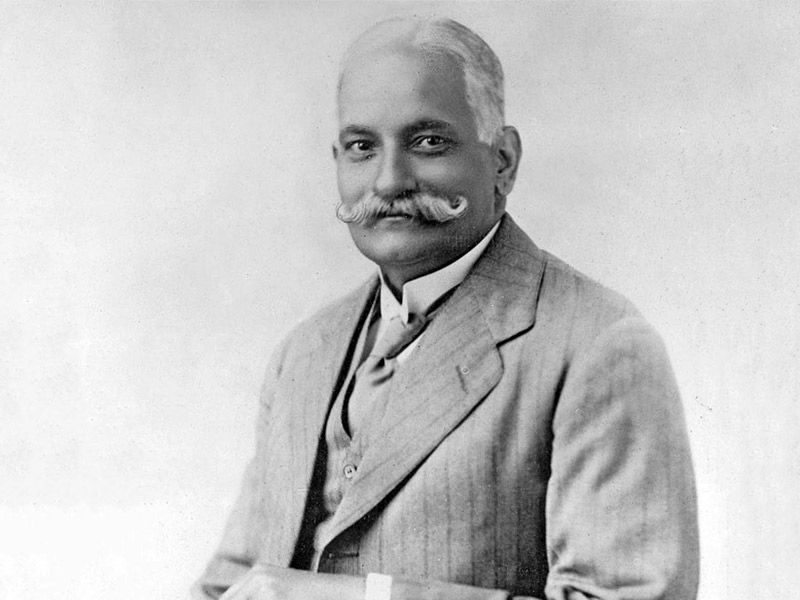 In a recent study, we learned that, as per an article on Hindu Business Line, Swami Vivekananda, Motilal Nehru, JRD Tata were the few Indians who were a part of Freemasons.

9 Facts About Freemasonry You Didn’t Know

The World of Norway Mythology…

Kalarippayattu: The Mother of All Martial Arts