Home Society Philosophy Certain Organizations that might be Secretly controlling our World!!! 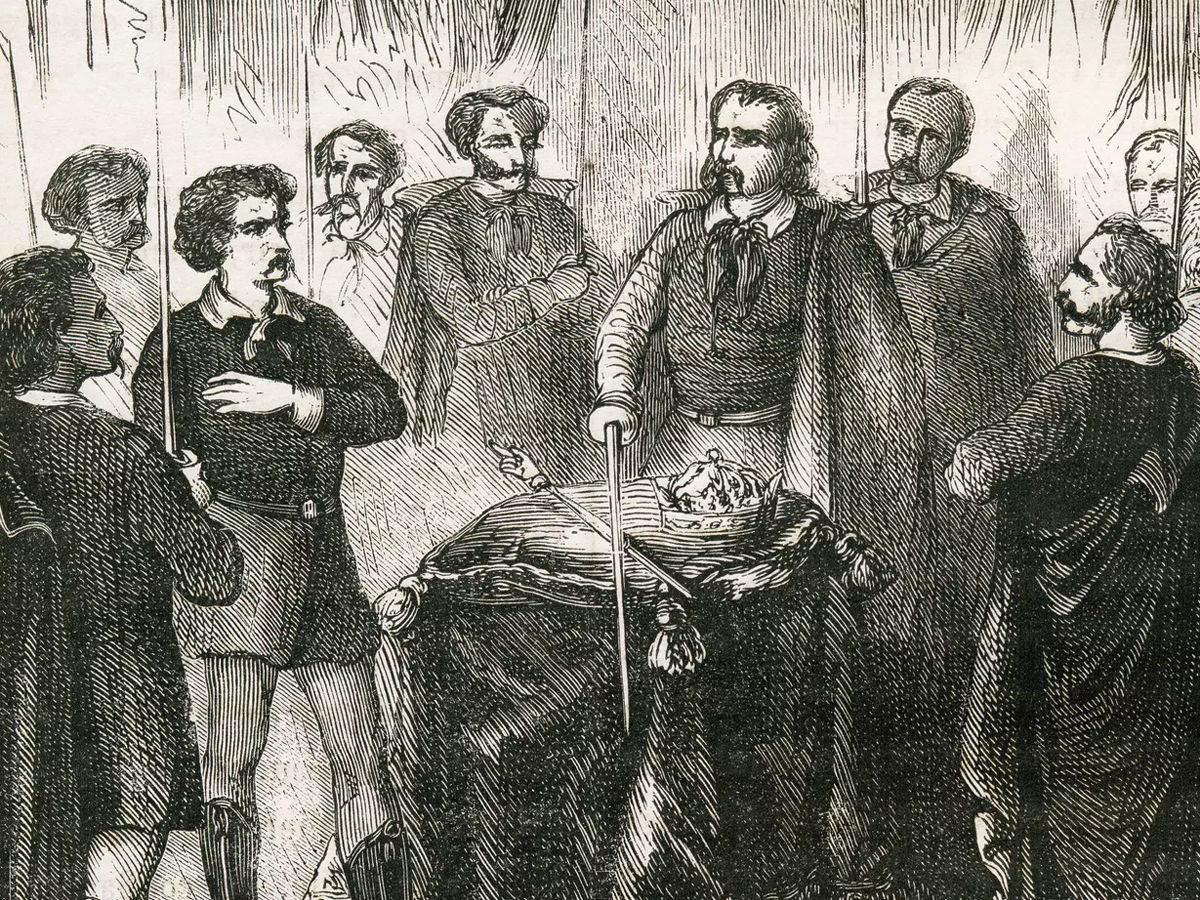 Throughout history, secret societies have existed and include the founding fathers and royals among their ranks. To join The Knights Templar, the Freemasons, and the Bavarian Illuminati, members (most frequently men) have been tapped. Secret societies’ allure is part intrigue, part mythology.

For decades, conspiracy theories have plagued them, with reports that organizations such as the Illuminati are connected to anything from the French Revolution to the JFK assassination. But distinguishing reality from fiction is necessary. Here are the true stories behind the most exclusive secret societies in history.

During the Crusades, the Knights Templar were soldiers committed to defending Christian pilgrims to the Holy Land. When Hugues de Payens, a French knight, founded the Poor Fellow-Soldiers of Christ and the Temple of Solomon, or, for short, The Knights Templar, the military order was established around 1118. Headquartered at Jerusalem’s Temple Mount, participants vowed to live a life of chastity, loyalty and hunger, abstaining from gambling, drink and even cursing.

For more than their military prowess and moral lifestyle, the Knights Templar were remembered. After founding a bank that allowed pilgrims to deposit money in their home countries and withdraw it to the Holy Land, they became one of the richest and most influential forces in Europe.

In 1139, when Pope Innocent II issued a Papal Bull exempting them from paying taxes… and decreeing that the only body they had to submit to was the Pope, their power swelled to a new peak. The Knights Templar owned the island of Cyprus at the height of their wealth, a fleet of ships and lent money to kings. Not all kings were happy clients.

When after the fall of Acre, the Crusades came to an end, the Templar Knights fled to Paris, where they concentrated on their banking activities. King Philip IV of France, who had been refused additional loans by the Knights Templar, had a party of knights captured and tortured on October 13, 1307, before they made false confessions of depravity. Dozens of Knights Templar were burnt at the stake for their suspected offences in 1309, while the city of Paris watched.

Pope Clement V officially disbanded the order in 1312, under pressure from the French crown, and dispersed their properties. Among conspiracy theorists, theories that the Knights Templar guarded objects such as the Turin Holy Grail and Shroud started to pop up. Curiosity about the Knights Templar today continues to inspire famous books and films like The Da Vinci Code.

Also, read about the secret society of the 9 Unkown Men

In American history, the Freemasons loom large; after all, 13 of the 39 men who signed the U.S. constitution were masons. The founding fathers were all members of the fraternal order, such as George Washington, James Monroe, Benjamin Franklin, John Hancock, and Paul Revere. But Who are the freemasons, though?

In Europe, freemasons may date their routes to the Middle Ages, a period when most artisans were grouped into local guilds. Cathedral builders had to move from town to town, due to the essence of their occupation. Via signs of their trade, they knew each other like the square and compass of the creator in the now-iconic emblem of Freemasonry.

In the Regius Poem, or Halliwell Manuscript, which was written in 1390, the oldest reference to masons is there but Freemasonry, as we know it today, was established in 1717 when four London lodges united to create the first Grand Lodge of England. Freemasonry spread widely through Europe and to the colonies of America.

Freemasonry is not a faith, but adherents are urged to believe in a Higher Spirit, the “Grand Architect of the Universe.” They were brought into a dispute with the Catholic Church by Masonic temples and secret practices. In 1738, the Church first denounced the Freemasons and published over 20 decrees against them In 1985, the Roman Catholic Bishops reaffirmed the validity of these for over 200 years.

The Church was not their only enemy; in early America, the secrecy of the masons garnered such suspicion that it spawned the first “third party” in America: The Anti-Masonic Party.

“The Square and Compasses is the most recognizable symbol of the Freemasons.” The right angle of the square of the builder is connected by a compass, a fundamental geometry instrument, which, according to some MIT scholars, is represented at the core of the symbol by the “G.” The “G” has been perceived by some as representing God, the “Great Architect of the Universe.”

There has been a sharp controversy over the interpretation of the All-Seeing Eye as a masonic symbol. Egyptians used the “Eye of Horus” even before the freemasons, and the all-seeing eye appears repeatedly as a sign of Christianity and the watchfulness of Nature in Renaissance painting. But groups such as the Philadelphia Federal Reserve argue that when they revamped the dollar bill in 1934, freemasons Henry Wallace and Franklin D. Roosevelt intentionally selected it.

The All-Seeing Eye” is a masonic emblem of the “watchful care of the Supreme Architect” that started to appear in written Masonic literature in the mid-1700s, according to the George Washington Masonic National Memorial.

The Illuminati was created in Bavaria on May 1, 1776, by Professor Adam Weishaupt. Weishaupt tried to throw aside organized religion in favour of a new kind of “illumination” by reason, chafing at the influence of the conservative Catholic Church and the Bavarian monarchy. He also drew on theories articulated by the Jesuits (he was a former member), The Mysteries of the Seven Sages of Memphis, the Kabbalah, and freemasons, influenced by the propagation of the Enlightenment through Europe. In his quest to employ some of the richest and most powerful men in Europe, he recruited extensively from the latter group, infiltrating Masonic lodges.

Members of the “Perfectibilists” Bavarian Illuminati were split into three layers of the growing influence and drawn from social elites, including noblemen such as the former Freemason Baron von Knigge and the writer Johann Wolfgang von Goethe. All contact was in cypher and classical nicknames (Weishaupt’s, for instance, was Spartacus) were given to participants.

Before being stamped out by Karl Theodor of Bavaria, who issued an edict making membership of the Illuminati punishable by death in 1787, the organization flourished. But the Bavarian Illuminati’s death did not quench rumours about their covert operations, and the party was linked by conspiracy theorists to everything from the French Revolution to the JFK assassination. For Dan Brown’s Angels & Demons and Foucault’s Pendulum by Umberto Eco, the Illuminati served as inspiration.

What is Philosophy? How it came to Us?

12 Interesting Psychology Facts: A Look Inside the Human Mind

Love Psychology We All should be Aware of