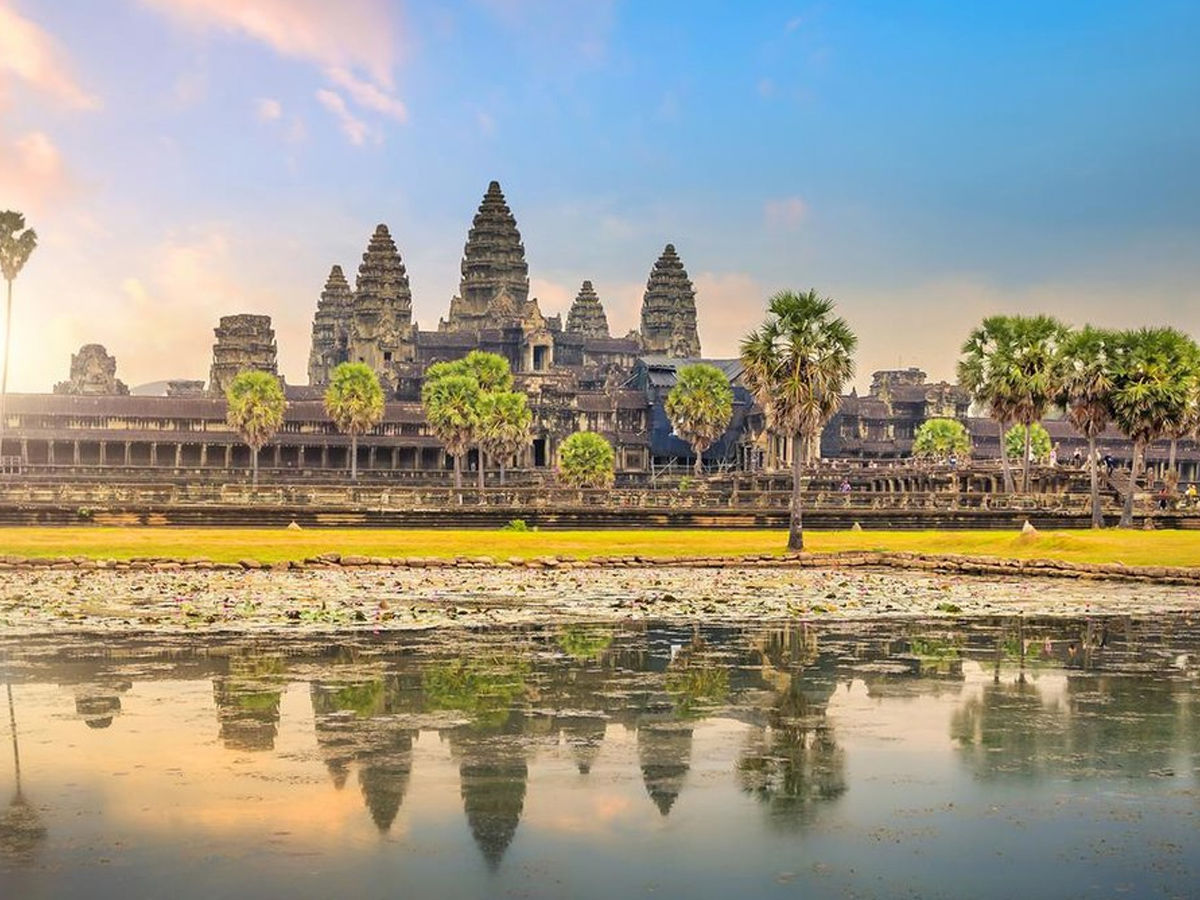 Cambodia is slowly emerging from the horrors of the reign of terror of the Khmer Rouge. There are still big problems: landmines, insecurity, and devastated infrastructure. But the process of restoration and healing is now well underway and the attractions of Cambodia are being rediscovered by growing numbers of visitors.

For most visitors, the beautiful temples of Angkor are very obvious, but the country has a lot more to offer: tropical beaches, colonial buildings, and an array of natural attractions. Here is a glimpse at Cambodia’s top tourist attractions. 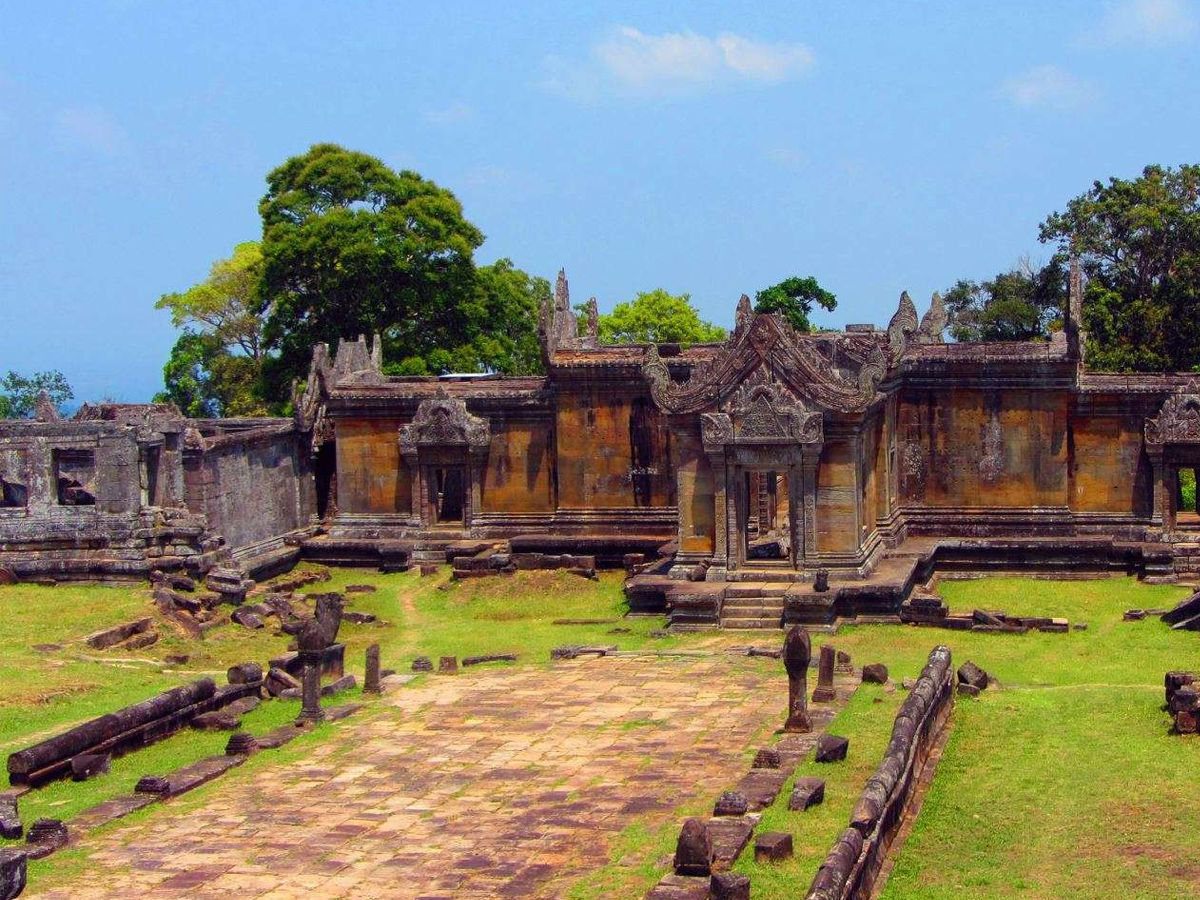 Preah Vihear is a Khmer temple on the border between Cambodia and Thailand located atop a 525 meter (1,722 ft) cliff in the Dângrêk Mountains. Out of all the Khmer temples, it has the most beautiful atmosphere. During the reigns of the Khmer kings Suryavarman I and Suryavarman II, the temple was built in the 11th and 12th centuries and was devoted to the Hindu god Shiva. A long-running territorial conflict between Thailand and Cambodia is the focus of Preah Vihear where several soldiers were killed in encounters in 2009. 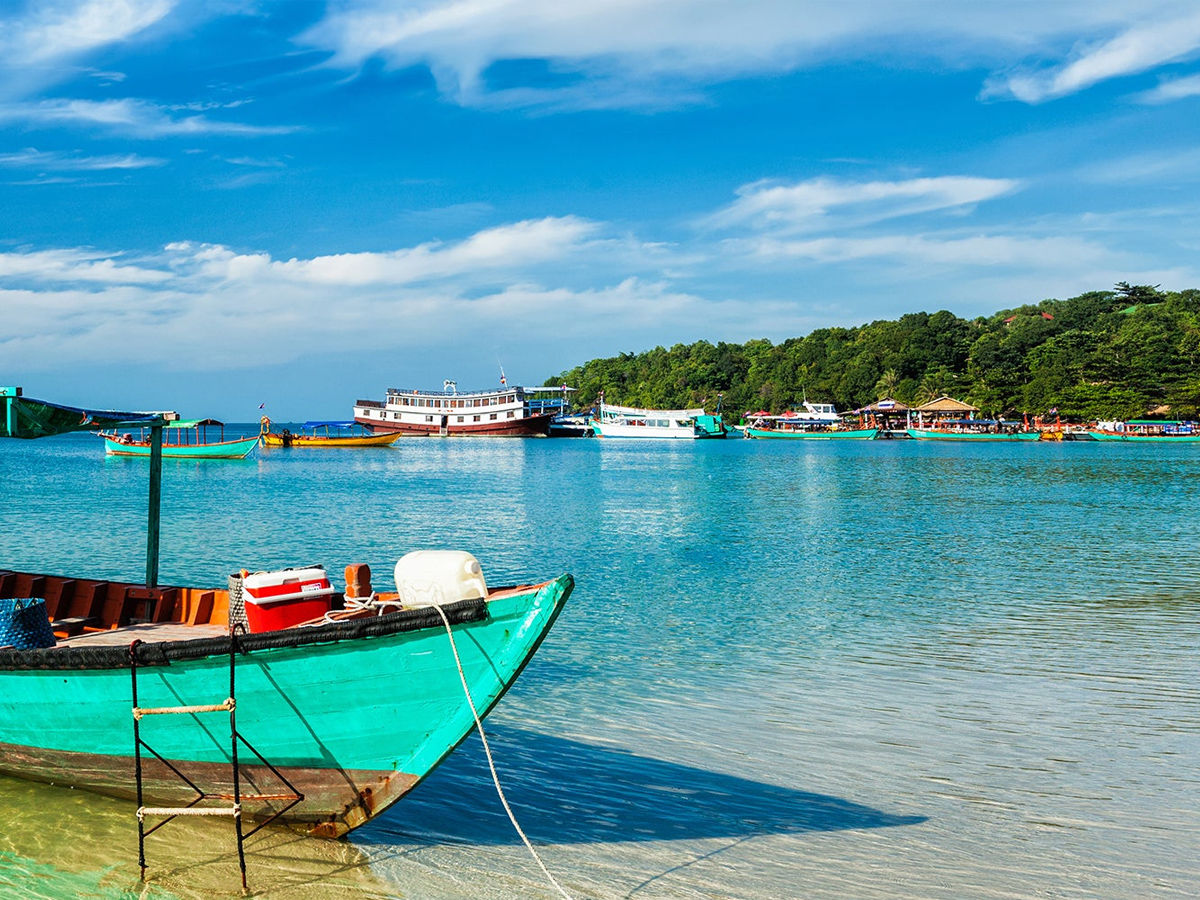 Sihanoukville is a port city and beach resort on the Gulf of Thailand, also known as Kampong Som. The white-sand beaches and many undeveloped tropical islands are the main attractions here. Sihanoukville is a nice place to relax and unwind, but during the high season or a holiday weekend, tourists should be ready to battle the crows. 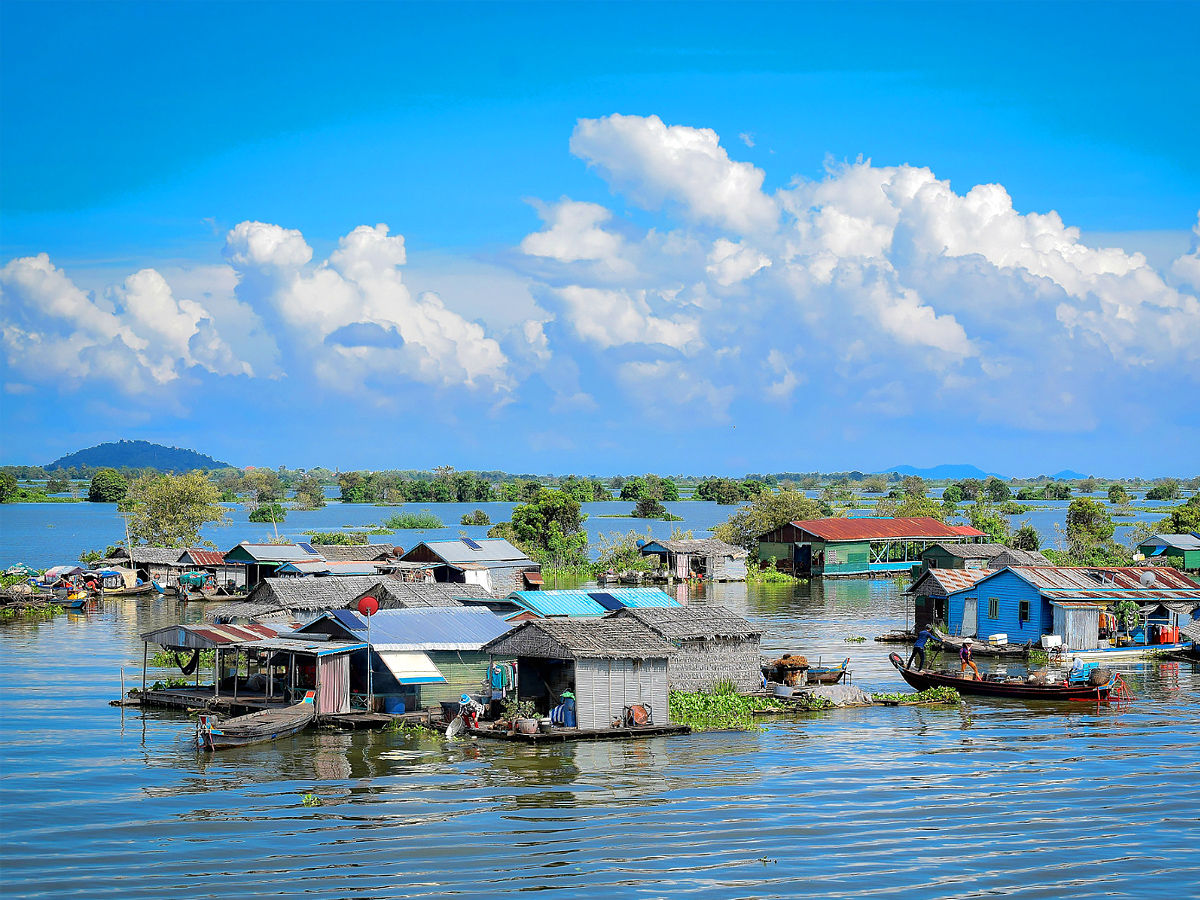 Tonlé Sap is South East Asia’s biggest freshwater lake and is of great significance to Cambodia. With the seasons, the lake extends and shrinks drastically. From November to May which is the dry season in Cambodia, the Tonlé Sap drains into the Phnom Penh Mekong River. When the heavy rains of the year start in June, however, the flow of the Tonlé Sap changes directions and forms an enormous lake. In the floating villages across the lake, Tonlé Sap is home to many ethnic Vietnamese and various Cham groups. 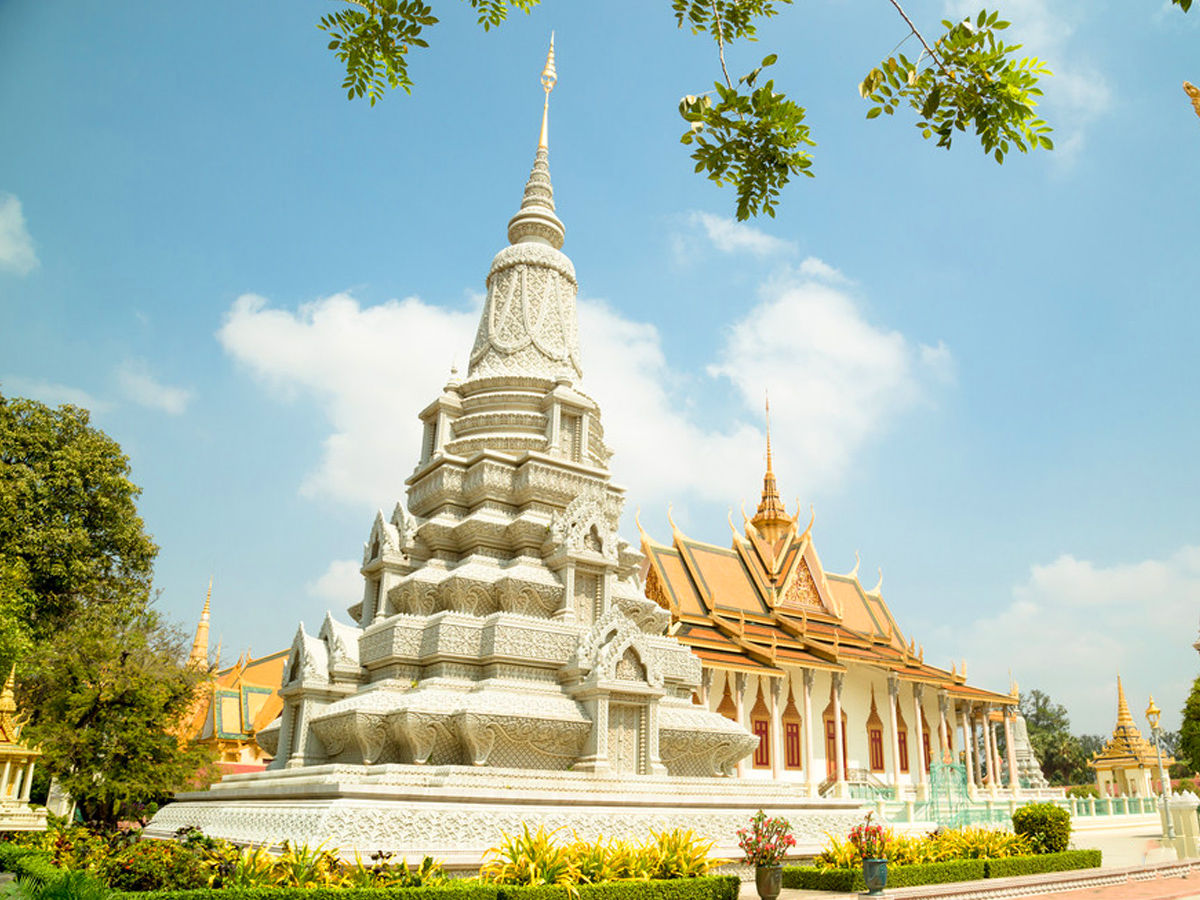 The Silver Pagoda, located inside the Royal Palace complex in Phnom Penh, houses many national jewels, such as gold and jewelled Buddha statues. The Emerald Buddha of Cambodia from the 17th century and a human-sized Maitreya Buddha of gold adorned with 9584 diamonds are most notable. A richly decorated and informative mural of the Ramayana story, painted by 40 Khmer artists in 1903–04, decorates the inner wall of the Silver Pagoda courtyard. 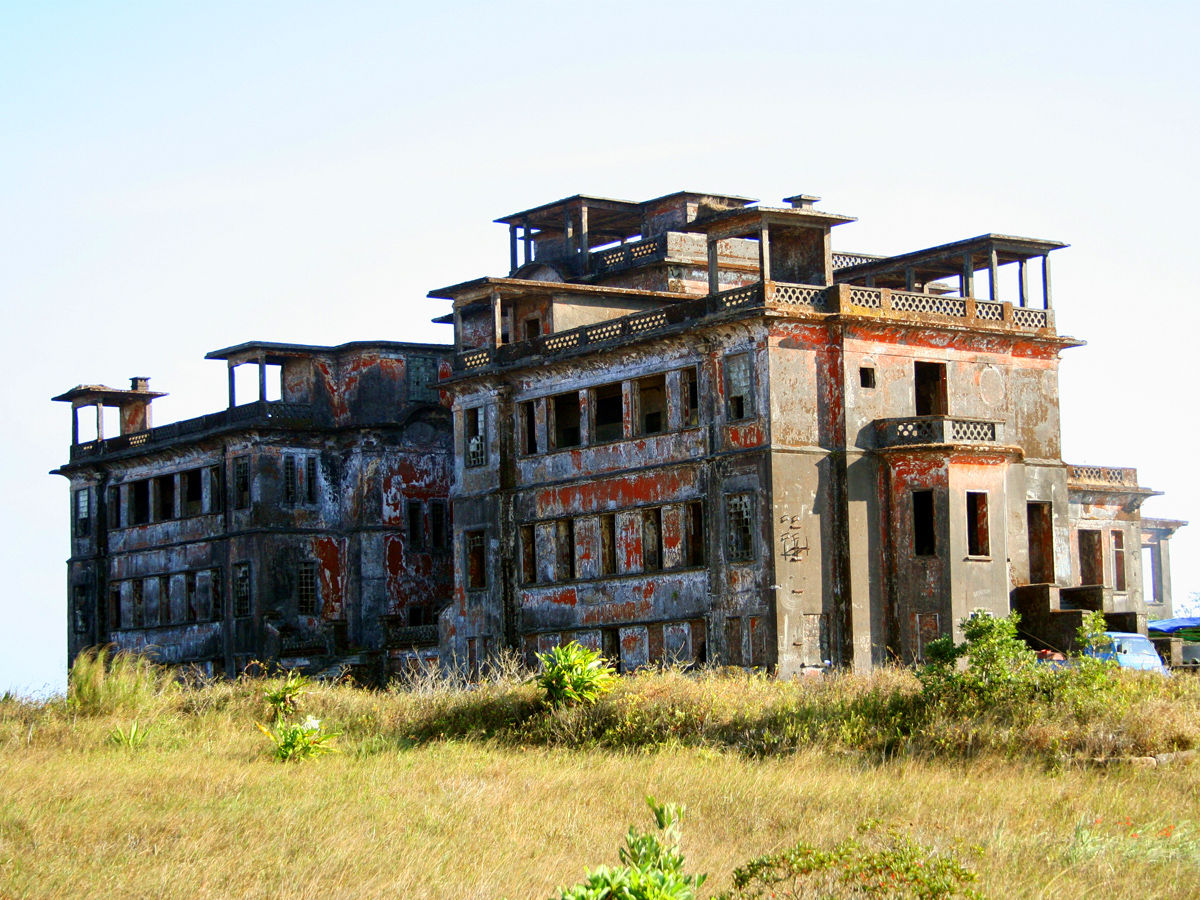 In the 1920s, the French-built Bokor Hill Station near Kampot to be used as a refuge from the heat of Phnom Penh. It was abandoned twice since then, first in the 1940s when Cambodia was invaded by the Japanese and again in the 1970s when the Khmer Rouge engulfed the region. Bokor Hill Station and its deserted buildings have an uncanny, ghost-town appearance today. As of October 2008, because of the continuing reconstruction, the road to Bokor was officially closed. It seems that independent access is unlikely. There are hiking tours organized by local travel agencies. 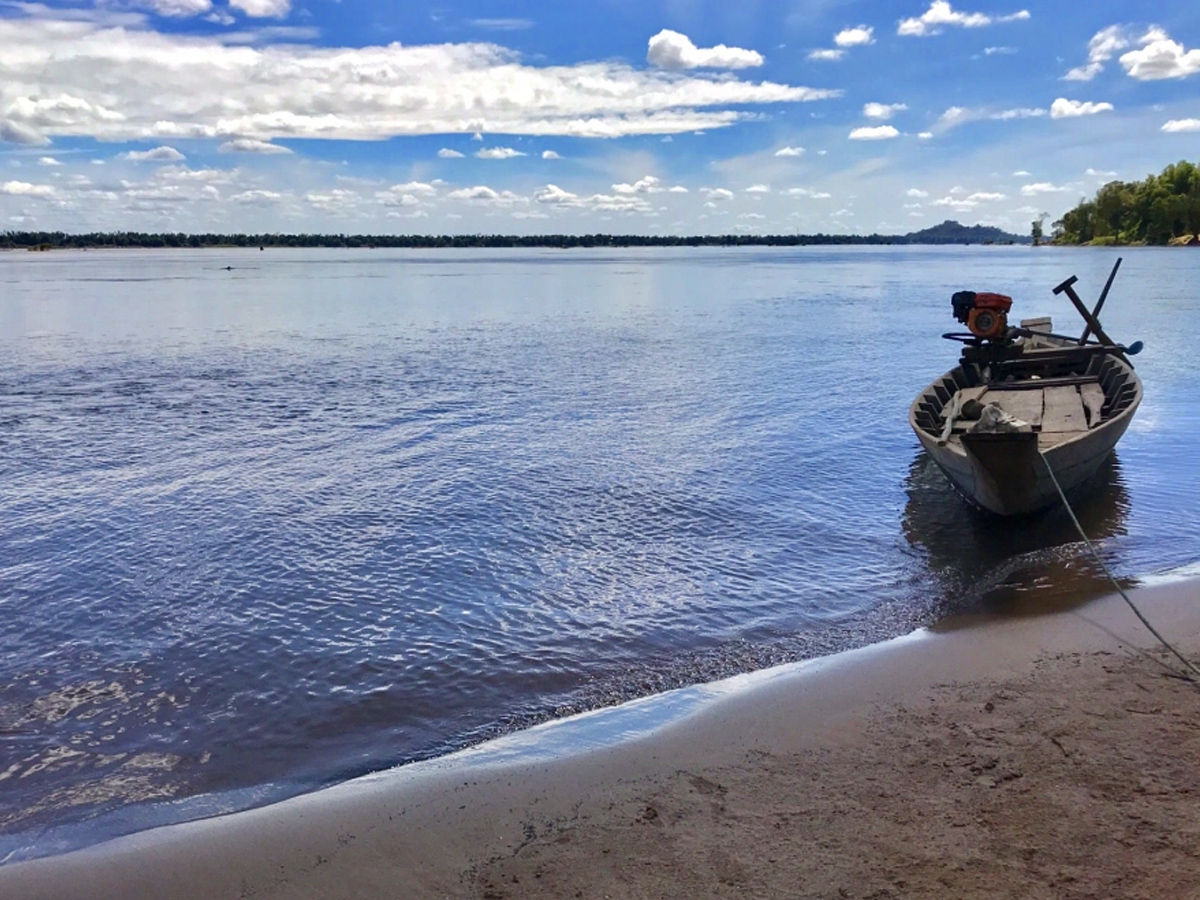 On the banks of the Mekong River, is a small town of Kratie which is dominated by a central marketplace encircled by traditional, colonial French houses. There is no tourism on a wide scale, but during the peak season, plenty of backpackers pour through here. It is a place in Cambodia to see the unusual Irrawaddy dolphins that live in ever-decreasing numbers on the Mekong River. The upper Cambodian Mekong region is reported to have between 66 and 86 dolphins left. 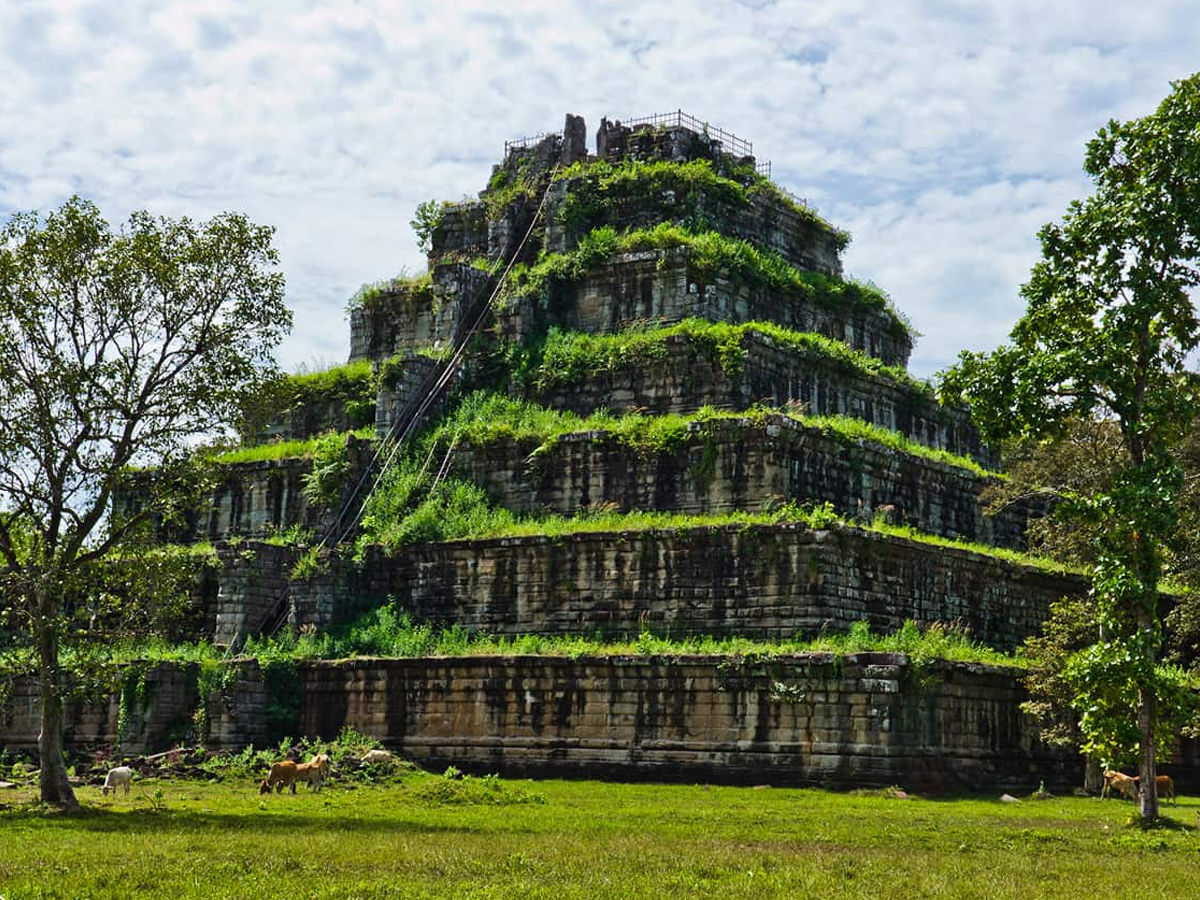 For a very brief time, from 928 to 944 AD, Koh Ker was the capital of the Khmer empire. Some very impressive buildings and enormous sculptures were designed in this short period. Prasat Thom, a 30 meter (98 ft) tall temple pyramid that rises high above the surrounding jungle, dominates the site. A giant Garuda (mythical half-man, half-bird creature), carved into blocks of stone, still guards the very top, even though it is now partly covered. Koh Ker was one of Cambodia’s most isolated and inaccessible temple destinations, leaving the jungle for almost a millennium. Thanks to recent de-mining and the opening of a new toll road, this has now changed. 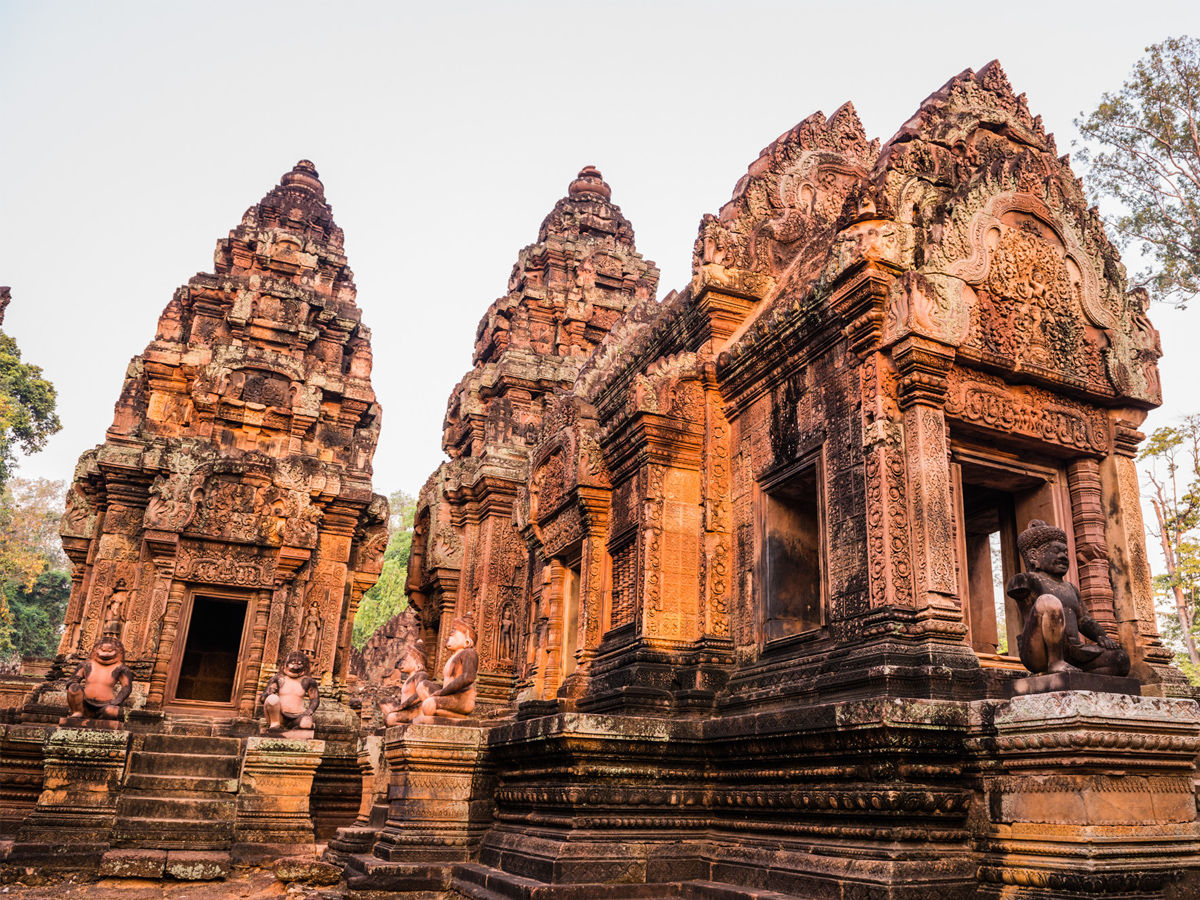 The official part of the Angkor Complex situated 25 km north-east of the main belt of temples, Banteay Srei is sometimes considered to be a separate attraction in Cambodia. The temple was finished in 967 AD and is largely constructed of red sandstone, a medium that lends itself to the intricate decorative wall carvings that are still clearly visible today. Banteay Srei is Angkor is the only main temple not built by a king, but rather built by one of the counsellors of King Rajendravarman named, Yajnyavahara. 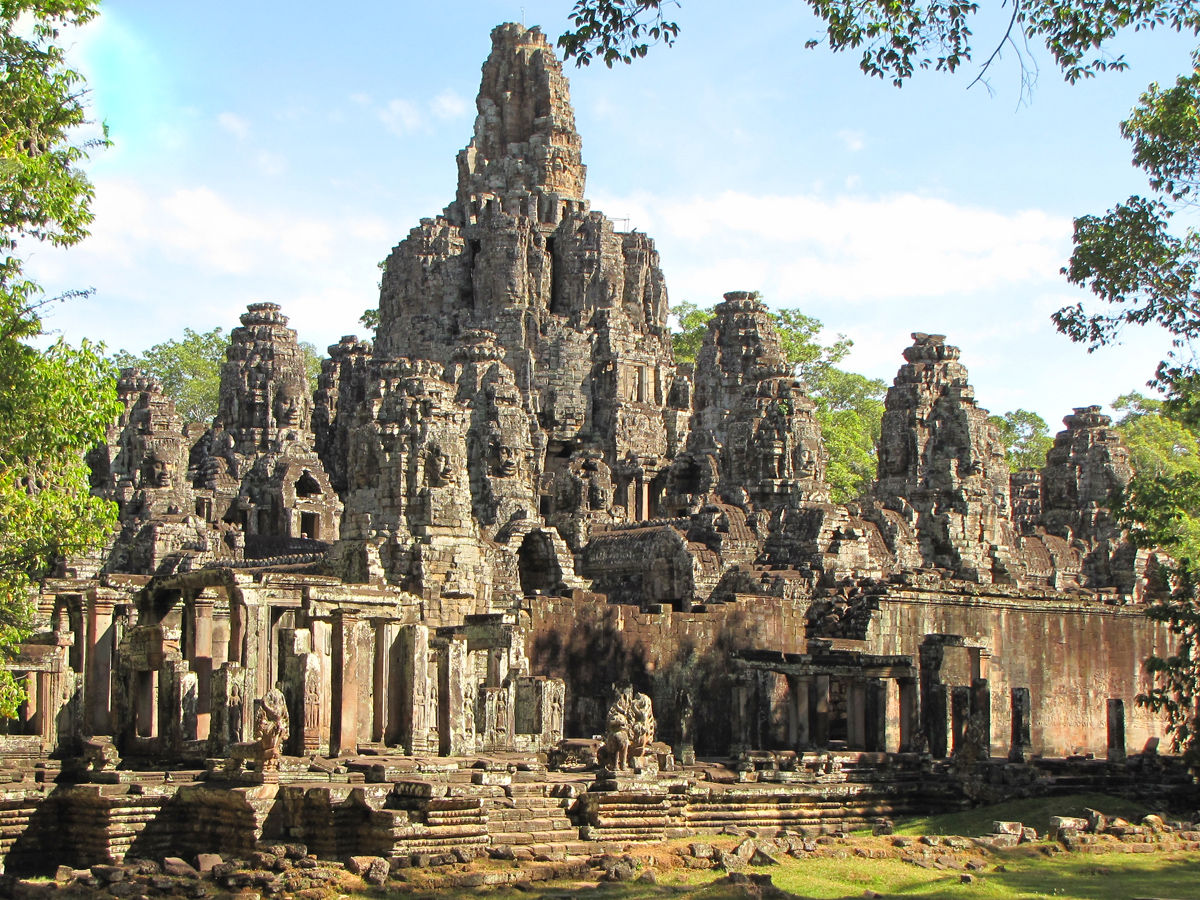 The Bayon temple, part of Angkor’s world-famous destination, features a sea of over 200 giant stone faces looking in all directions. A lot of people believe that portrait of King Jayavarman VII himself or a combination of him and Buddha is an easily identifiable image of Angkor which is the curious smiling faces. Established in the 12th century as part of a major expansion of its capital Angkor Thom by King Jayavarman VII, the Bayon is built in the exact centre of the royal city.

The most majestic and biggest of all Angkor temples and the top tourist attraction in Cambodia is Angkor Wat (meaning ‘City Temple’). Established around the first half of the 12th century by King Suryavarman II, the temple’s balance, structure, and elegance make it one of the finest monuments in the world. Angkor Wat is surrounded by a huge rectangular reservoir which rises at a height of 213 meters through a series of three rectangular terraces to the central shrine and tower (669 feet). The traditional Khmer definition of the temple mountain, in which the temple represents Mount Meru, Hinduism’s house of the gods, is expressed in this arrangement.