Home Life Travel Jhunjhunu: Beautiful City to bring a Smile on your Face 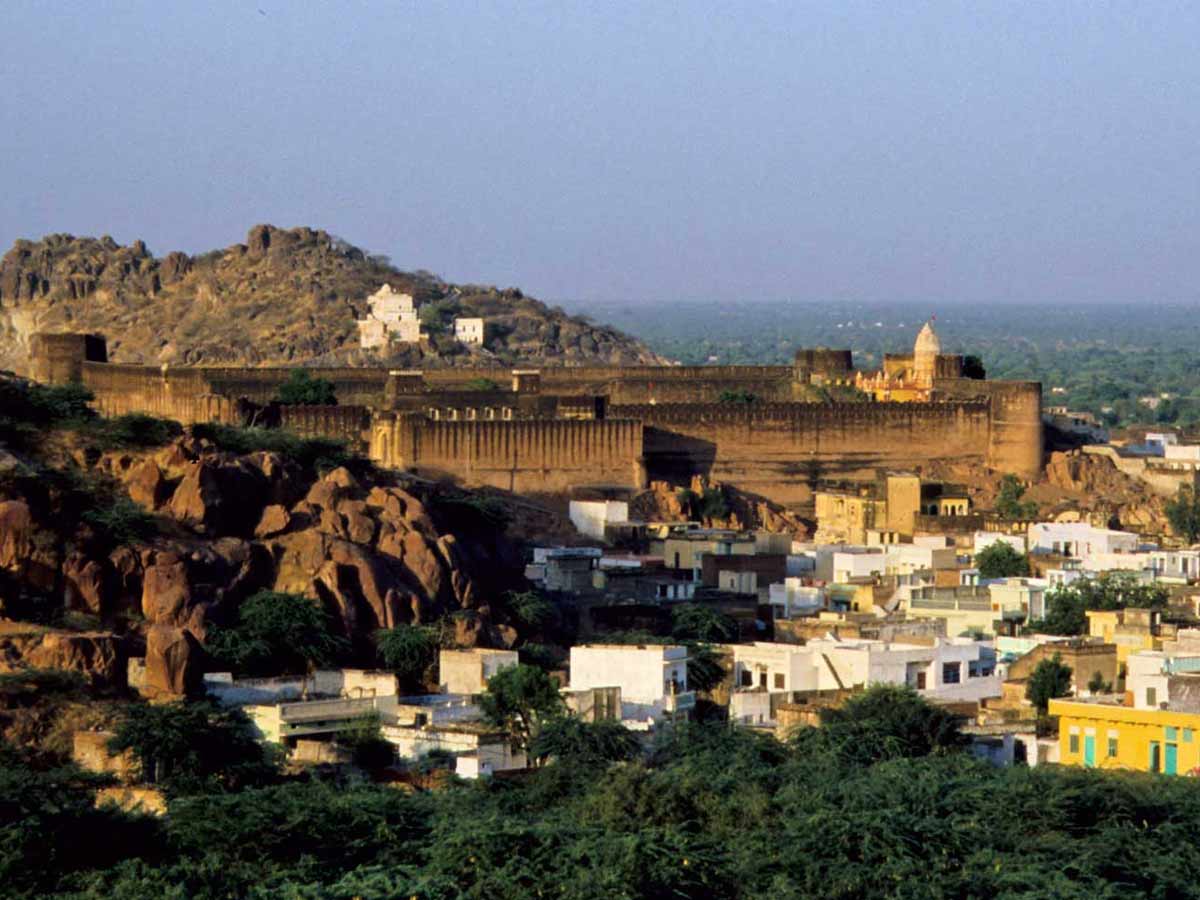 Jhunjhunu is the centre of the Shekhawati area; it is now a district headquarters and one of the most developed districts in Rajasthan. Jhunjhunu is the home of valiant warriors, farmers, and, of course, the Birlas, Modis, Piramals, and a plethora of other business families. Jhunjhunu was formerly the seat of Shekhawat Rajput supremacy.

Maharao Shardul Singh’s sons were also avid art collectors, and they carried on the heritage by erecting several castles, forts, cenotaphs, and palaces (havelis) around their estate’s thikanas and villages. After the Rajput monarchs, the Marwaris are the community that has contributed the most to the beautification of the Shekhawati region. This trading society has built numerous mansions (Havelis), rest houses (Dharamshalas), step wells (Bawris), and temples.

Jhunjhunu has a pleasant melodic tone to it. It reminded me of a Jhunjhuna, a tinkling toy designed to captivate and distract newborns. Then there are those who proudly flaunt their origin from this little village in Rajasthan by using Jhunjhunwala as their surname. When I read about the Shekhawati area in North Rajasthan, I added it to my vacation wish list.

In recent history, it has been dominated by Chauhans, Islamic kings, and, lastly, Shardul Singh – a descendant of Rao Shekha, after whom the territory is named Shekhawati.

Places to see in Jhunjhunu

This Haveli is located in the town’s major market. The market is, in reality, located at the base of this Haveli. I was startled to see the Jhunjhunu library and a few book businesses in the market. I entered the Haveli by a set of steps on the side. It was a typical Shekhawati Haveli after I entered through the beautiful wooden gate with Ganesha on top in saffron hue. I’d seen a lot of these Havelis at this point, and I was confident that I could make my way through them on my own if necessary. This Haveli’s Baithak is still in use, and the paintings are in good condition.

Sri Jhabarmal Tibrewal Haveli appears to be a very new Haveli. What distinguishes it from the majority of Havelis I’ve seen in Shekhawati is that its paintings are really distinct, a bit contemporary if you will, with hues that are more global than Indian. They are not as elaborate or themed as those seen in the majority of other Havelis. Inside the chowk, however, it was a standard Shekhawati Haveli. Tibrewal is a prominent business family in the town. According to the caretaker, they still visit the city at least once a year. They appear to visit every Navratri.

Mira Ambika Bhavan, also known as Khetan Bhavan, is an 1887 CE Haveli that was handed to the Sri Aurbindo Divine Life Trust in 1987 CE. You may go inside this property, which has beautiful grounds and a hostel-like arrangement. A well-worshipped Ganesha Murti stood at one end. I couldn’t find anyone who could talk about this location around midday.

Mertani Ji Ki Baori (Stepwell) – This large and majestic Baori is named after Mertani, Shardul Singh’s wife. However, because to a lack of upkeep, it is difficult to notice from a close distance. Long and narrow stepwell with numerous levels that might lead to a well at the end, similar to Rani Ki Vav in Patan. I hope that local governments recognise it as an environmental heritage and give it the care it needs.

Rani Sati’s temple is the most visited in town. In common parlance, Sati is the lady who resolves to immolate herself on her husband’s funeral pyre. Those who understand this will inform you that not all women are capable of Sati. Only those with the capability to do so and the will to do so could do so. Sati was historically performed by women in order to flee invading armies, as they did in Chittorgarh.

How to Get to Jhunjhunu

Jhunjhunu is accessible by rail and road. Jhunjhunu railway station is on the Delhi-Rewari-Loharu-Chirawa-Jhunjhunu-Sikar-Ringus-Jaipur railway line. Previously, the line was metre gauge, but it is presently being changed to wide gauge. Train service is suspended until early 2013. Only services on the wide gauge will be resumed at that point.

Jhunjhunu can be reached by road in 4-5 hours from both Delhi and Jaipur. Jaipur International Airport is the nearest airport.