Home Arts & Entertainment Sports Want To Have A More Appealing Most Difficult Treks In India? Read... 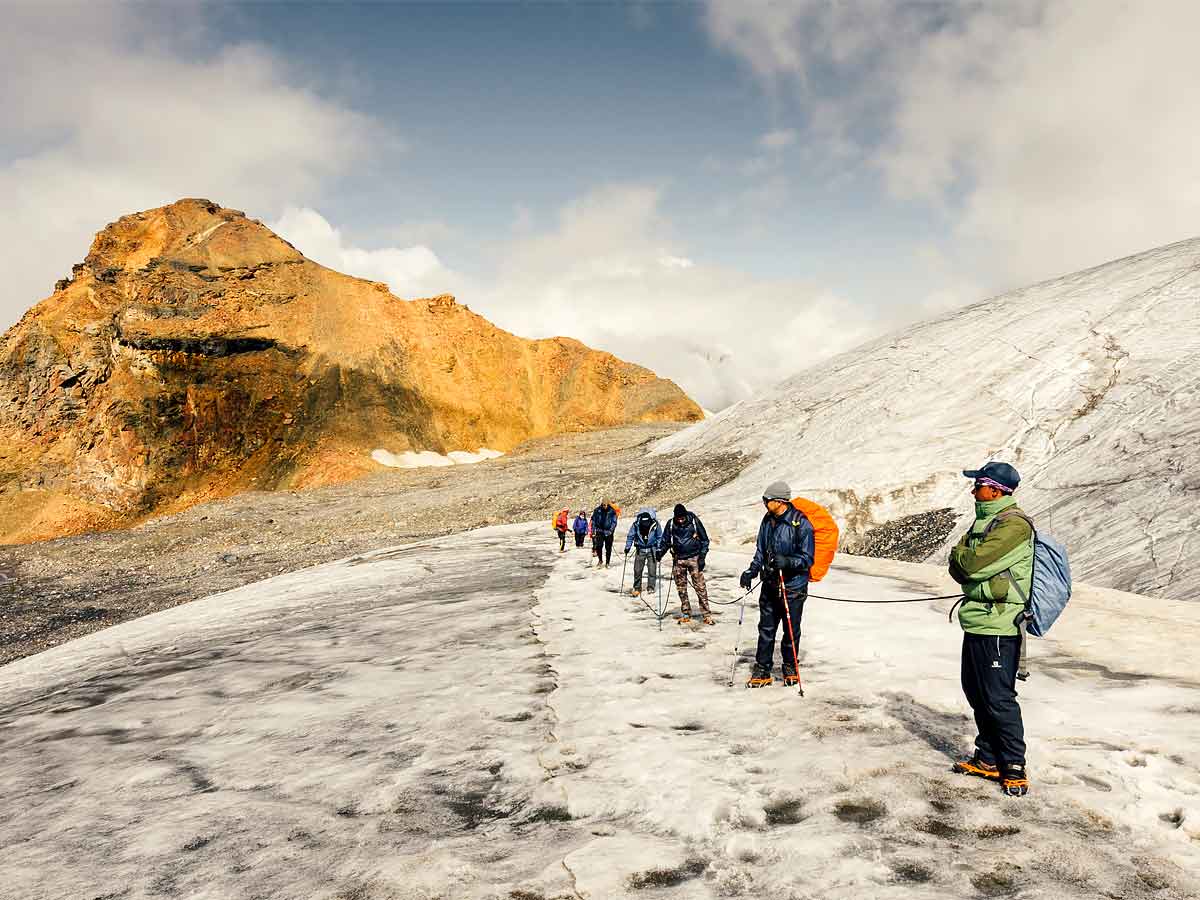 Adventure Enthusiasts, those looking for difficult expeditions, seasoned hikers, climbers, and anyone else desiring the rush of difficult treks are aware of the dangers involved. These journeys are not for the inexperienced due to the treacherous trails, flying rocks, wildlife encounters, unsure situations, and nerve-racking locations that have even claimed the lives of some.

“One can overcome these by striking a balance between physical fitness, mental health, and abiding by mother nature’s rules. These most difficult treks in India are only made possible by specialized gear, months of training, and bravery.”

Here are a few of most difficult treks in India:

Maharastra Alang Madan Kulang Trek also referred to as AMK Trek, is located in the Nashik district’s Kalsubai range of the Shyadris. Because it tests endurance at every turn and is regarded as the most difficult trek in Maharashtra, India, the trek is well-liked by adventure seekers.

The trek links the forts at Alang, Madan, and Kulang. It’s interesting to note that these forts have witnessed centuries of conflict and have changed hands several times: from the Marathas to the Mughals, back to the Marathas, and finally, in 1818, to the British. The difficult climb to the top was necessary because cannon fire destroyed the stairs.

The breathtaking view, two magnificent caves, a temple, 11 cooling water cisterns, ancient writings on the walls, astronomical withholdings, and a flat plateau to rest and take it all in come after navigating through dense forests, walking through perplexing trails, climbing straight rocks, and crossing challenging stretches of water.

Kalindi Khal is a high-altitude pass situated in the Garhwal Himalayas, nestled in the lap of the majestic Himalayas. This trek is well-known among travelers looking for a pious journey because of the connectivity between Gangotri and Badrinath Dham.

The difficulty of this trek is increased by the glaciers’ constant shifting and breaking. Going prepared for hidden crevasses and hazy directions is essential in such a situation. Ropes, ice axes, and crampons are among the trekking equipment that will come in handy in the event of inclement weather.

Despite this, because of the exhilarating experiences it provides, the Pin Parvati trek is regarded as the most sought-after trans-Himalayan pass.

The highlights of this trek include contrasting picturesque meadows, and deep valleys, the Parvati River, Buddhist Villages, flora and fauna, and evergreen forests.

Agasthyakoodam is situated on Ashambu Hills in the southern section of the Western Ghats and is named after the legendary sage Agasthya, one of the seven maharishis mentioned in the Hindu Puranas. It is one of the hardest non-Himalayan treks in India due to its isolation from all types of human settlements, lack of accessibility, wildlife encounters, and ascent.

The rapid landscape changes in Agasthyakoodam are among its most captivating features. Moist deciduous forests, semi-evergreen forests, grasslands, and evergreen forests are all encountered along the trail.

John Bicknell Auden of the Indian Geological Survey made the initial discovery of Auden’s Col in 1935, hence its name. This holy grail, which connects the valleys of Rudugaira and Bhilangna, is primarily a high-altitude mountain pass and is regarded as one of the most difficult non-technical treks in the Indian Himalayas for several reasons. Along the long, difficult trail, there are treacherous ridges and boulder sections, the Khatling Glacier is infamous for its sinking crevasses, and some areas are vulnerable to avalanches and landslides.

Also Read: 7 Amazing And Mesmerizing Treks in Japan You Must Scale

In Kerala’s Idukki district, Meesapulimala is the second highest peak in the western ghats. The shared border between Tamil Nadu and Kerala is crossed on this trek through eight hills. Although the hike to the mountains from Silent Valley is only 8 kilometers long, it presents many challenges to the hiker. From lush green valleys, high-altitude grasslands, beds of beautiful rhododendrons, and the shadow of tea estates, one travels to the peak that closely resembles the face of a tiger—hence the name. Meesa denotes a mustache, puli denotes a tiger, and mala denotes a hill.

Also known as Chimney Peak, this peak provides the most amazing views and the most memorable summit trek. In the Garhwal region of the Himalayas, this strenuous trek offers panoramic views of numerous mountain peaks, including Mana, Mandir, Hathi-Godhi Parbat, and Chaukhamba, Mt. Dronagiri, Nanda Devi, etc. The Kuari Pass, which is visible from the summit, also adds to the view’s glamour.