Home Life Travel Dwell in the Beauty of Andhra Pradesh 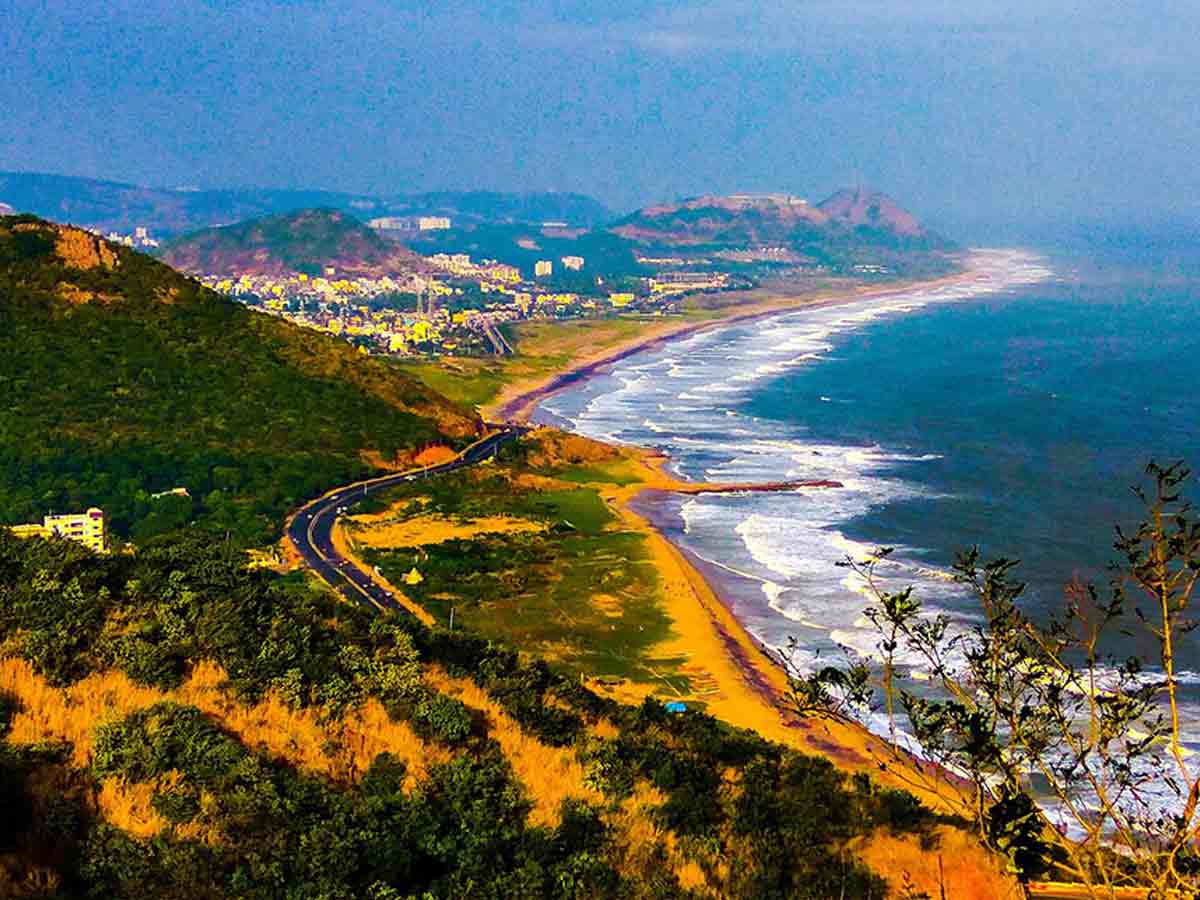 Andhra Pradesh is a state in India located in the subcontinent’s southern corner. It is surrounded to the south by Tamil Nadu, to the southwest and west by Karnataka, to the northwest and north by Telangana, and to the northeast by Odisha. The eastern border is a 600-mile (970-kilometre) stretch of coastline along the Bay of Bengal. Telangana was a territory inside Andhra Pradesh for over six decades before being split off to create a distinct state in 2014. Hyderabad, in west-central Telangana, is the capital of both Andhra Pradesh and Telangana.

The state’s name is derived from the Andhra people, who have lived in the region since antiquity and created their language, Telugu. Andhra Pradesh was formed in its current shape in 1956 due to the Andhras’ desire for a separate state. Although the state’s economy is largely agricultural, it also includes considerable mining activity and a substantial amount of industry. Andhra Pradesh’s population, like that of the rest of India, is extremely varied.

In general, ethnic identification is less important than a mix of language, religion, and social status or caste in identifying the state’s distinct groups. Telugu is the state’s official and most frequently spoken language. Moreover, one-fifth of Andhra Pradesh’s population comprises Scheduled Tribes and Scheduled Castes, historically known as “untouchables.”

Hinduism is practiced by the vast majority of Andhra Pradesh inhabitants. Islam and Christianity are followed by smaller groups of people. Muslims are predominant in the Rayalaseema region, whereas Christians reside primarily in metropolitan areas and the coast.

Also Read, Rajgir: A Small Place with a Deep and Long Histroy 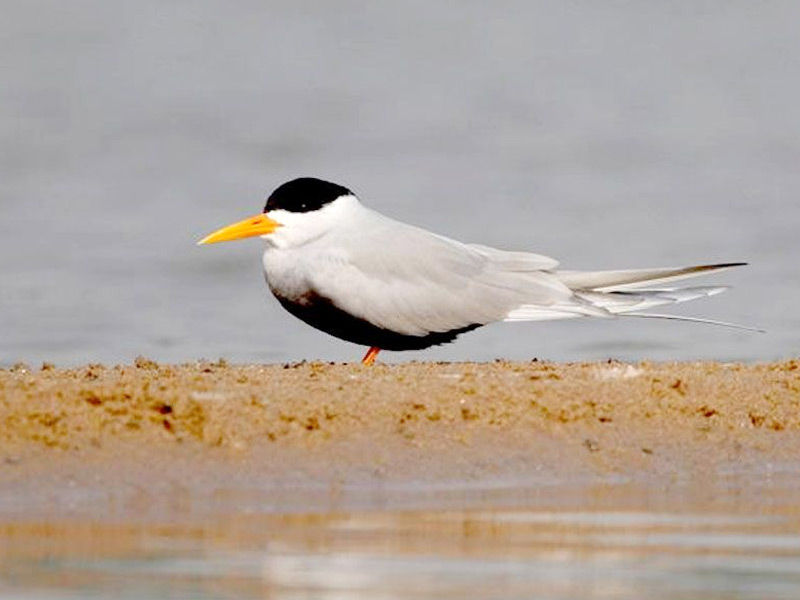 The coastal plain of Andhra Pradesh is surrounded by mangrove swamps and palm palms. At the same time, the plateau’s scattered hills are covered with thorny flora. Forests occupy around one-fifth of the state’s total area, with thick woods, particularly in the Eastern Ghats. Both moist deciduous and dry savanna vegetation may be found in the woods.

Andhra Pradesh is a place rich in heritage monuments, forts, citadels, a bewildering assortment of gorgeous cliffs, spectacular lengths of shoreline, majestic ruins, pure water lapping against golden sand, and mouth-watering regional cuisines. Tirupati Balaji, or Lord Venkatesa temple, is believed to be one of the wealthiest temples in the country, located at the foot of the Tirumala hills. It’s been described as a wonderful stopover for travelers in search of happiness and tranquility. Andhra Pradesh is, at its core, a magnificent reflection of India’s ancient history.

The iconic Andhra Pradesh tourist places, make sure to visit- 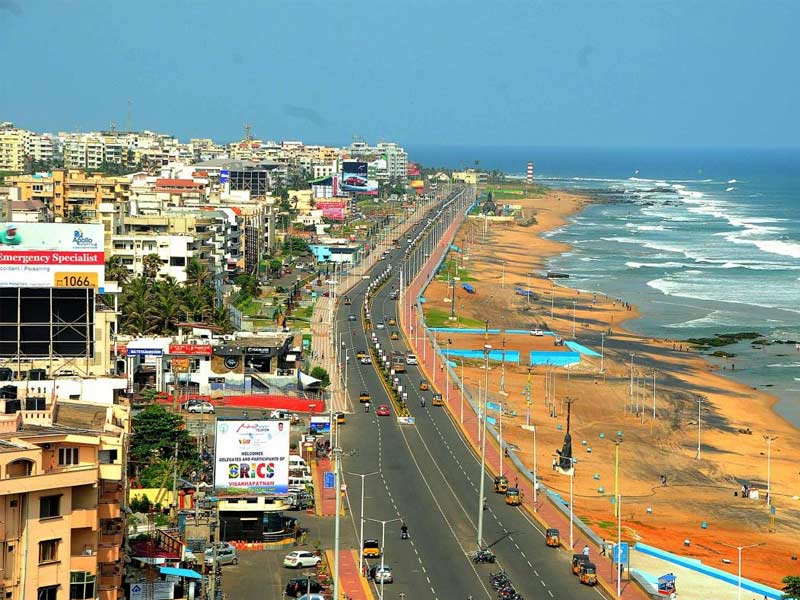 In the heart of Andhra Pradesh, Visakhapatnam is recognized for its beautiful beaches and calm scenery, and its rich cultural heritage. Visakhapatnam, popularly known as Vizag, is one of the country’s oldest port cities. The port of Visakhapatnam is known for housing India’s oldest shipyard. Araku Valley, one of Vizag’s top attractions, is only a short distance from Visakhapatnam.

Araku Valley is a hill station with flowing waterfalls, crystal clear streams, lush green gardens, and some tough walking paths perched at a high 910 meters above sea level. Vizag has numerous beaches along its coastline, the most renowned of which being Yarada Beach. Yarada beach is one of the most beautiful spots to visit in Visakhapatnam, bordered on three sides by gorgeous hills and on the fourth by the Bay of Bengal. It’s the ideal spot to relax on the golden beaches and watch the dawn or sunset. 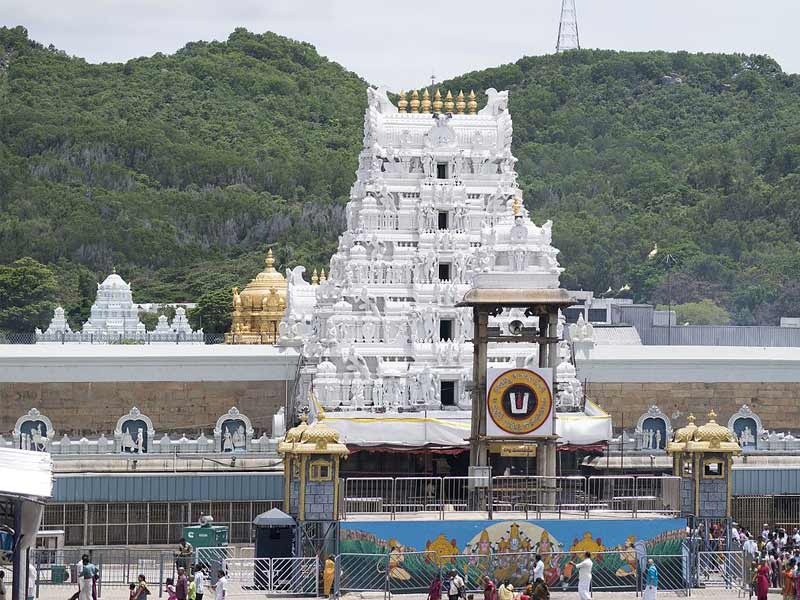 Tirupati, located in the Andhra Pradesh district of Chittoor, is well-known for the Lord Venkateshwara Temple, one of the country’s most frequented pilgrimage sites. Tirumala is one of Tirupati’s seven hills, where the major shrine is located. The temple is said to be located where Lord Venkateshwara assumed the shape of an idol and therefore houses the deity Govinda. Tirupati is one of India’s oldest towns, and it is mentioned in several ancient Vedas and Puranas. 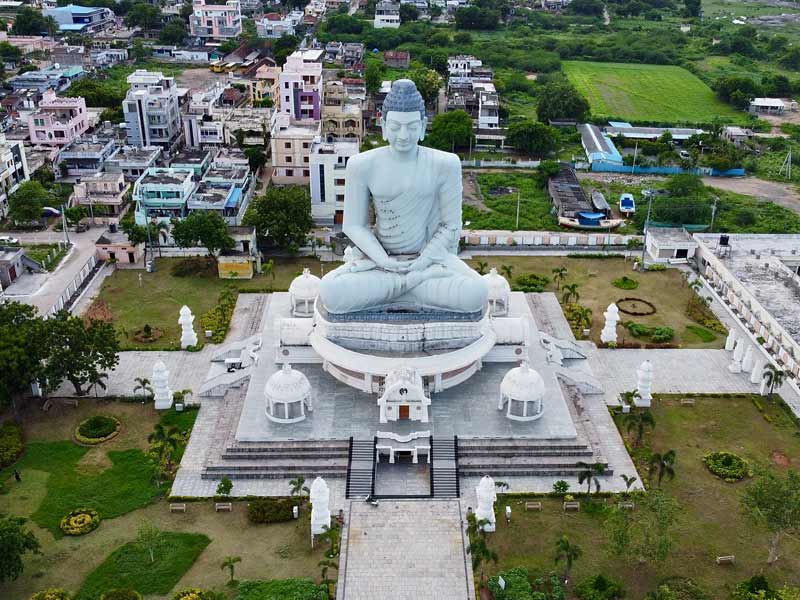 Amaravathi, the state capital of Andhra Pradesh, is a planned city on the banks of the Krishna River. Amaravathi is well-known for being the location of a Buddhist Stupa, a semi-hemispherical building holding Buddhist relics and is commonly referred to as the Abode of God. Amaravati, located 32 kilometers north of the Guntur District, is a popular pilgrimage and tourism destination. The ancient building, which is now a meditation place in the city, was built during the time of Emperor Ashoka. 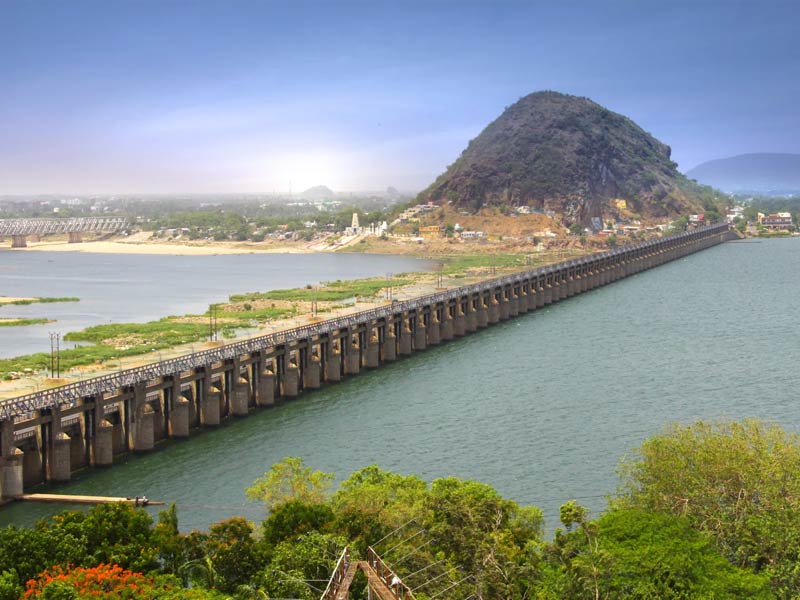 Vijayawada resonates with the clanking of temple bells mingled with the noise of traffic, and antique structures stand in perfect harmony with the contemporary architecture of the metropolis. Bhavani Island, Victoria Museum, Hazratbal Mosque, Rajiv Gandhi Park, and Kolleru Lake, among others, are among the most popular locations to visit in Vijayawada, in addition to a plethora of temples and caves. Aside from that, the city serves as a base for visiting surrounding sites such as the Undavalli Caves, Kondapalli Fort, and Mangalagiri Hill. 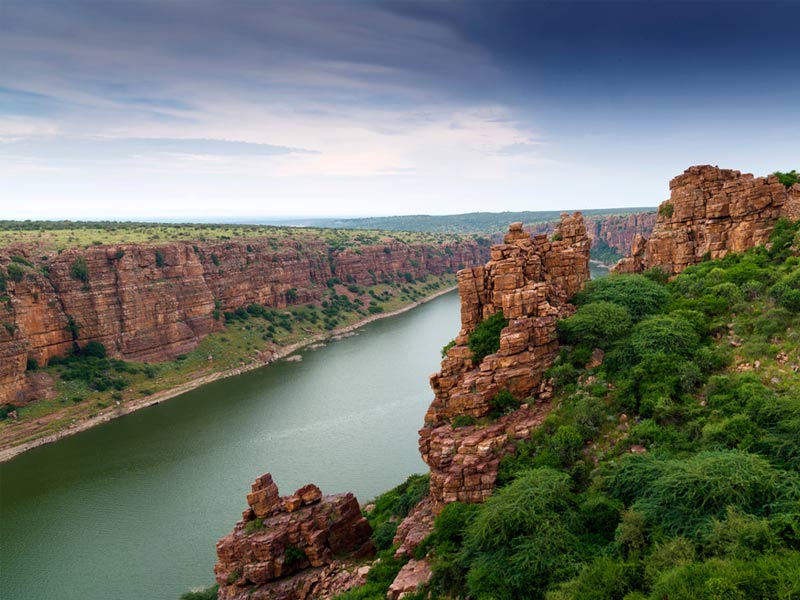 Gandikota, sometimes known as the “Grand Canyon of India,” is a small hamlet in Andhra Pradesh’s Kadapa district. The hamlet, which is bordered on the River Pennar, is known for the beautiful gorges produced by the river as it cuts through the Erramala Hills. The narrow valleys with streams running through them and sheer granite cliffs to keep them company are reminiscent of Arizona’s famous Grand Canyon. The boulder from where you may see the mesmerizing view from the viewpoint near the fort needs a near-kilometer walk from the main gate.

Also Read, Beat the Heat in and Explore Western Ghats 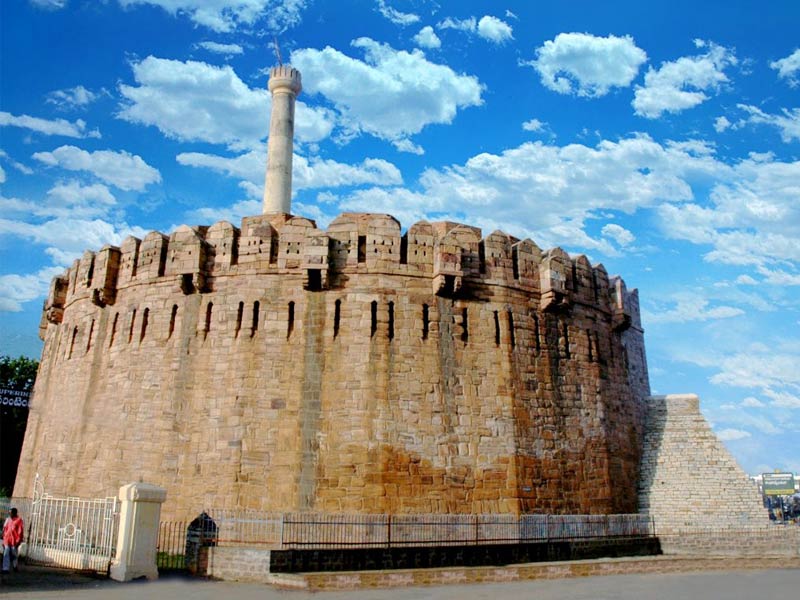 Kurnool, a tiny town in Andhra Pradesh with much historical significance and lovely surroundings, is located with many histories. The city is also known as Rayalaseema’s Gateway.

The palace of Gopal Raju (the last Hindu king), the remnants of a medieval fort erected by the Vijaynagar Empire with old Persian and Arabic inscriptions, and the summer palace built by Kurnool kings during the 16th century are all inside Kurnool’s realm.

Rollapadu is a wildlife sanctuary in Andhra Pradesh’s Kurnool district that covers 614 square kilometers and gives tourists a voyage into the wild, close to nature, among various flora and animals. Rollapadu was founded in 1988 and is well recognized for being the home of the endangered Great Indian Bustard and Lesser Florican.

Many birds and reptiles call the wildlife refuge home, which is spread out across a large region. A variety of endangered species can be found here. A day at Rollapadu might be worthwhile if you’re a nature enthusiast who enjoys getting close to and learning about biodiversity. With the neighboring Rollapadu town, a man-made water reservoir conserved for wildlife consumption, and another reservoir for rainfall collecting, the Rollapadu Wildlife Sanctuary is a great example of humanity and nature coexisting.