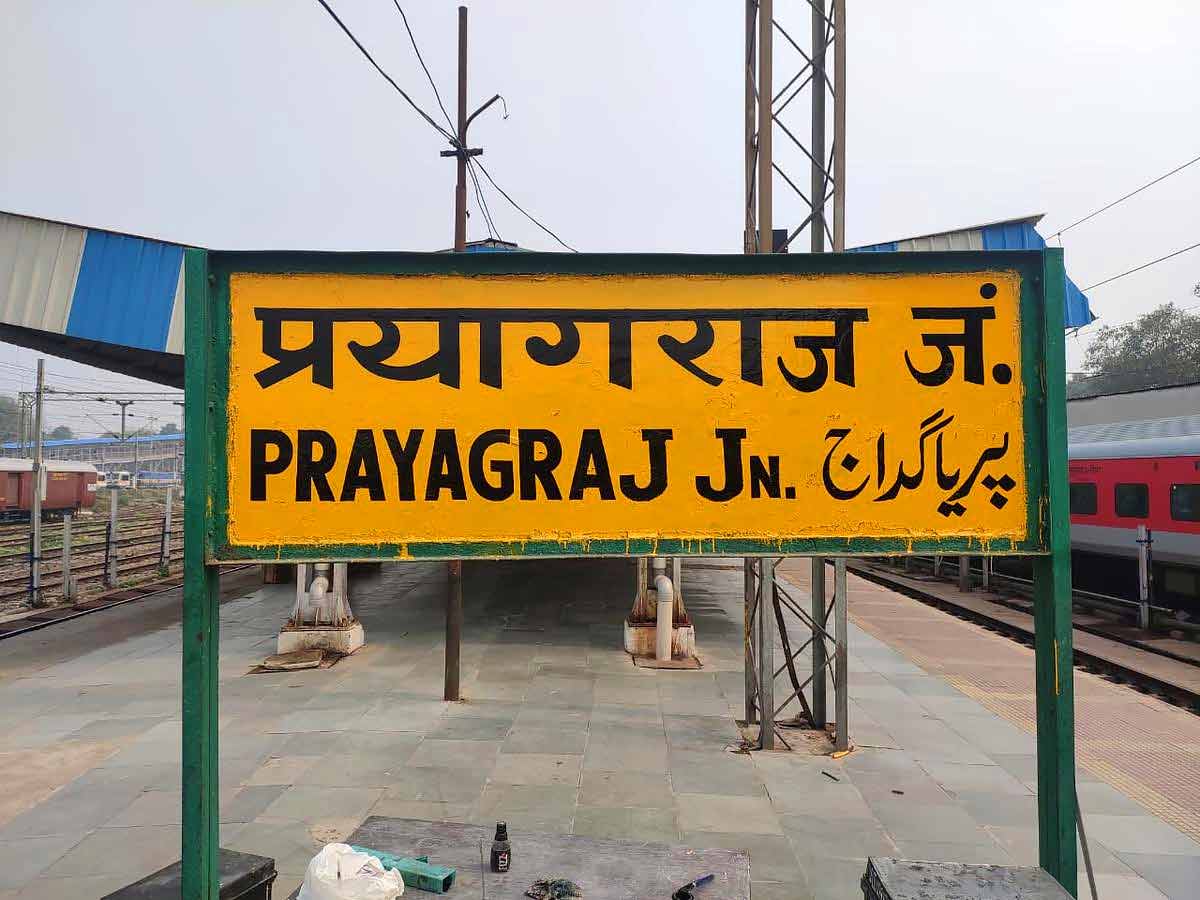 A major city in the Indian state of Uttar Pradesh is Allahabad, also known as Prayagraj and Illahabad. It serves as the administrative center for both the Allahabad division and the Allahabad district, which is the most populated district in both the state and India.

The list down below will introduce you to a few most prominent tourist spots in the city:

At the Sangam, the rivers Ganga, Yamuna, and Sarawati converge. Due to the area’s popularity, Allahabad as a whole is also frequently referred to as Sangam. The Kumbh Mela, an extraordinarily fortunate celebration, is held here once every 12 years, and the Ardh Kumbh, an equally auspicious event, is once every 6 years.

The Sangam experiences a huge influx of tourists and residents during both of these events. Hindus bathe there because they believe that coming in contact with the holy water will wash away their sins from all previous lives.

The Ganges and Yamuna rivers, the latter of which has somewhat greener water, differ in hue, making the Sangam easy to spot.

Khusro Bagh, formerly a cemetery complex next to the Allahabad Junction Railway Station, is now a walled garden characteristic of Mughal architecture.

Three exquisitely crafted sandstone mausoleums can be seen in Khusro Bagh, honoring Mughal aristocrats such as Shah Begum, Khusrau Mirza, and Nithar Begum, all of whom were related to Akbar’s son Jahangir.

Shah Begum’s mausoleum features a three-tiered design that is reminiscent of Fatehpur Sikri. It is one of Prayagraj’s most stunning tourist destinations. All three mausoleums are decorated with chhatris, arabesque inscriptions, and conventional Mughal patterns.

Some of the ruler’s best calligraphers also created exquisite lettering on the domed ceilings. If you wish to understand more about Mughal history in India, especially that connected to the historic Prayagraj, you should pay a visit to Khusro Bagh.

The original Swaraj Bhavan, now a popular tourist destination in Allahabad, was converted into the Indian National Congress’s main office in the 1930s. As a result, Motilal Nehru was forced to purchase Anand Bhavan, a new home for him and his family to live in.

The Jawahar Planetarium is now housed at the historic house museum. Motilal Nehru obtained European furnishings and the finest quality china to furnish this house and turn it into a facsimile of the original Swaraj Bhavan. The vast home reportedly underwent renovation for more than ten years.

This location, like Swaraj Bhavan, is home to numerous genuine artifacts from the Indian freedom fight as well as interactions between the Negru family and many notable freedom leaders. In 1970, Indira Gandhi, the daughter of Jawaharlal Nehru, bequeathed the residence to the Indian government. Since that time, the government has been in charge of maintaining it.

This magnificent structure, which was constructed in 1583, stands at Allahabad’s Triveni Sangam to serve as a reminder to visitors of the city’s illustrious past.

The atmosphere of Allahabad is supposed to have greatly impressed Akbar, a well-known Mughal Emperor. He made the decision to build a large fort there as a result. This fort was built to protect the Akshayavat, a sacred tree to the local Hindus.

The Allahabad fort is a monument of national importance according to the Archaeological Survey of India, which also preserves its interior for visitors.

The fort’s exteriors, which feature notable motifs and inscriptions in various areas, showcase the mastery of the Mughal building. When visiting Allahabad as a visitor, make sure to take in the splendor of the fort because it is one of the top locations to see while in Prayagraj.

The All Saints Cathedral is a well-known church that is situated in Prayagraj and is also referred to by the locals as the Patthar Girja.

This church is fashioned after the traditional European Gothic churches of the 13th century and is a component of the Gothic revival structure constructed during British rule in India.

This church’s architecture, which displays a fusion of Anglo-Indian style, is attributed to Sir William Emerson. He came up with the concept in 1871, work on it began in 1887, and it was finished four years later.

Also read: Enlighten yourself in the Tranquility of Varanasi

This location in Allahabad, which lies at the intersection of the MG Marg and the SN Marg, is ideal for solitary reflection or a peaceful prayer session. It can hold more than 400 people and is categorized as a North Indian Church. The chapel is a revered location to visit in Allahabad because of its lush surroundings, which serve as a reminder of the holiness that the structure houses.

The New Yamuna bridge was built in 2004 to reduce traffic on the city of Allahabad’s ancient Naini bridge. Over the Yamuna river, a cable-stayed bridge was eventually constructed.

It is still very busy right now, at all hours of the day. The bridge was built by private manufacturers, but the municipal government is responsible for its maintenance.

As you travel across the bridge, the Yamuna river is visible in exquisite detail. You can also take pictures of the magnificent bridge construction.