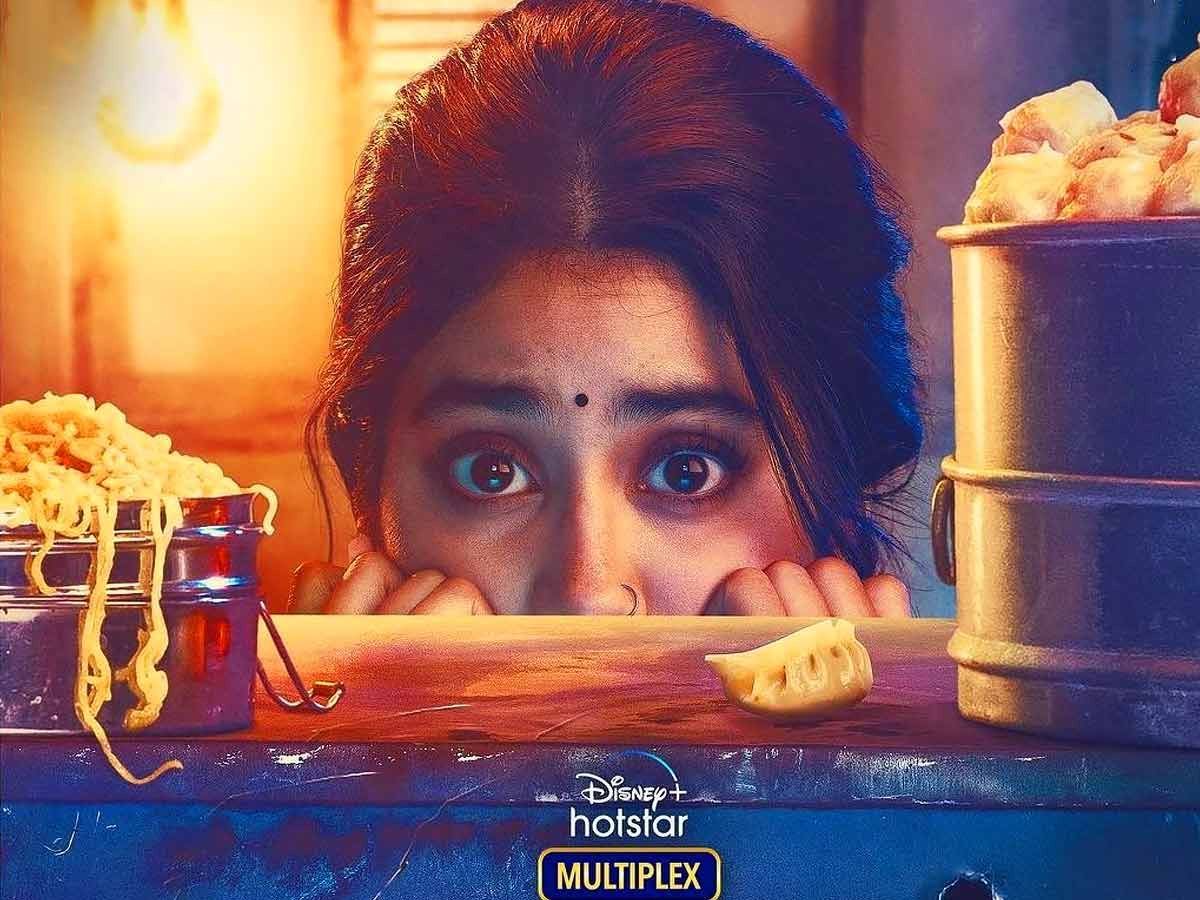 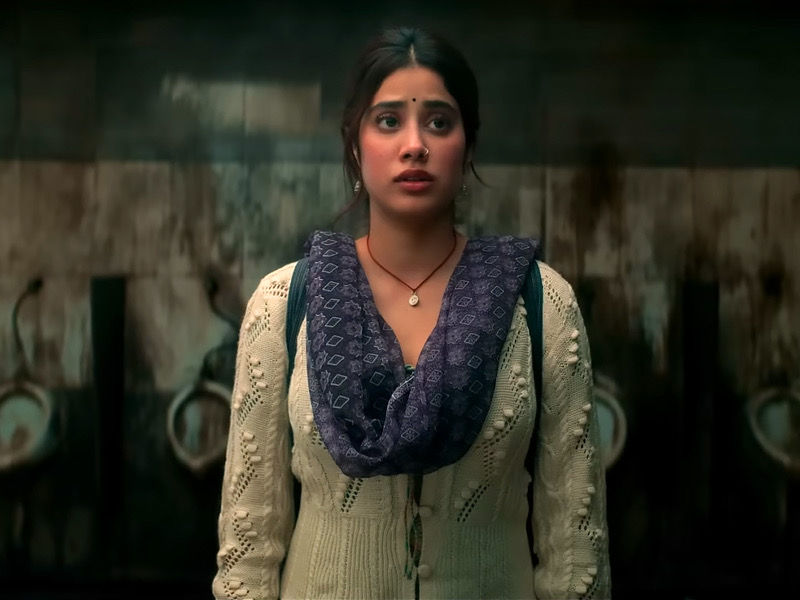 They are from Bihar, where Jerry’s father passed away in a car accident a while back. The preparation of dumplings is how Sharbati makes a living. Although Sharbati has told her mother that she does nothing for which she should be ashamed, Jerry works in a massage parlor much against Sharbati’s desires.

Despite their modest income, the family is content with their existence. They eventually discover that Sharbati has stage 2 lung cancer. The cost of the procedure is about Rs. 20 lakhs. Jerry makes an effort to raise money, but she is unsuccessful.

She unwittingly assists the cops one day in apprehending a drug dealer at a crowded market. Timmy (Jaswant Singh Dalal), the boss of the drug dealer, and his cronies Daddu and Jigri become aware that their man was apprehended as a result of Jerry.

They take Cherry captive on a barren street and force Jerry to go into the market and discover where the drug trader had stashed the contraband. They’ll let Jerry and Cherry go free after she obtains the medicines for them.

Jerry is now forced to comply with their demand. She enters the market deftly and takes the medicines. Everyone here is being searched by the police. Jerry, therefore, conceals the narcotic packet in a tiffin box beneath the noodles so that no one may see it. They release the sisters after being impressed by her work.

Cherry picks up Jigri’s wallet after he drops it on the ground. Their address is mentioned. In addition to insisting that she wants to cooperate with them, Jerry travels to their hiding place to return the wallet. She assures Timmy that the police won’t suspect her because she is a female. 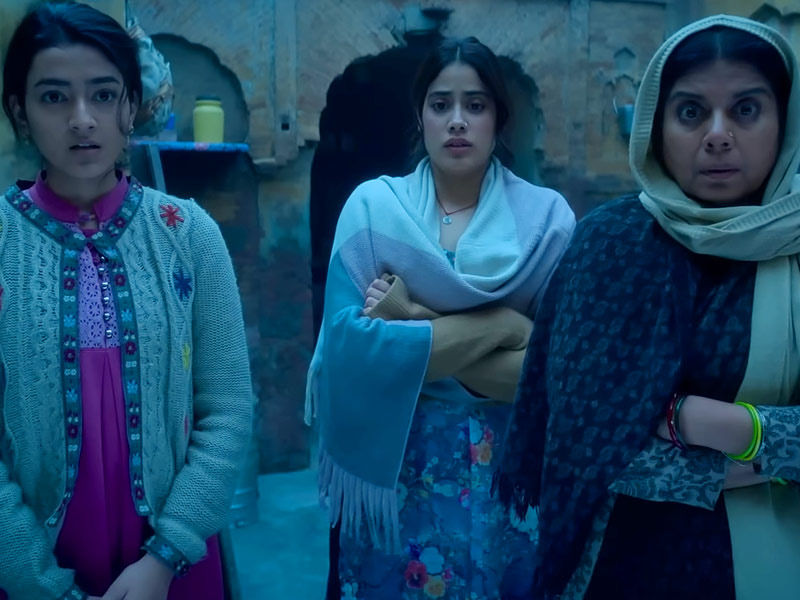 Timmy initially rejects her, but after seeing she has a point and falling in love with her, he finally caves. She is tasked with retrieving the drugs from Timmy’s restaurant and delivering them to a man by the name of Malik (Saurabh Sachdeva).

She conceals the narcotics in the tiffin box as usual. Rajender Sethi’s Inspector Lal wants to put an end to the narcotics trade. He gathers several male suspects, all of whom are suspected, but he is unable to elicit any information or drugs from them.

He is confused and wonders who is assisting the drug lords in running their operations. One day, a member of Timmy’s gang contacts Lal and informs him about Jerry’s presence and the bus she is riding in while transporting drugs. The police stop the bus and hold a nakabandi.

Jerry becomes alarmed after realizing that she is about to be taken into custody. The remainder of the movie is based on what occurs next.

GOOD LUCK JERRY is the adapted version of the Tamil film KOLAMAAVU KOKILA [2018; directed and written by Nelson]. The tale of Pankaj Matta has potential and is rather novel. The screenplay by Pankaj Matta is interesting.

The story is frequently interspersed with humor and drama, and the characters are well-developed. There are various movies where the main character decides to become a criminal to protect the family. But in this case, the main character is a woman. 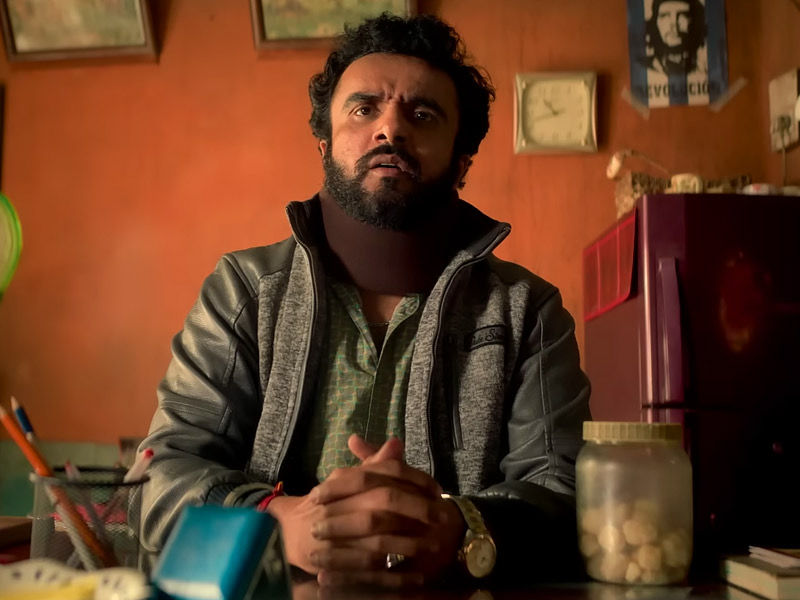 Additionally, the family angle adds a great touch to the proceedings as a whole. One of the highlights of the movie is the dialogues by Pankaj Matta. The one-liners help to increase the impact of various scenes.

Given that this is Siddharth Sen’s first film as a filmmaker, his direction is excellent. He brings the Punjabi environment to life, and it is clear that much time and effort was put into capturing the realism.

He adds his own flair rather than duplicating the original movie scene for scene. The characters do have an effect and look fierce. He also handles the humorous parts quite effectively. Despite having violent characters, he prevents the movie from becoming gruesome.

On the other hand, the second half drags. On paper, the scene in which Malik’s goons are holding Jerry and her family hostage seems intriguing.

However, the movie falters at this moment, especially because the scene before that was too humorous and this one falls short of it. Additionally, the film feels rushed in a few places. For instance, when Jerry is instructed to give Timmy a massage, the events that followed are not quite clear.

Jhand Ba plays in the background as the incredibly innovative opening titles for JERRY begin. The opening moments are alright. When Jerry runs into the drug traffickers, the movie really takes off. It’s a great scene in which she locates the pills in the restroom. 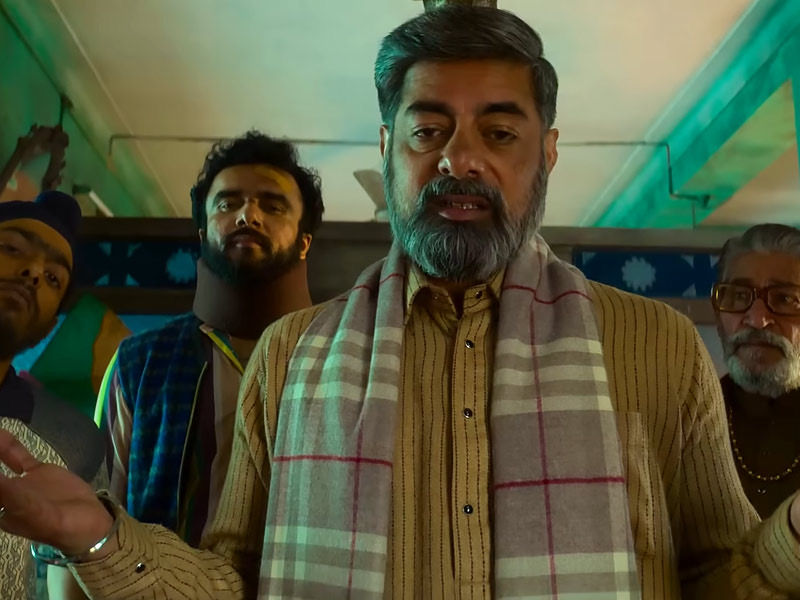 The way Jerry convinces Timmy to accept her into his gang and the scenario in which she first encounters Malik add to the enjoyment. It’s wicked and funny at the intermission.

The scene where Jerry has to sneak 100 kg of drugs past the police after the intermission tears down the house. The movie falters once more before picking up during the combat scene. It is rather convenient and weak. But humor comes to the rescue.

Regarding performances, Janhvi Kapoor is in excellent shape. She is excellent at conveying the appropriate level of innocence needed for this role. She also knows how to convey a humorous situation while maintaining a serious expression.

The heart of the movie is Deepak Dobriyal (Rinku). His performance is excellent, and you have to watch him in action to believe the craziness he brings to the table. 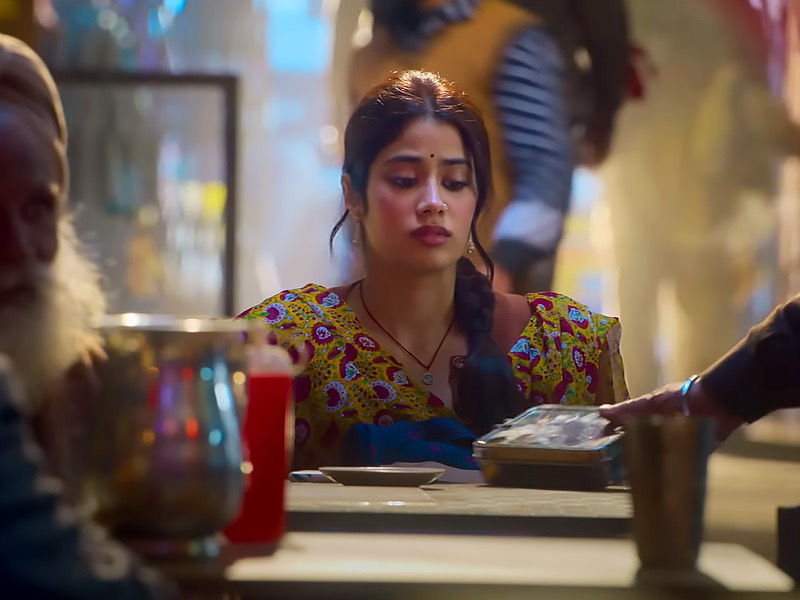 This is among his best performances, though he has given many outstanding ones in the past. It’s fantastic to see Mita Vashisht in such a major role because she is attractive. Jaswant Singh Dalal has a significant impact. Saurabh Sachdeva goes above and beyond. His character’s pre-climactic acts raise several red flags.

However, he has a good personality. Sushant Singh is ok, but it’s unclear why the filmmakers felt the need to include gratuitous fart sounds and footage of him using the restroom. Rajender Sethi can be trusted. In the same way, Neeraj Sood (Anil Uncle). The performers who portray Cherry, Jigri, and the momo vendor do a respectable job.

The music of Parag Chhabra is well-balanced. Sadly, none of the songs have reached the top 40. Impressive songs include “Jhand Ba,” “Jogan,” and “Paracetamol.” It’s fine to sing “Mor Mor” and “Cutie Cutie.” The background music, by Aman Pant, complements the main topic of the movie. 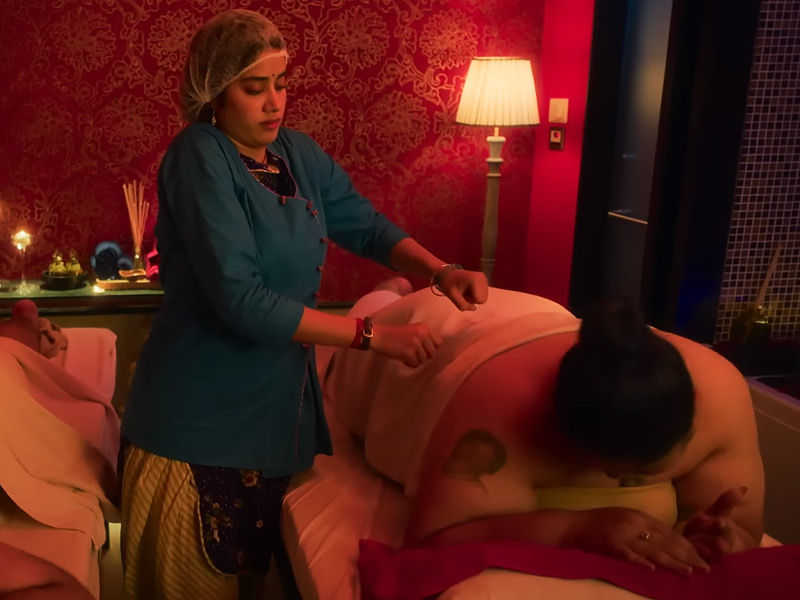 The cinematography of Rangarajan Ramabadran is excellent. Particularly the set for Jerry’s home, the production design by Madhur Madhavan and Swapnil Bhalerao is realistic. The outfits worn by Rushi Sharma, Manoshi Nath, and Bhagyashree D. Rajurkar are completely real.

The action in Manohar Verma is bloodless. Although the second half meanders, Prakash Chandra Sahoo and Zubin Sheikh do a superb job editing.

In general, GOOD LUCK JERRY is supported by a smart storyline, a humorous tone, and solid work from Janhvi Kapoor and Deepak Dobriyal.