Home Life Travel Stromboli: The Scorching Adventure for You… 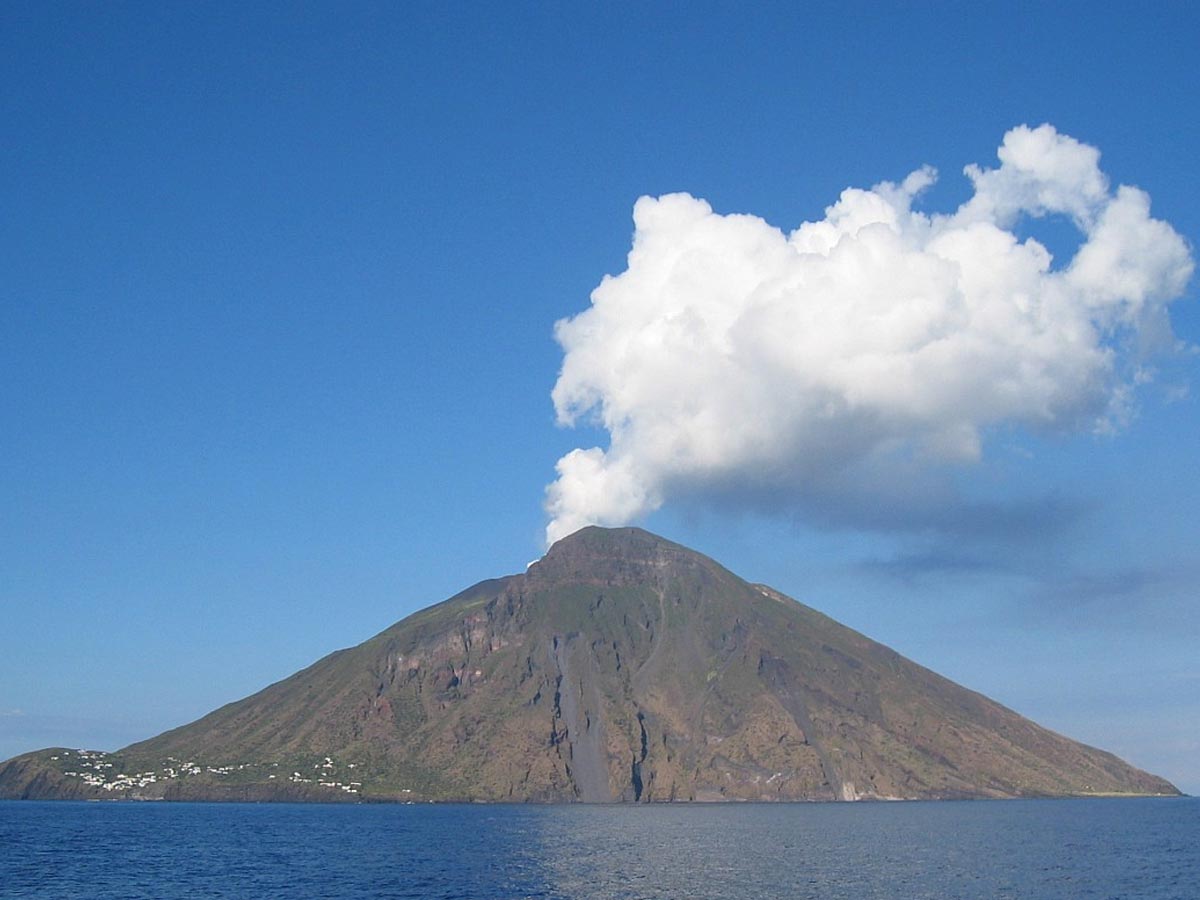 Stromboli is an island in the Tyrrhenian Sea off the north coast of Sicily. The island is important, as it houses Mount Stromboli, one of the three active volcanoes in Italy. Spanning across an area of 12.9 km sq. The name Stromboli has been derived from the Ancient Greek name Strongyle. Since the island houses an active volcano that has erupted several times in the past, it is also known as the “Lighthouse of the Mediterranean”. Stromboli is among the seven volcanic islands that make up the Aeolian Archipelago. The volcano on Stromboli has been active for the past 2,500 years.

UNESCO declared Stromboli and its neighbouring islands a World Heritage Site in 2000. The island is a very popular tourist destination and tourists from other parts of Italy as well as various parts of the world visit the island during the summers to enjoy a relaxing holiday. The summit at the island is among the activities that attract tourists who get the opportunity to visit the lava fireworks during the sunset. A batch of 500 tourists is allowed to the summit every sunset.

How to reach Stromboli?

You can dedicate 1 to 3 days to exploring Stromboli, depending upon the time you have in your hands.

A day is enough to explore Stromboli village, but you can make it a 2-day trip as well, if you want to cover more attractions.

Among the places that you can visit in the village are the black sand beaches. You can either visit them during the sunrise or sunset. Stromboli is a laid back holiday destination with ancient town vibes and colourful architecture. Exploring the narrow lanes of the village on a rented Piaggio Ape is among the things you can enjoy in the village.

Do not forget to visit the Parrocchia di San Vincenzo Ferrari where you can click some spectacular images, thanks to the gorgeous background and natural light.

You can also get a view of Strombolicchio, an islet hardly 2 km from Stromboli. It was once a volcano that eventually collapsed into the sea.

Among the best beaches to visit in the village is the iconic Grotta di Eolo. Locals rate it among the best beaches on the island. It is also the preferred spot to hangout for couples visiting the village. Besides the unique black sand, the beach is also famous for the caves formed by lava. These caves act as a natural boundary to the beach and it remains hidden from the eyes of new travellers. You’ll need to do some research to find the beach.

The best part of the exploration is hiking all the way to the volcano. Travellers are allowed to go till Sciara del Fuoco, a viewpoint of the Sciara del Fuoco. There aren’t any real stops on the way and you really need to have good stamina to complete the summit in one go. It is also advisable to carry a water bottle and some dry fruits and chocolates for refueling. The viewpoint is 290 metres above the sea level and has two levels. The path from which the lava flows down into the sea is clearly visible from the second level of the viewpoint. If you are lucky, you can see smoke coming out of the volcano.