Home Arts & Entertainment Poetry The Waste Land: A Beauty of poetry that Defines Death by… 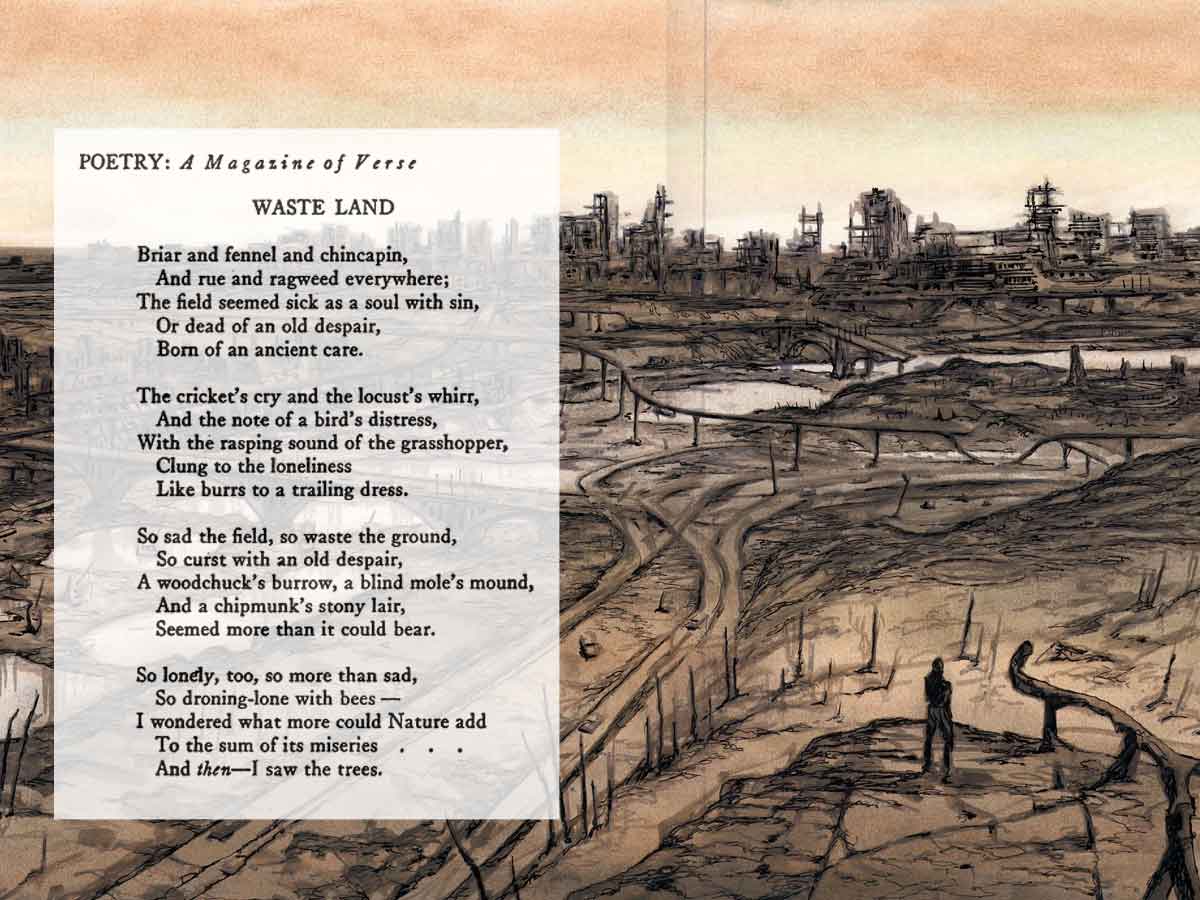 Thomas Stearns Eliot OM, popularly known as TS Elliot, was a poet, essayist, publisher, dramatist, literary critic, and editor who lived from September 26, 1888, to January 4, 1965. He is a significant character in English-language Modernist poetry and is one of the twentieth century’s important poets. Elliot was born in St. Louis, Missouri, to a famous Boston Brahmin family, and at the age of 25, he travelled to England to live, work, and marry. He became a British citizen at the age of 39 in 1927, losing his American citizenship.

In 1915, Eliot gained notoriety for his poem “The Love Song of J. Alfred Prufrock,” which came out as a modernist classic. It was followed by “The Waste Land” (1922), “The Hollow Men” (1925), “Ash Wednesday” (1930), and Four Quartets, which are among the most well-known poetry in the English language (1943). He was also noted for writing seven plays, the most well-known of which were “Murder in the Cathedral “(1935) and The Cocktail Party (1938). In 1948, he was awarded the Nobel Prize in Literature for “great, pioneering contribution to contemporary poetry.”

T. S. Eliot’s poem The Waste Land is largely considered to be one of the most important poems of the twentieth century and a fundamental work of modernist poetry. The 434-line poem initially published in the October issue of Eliot’s The Criterion in the United Kingdom, and in the November issue of The Dial in the United States in 1922. In December 1922, it was released as a book. “April is the cruelest month,” “I will show you fear in a handful of dust,” and the Sanskrit mantra “Shantih shantih shantih” is among its most renowned lines.

There are five portions to the poem. The first, “The Burial of the Dead,” presents the many themes of sorrow and disappointment. In The second, “A Game of Chess,” features alternate narrations in which vignettes of many persons deal with the subjects firsthand. The last part, “The Fire Sermon,” is a philosophical discussion on death images and self-denial attitudes in contrast, influenced by Augustine of Hippo and Eastern faiths. The concluding fifth segment, “What the Thunder Said,” finishes with a picture of judgment after a fourth portion, “Death by Water,” which includes a brief poetic supplication.

He did the Police in Different Voices was Eliot’s initial title for the poem. The first two portions of the poem—’The Burial of the Dead’ and ‘A Game of Chess’—appeared under this title in the version of the poem Eliot brought back from Switzerland. This unusual phrase comes from Charles Dickens’ novel Our Mutual Friend, in which Betty Higden, the widow, says of her adopted foundling son Sloppy, “You wouldn’t believe it, but Sloppy is a stunning newspaper reader. He performs the Police in a variety of voices.” Some critics use this working title to support the thesis that the poem has just one primary consciousness, although there are many diverse voices (speakers).

The Waste Land was Eliot’s last choice for a title. He credits the title to Jessie Weston’s book On the Holy Grail, From Ritual to Romance, in his introductory note to the poem. The allusion is to the Fisher King’s injury and the resulting sterility of his domains; the Grail questor must inquire, “What ails you?” in order to restore the King and make his grounds fertile again.

The poem begins with a Latin and Greek epigraph from Petronius’ Satyricon:

The five parts of The Waste Land are entitled:

What the Thunder Said

The poem’s structure is also designed to closely mirror Jessie Weston’s description of the vegetation myth and Holy Grail mythology around the Fisher King narrative in her book From Ritual to Romance (1920). Weston’s work was so important to the poem’s structure that it was the first material listed by Eliot in his “Notes on the Waste Land.”

The poem’s style is defined by the many references and citations from other literature that Eliot sprinkled throughout it. Eliot includes various references to “lowbrow” genres besides many references and quotes from poets such as Baudelaire, Dante Alighieri, Shakespeare, Ovid, and Homer, as well as Wagner’s libretti. Eliot’s statement from the 1912 popular song “The Shakespearian Rag” by lyricists Herman Ruby and Gene Buck is an example of this. There were also some lowbrow references in Eliot’s original manuscript’s opening section, but these were eliminated from the final draught after Eliot excised this part.

The Waste Land is famous for its disconnected structure, which is reminiscent of James Joyce’s Ulysses’ Modernist approach (which Eliot cited as an influence and which he read the same year that he was writing The Waste Land). Eliot jumps from one voice or picture to another in a Modernist manner, without precisely distinguishing these movements for the reader. He also uses terms from a variety of languages (Latin, Greek, Italian, German, French, and Sanskrit).