Home Life Travel Vietnam: 4 Places you Must See | As the Country Borders are... 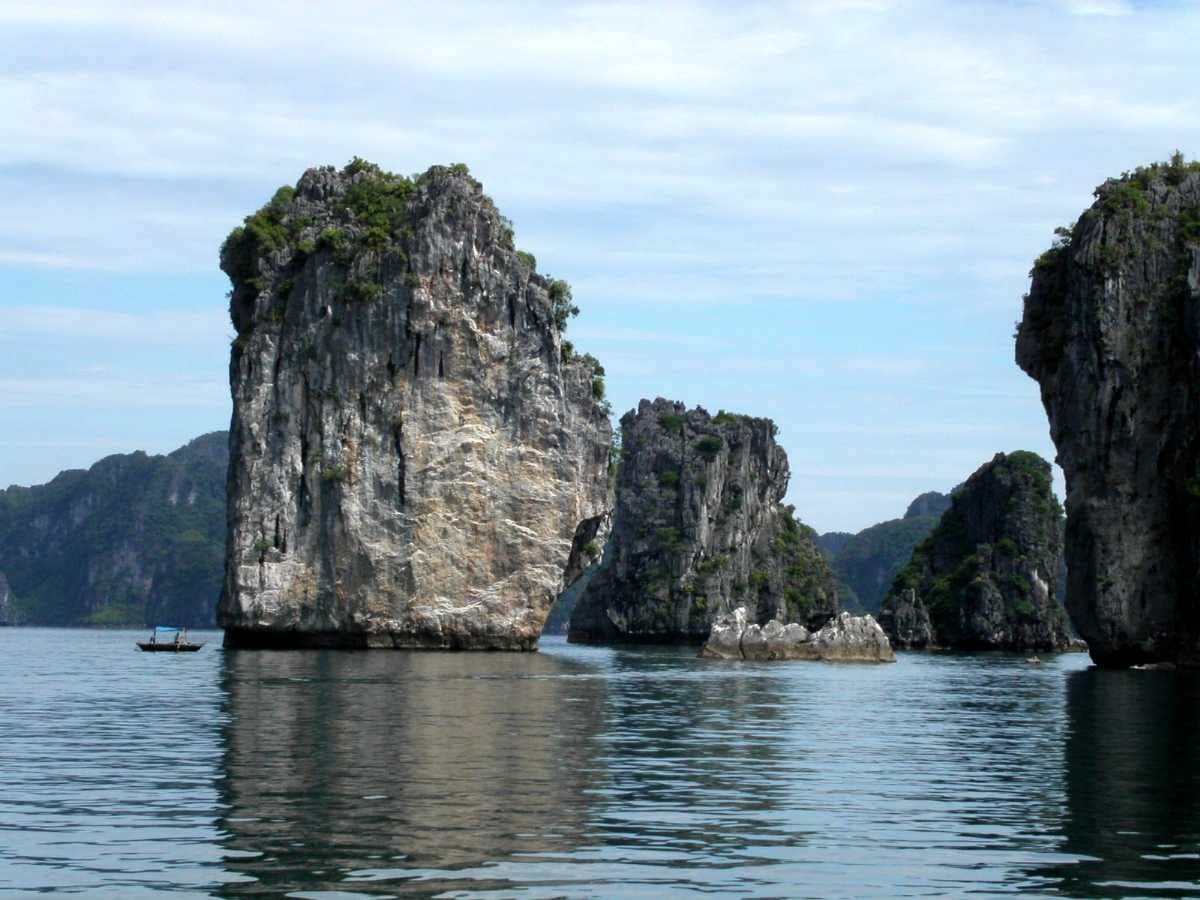 Vietnam is an incredible combination of natural beauty and cultural diversity. The scenery ranges from towering peaks visible from winding mountain paths down to gorgeous paddy fields painted every shade of green in the palette. At the same time, cultural vultures will find enough to enjoy owing to the country’s long history and an incredible variety of ethnic communities.

Hikers, bikers, and outdoor enthusiasts may delve into the countryside inside the national parks. At the same time, the stunning karst seascape of Halong Bay is one natural sight that even the most lazy can appreciate up and personal on a cruise.

This interesting country is full of surprises and is one of the most undervalued places in Southeast Asia. Use our list of the greatest locations to visit in Vietnam to plan your itinerary.

Halong Bay’s karst seascape is a UNESCO World Heritage Site and one of the world’s most mesmerizing seascapes. Thousands of limestone islets in the Gulf of Tonkin have been worn into jagged pinnacles by wind and sea action over millennia.

It is prime cruising territory, with the bay’s beauty best appreciated by boat. A day trip will not be enough to see all of Halong Bay’s famous features, so plan at least one overnight trip. Other caves in the bay may be visited, including the Hang Sung Sot, three massive caverns, and the Hang Dao Go, which has extremely strange stalagmites and stalactites. The pleasure for most tourists, though, is simply riding through the karsts and taking in the changing panorama of pinnacles as they pass by.

No trip to Vietnam is complete for large city aficionados unless they visit Ho Chi Minh City, the country’s pulsating and wild commercial capital. The streets are clogged with motorcycles and vehicles, the restaurant and café culture is quite international, and the shopping is among the best in the country.

Dong Khoi, the city’s core area, is relatively compact and readily accessible, and it houses the majority of the city’s attractions. The HCMC Museum, with a remarkable collection of objects that ties together the city’s past, and the great Notre Dame Cathedral, erected in the late 19th century, are both located here. Visit the neighboring Da Kao ancient area for some of the greatest remaining examples of the city’s French colonial architecture, as well as the Jade Emperor Pagoda, which has a spectacular collection of Buddhist and Taoist religious imagery. Following that, the History Museum is a must-see for history buffs, with heaps of artifacts from numerous ancient sites on show.

Hue, one of Vietnam’s most ancient towns, is brimming with treasures from the rule of the 19th-century Nguyen emperors. The Imperial Enclosure is a massive complex built behind 2.5 kilometers of walls along the banks of the beautiful Perfume River.

While viewing the gardens, don’t miss the stunning Ngo Mon Gate, the Thai Hoa Palace with its exquisitely lacquered interior decoration, the Dien Tho Residence where the Queen Mothers would stroll, and the Halls of Mandarins with their ceiling murals. Outside the Imperial Enclosure walls, there are a plethora of historical sites.

Phong Nha-Ke Bang National Park, one of the greatest sites to visit in Vietnam for caving, is a stunning karst mountain formation honeycombed with gigantic caves home to outstanding stalactites and stalagmite displays. The most popular attraction in the park is the Paradise Cave, which runs 31 kilometers below the earth.

The vast tunnels here are very breathtaking. Tu Lan Cave is a “wet cave,” and visiting it entails swimming across the cave system’s river. The Phong Nha Caves, whose interior is only accessible by boat, are another popular tour. From Son Trach, you may reach Phong Nha-Ke Bang National Park.

My Son is a destroyed Cham period temple city from the 4th century, surrounded by beautiful jungle-covered mountains. This ancient Hindu holy site was still in operation from the seventh to tenth centuries and only went into utter decline and abandonment in the thirteenth century.

Around 20 temple constructions remain, all constructed of brick or sandstone blocks and displaying intriguing influences from several Asian civilizations, including Indian and Malay. It’s worth noting that Group B’s temples are the oldest. In contrast, Group A previously housed the site’s most important monument but was purposefully destroyed by US soldiers during the Vietnam War.

Vietnam to reopen its borders.

Vietnam’s borders have remained closed to international visitors for the previous two years. However, with the relaxation of limitations this spring, travelers will be able to plan a vacation to this wonderful nation and explore its beaches, history, food, and culture. Vietnam intends to reopen its borders to visitors on March 15, 2022.

Vietnam’s Ministry of Culture, Sports, and Tourism proposes eliminating all main travel restrictions and allowing visitors to enter the nation three months ahead of schedule. According to a recent update, the government lifted its restrictions on foreign passenger flights on February 15, returning the number of flights to pre-pandemic levels.

All inbound travelers must provide negative COVID-19 RT-PCR/RT-LAMP results 72 hours before departure or Rapid Antigen Test results 24 hours before arrival (except for children under two years of age). They will also be required to be tested within 24 hours of their arrival in the nation.