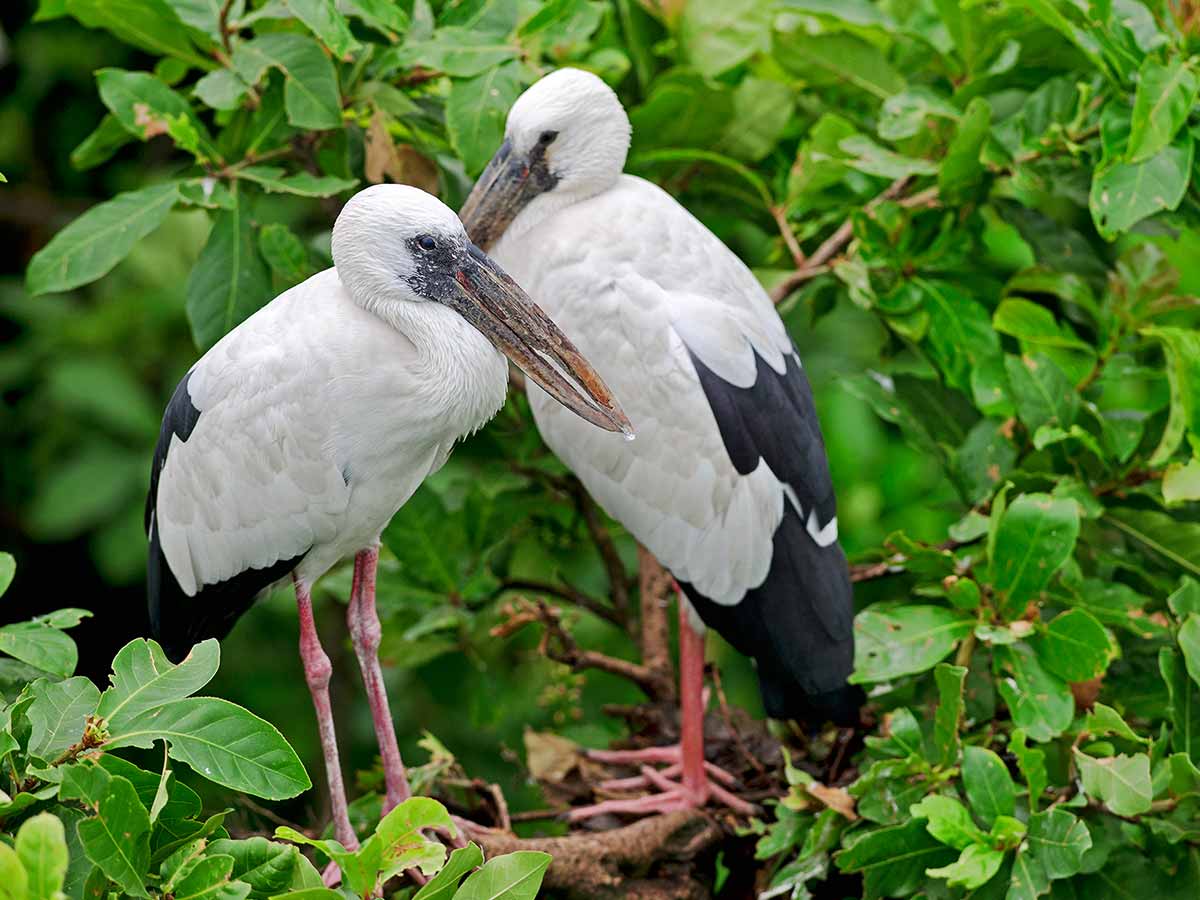 About the Kulik Bird Sanctuary…

The Kulik bird sanctuary is becoming a popular tourist destination due to the high number of migrating birds that visit. The Kulik forest is Asia’s second-largest. According to a survey taken in 2008, 91,540 birds visited the region, with 70,000 to 80,000 migratory birds visiting the Sanctuary each year. Each year, a variety of migrating birds arrive from South Asian nations and coastal regions. The number of visitors visiting the Sanctuary continues to climb year after year, owing to an increase in migratory birds visiting the Sanctuary. Kulik is one of Asia’s largest bird sanctuaries, including Asia’s largest colony (heronry) of Open-billed Storks.

The Sanctuary, home to 164 bird species, hosts migratory birds such as Asian Open-billed Storks, Egrets, Night Herons, and Cormorants from the end of May to the first week of July. The district administration established an eco-park, Raiganj Kulik Eco Park, just on the border of the bird sanctuary to increase the area’s attractiveness and attract more tourists.

The region was first developed in 1970 as part of the West Bengal government’s social forestry initiative. The department planted tropical dry deciduous forest tree species such as Kadam, jarul, sissoo (Dalbergia sissoo), and eucalyptus. The artificial forest was formally declared as the “Raiganj Wildlife Sanctuary” in 1985. The Asian openbill and other migratory bird species flocked to it during the breeding season. Because the river Kulik flows alongside the Sanctuary, it is known as Kulik Bird Sanctuary.

The Best Time to Visit… 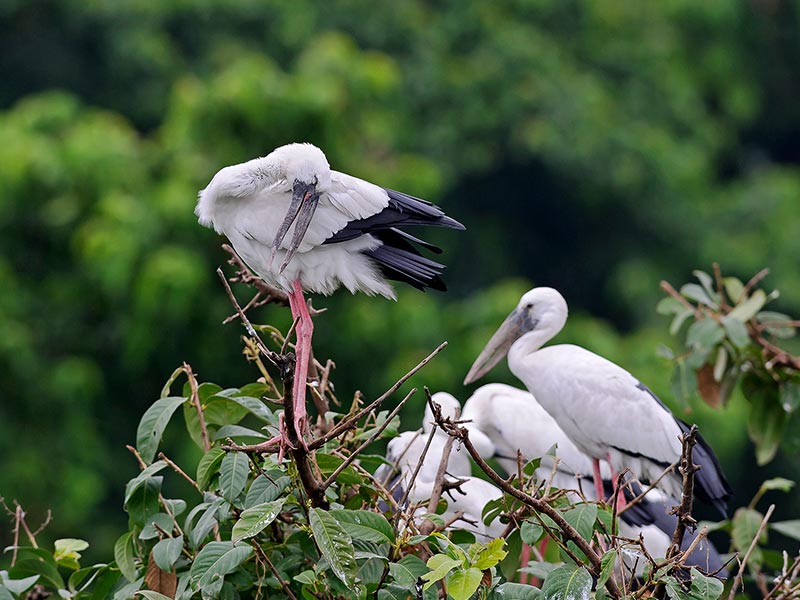 The best months to visit the Sanctuary are summertime and early winter, between October and March. Migratory birds arrive in the reserve at the end of May and leave around the middle of December. Even though nesting relies on the monsoon, most nesting occurs between July and August, with eggs deposited between August and September. If you visit in October or November, you will most certainly encounter parents instructing their children on how to fly. By December or January, the birds had generally flown away.

Birds, on the other hand, have been found not to reproduce during droughts. Little cormorants, egrets, and herons are among the other migrating species that may be observed during this time. According to the forest department, flycatchers, kites, owls, woodpeckers, kingfishers, and drongos are among the resident birds. While wandering along the riverfront walks, you may see storks and other birds. Inside the forest, there are many watchtowers from which the heronries may be observed. A wildlife interpretation center is located in the entry watchtower. If you want to keep an eye on bats, you can do it from a watchtower near a large colony.

There’s also an animal enclosure (including a lone Nilgai bull), an aviary, a turtle pond, and an aquarium at the Sanctuary (you need to leave your shoes behind to enter the air-conditioned enclosure). If you stay at the state-run tourist lodge near the Sanctuary, you’ll see that the birds are nesting in the trees around the structure as well.

Also Read, Some rarest birds which would vanish off of the face of the earth if not conserved 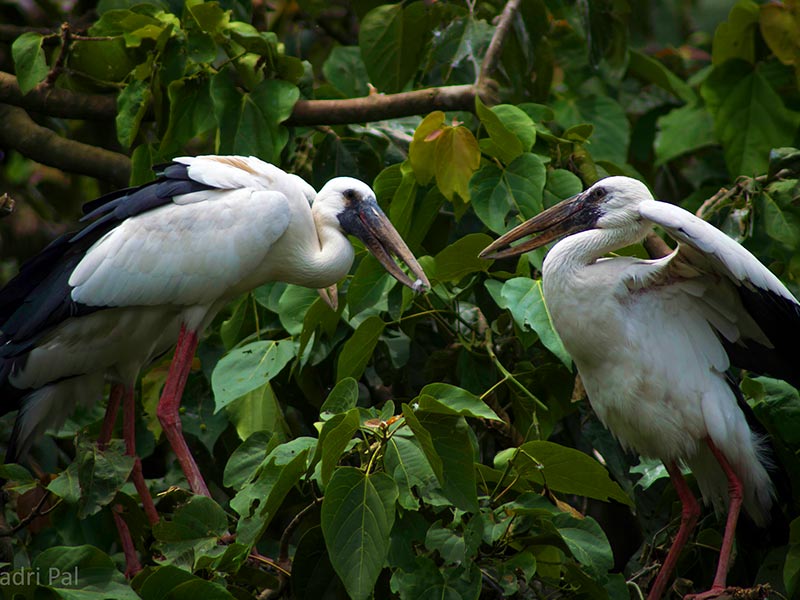 Kulik Bird Sanctuary is located near Raiganj, which is well accessible by NH34. It is a 425-kilometer journey from Kolkata to Raiganj. You may also rent a car at Siliguri, which is 181 kilometers away from Raiganj. Trains frequently run from Sealdah to Raiganj railway station.

Balurghat, located in the Dakshin Dinajpur district of the State, is the closest railway station on the Eklakhi-Balurghat branch line. It provides service to Balurghat and the neighboring areas. The easiest approach to explore the Sanctuary is to combine walks along the well-kept trails with stops at the watchtowers. The routes pass through Jarul, Kadam Arjun, and other tree forests. The Kulik River runs through the woodland, as do many canals. 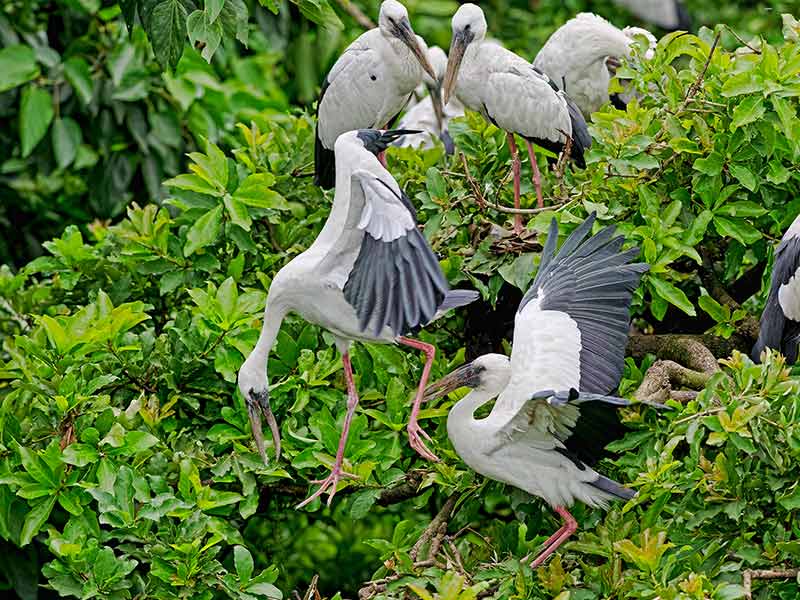 The number of visitors to the Sanctuary has been steadily increasing. The Raiganj Kulik Park, located near the Sanctuary, was built by the district administration to increase the area’s attractiveness. Border Area Development Project, MP Local Area Development Fund, Tenth Finance, Uttar Banga Unnayan Parshad, Rashtriya Samavikash Yojana, National Food For Work, and MLA Local Area Development Fund were among the organizations that contributed money. From December to February, the Sanctuary attracts many tourists from West Bengal and Bihar areas, many of whom organize picnics. Unfortunately, they annoy not only the birds but also harm the ecosystem.

The Raiganj social forestry division has chosen to build a picnic area with water, shade, toilets, a small park, and a foot route near Bhattadighi to attract more tourists.