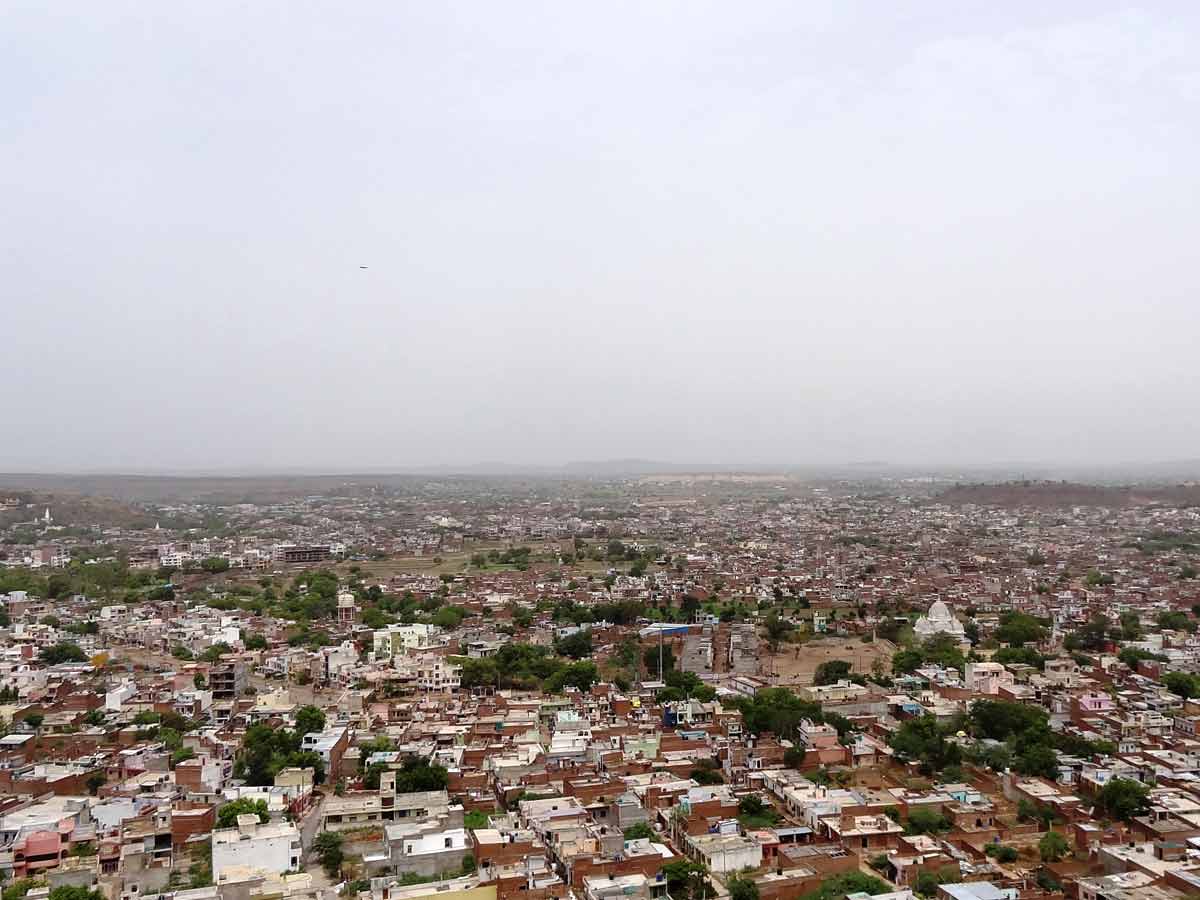 Gwalior is a historic and important city in Madhya Pradesh, as well as the largest city in the state’s Gird region. It is located 343 kilometres away from Delhi and 120 kilometres from Agra. It was recently chosen as one of 100 Indian cities to be transformed into Smart Cities.

The city is strategically placed in the Gird area of India, 343 kilometres (213 miles) south of Delhi, India’s capital city, 120 kilometres (75 miles) from Agra, and 414 kilometres (257 miles) from Bhopal, the state capital. The city is bordered on all sides by high rocky hills, and it is bounded on the north by the Ganga-Yamuna drainage basin. Gwalior is known for its historical sites, which include majestic palaces and ancient temples. The Gwalior Fort is the city’s most famous and iconic landmark, as well as the best place to visit in Gwalior.

The fort’s history is what makes it so popular. Babur referred to it as the “pearl among fortresses in India.” It is one of the most impenetrable fortresses in the northern and southern kingdoms, perched on a rocky mountaintop and overlooking the entire city.

King Suraj Sen is said to have founded the historical city of Gwalior in 8AD. According to local legend, Suraj Sen, a local chieftain, was cured of leprosy by a holy man named Gwalip. Suraj Sen founded the city and named it Gwalior in his honour.

Places to see in Gwalior

The Gwalior Fort, dubbed “the jewel amongst castles in India” by Mughal emperor Babur, is one of the most formidable fortresses in all of northern and southern India and is a must-see. This towering monument, located on top of a large rocky mountain near Gwalior in Madhya Pradesh in central India, overlooks the whole city of Gwalior. Evidence reveals that it has been there since the 6th century and is an integral element of the city’s character and architecture.

It is also the location of the second earliest reference to the number ‘zero,’ which was discovered in the shape of a sculpture within a temple on the fort’s summit. The Gwalior Fort was built in two portions, during two separate historical periods, and therefore this architectural masterpiece has a unique history. It has changed hands several times, from one dynasty to the next. The whole fort complex is well-kept and features temples, water reservoirs, and palaces like as Man Mandir, Gujari, Jahangir, Karan, and Shah Jahan.

Also Read, Jhunjhunu: Beautiful City to bring a Smile on your Face

The Palace of Jai Vilas

The Jai Vilas Palace, also known as the Jai Vilas Mahal, is a monument of age-old Indian culture and splendour that has been preserved to the present day in Gwalior, Madhya Pradesh. The Maharaja of Gwalior, Jayaji Rao Scindia, commissioned the construction of this beautiful monument in 1874 to present a spectacular welcome to King Edward VII, the then Prince of Wales. It is presently home to the descendants of the royal Maratha Scindia dynasty. The palace also houses a museum with 35 rooms, the Chitrangada Raje Art Gallery, and a library with over 5,000 books.

Furthermore, each chamber in the regal palace has historical artefacts such as a collection of swords going back to Shah Jahan’s and Aurangzeb’s reigns, as well as the original Dhal (shield) that was owned by freedom fighter Rani Laxmibai. The endeavour cost INR 1 crore in total, which was most likely an expensive event at the time.

Gujari Mahal, built by Man Singh in the 15th century for his favourite lady Mrignayani, is now in ruins and also serves as an archaeological museum, displaying different sculptures, statues, and other relics going back to the 1st and 2nd centuries BC.

Man Mandir Palace, at the north-east extremity of the fort, was constructed between 1486 and 1516 by the Tomar monarch, Man Singh Tomar. The palace was destroyed by time, but the remnants of the palace still display the wonderful carvings and decorations of the time.

How to reach Gwalior

How to Get to Gwalior by Plane

Gwalior airport is located 8 kilometres from the city centre. The airport in Gwalior is well connected to all major cities. Private cabs are readily accessible outside the airport. Gwalior has direct flights to Mumbai, Delhi, Goa, Hyderabad, Kolkata, and other important cities. Gwalior Airport is the nearest airport.

How to Get to Gwalior by Train

Gwalior railway station is well connected to all major cities and towns, allowing visitors to quickly access the city and discover its rich legacy. For continuing travel, travellers can choose from a variety of private cabs. Because the train station is in the heart of the city, travellers will not have to go far to reach their destination.

How to Get to Gwalior by Car

Gwalior city is well connected to all major cities and towns by the state bus service, thus people do not need to worry since they can take a bus from various areas to go here easily. State buses, luxury buses, tourist buses, and private buses may all be used to go to Gwalior. Buses run frequently between Gwalior and Indore (169 kilometres), Kanpur (265 kilometres), Delhi (319 kilometres), and Jaipur (348 kilometres).