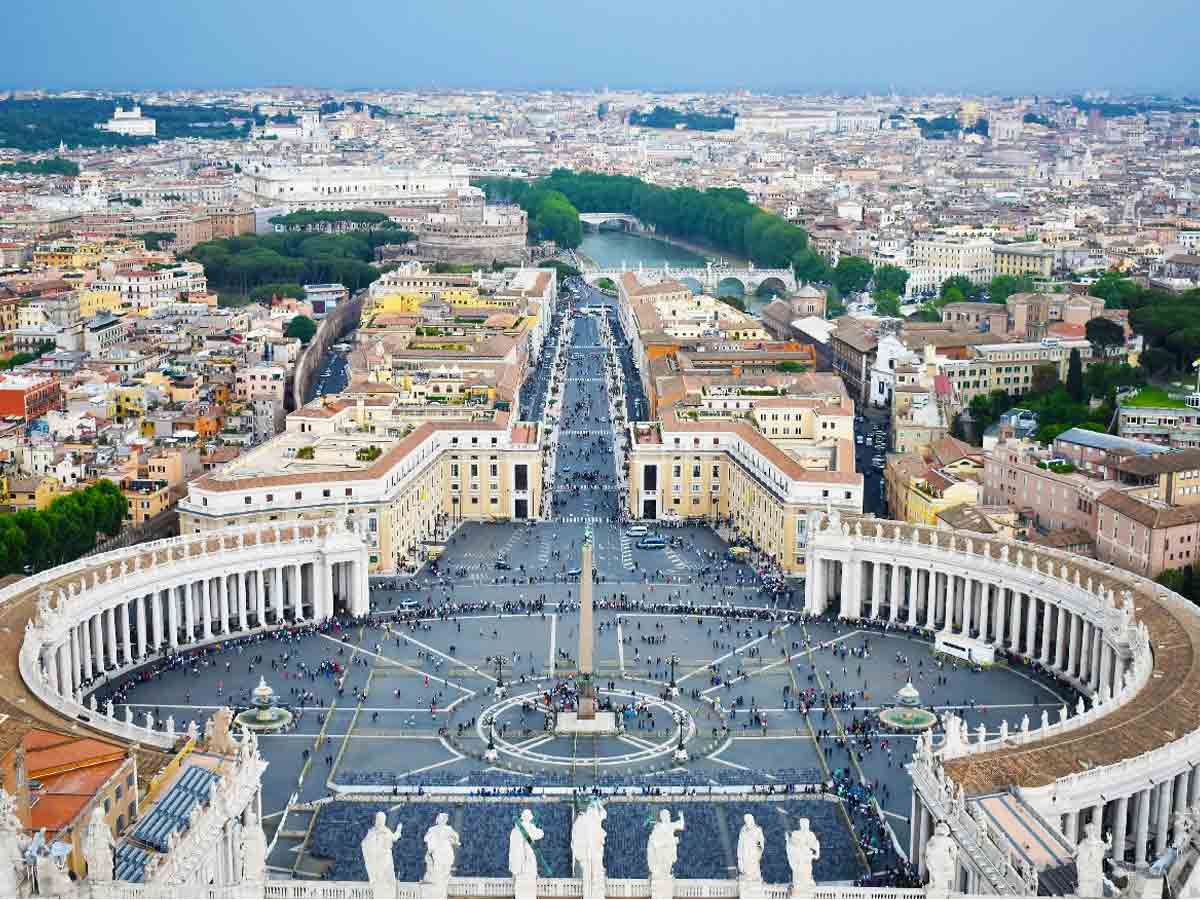 Today, the Pope is the head of the Catholic Church, and he exercises his universal power over the independent state. Vatican City has its telephone system, post office, gardens, radio station, banking system, and even an astronomical observatory. In addition to tourism, much of the country’s income is derived from the donations of more than one billion Roman Catholics worldwide.

Vatican City is the world’s smallest country, measuring only 0.17 square miles. The Vatican, a United Nations Observer and completely surrounded by Rome, is the residence of the spiritual leadership of the Roman Catholic Church, and its tiny population of just over 1,000 people is almost entirely made up of priests and nuns.

Originally the capital of the Papal States, it was the only one left when Italy was unified in the nineteenth century, despite the Pope’s power being abolished and the papal territory confined to the Vatican’s walls. The Lateran Treaty, negotiated by the Italian government in 1929, established the microstate in its current form.

The History of the Vatican –Vatican City

When the Holy See and Italy signed the Lateran Treaty in the late 1920s, the country was born. The Pope’s Rule came to an end, and the Vatican was recognised as an independent sovereign nation under the administration of the Holy See.

The St. Peters Basilica has remained a focal point of the Vatican over the years, with the number of Christians flocking there increasing exponentially over the last few centuries. The Church is considered one of the holiest and largest churches in the world. The Church’s meticulously designed architecture dates back to the 16th century, when Carlo Maderno, an Italian architect, completed the previously halted structure. Each Statue that forms the Church’s facade has a Spiritual story behind it.

The Sistine Chapel is only 1 km from St. Peter’s Basilica and is a visual treat for art lovers. Originally known as Cappella Magna, it is the Pope’s official residence and the location where the College of Cardinals elects the next Pope. The chapel’s ceiling is regarded as one of Michelangelo’s best works, depicting the entire human journey from creation to the fall of mankind in a series of nine pictures. The vivid articulation of various stories from Catholic history, including the second coming of Christ on the Day of Judgment, in the form of a series of pictures, makes it a must-see location.

The Vatican Gardens comprise 13 museums and 54 art galleries, so plan enough leisure days in your itinerary if you want to visit all of them. It is believed that the Vatican Garden began as a small gallery for sculpture collections and grew into a 7 km long complex containing the best collections of art from across centuries and empires. A little more than 20,000 paintings are currently on display for the public, but the museum is thought to house over 70,000 pointings.

The Vatican Museums have been around since the 16th century and, as the name implies, are a collection of museums containing over 70,000 pieces of art and antiquity. From the Vatican Pinacoteca, which houses works by painters such as Leonardo and Caravaggio, to the Missionary-Ethnological Museum, which houses objects collected by missionaries from cultures worldwide, there is so much to do see here that you’d need multiple visits to see it all.

It may seem strange that a Post Office would be a draw, but visitors flock to send Vatican-stamped postcards home. The Vatican’s postal service is said to be one of the best globally, with more letters sent each year from its postcode than anywhere else on the planet. Don’t miss out on the chance to deposit your mail in a bright yellow postbox!

How to Get to the Vatican?

There are several ways to get to Vatican City, but the best way is to walk in, and there are no border crossings to worry about. It is entirely open.

You can either walk or take the Metro Line A to Ottaviano-S to get to the Vatican. Pietro, the number 40 or 64 bus from Roma Termini (which has frequent departures) to the bus stops right outside the city walls, or flag down one of Rome’s white taxis, easy to spot and flag down, but more expensive than public transportation.