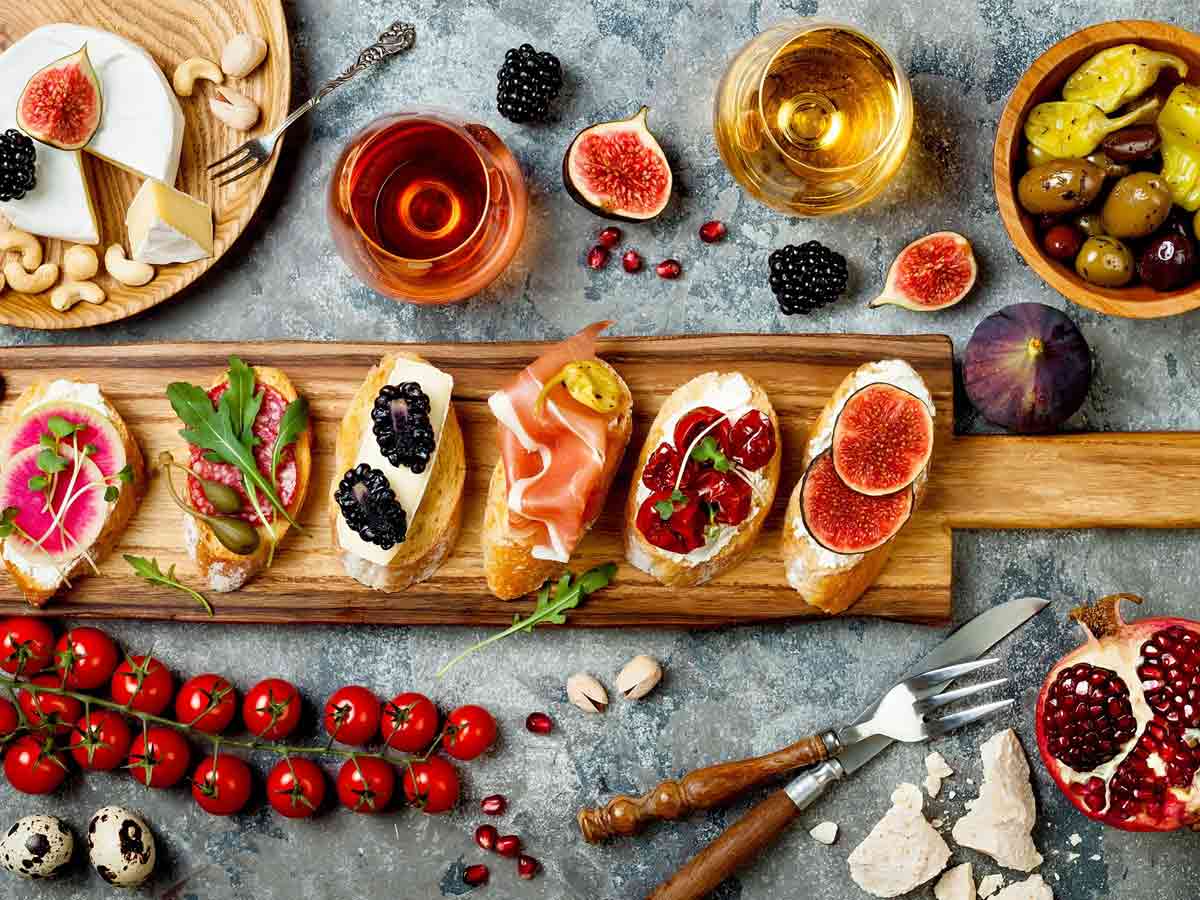 While Italian dishes have a distinct flavour and a certain method of cooking, the traditional Italian cuisine has witnessed several changes over the past few centuries. Dishes like Tomato Pasta or Tomato Pizza are not entirely Italian. In fact, ingredients like tomato, Potato Capsicums and sugar beet weren’t traditionally used in Italy. It was only after the colonisation of the Americas that more ingredients were used by people to prepare Italian dishes.

It is the openness to adapt changes and use of new techniques that helped Italian cuisine transform into a global cuisine from a regional cuisine. All the Italian dishes are placed in one generic category. However, there are a lot of factors that set apart the dishes of North Italy from South Italy. There are a lot of factors that can be used for differentiation right from the taste to the ingredients and the spices used.

While the existence of modern day Italy is merely two centuries old, the origin and spread of Italian cuisine can be traced back to the 4th Century BC. Food was a very important part of the culture prevalent over the region that we today know as Italy since the 4th Century BC. However, influx from neighbouring regions, wars, political occupations and annexations played a key role in the evolution of Italian cuisine. The influence of other parts of Europe and Latin America can easily be seen in modern day Italian cuisine.

With European powers invading territories in Asia and Africa, the dishes travelled to this part of the world as well and it took Italian cuisine several centuries before it became a global cuisine.

Archestratus, the first known Italian food writer, wrote a poem about the cuisine in the 4th century. In his poem, Archestratus spoke about using “top quality and seasonal” ingredients. He was opposed to the idea of using spices or herbs in preparing Italian dishes and saw it as a method of masking the original flavours of the food. Like Archestratus, many other food writers have emphasized on the simplistic cooking method while describing Italian cuisine.

However, there were also some people who supported the idea of heavy use of spices and herbs in the dishes to enhance the taste. 470 such recipes are mentioned in De re coquinaria, which was published in the 1st century AD. Use of spices and herbs on a large scale in Italian dishes became popular during the period of the Roman empire. Romans associated the cuisine with royalty and hired Greek bakers to produce fresh bread. They also started importing cheese from Sicily as that part of the world was famous for producing top quality cheese.

Some historians believe that the first real Italian cuisine was developed in Sicily and after the invasion by Arabs, ingredients like rice, spinach and almonds also became an integral part of the kitchen. Normans also influenced Italian cuisine during the 12th century and the modern day Italian cuisine is actually a result of global influence.

Food preservation was equally important to protect dishes prepared using breads and fishes from rotting. Chemicals were used for preserving foods up to a long period. There were also some traditional ways used to preserve food. For example: Meat and fishes were smoked, dried and kept on ice to prevent from developing a foul smell. A completely original method was used for preservation of pickles. Salt was actively used as a food preservant. Oil and vinegar were also used to prevent meat-based food from rotting.

It was only after the 18th century that historians detached the Roman identity from Italian cuisines and the cooking style was actively associated with Italy. Instead of high-end restaurants and trained cooks, stay-at-home parent’ methods were mentioned in books to present the cuisine as belonging to every Italian household. This resulted in Italian cuisine gaining popularity in the entire world with chefs from other parts of the word trying to master the art of making these dishes.

Which is your favourite Italian dish?

Golconda: The Diamond heart of India

Champaner: A Historic Beauty of Gujarat

Shekhawati: The Unexplored Beauty with an Ancient Past

Halebidu: The Ancient Beauty of Karnataka