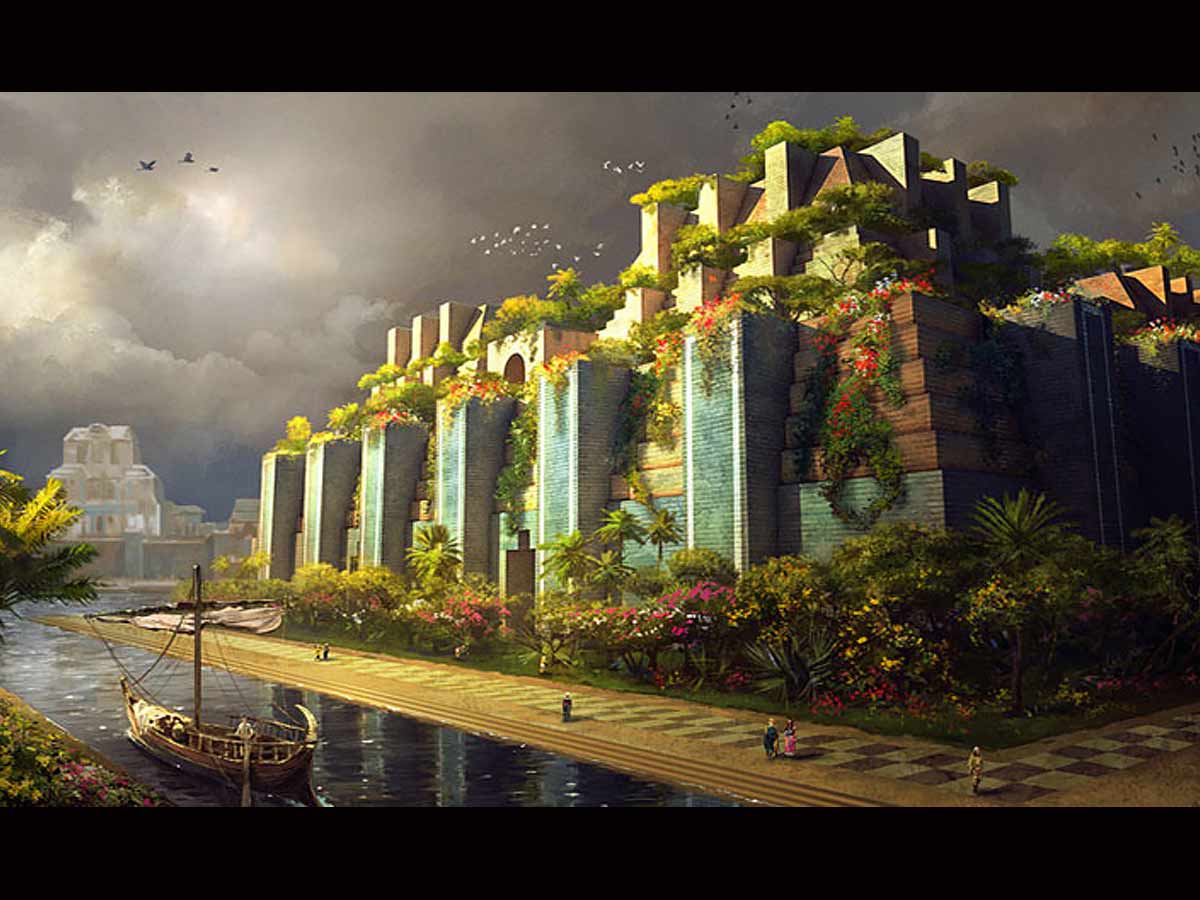 Indus Valley Civilisation is believed to be the most civilized, evolved, and widespread civilization, but there are exceptions like the Sinauli event that contradict the popular opinion. Despite so many contradictions, one thing that has been consistent about this world across civilizations is the practice of ranking great things and comparing greatness.

Continuing with the centuries-old process, we gather the courage to present the ancient world’s seven wonders.

Statue of Zeus At Olympia 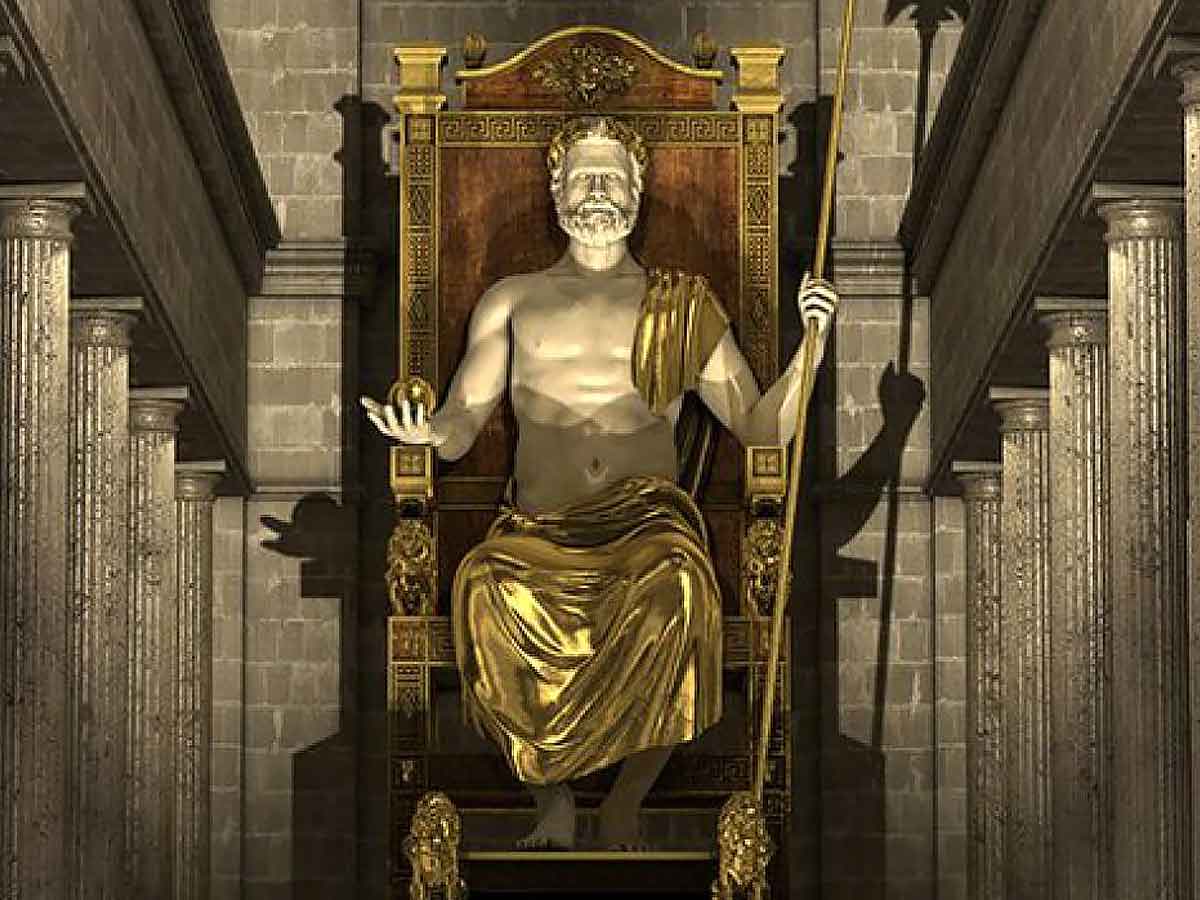 From documentaries to historical texts and movies, we have heard hundreds of stories about the Greek civilization, Zeus and Olympia. Particularly in the stories of Alexander, Zeus finds consistent mentions. The 40-feet tall statue of the Greek god Zeus at Olympia is one of the seven ancient wonders.

The statue portrayed Zeus in the sitting position. It was so giant that it occupied the entire width of the aisle of the Sanctuary of Olympia. Greek sculptor Phidias built the statue in 435 BCE, and it was so tall that it almost touched the ceiling of the temple. While no account of what happened to the statue is present, it is believed that the temple was closed by Christian priests in the fourth century CE. The statue was moved to Constantinople after dissembling, where it was set ablaze.

The tales of Babylon have been consistent since the school days. One of the most popular stories about Babylon is about the economic disparity in the region known as Iran. Babylonians constructed the Hanging Gardens near the Euphrates River in 600 BCE.

The gardens had 56 miles long outer walls, with a thickness of 80 feet and a height of 320 feet. It is believed that the ancient structure had an irrigation system made up of a pump, waterwheel, and cisterns for bringing water up from the river. However, the archaeological department has not been able to find the exact location of where these gardens would have existed. Some believed that the garden was destroyed due to an earthquake. 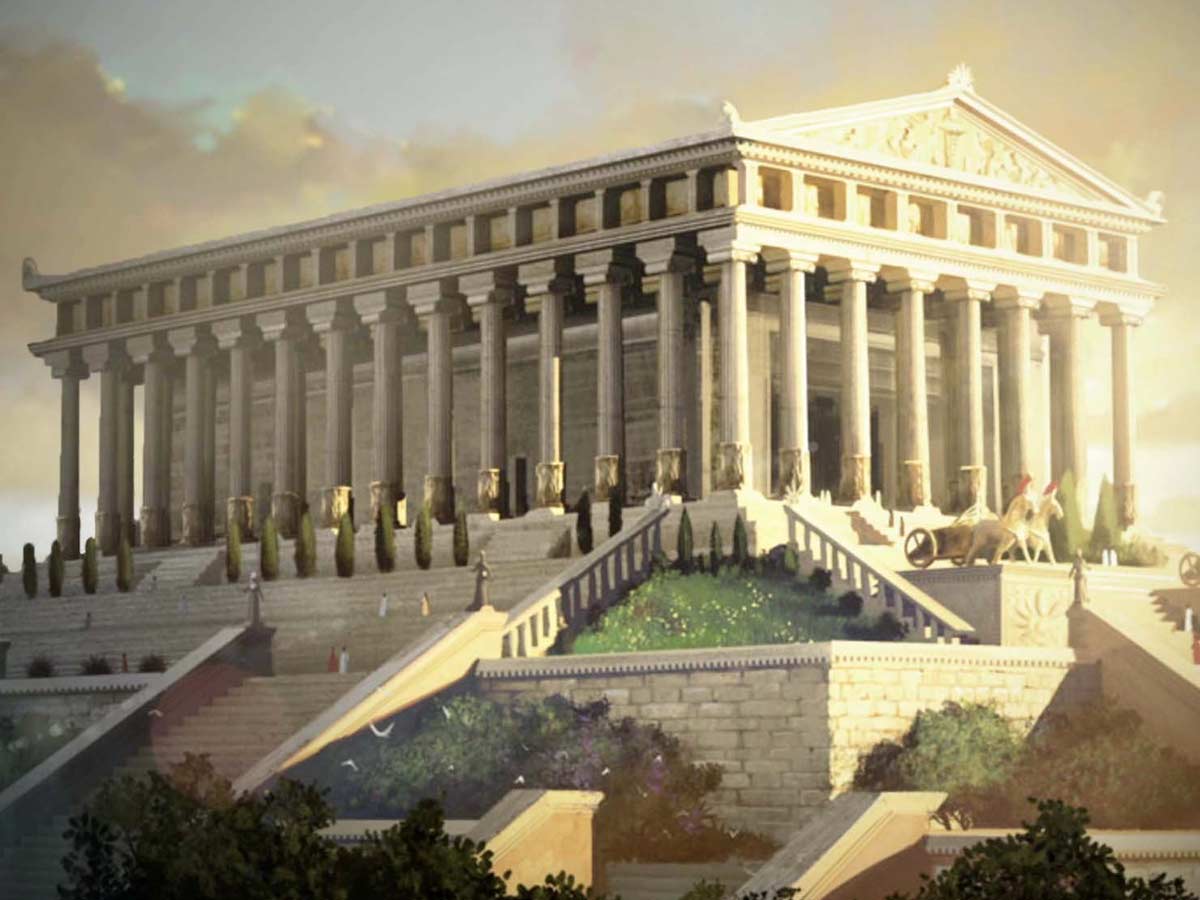 The stamp on the Temple of Artemis’s glory is the fact that it took a whopping 120 years to complete its construction. Croesus of Lydia started the construction in Ephesus (Today’s Turkey). There were numerous altars and temples in the magnificent complex.

Also Read, Exploring the Seven Wonders of the World

It is assumed that the temple was destroyed many times due to floods, invasion, and other tragedies. It was rebuilt at least 3 times as well. A mob led by Christian bishop St. John Chrysostom destroyed the temple for the last time in 401 CE. The temple’s remains were revealed in 1869 CE by an expedition led by John Turtle Wood on the Cayster River’s bottom. 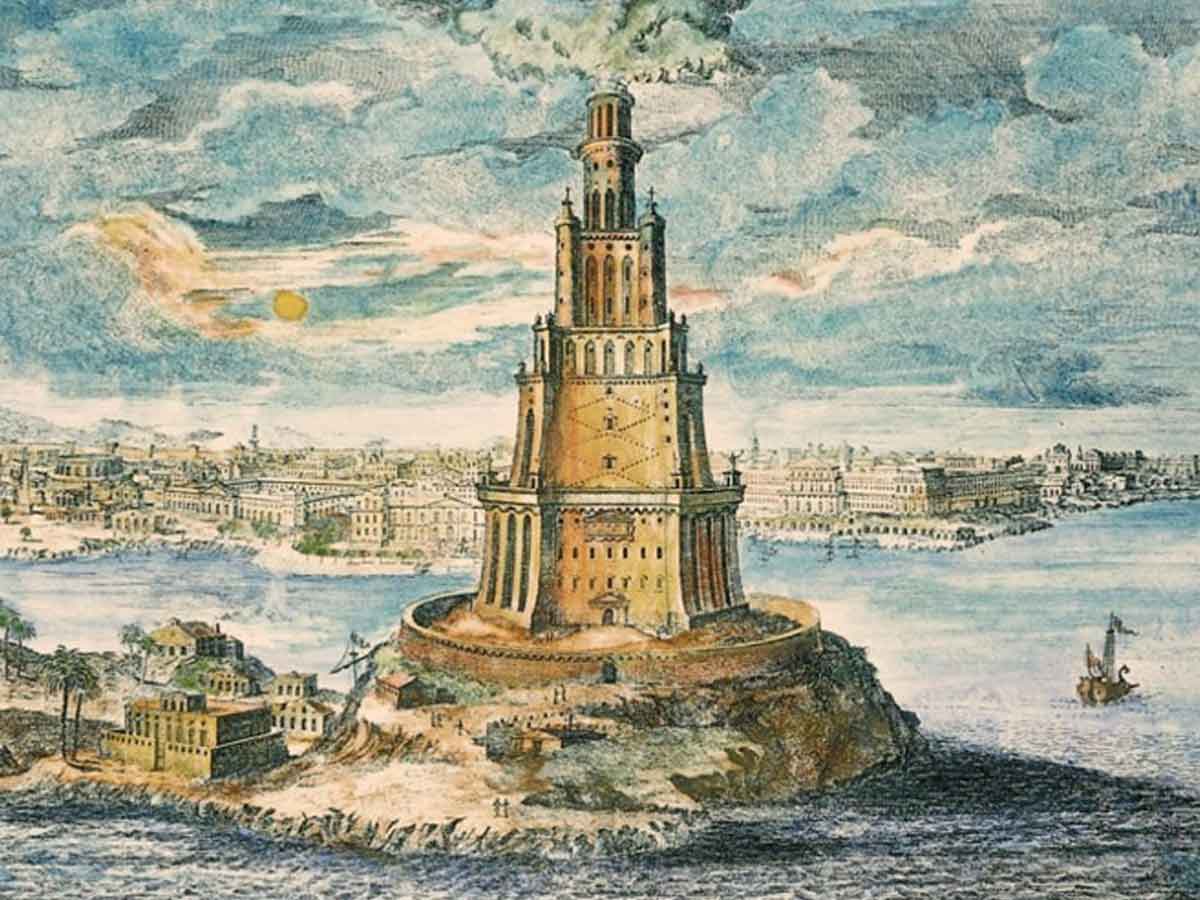 Sighting a lighthouse is a rare thing in today’s world, but there was a time when every major economic hub had a lighthouse. Nearly 450 feet in height, the lighthouse was one of the tallest manmade structures in the world for a long time. The lighthouse was built under the Ptolemaic Kingdom’s authority in the City of Alexandria, Egypt, in the third century BCE.

It played a vital role in guiding the ships in and out of the Nile river harbor. The lighthouse was destroyed after getting hit by at least 3 earthquakes. Its remains were used to construct the Citadel of Qaitbay in its place in the 13th century. The remains of the lighthouse were found in 1994 on the bottom of Alexandria harbor by French scientists. 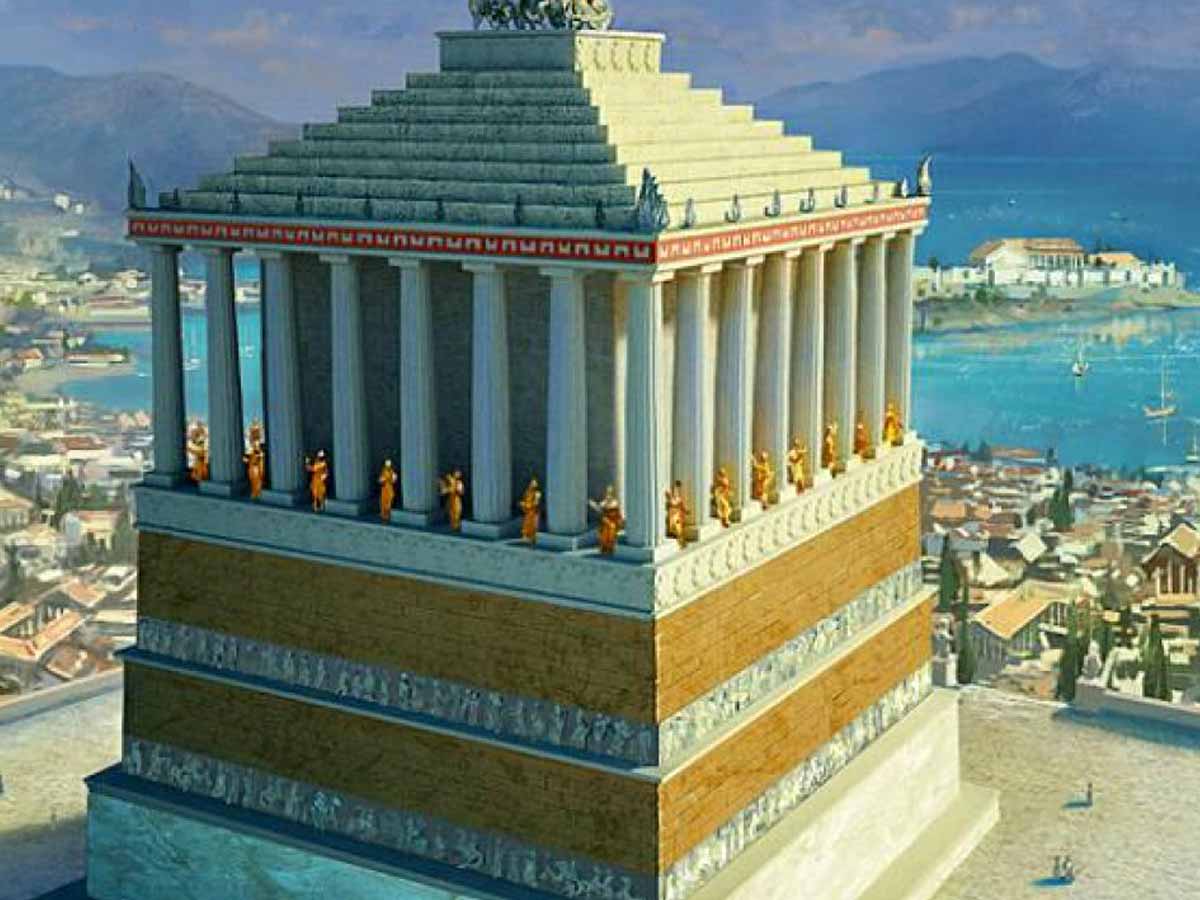 The Mausoleum at Halicarnassus was a tomb made for Mausolos, the governor of the Persian territory in the western part of modern Turkey. The 135 feet tall statue was built by Persians and Greeks in 351 BCE. Marble was used for the creation of the Mausoleum. The design of the structure was a mix of Greek and Egyptian architecture. The statue at the top of the pyramid-shaped tomb is pulled by 4 horses. The structure braved many quakes until a strong one destroyed it in 1494 CE. The remains of the structure were used to fortify a nearby structure.

The Great Pyramid of Giza: 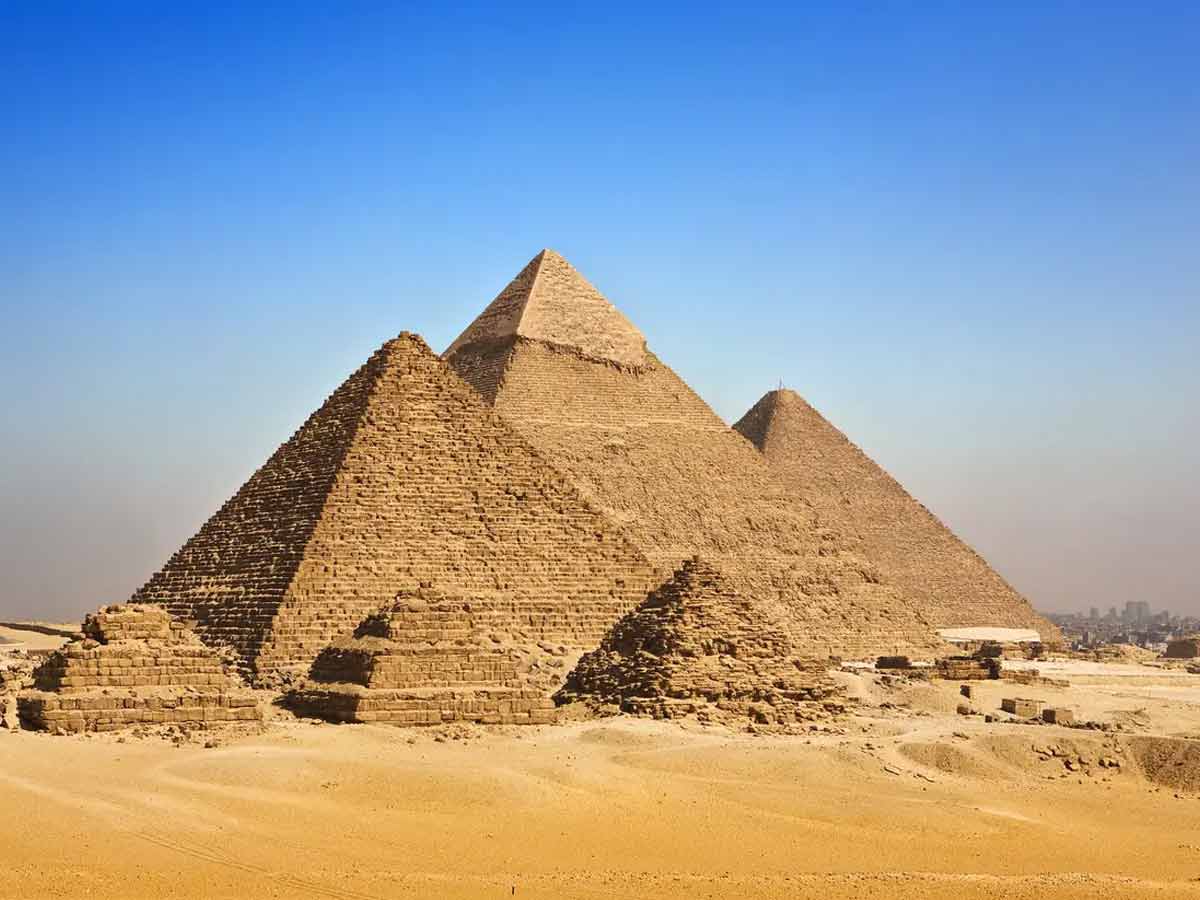 We are all obsessed with Egypt’s pyramids, and it is a go-to destination for photographers and history buffs. The Great Pyramid of Giza is the unique pyramid to have survived in modern times. It was built around 2650 – 2500 BCE and is one of the three large pyramids, namely Khufu, Khafra, and Menkaura. Khufu (The Great Pyramid) is spread across a vast area of 13 acres of desert and has been constructed using nearly 2 million stone blocks. It is one of the most clicket historical places in the world. 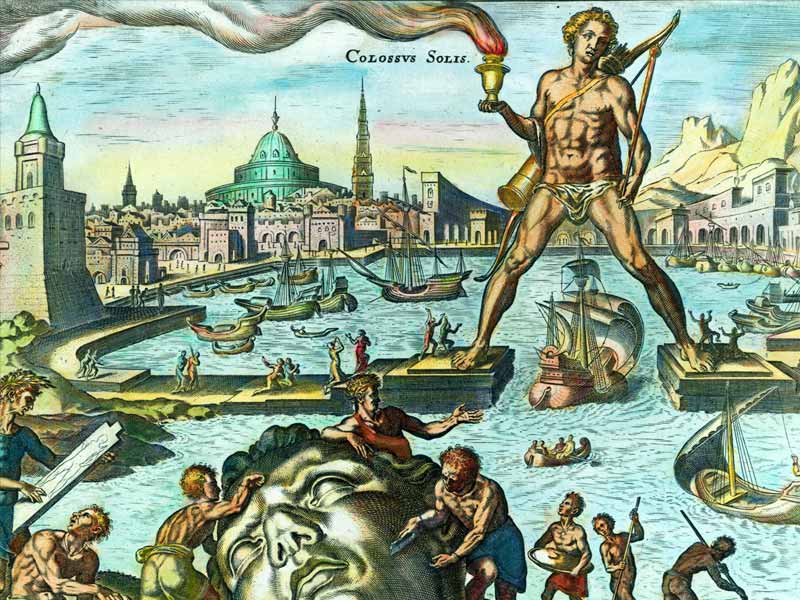 Colossus of Rhodes is the seventh ancient wonder. It is actually a towering statue of eek titan-god Helios, the Colossus of Rhodes. The state was believed to be 151 feet tall and was designed by the sculptor Chares of Lindos. The statue was one of the tallest statues at that time. The structure was built in Hellenistic Greece around 292 – 280 BCE and was destroyed by a massive earthquake during 226 BC.

Navratri: History, significance and How to Celebrate