Home Uncategorized All You Need To Know About The First Camera 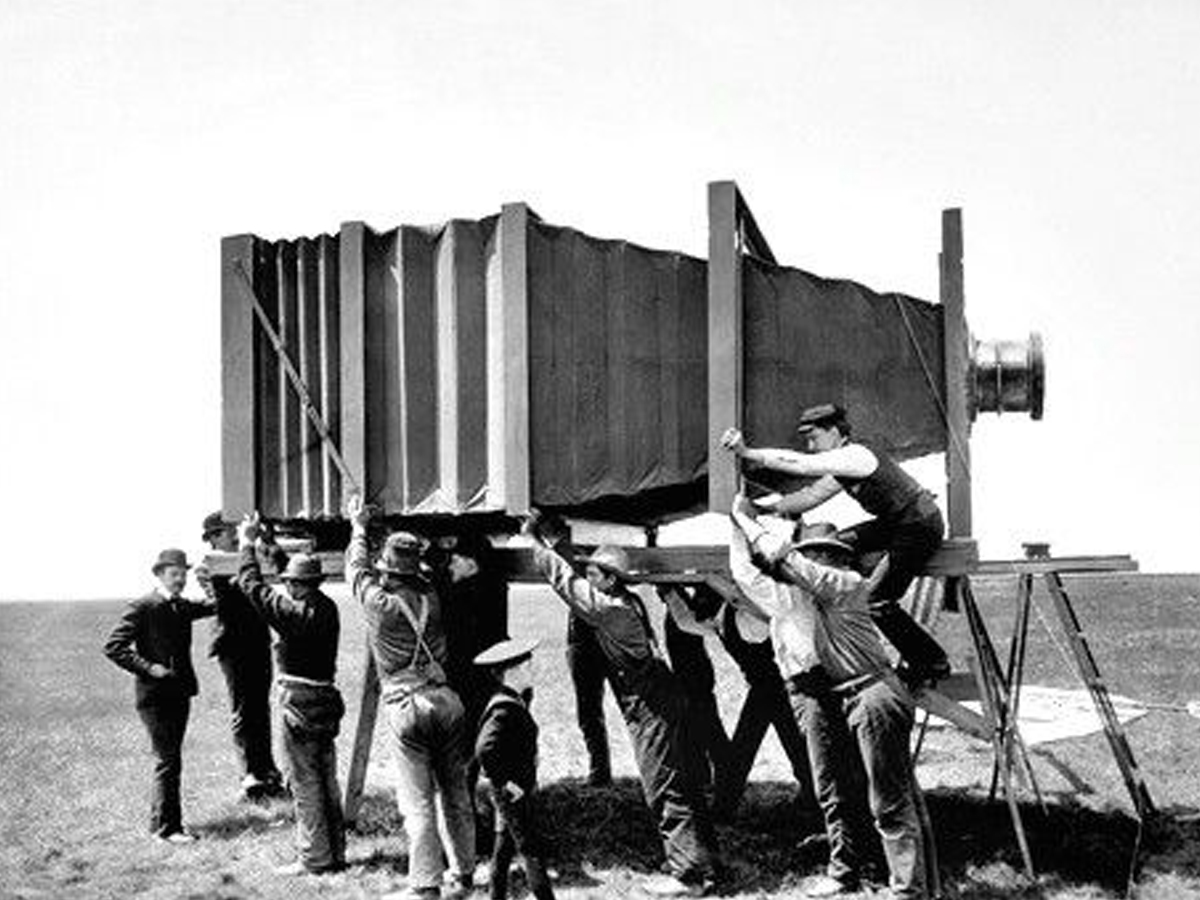 The First Camera ever! Who clicked the image of it?

In 1816, Nicephore Niepce successfully made a partial photograph using a camera he built, and a paper coated with silver chloride. Unfortunately, he couldn’t figure out how to remove the untreated silver chloride, meaning the image was eventually darkened by the light needed to view it. In the mid-1820s, Niepce used a new sliding wooden camera (created by Charles and Vincent Chevalier) to experiment with Bitumen of Judea. Only one of the photos from this experiment, View from the Window at Le Gras, has survived.

Following Niepce’s death in 1833, Louise Daguerre continued to experiment with cameras, culminating in the first practical photographic process in 1837. Named the’ daguerreotype,’ it used iodine vapor-treated silver-plated copper to produce images. After its public debut in 1839, when the calotype started to bring photography to the masses, it was wildly successful. It was usually an activity unique to the upper classes to have portraits taken. For most working-class individuals, the price and amount of time taken to create such works is unfair. The pace of the camera, which only increased as time went by, made it possible for professional portraits to be made available to all. 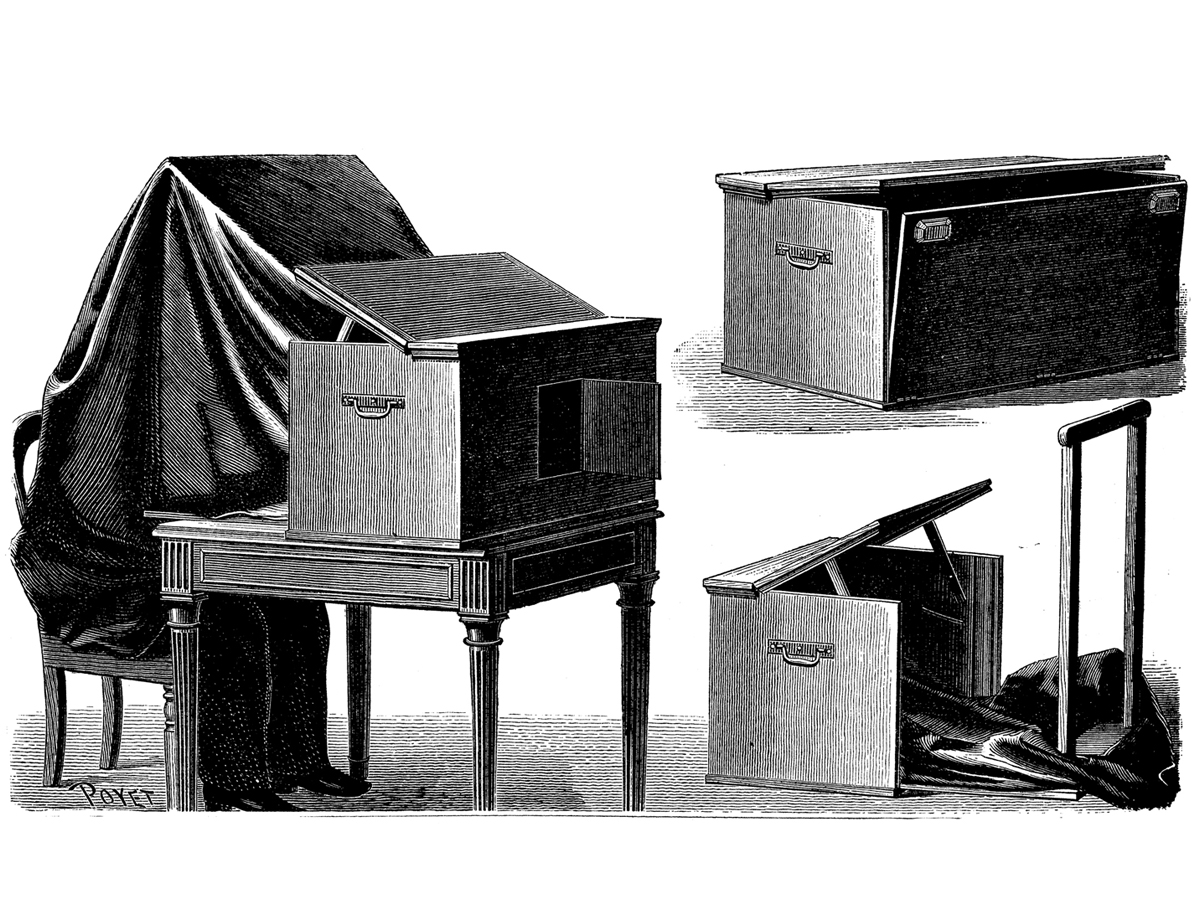 Usually, Johann Zahn is co-credited with devising the camera.

On camera obscuras, lenses, and telescopes, the German author wrote a lot. He invented a model for the first portable reflex camera in 1685. As it would take another 150 years before this design became a reality, Johann Zahn was Well ahead of his time.

In 1888, when photographic film entered the market, cameras started to imitate the ones we know today. George Eastman started to market his Kodak cameras, which were inexpensive and small enough to be considered by the average customer. The film inside could hold up to 100 images, and for processing and printing, the whole device would have to be sent back to the factory. He invented the Brownie camera in 1900, leading the public to the snapshot. It was during this time that movie cameras went from pricey toys to commercially legitimate equipment.

35mm was another common form of film. Usually, roll film is used for cheaper cameras, while 35 mm will be used at the higher end. Eventually, even lower-grade cameras were fitted with 35mm film, even though roll film would only be used by the least costly cameras. During this time, the famous camera company Canon began to gain popularity after the Korean War with other Japanese cameras. Single-lens reflex (SLR) cameras have gained public traction as the technology made them less voluminous. Both SLR and twin-lens reflex (TLR) cameras were previously available, but due to both size and cost, they mainly appealed to professionals. 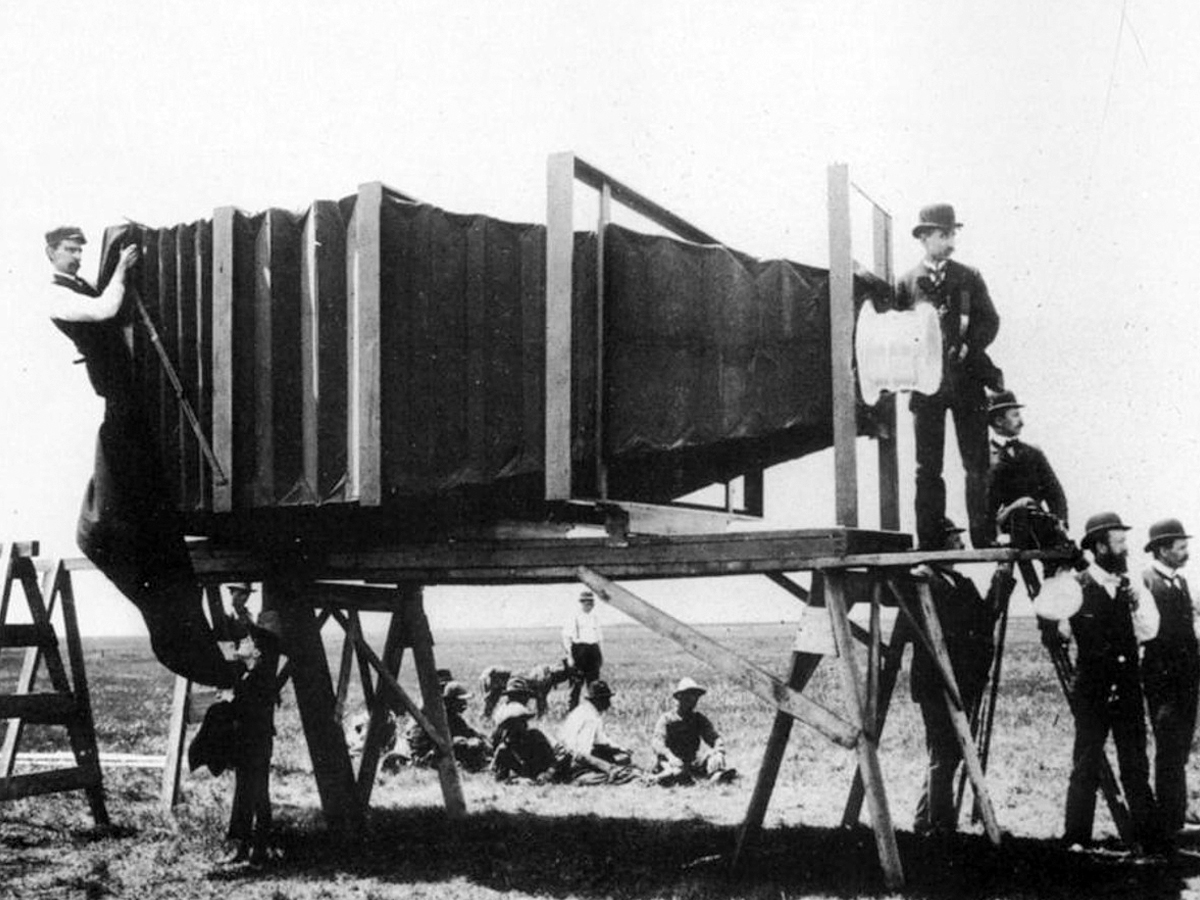 Instant cameras first appeared on the market in 1948, such as the popular Polaroid. Within minutes, the simplistic design and ability to print and display images made them popular with families, even with higher launch prices. A similar tale followed automatic exposure: costly at first, but rapidly catching on among customers and reducing prices as time went on. The earliest digital cameras would result from all these elements together. Unfortunately, the digital camera’s history is way too dense to be entirely covered but to give you a rough idea of when it began: the very first digital cameras stored their images on a floppy disk.

It’s hard to imagine where cameras can go from here as nothing but a timer button and a selfie stick can now create professional-grade pictures. However, at the same time, it’s interesting to think that just over 200 years ago, photos were already experimental, as we know them. In a short period, technology will shift drastically; maybe we’ll have camera eyes in ten years.