Home Life Travel Interesting facts about the Pyramids that you probably didn’t know about! 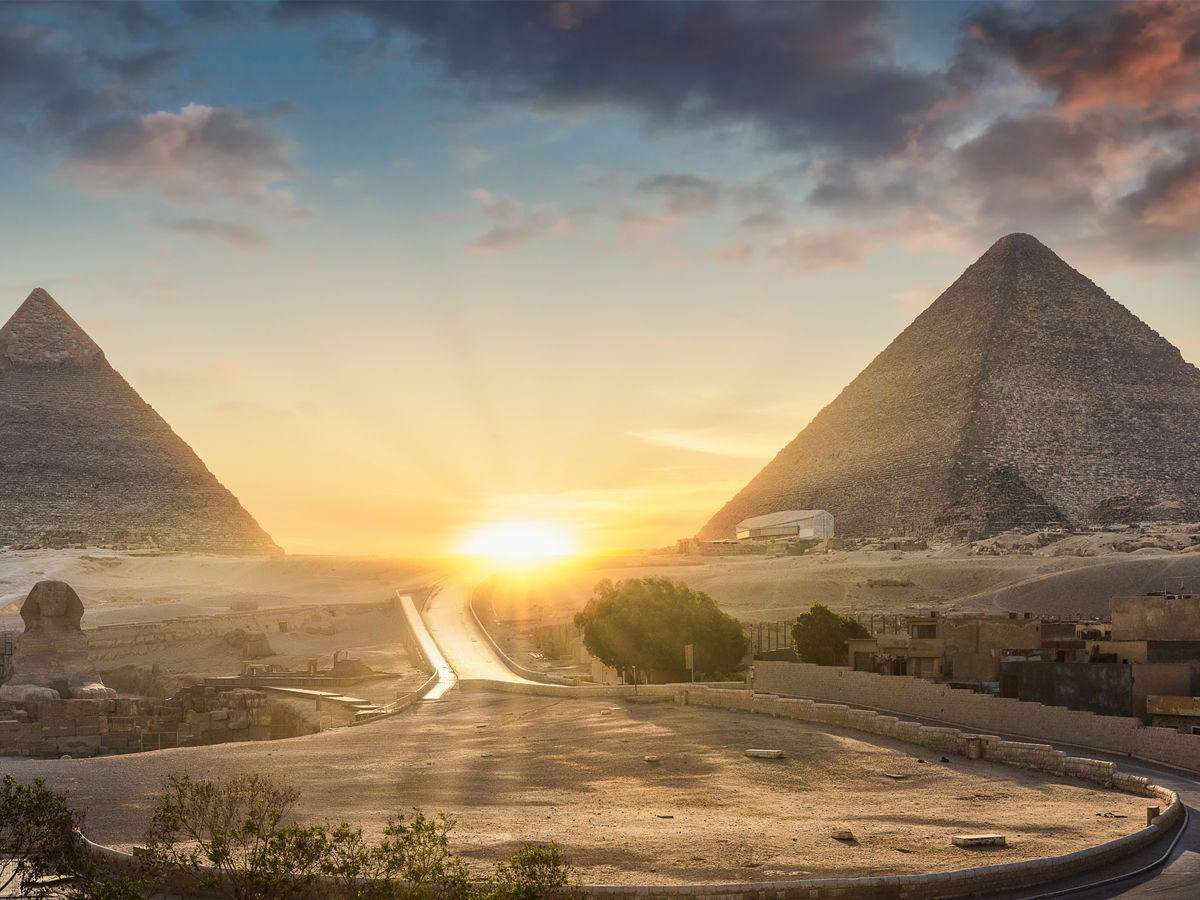 One of the ancient world’s defining monumental feats is the Egyptian pyramids. As an extraordinary feat of engineering, with each passing year, Egyptologists are now learning more about these structures. Since the days of the Grand Tour, the Giza pyramid complex has received tourists from all over the world, and children around the world who are researching the wonders of ancient Egypt can’t help but equate the pyramids with the great pharaohs of yesteryear. There are some facts about the pyramids that not everyone knows.

The pyramids, now veiled in secrecy, don’t easily spill their secrets. But over time, through them, scholars have come to discover a lot of surprising information about ancient Egypt. Mixed with legend and superstition, technological prowess led the pharaohs to construct these mighty buildings, which have proved to be some of the most indestructible architectural pieces ever made. So while you thought you might have discovered everything you need to know in school about the Egyptian pyramids, there’s still a lot to explore.

THEY WEREN’T ALL POINTED

The massive Saqqara burial ground in what was the capital of Ancient Egypt, Memphis, has many examples. The pyramids here include the Pyramid of Djoser which is the oldest known. Founded during the third dynasty, it was built between 2630 BCE and 2611 BCE and constructed by the architect Imhotep. It is considered one of the oldest monuments made of cut masonry in the world and is not, in fact, pointed out.

Instead, it’s a step-pyramid where mastabas (Egyptian tombs) of declining scale were piled on top of each other by Imhotep. From the Borobudur temple in Indonesia to the El Castillo pyramid constructed by the Maya at Chichen Itza, this typology is seen in many cultures.

SCIENTISTS ARE  STILL FIGURING OUT HOW THEY WERE BUILT 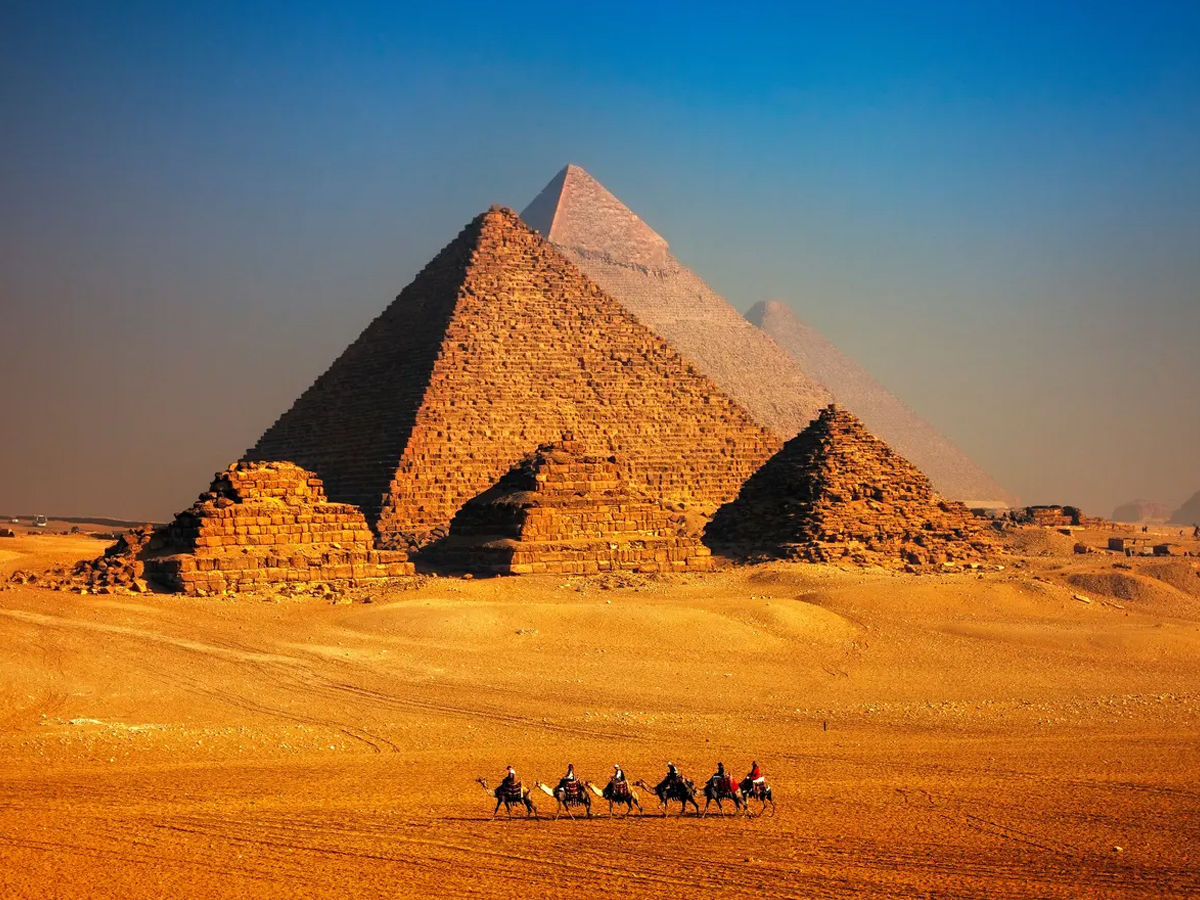 The building methods used to erect them are one of the greatest questions surrounding the Egyptian pyramids. The Egyptians’ remarkable feat is all the more noteworthy when given the fact that the Great Pyramid of Giza was constructed using more than 2 million limestone and granite stones. Each of the masonry pieces weighed about 2.5 tons (2.3 metric tons).

And how did they move these giant blocks? Unfortunately, written notes were not left behind by the Egyptians, and several hypotheses have been suggested over the years. It might be as simple as water and sand, a 2014 report theorized. As one man stands at the front pouring water over sand, a wall painting dating back to 1900 BCE portrays a procession of men pushing a massive statue on a sled. While the gesture was initially assumed to be solely symbolic, modern evidence remains that this artwork holds the secret to unlocking the mystery of how all that weight was transferred.

THEY WEREN’T BUILT BY SLAVES

The long-held hypothesis that slaves constructed the pyramids might not necessarily be valid. It was the Greek historian Herodotus who began to propagate by his writing the notion that slaves constructed the pyramids. It’s a myth that Hollywood then propagated, but might not be valid. The graves of pyramid builders were found in the 1990s. Egyptologists are very confident that they were not slaves, but rather builders who came from families of smaller wages.

Their burial in a tomb indicates that their role in the creation of the pyramids was an achievement, and definitely not slave-given care.

THE GREAT PYRAMID CAN TELL TIME

Not only is the Great Pyramid of Giza the most recognized of the pyramids of Egypt, but it is also the only one still standing among the Seven Wonders of the Ancient World. For several reasons, The Great Pyramid is amazing, but one of the most fascinating aspects of this celebrated landmark is that it can tell time as well. Really the structure behaves like a massive sundial, with its shadow saying the hour by falling on marks created in the ground.

Being the Great Pyramid, of course, it could not be just some old sundial. The degree of complexity indicated that it was not only able to tell time, but also to signal solstices and equinoxes, thereby helping to describe the solar year for the Egyptians.

The stars were a driving force on how the pyramids were aligned, according to a British Egyptologist. Research published in 2000 by Kate Spence of Cambridge University reveals how the Big Dipper and Little Dipper were used to coordinate the pyramids in a north-south direction.

Their calculations were so precise that they only had a margin of error of up to 0.05 degrees. Interestingly, with this knowledge in mind, it’s possible to date the pyramids using astronomical data.

MOST PYRAMIDS WERE BUILT WEST OF THE NILE

Ancient Egyptian society, which directed decision-making, is full of symbolism and superstitions. It should come as no surprise, then, that even myths led to the position of the ancient pyramids.

For a distinct cause, most were founded on the west bank of the Nile. Since the pyramids were the pharaohs’ last resting sites, it only makes sense that they should live where their souls would launch their journey into the afterlife. For the ancient Egyptians, the afterlife was closely intertwined with the sun. The power of the new life was portrayed by Osiris, an Egyptian deity closely associated with the afterlife. He also got connected with the sun’s cycle over time and how it brought new growth from dormant seeds.

Thanks to this connection, each night the setting sun symbolized death and the sun “died” in the west. A token of everlasting existence, the spirits of the pharaohs were supposed to communicate with the setting sun before rising again in the morning. They lived directly in the region that metaphorically signified death by positioning pyramids west of the Nile.

Undavalli Caves: A Masterpiece of Architecture

Explore the Magnificence of Nagaland

Explore the Beautiful Vicinity of Tripura

Motuo: The Hidden Lotus of Tibet