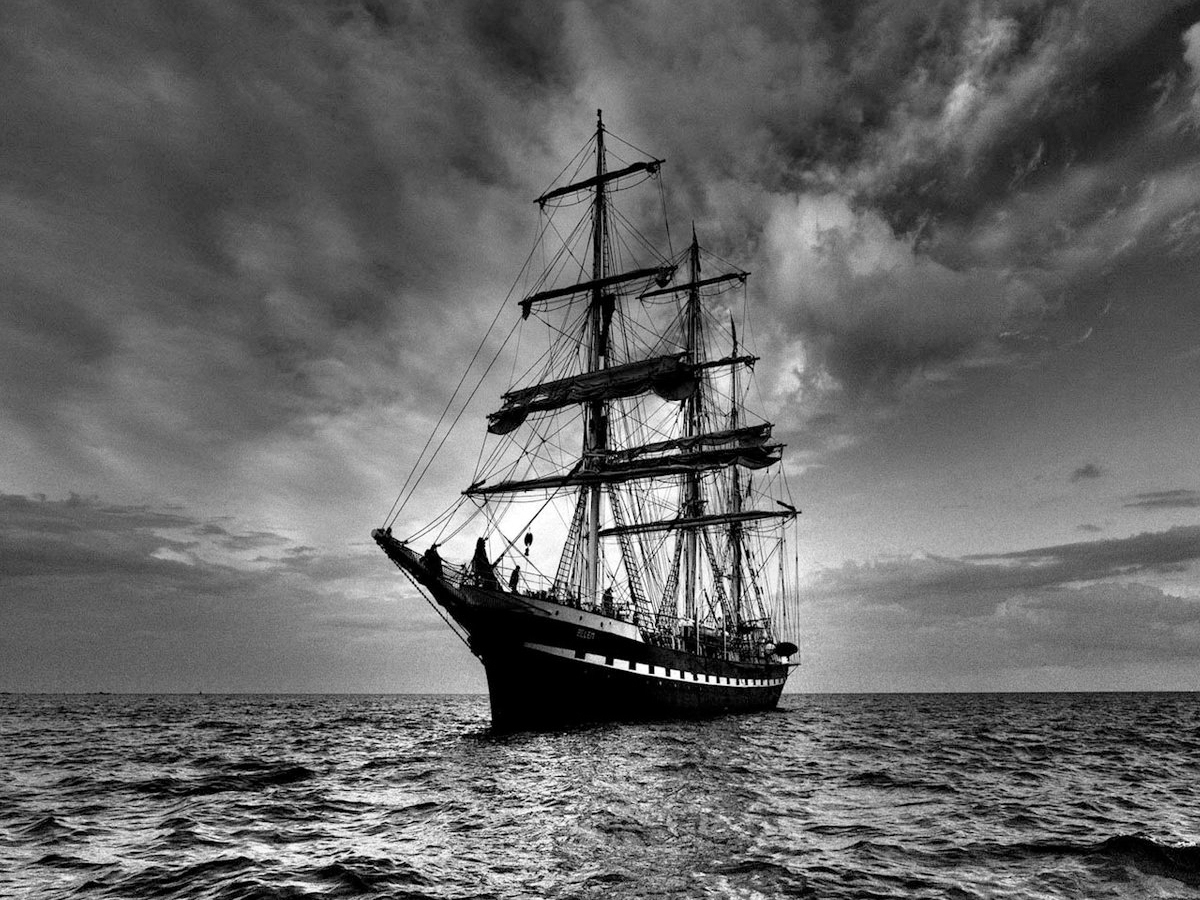 Whether or not you are a dead-hard fan of Sherlock Holmes, there is no doubt that humans are inquisitive by nature. Mysteries are arousing us all, and we are always ready to crack riddles every time we come across them.

This is one of the vital reasons why escape games are becoming increasingly popular with people of all ages. They let you test your detective skills while having a one-of-a-kind opportunity to solve a mystery.

The absence of answers just makes these riddles more intriguing. It makes them the mysteries that are still unanswered.

Fictional tales like those found in The Da Vinci Code” and “National Treasure” have little to do with these real-life mysteries.

Keep reading for more information on these situations that can’t be solved. 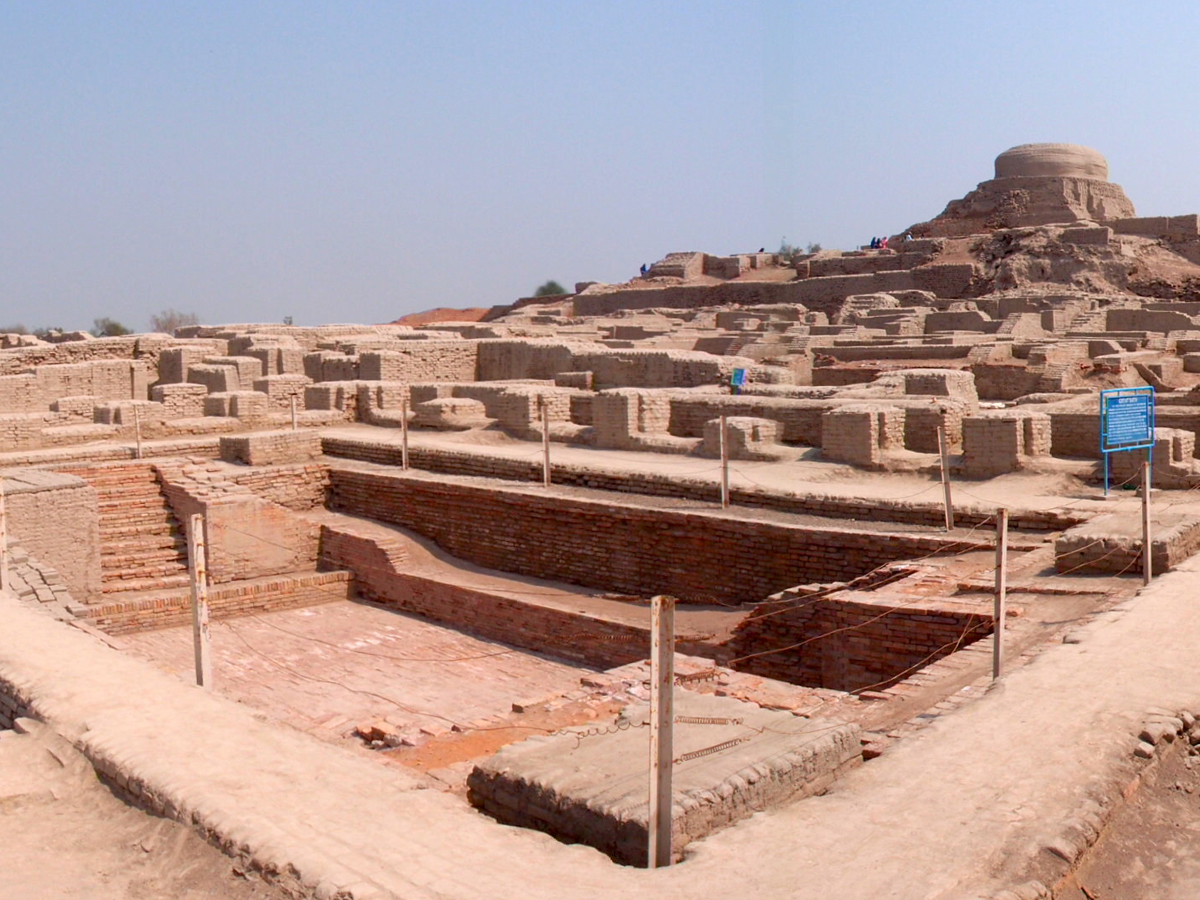 This ancient civilization, a UNESCO World Heritage Site, flourished around 4,500 years ago, advancing along the Indus River’s rich plains until it mysteriously collapsed. The town of Mohenjo Daro was unknown until 1911 when the archaeologists visited it for the first time; the excavations did not begin until 1921. Known for sophisticated irrigation schemes and grid-style design, the destiny of humans and civilization remains uncertain. The hypotheses to justify fate include a drastic change in the river’s direction to an invasion by attackers carrying advanced weapons.

Some scholars believe the Aryan Invasion led to the Indus Valley Civilization’s death, but very few pieces of weaponry were excavated. Some believe the driving of the Saraswati river is the reason, yet the actual cause is still a mystery.

Identity of Jack the Ripper? 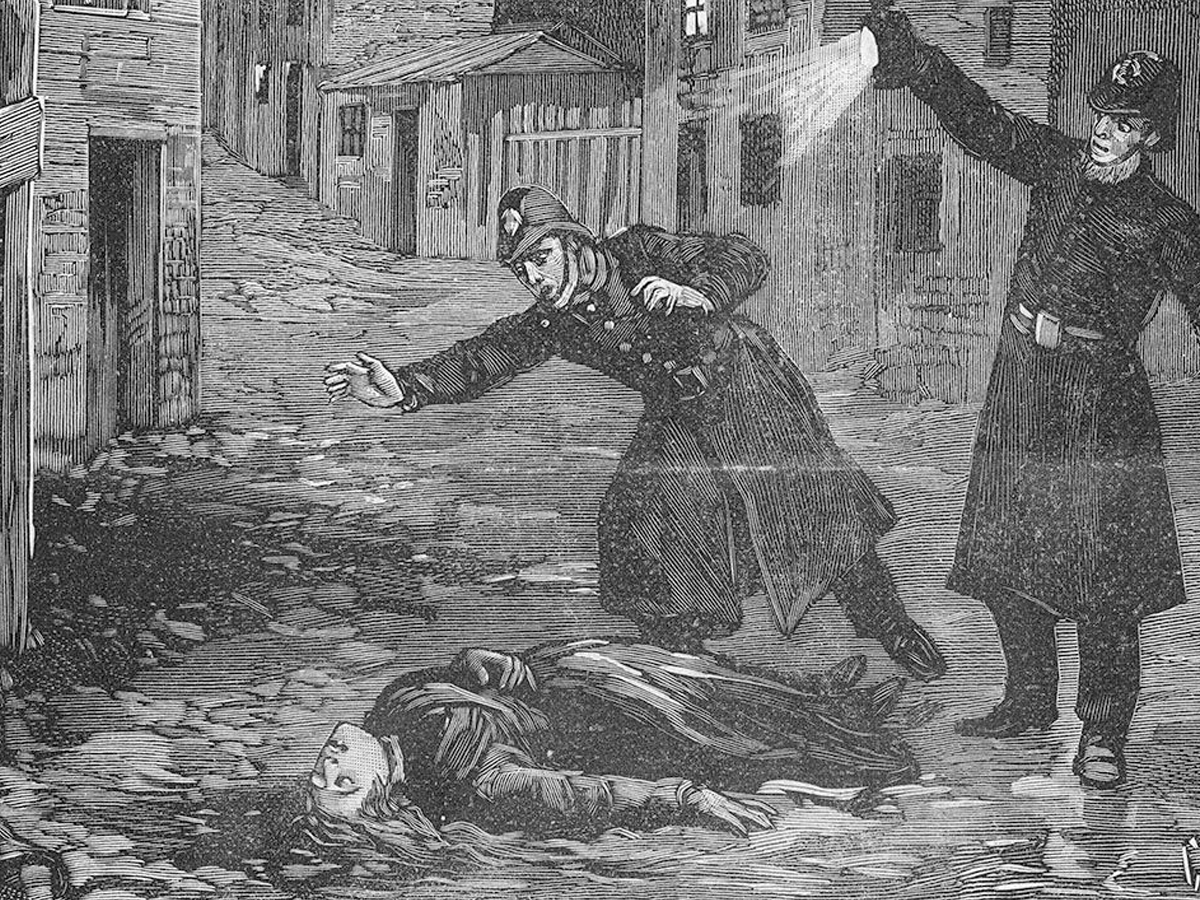 In 1888, Jack the Ripper murdered at least five women in London and mutilated their remains. Several letters, allegedly from the Ripper, were sent to the police to locate the Ripper. The name “Jack the Ripper” was obtained from these letters.

Many individuals, including both men and women, have been captured as potential criminals, Jack the Ripper, but the actual murderer has never been named.

Jack the Ripper may be at the top of the list of the most grotesque and unexplained mysteries in literature, primarily because of how he/she disposed of the victims’ corpses – by mutilating or ‘ripping’ them.

A new book indicated that Lizzie Williams was the Ripper, while other Ripper experts doubted her. It seems unlikely that the real identity of the Ripper will ever be identified for sure. 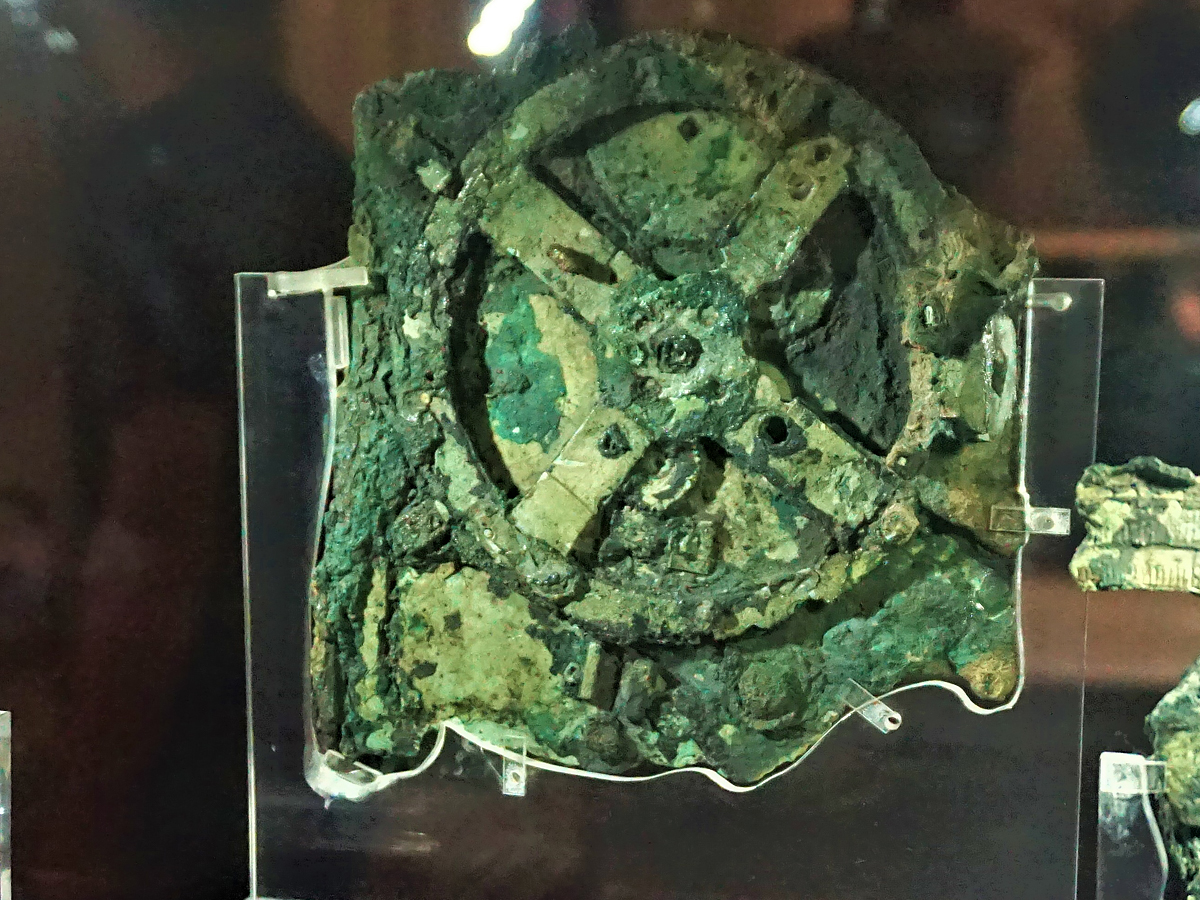 An ancient computer-like technology thought to have been made sometime between 150 B.C. by Greek scientists. 100 B.C., the item was discovered in the wreck of a 2,000-year-old ship off the coast of the Antikythera, a Greek Island.

In 1959, Derek J. De Solla Price, a science historian at Princeton University, New Jersey, USA, found that the system could forecast celestial locations and even eclipses. The mysterious aspect of all this is that the machinery used to manufacture such objects was not seen until the 14th century when mechanical clocks were being produced in Europe. Price wrote, “Nothing comparable to that is known from any scientific text or literary allusion.”

The Location of Cleopatra’s Tomb? 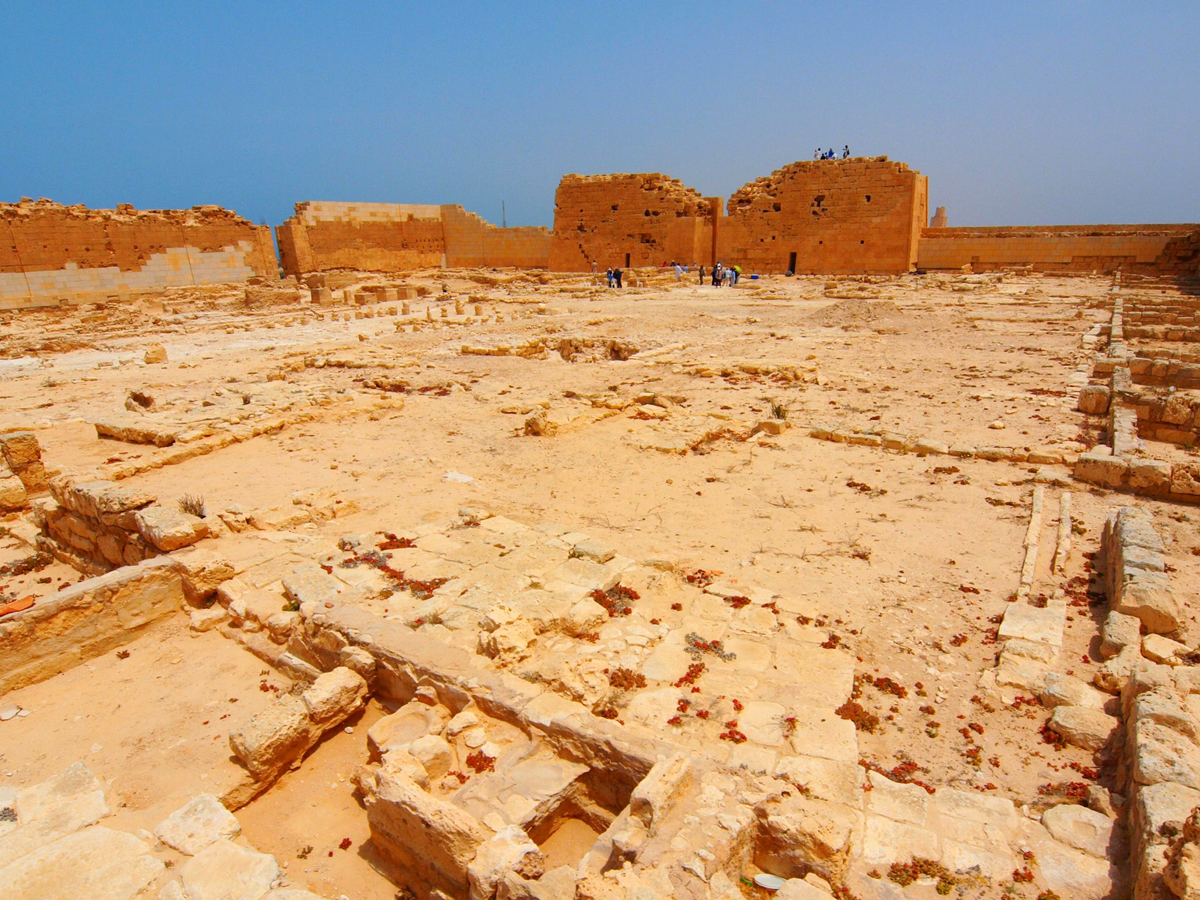 Ancient authors say that Cleopatra VII and her lover, Mark Antony, were buried together in a crypt after their death in 30 B.C. The historian Plutarch (A.D. 45-120) wrote that the tomb was situated near Isis’s temple, an Egyptian deity and that it was a “grandiose and majestic” monument containing jewels of gold, silver, pearls, emeralds, ivory, and ebony.

The location of the tomb is still a mystery. In 2010, Zahi Hawass, Egypt’s former minister of antiquity, carried out excavations at a site near Alexandria, now known as Taposiris Magna, which includes many tombs dating back to the period when Cleopatra VII ruled Egypt. While several important archaeological finds have been made, the tomb of Cleopatra VII was not among those mentioned by Hawass in a series of news releases. Archaeologists have noted that even though the tomb of Cleopatra survives to this day, it may be extensively plundered and unidentifiable. 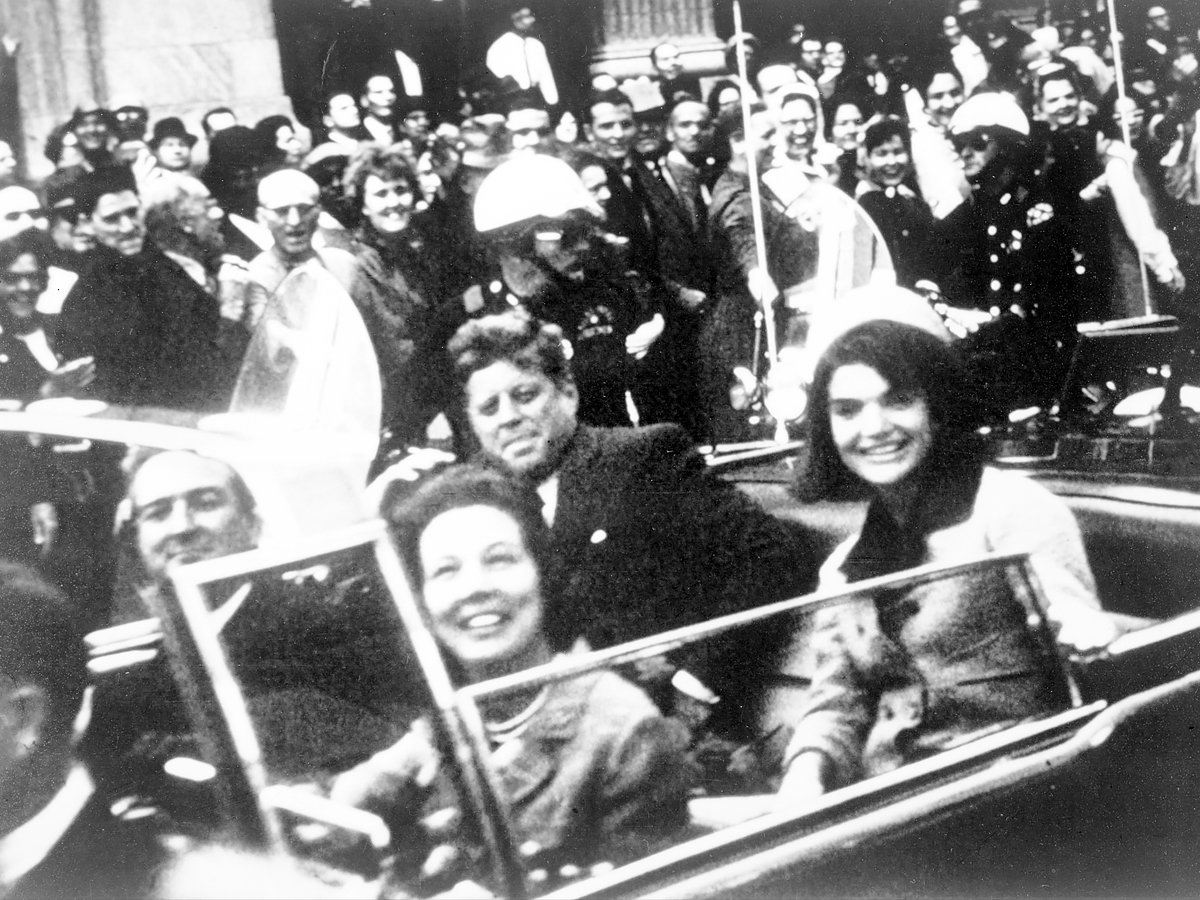 This is undoubtedly the greatest paradox in American history that can never be answered to everyone’s satisfaction. November 22, 1963, President John F. Kennedy was shot in Dallas by Lee Harvey Oswald (although others speculate that he was not the only one to shoot). On November 24, 1963, before Oswald could face trial, Oswald was murdered by nightclub owner Jack Ruby. Ruby died from lung cancer on January 3, 1967.

The most commonly accepted theory is that Oswald killed JFK independently, and Ruby killed Oswald of his own will. Ruby’s reported motive was to spare Jacqueline Kennedy “the discomfiture of [Oswald] coming back to trial.” However, there are already many professional historians, along with several amateurs, who disagree with this theory. Since the death of JFK, several alternate interpretations have been put forward by historians and amateurs. Given that substantial new evidence is unlikely to arise, a clear consensus will possibly never be achieved.

The Lost City of Atlantis? 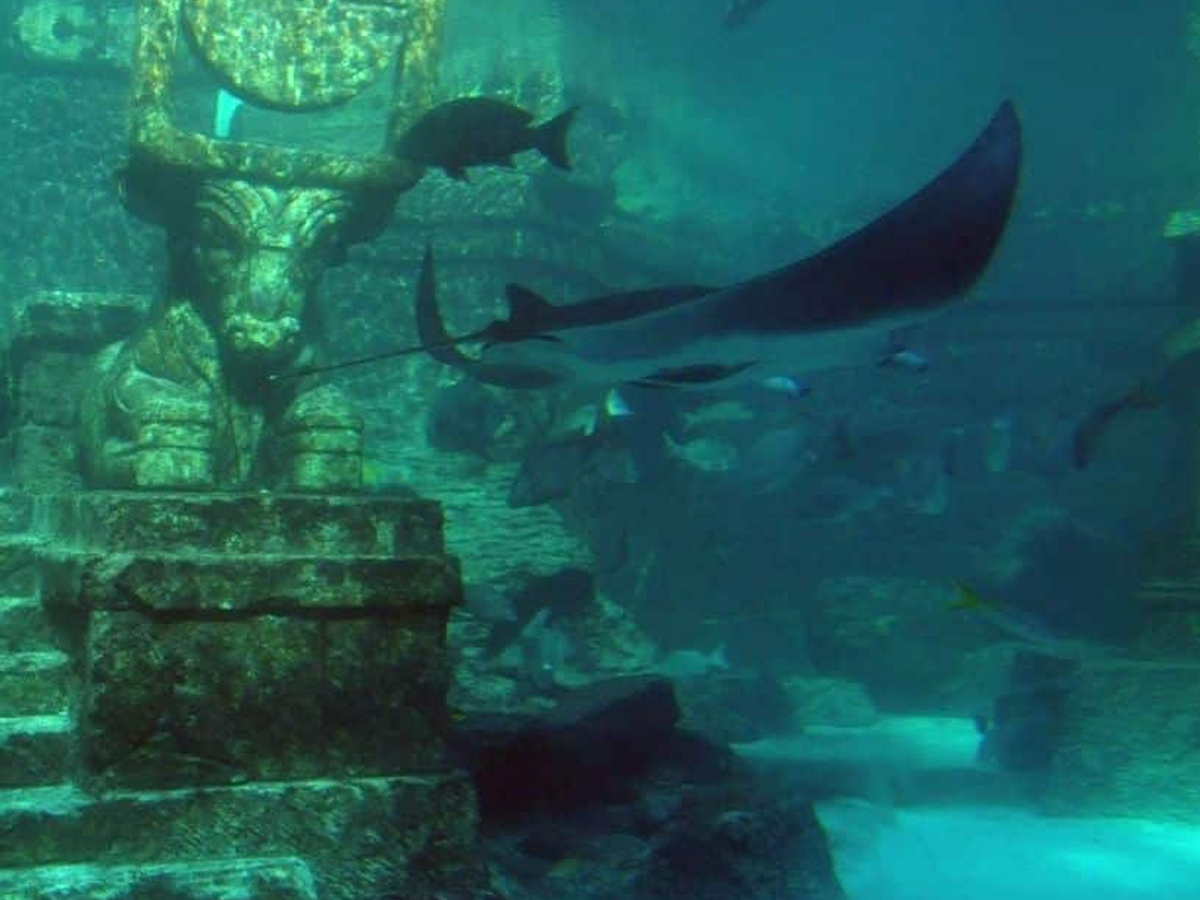 In the fourth century B.C., Plato, the Greek philosopher, told the story of a land called Atlantis that had existed in the Atlantic Ocean and had allegedly occupied all of Europe and Africa in ancient times. In the novel, the prehistoric Athenians are fighting Atlantis in a war that ends with Atlantis disappearing under the sea.

Although no severe historian agrees that this story is actually real, others have hypothesized that the legend may have been influenced, in part, by the actual events that have taken place in Greek history. One hypothesis is that the Minoan civilization (as it is now called), which existed on the island of Crete until around 1400 B.C., may have influenced Atlantis’s tale. While Crete is in the Mediterranean, not the Atlantic, the Minoan settlements sustained substantial destruction during Thera’s eruption, a volcano in Greece. 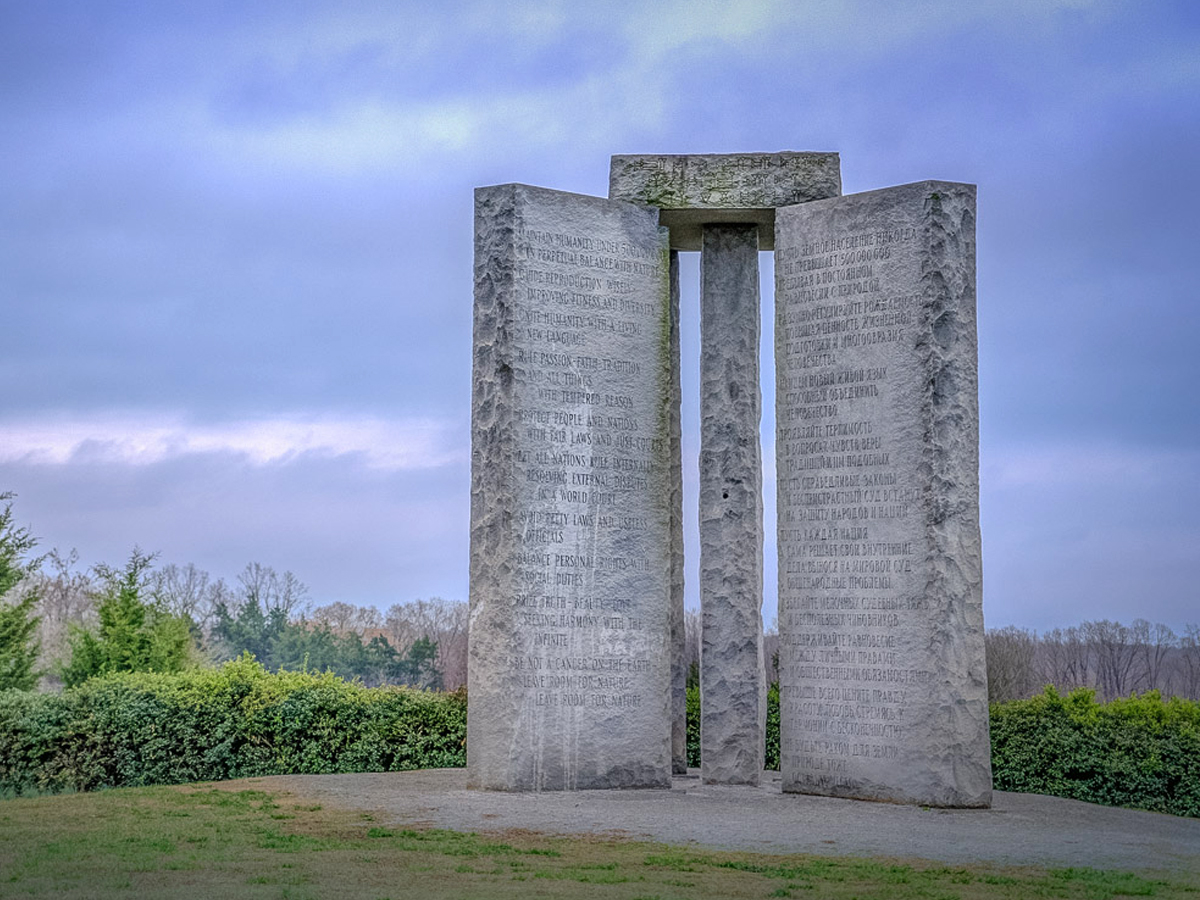 Georgia Guidestones also referred to as the American Stonehenge, is a granite statue erected in Elbert County, Georgia, in 1979. The stones are inscribed in eight languages—English, Spanish, Swahili, Hindi, Hebrew, Arabic, Chinese, and Russian—each with 10 new” commandments for the Age of Reason.” The stones are also engraved with some astronomical features.

Since the monument does not contain encrypted texts, its intent and origin remain enclosed in secrecy. They were commissioned by a man who had yet to be formally named, who had gone under the alias of R.C. It’s Christian.

The first is probably the most controversial of the ten commandments: “Maintain humanity under 500,000,000 in perpetual balance with nature.” Many have interpreted it as permission to slaughter the human population down to the stated amount, and stone opponents have called for them to be killed. Any conspiracy theorists also claim that they may have been designed by a “Satanic secret society” asking for new world order.

What is the Voynich Manuscript? 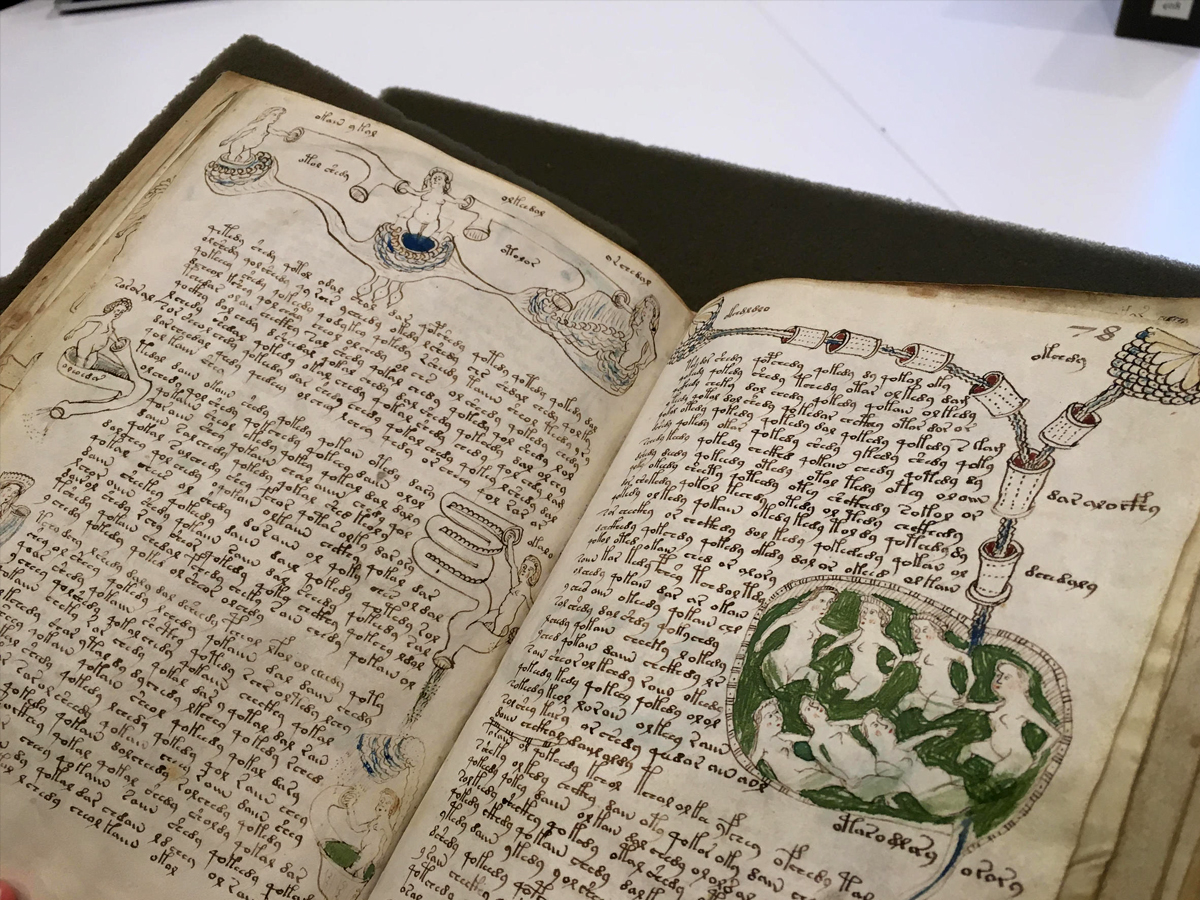 One look at this mind-boggling manuscript is going to keep you thinking for days.

The Voynich Manuscript is a comprehensive book of more than 240 pages written in an obscure writing system. The script is full of sketches composed of odd and colourful images, strange objects, and mysterious symbols. While the book was named after the Polish-American bookseller who bought it in 1912, carbon-data shows over 600 years old.

The Voynich Manuscript was initially compiled during the Italian Renaissance in the early 15th century.

The hypotheses abound about the sources and existence of the manuscript. Some like historian and artist Nicholas Gibbs, claim that it was supposed to be a pharmacopoeia, concerned with subjects of medieval or early modern medicine.

Many pictures of herbs and plants indicate that many of them have been some sort of alchemist’s textbook. Specific diagrams seem to be of divine nature, together with unidentifiable biological illustrations, has also led some fanciful theorists to claim that the book may have an alien origin.

In 2016, a small Spanish business named Siloe received the freedom to create exact replicas of the manuscript, making it available to more people. 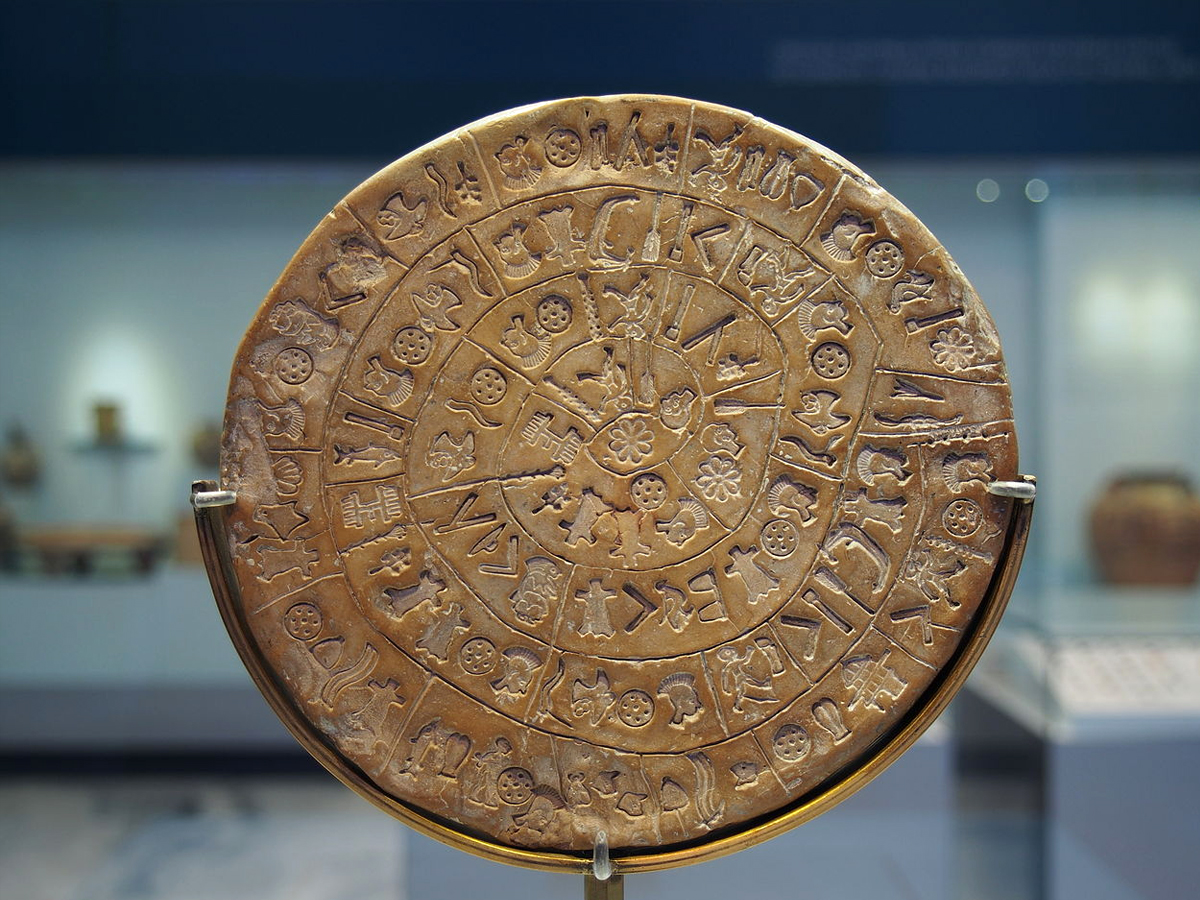 Phaistos Disk is a disc made of fired clay that dates back to the middle or late Minoan Bronze Age – i.e., 2,000 B.C.

The mystery of the Phaistos Disk is a story that sounds like something from an Indiana Jones movie. Discovered by the Italian archaeologist Luigi Pernier in 1908 in the Minoan palace of Phaistos, the disc is made of fired clay. It contains mysterious symbols that may represent an unidentified form of hieroglyphics. It is believed to have been designed sometime in the second millennium B.C.

Some scholars argue that hieroglyphs are symbols of Linear A and Linear B, scripts used in ancient Crete. The only issue? Linear A, too, eludes decipherment.

Today, the disc persists as one of the most famous archaeological puzzles. 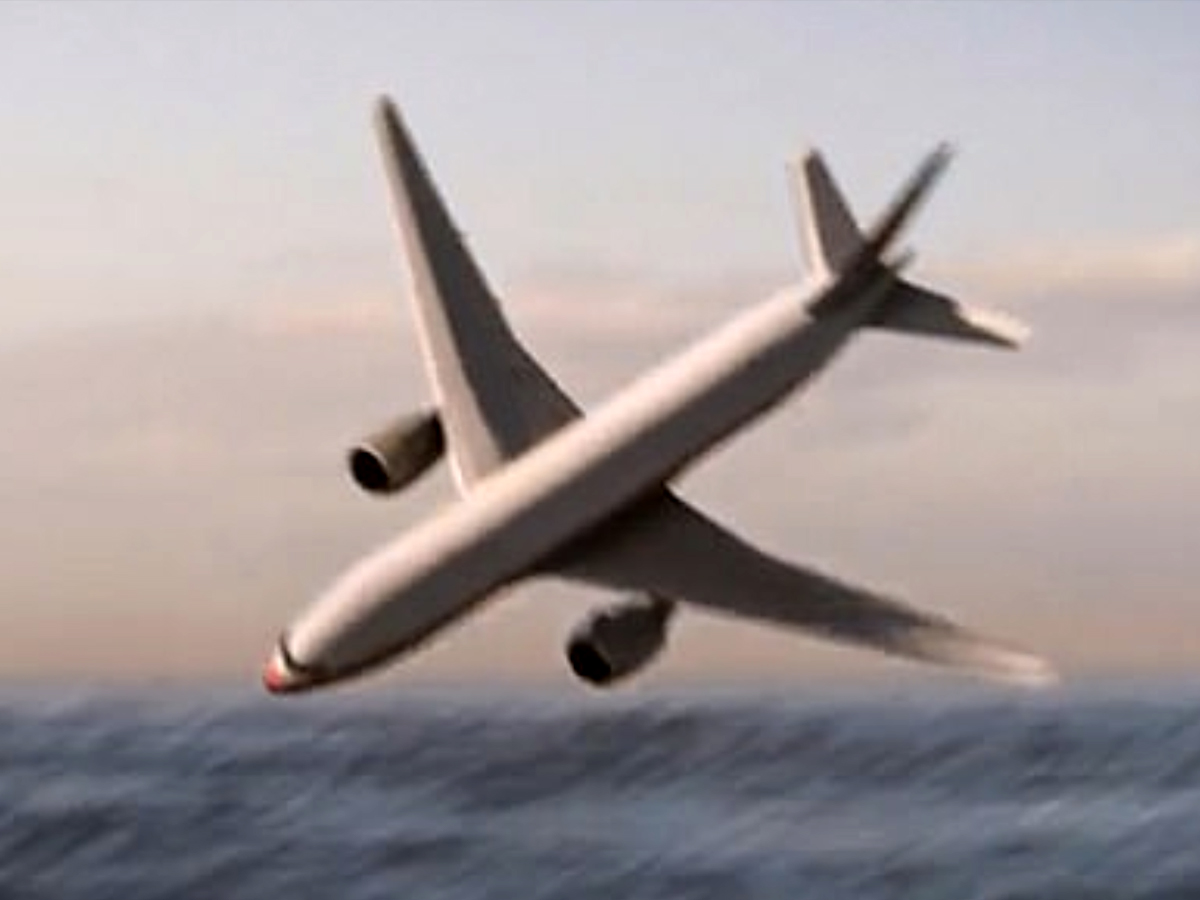 A lot of passengers on the plane always get the chills when they learn about MH370. It is, after all, one of the most unsolved mysteries in the modern world.

The MH370 was the Malaysian Airlines flight number lost while en route from Kuala Lumpur to Beijing on March 8, 2014. The aircraft entered the Indian Ocean, where it disappeared from radar without any explanation (i.e., no turbulence, engine failure, etc.). To date, neither the passengers nor any remains of the Boeing 777 have been identified.

The American merchant brigantine was discovered adrift, without his mates, amid the Atlantic Ocean on December 4, 1872. Her only lifeboat was absent, but the ship was itself in excellent condition and well fitted. Mary Celeste sailed from New York City, New York, USA, on November 7, 1872, with seven crew members and the captain and his wife and two-year-old daughter. None of them has ever been seen again, according to Smithsonian Magazine. The hypotheses of what happened include watersheds, attacks by deep-sea monsters, pirates, and even mutiny, but none has ever been confirmed.

Over the years, hypotheses have involved mutiny, a pirate invasion, and an attack by a giant octopus or a sea monster. In recent years, scientists put forward the theory that alcohol smoke onboard triggered an explosion that did not leave behind fire signs due to a statistical phenomenon.