Home Society Education Belugas : All The Fun Facts That You Need To Know 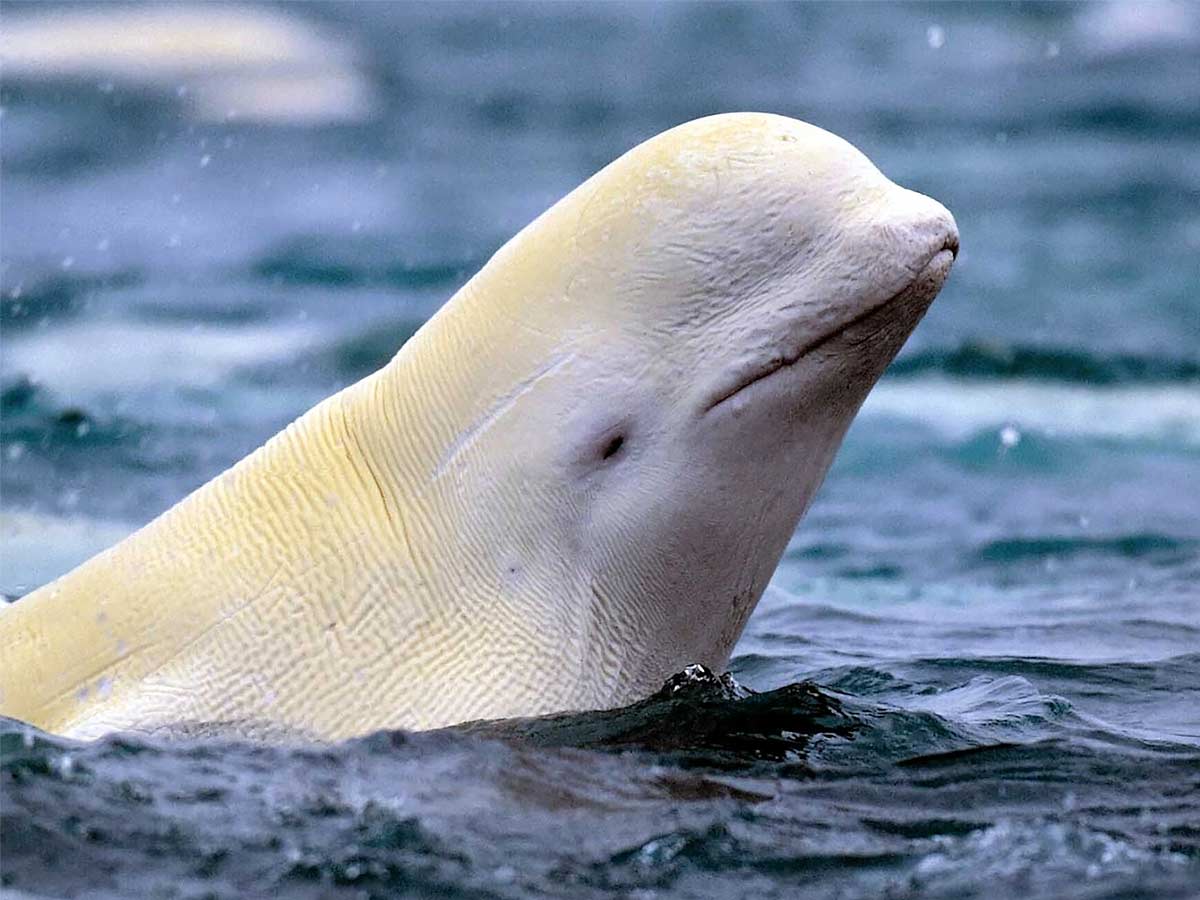 Belugas, often known as white whales, are among the most well-known and readily recognizable of all whales thanks to their distinctive hue. Calves are grey or even brown when they are born, and they only turn white around the age of five, when they reach sexual maturity.

White whales are quite small, measuring between 13 and 20 feet in length. They lack a dorsal fin and have rounded foreheads.

Adult belugas are typically almost all white, however, juvenile belugas are grey. The beak is short and broad, and the head region is rounded with a noticeable melon.

A distinctive feature of belugas is their lack of a dorsal fin; instead, they have a slender dorsal ridge. Belugas have broad pectoral flippers, and in mature whales, the flukes develop a significant concavity on the trailing edge.

Male: Male belugas typically grow to be larger than females.

These whales often live in tiny communities called pods. They are vocal communicators who communicate in a variety of clicks, whistles, and clangs. They are gregarious creatures.

Animals caught by Arctic ice frequently perish and become food for polar bears, killer whales, and people living in the region. Native North Americans hunt them, as do commercial fisheries, which have nearly wiped out some populations, such as those in the Gulf of St. Lawrence.

Fish, crustaceans, and worms are the main foods for beluga.

There are numerous environmental dangers to beluga whales. High concentrations of PCBs, heavy metals and other contaminants have been found in the water of the St. Lawrence River as a result of industrial runoff.

The poisons accumulate in the bodies of huge carnivores after entering the food chain through single-celled creatures. These poisons may be responsible for several beluga deaths and strandings. The 1972 U.S. Marine Mammal Protection Act protects beluga whales along with other marine animals.