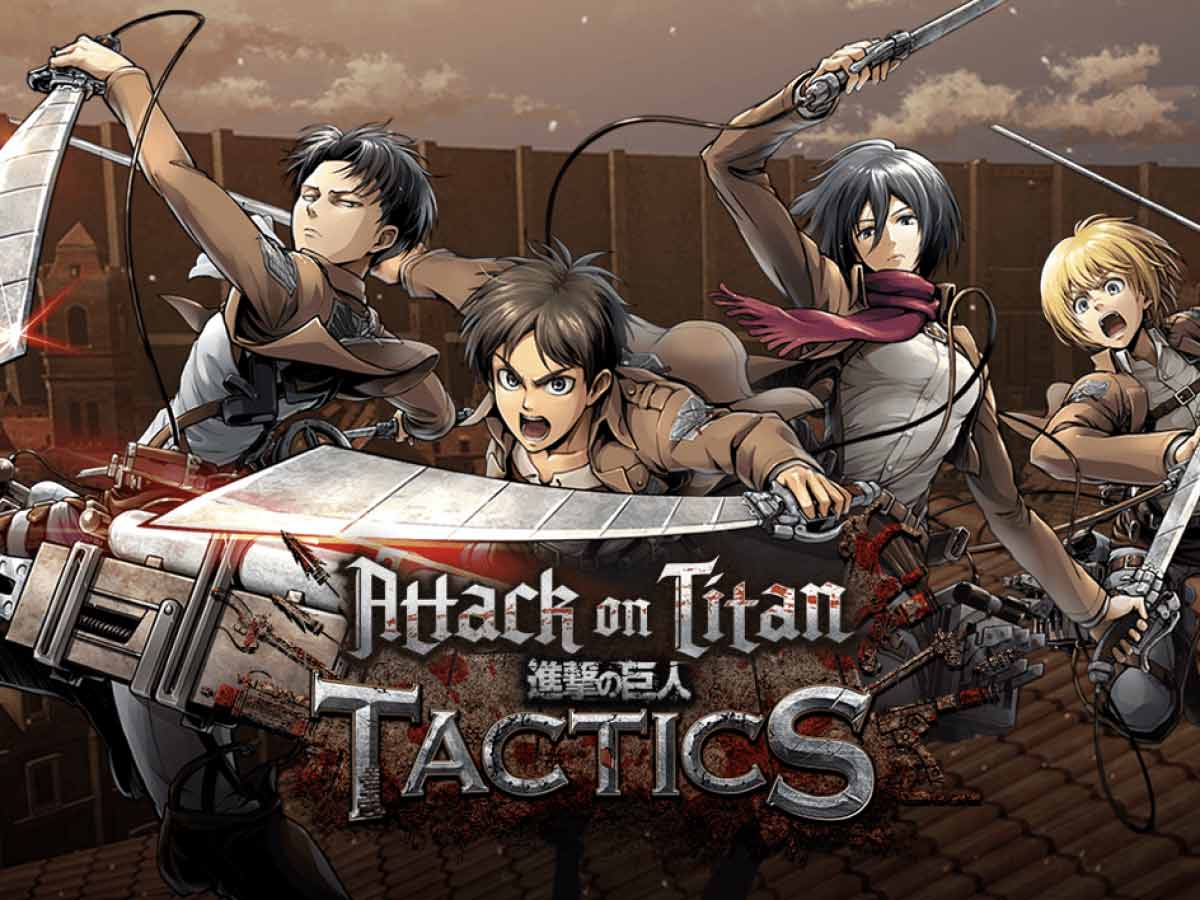 Looking for an anime series to help you get through the day? This could be your fortunate day. We’ve compiled a list of 12 of the best anime series of all time. Now for a polite disclaimer: your favorites may have slipped past our selection, but don’t worry, our approval isn’t everything. We had a huge list to look through when it came to fantastic anime.

Whether it’s a classic Shonen series or the most recent Shoujo series, this collection has it all. Despite being dominated by the original bests, our checklist is suitable for both connoisseurs and newcomers.

Skipping the most well-known ones like Naruto (can’t skip this if you want to be revered as a master), Bleach (a personal favorite), My Hero Academia (a must-watch for Shonen aficionados), and many more that if we start naming them all here, it may become a list in and of itself.

For those who are unfamiliar, anime is animation; nevertheless, do not confuse it with cartoons. Anime is most renowned for its Japanese origins and outstanding narratives. If an Otaku (a person who has a strong interest in anime or manga) had their way, anime would be the best form of movie ever. Anime has truly taken over the world with its fascinating storylines and artistic animation.

Below is our selection of the top 12 anime series of all time:

It is a 64-episode series that has been completed, so there is no need to wait for new episodes; it is completely binge-able. The plot follows Edward and Alphonse Elric, brothers who travel on a quest for the Philosopher’s Stone in the hopes of resurrecting their bodies, which were lost when they attempted to resuscitate their mother using alchemy.

Edward, who has only suffered injuries, serves in the State Military, allowing him to continue his search for his brother, the soul of whom is tied to the earth by a suit of armor. However, Edward and Alphonse aren’t the only ones looking for the mystical stone. As they search for answers, they uncover a plot to transform the country for reasons they cannot explain.

Dragon Ball Z, a childhood favorite, is the second installment in the Dragon Ball franchise. The plot follows the exploits of Saiyan Son Goku, who aspires to be the strongest in the world. The show is based on Akira Toriyama’s Dragon Ball manga.

The series follows up five years after the first anime installment, with Goku now a young adult and the father of his kid Gohan. 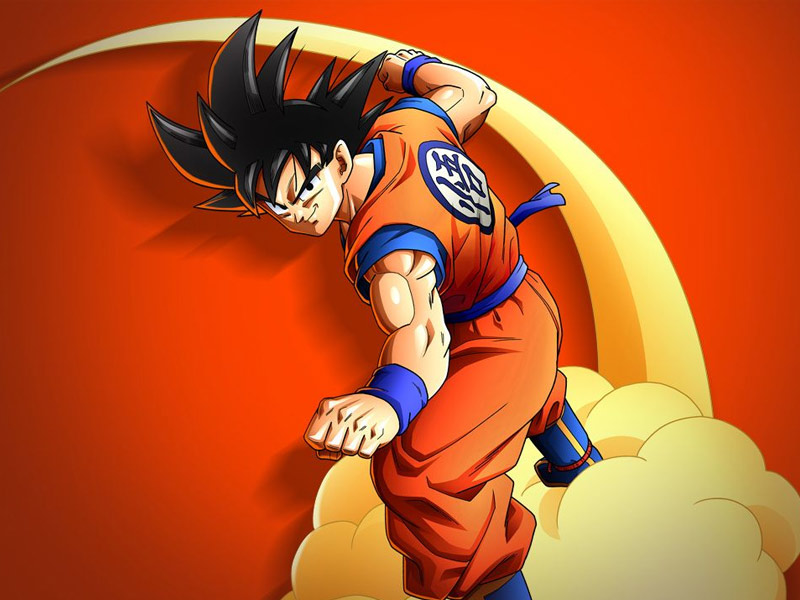 This edition of the series in particular became quite famous due to its flaming arcs and Goku reaching new heights with his strength and resolve with fan favorites like Vegeta, Gohan, Picollo, and others.

This Naoki Urasawa-created anime series is one of the best in the crime-thriller genre, despite its distance from the Shonen market.

Dr. Kenzo Tenma’s journey from celebrated brain surgeon to a discredited murder suspect on the run, and his desperate search for the man who framed him, is a riveting thriller that jumps from one extreme of Europe to the other in a deadly struggle of wills. It is a fast-paced anime series that is never too slow or too quick in its evolution. A must-see for thrill seekers.

The anime’s entire title is Code Geass: Lelouch of the Rebellion, which is another classic choice. In an alternate timeline, the exiled prince Lelouch vi Britannia gains the “power of unconditional obedience” from a mysterious woman named C.C.

He leads an insurrection against the Holy Britannian Empire’s rule, conducting a series of mecha battles while wielding the supernatural force known as Geass. Many consider the series to be the best of all time because of its near-perfect character development and intriguing storyline.

One of, if not the, most popular television series of all time. Death Note is all you could want and more. The series is one of the finest of all time, with a crazy plot and an even crazier protagonist that we all love to detest but secretly cheer for.

The plot centers around Light Yagami, an adolescent genius who comes across a mysterious notebook known as the “Death Note,” which originally belonged to the Shinigami Ryuk and provides the user the superhuman ability to kill anybody whose name is recorded in its pages.

The series follows Light’s subsequent attempts, as a god-like vigilante named “Kira,” to use the Death Note to carry out a global massacre of individuals he considers immoral to create a crime-free society, as well as the efforts of an elite Japanese police task force led by elusive detective L to apprehend him. The anime not only has amazing characters, a terrific storyline, and exceptional art, but one of my personal favorites is its rock numbers.

Time for some comedy; if you’re looking for a good-old comedy anime series, Gintama is right up your alley.

The anime, based on Hideaki Sorachi’s manga, includes over 300 episodes. The story follows the life of samurai Gintoki Sakata, who works as a freelancer with his friends Shinpachi Shimura and Kagura to pay the monthly rent in Edo, which has been taken by Amanto aliens. This is an utterly entertaining anime series for anyone in need of a good laugh.

Another hit, AOT had to make the list. When man-eating Titans first arrived 100 years ago, humans found refuge behind massive walls that stopped the goliaths in their tracks.

Humanity’s long-held safety is jeopardized when a huge Titan bursts through the barriers, bringing a flood of titans towards what had become their secure zone. During the pandemonium, Eren Jaeger, a little child, observes one of the Titans devour his mother, driving him to vow to kill every Titan.

He enlists the help of many survivors, and this group becomes humanity’s last hope of avoiding extinction at the hands of the beasts. The anime, created by Hajime Isayama, has been all the rage recently, and with new seasons out, fans can’t get enough of it. The series is without a doubt one of the best in the game, offering a contemplative commentary on will, destiny, battle, suffering, and loss.

This anime series, which takes the sports Shonen route, has won many hearts. The series follows Shouyou Hinata, who has been captivated by the dynamic aspect of volleyball since witnessing the “Little Giant” and his extraordinary skills on the court.

It is written and created by mangaka Haruichi Furudate. He longs to demonstrate that his diminutive stature is no longer a hindrance in the face of his tremendous drive and tenacity. Hinata believes that joining Karasuno High School, the Little Giant’s alma school will bring him one step closer to his goal of becoming a professional volleyball player.

Even though the school is a shell of its former self, Hinata’s faith in the system is unshaken until he learns that Tobio Kageyama, the prodigy who humiliated Hinata’s junior high volleyball team, is now a teammate.

One of the best Shoujo animes available, this is only for those searching for a good time. The anime centers on Misaki, the student president, who has a particular personality that the other students are unaware of.

Another slice-of-life series, but not a Shoujo anime, the series is not well-known among netizens. Although it is not widely known, this series is an amazing must-see. The story is about the SKET Brigade, a special organization at Kaimei High School dedicated to assisting others.

It is a brilliant blend of comedy, trauma, healing, and friendship. The group’s brains are provided by Kazuyoshi “Switch” Usui, a tech-savvy otaku who talks through voice synthesis software, while the muscle is provided by Hime “Himeko” Onizuka, the hockey stick-wielding gal once known as “Onihime,” (devil princess).

Finally, their boss is Yuusuke “Bossun” Fujisaki, whose latent ability is evoked by his eyeglasses and allows him to summon the incredible power of acute concentration.

However, the bulk of students simply refers to them as the odd-jobs club. The majority of their time is spent relaxing in the clubroom, but when something needs to be done, they go above and above to assist others—usually in honest but unintentionally hilarious ways. The SKET Brigade does all possible to provide assistance, kindness, support, and solutions to every student who is insane enough to want it.

Food Wars, another comedy based on culinary skills, is for all viewers looking for actual delight. Though the anime has its weird moments, it is primarily about food and all things gastronomic, with a splash of emotion thrown in for good measure. Souma Yukihira has been cooking with his father Jouichirou since he can remember. For years, he worked as a sous chef in his father’s restaurant, honing his culinary skills and developing new dishes to amaze their clients.

He hopes to one day surpass his father’s knowledge and take over the restaurant, but he is surprised to find that Jouichirou is closing the shop to pursue a job in New York. Instead of following in his father’s footsteps, Souma enrolls at the prestigious Tootsuki Culinary Academy, where only 10% of students graduate.

The school is well-known for its “Shokugeki,” which are intense cooking competitions amongst students that are usually used to resolve arguments and tensions. The demanding curriculum and hypercompetitive school community await the aspiring chef, who must navigate the treacherous environment if he intends to realize his dreams. Is talent, on the other hand, enough to catapult someone to the top?

The series, created by the creator of One Punch Man, is another masterpiece from ONE. Mob Psycho 100 is a spoof of over-the-top Shonen mangas that follows Shigeo “Mob” Kageyama, an eighth-grader who has tapped into an intrinsic wellspring of psychic talent at a young age. However, once he realizes the inherent risk in his skills, the power quickly becomes a burden.

Mob’s main current purpose for his skill, which he has chosen to suppress, is to impress his long-term love interest, Tsubomi, who rapidly tires of the same tricks. Mob seeks the assistance of Arataka Reigen, a con artist who purports to be a psychic and exploits Mob’s powers for profit, to achieve control over his abilities.

His psychological energy, however, is simply the tip of the iceberg; if his enormous potential and unfettered emotions go insane, a global disaster would ensue, turning him completely unrecognizable. The chances of Mob bursting are increasing and attempting to avoid it is pointless.

Comment below and tell us about some of your favorite anime series to add to this list of the finest anime series of all time.