Home Innovation & Tech Science Proxima B: The Most Habitable Planet after Earth 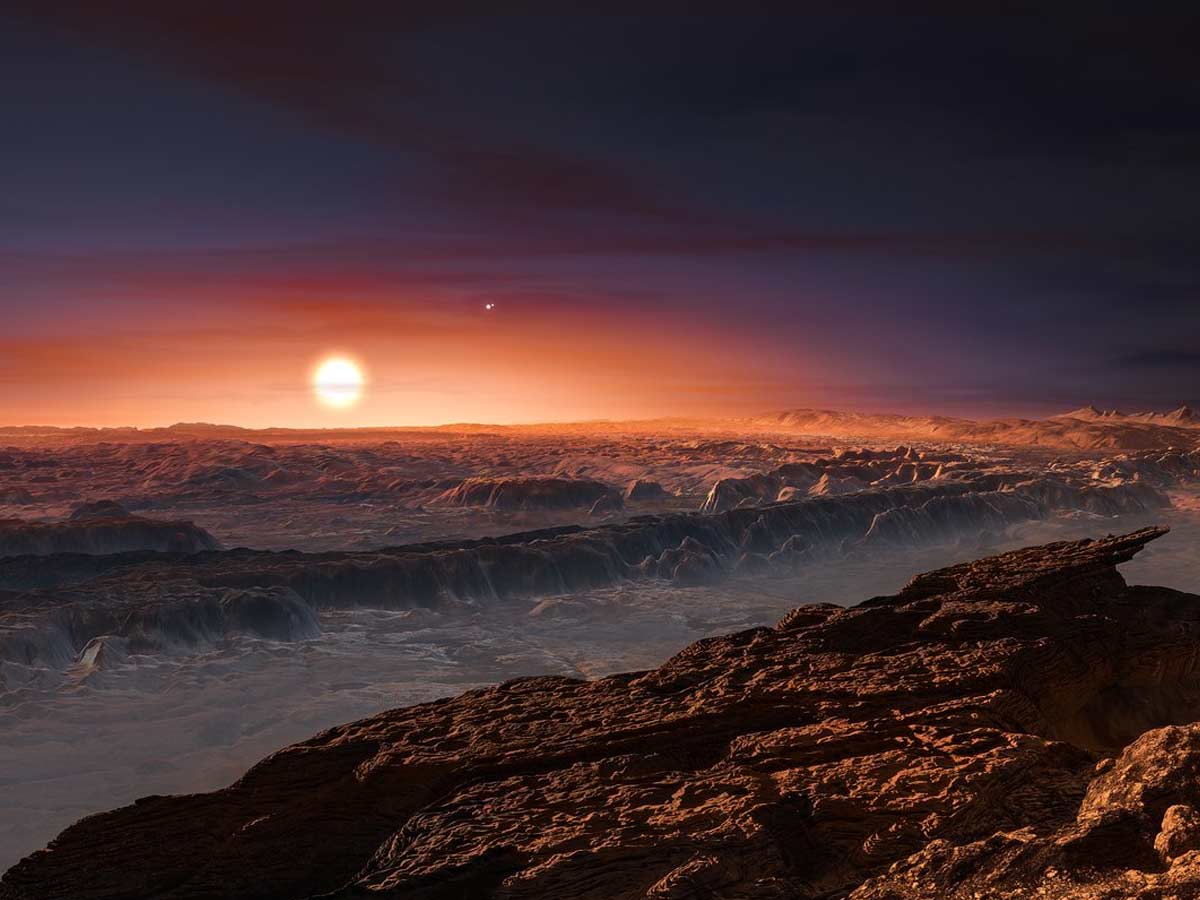 Proxima Centauri B is an exoplanet circling the red dwarf star Proxima Centauri, which is the nearest star to the Sun and is part of a triple star system in the habitable zone. In the constellation Centaurus, it is around 4.2 light-years (4.01013 miles) away from Earth. It is predicted to have a mass of at least 1.2 times that of Earth. It is subjected to stellar wind pressures more than 2,000 times those of Earth. Its habitability has yet to be determined. The finding of the planet was announced in August 2016.

Is Proxima B Habitable?

The habitability of Proxima Centauri b has yet to be determined. However, it is subject to stellar wind pressures more than 2,000 times those of Earth. Without a magnetic field, this radiation plus the stellar winds would certainly sweep away any atmosphere, leaving only the planet’s subsurface as a possibly habitable place. The exoplanet is in Proxima Centauri’s habitable zone. In this area, liquid water might exist on the planet’s surface with the right planetary circumstances and atmospheric characteristics.

A tiny habitable zone and the host star, which has one-tenth of the mass of the Sun. Researchers from France’s CNRS research institution indicated in October 2016 that the planet had a good probability of having surface seas and a thin atmosphere. However, it is impossible to test these ideas unless the planet transits in front of its star from Earth’s perspective. 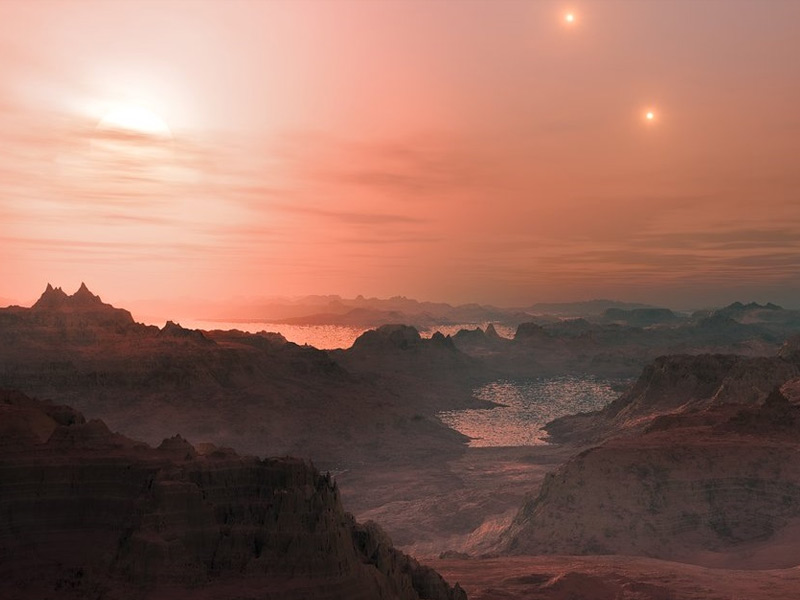 Suppose the planet’s atmosphere is thick enough to transmit heat to the side facing away from the star. In that case, a substantial chunk of it may be habitable. Simulations show that if the planet had an atmosphere, it might have lost approximately as much water as Earth did owe to early irradiation in the first 100–200 million years after creation.

Liquid water may only be found in pools on the sunniest parts of the planet’s surface, either in the hemisphere facing the star or diurnally in the equatorial belt. The capacity of Proxima Centauri b to retain water from its creation is considered by astrophysicists to be the most important factor in determining the planet’s current habitability. Telescopes and other approaches may be able to disclose more about the planet’s composition and atmosphere, assuming it has one.

If a planet has an atmosphere, the red dwarf parent star’s longer-wavelength radiation will impact the weather. In comparison to Earth (or Venus), cloud development on the planet’s dayside will be restricted, resulting in a brighter sky.

Even though Proxima Centauri b lies in the habitable zone, the planet’s habitability has been called into doubt due to several potentially dangerous physical characteristics. The exoplanet is near to its host star and may be tidally locked. In this situation, any livable places may be restricted to the border zone between the two extreme sides, known as the terminator line, because temperatures may be adequate for liquid water to exist only here.

The orbital eccentricity of Proxima Centauri b is unknown with certainty. Still, it is believed to be less than 0.35—high enough for it to be captured into a 3:2 spin-orbit resonance like Mercury. Proxima b would rotate around its axis every 7.5 Earth days with about 22.4 Earth days between sunrises. Another issue is that the flares from Proxima Centauri may have degraded the exoplanet’s atmosphere. The flare activity of its parent star, on the other hand, would not be a problem if Proxima b had a strong magnetic field. 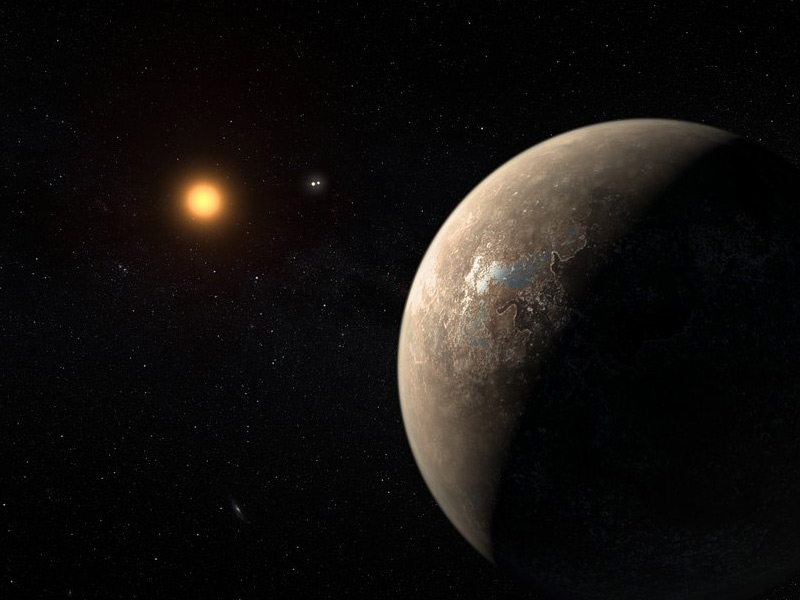 When/How it was Discovered…

Mikko Tuomi of the University of Hertfordshire discovered the first signs of the exoplanet in archival observation data in 2013. In January 2016, astronomers began the Pale Red Dot study to validate the probable finding. On August 24, 2016, a team of 31 scientists from around the world, lead by Guillem Anglada-Escudé of Queen Mary University of London, released a peer-reviewed article in Nature confirming the existence of Proxima Centauri b.

Two spectrographs, HARPS on the ESO 3.6 m Telescope at La Silla Observatory and UVES on the 8-meter Very Large Telescope, were used to make the observations. The minimal mass of the exoplanet was determined using the host star’s peak radial velocity and orbital period. There is one in ten million risks of detecting a false positive. Observational complexities of the star appear to imply the presence of extra but insignificantly sized planets circling it.

Also Read, Most Beautiful Constellations, you can see from naked eye…

Breakthrough Starshot, a proof-of-concept initiative intending to launch a fleet of tiny probes to the Alpha Centauri system, was impacted by the finding of Proxima b. Breakthrough Initiatives is leading the project, which intends to construct and deploy a fleet of small unmanned spacecraft dubbed StarChips, which might travel at up to 20% the speed of light, arriving at the system in about 20 years and notifying Earth a little more than 4 years later. 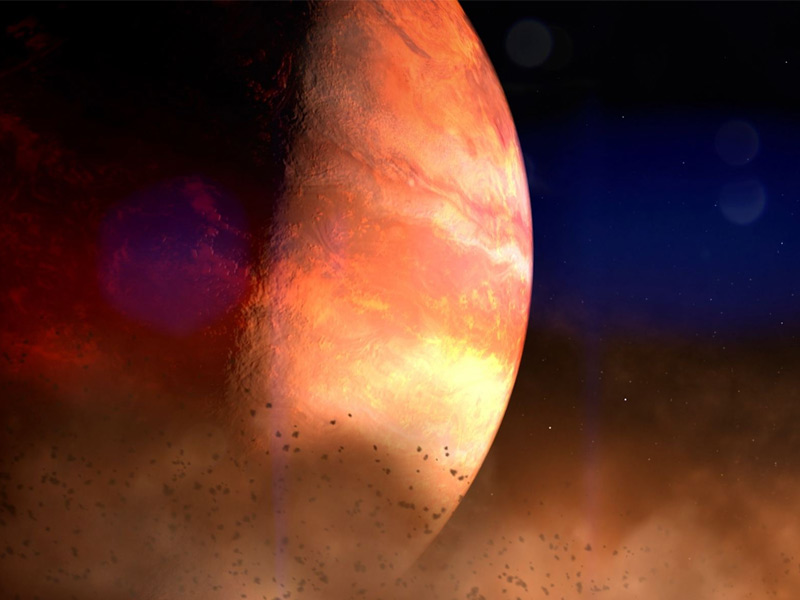 Can Proxima B be our ‘Backup’ Planet?

Proxima b is thought to be an exoplanet similar to Earth by astronomers. It has a minimum mass of 1.3 times that of the Earth. This indicates to astronomers that it is most likely a rocky, terrestrial planet similar to Earth. It’s even in the habitable zone of Proxima Centauri, where temperatures are ideal for liquid water to exist. And, at just over 4 light-years distant, it’s the nearest Earth-like exoplanet ever discovered.

However, don’t expect to be able to visit anytime soon – or ever. Even with the most advanced technology, reaching our nearest nearby star would take thousands of years. For the time being, visiting Proxima b is out of the question. Astronomers will observe the planet from afar in the meantime. They’ll check into the composition of the planet’s atmosphere and seek signs of water — as well as possibly alien lifeforms.