Home Society The Illuminati: Who are they? Do they Still Exist? 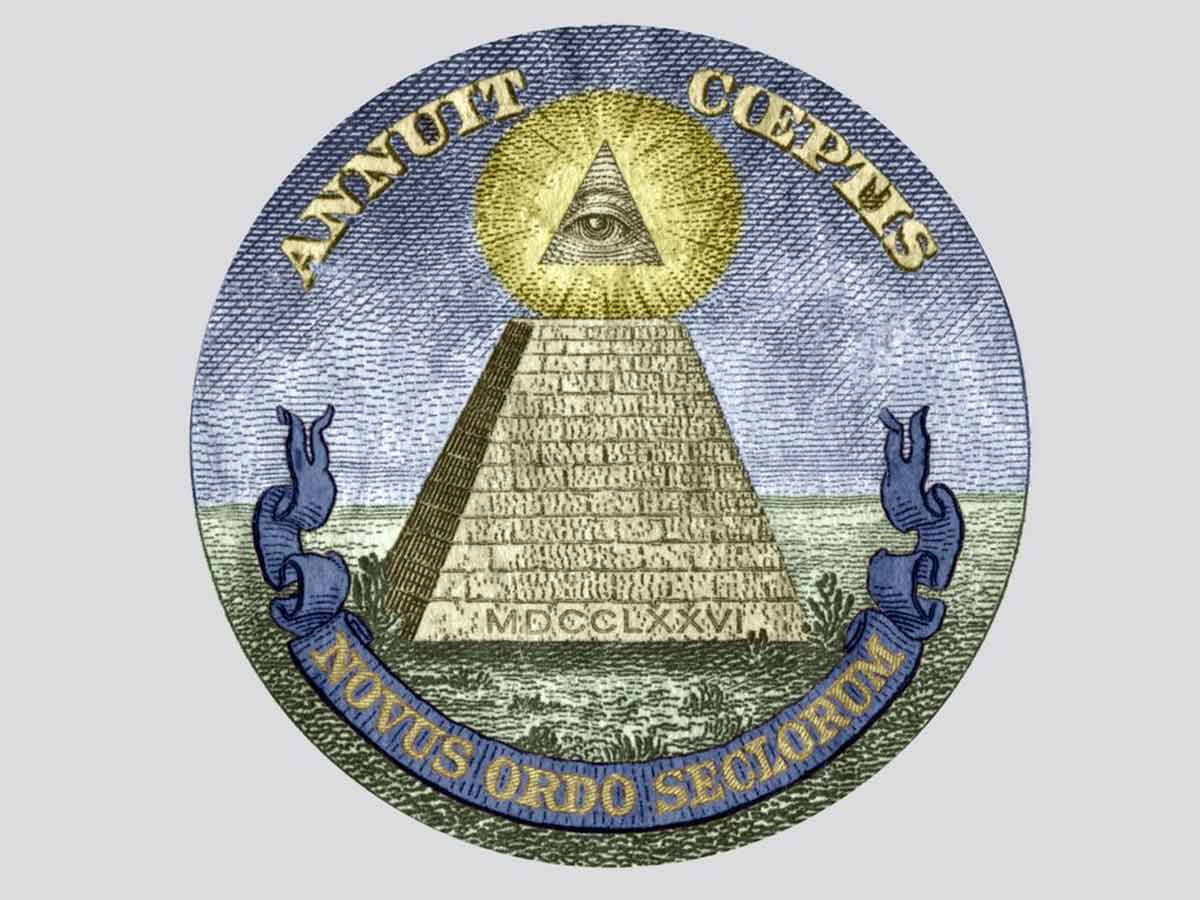 Illuminati, a term used since the 15th century, refers to different groups of people who claimed to be exceptionally enlightened. The term is derived from the Latin Illuminatus, which means “shown” or “enlightened.”

On May 1, 1776, professor Adam Weishaupt formed the Illuminati in Bavaria. Weishaupt, dissatisfied with the authority of the traditional Catholic Church and the Bavarian monarchy, aspired to replace established religion with a new kind of “illumination” through reason. He was inspired by the rise of the Enlightenment throughout Europe. He relied on concepts espoused by the Jesuits (of whom he was a former member), The Mysteries of the Seven Sages of Memphis, the Kabbalah, and freemasons. He aggressively recruited from the latter category, entering masonic lodges in his effort to attract some of Europe’s richest and most powerful men.

Members of the Bavarian Illuminati, known as “Perfectibilists,” were divided into three levels of growing authority drawn from social elites such as former freemason Baron von Knigge and writer Johann Wolfgang von Goethe. All communication was done in cipher, and members were given classical aliases (Weishaupt’s was Spartacus, for example).

What Became of the Illuminati? 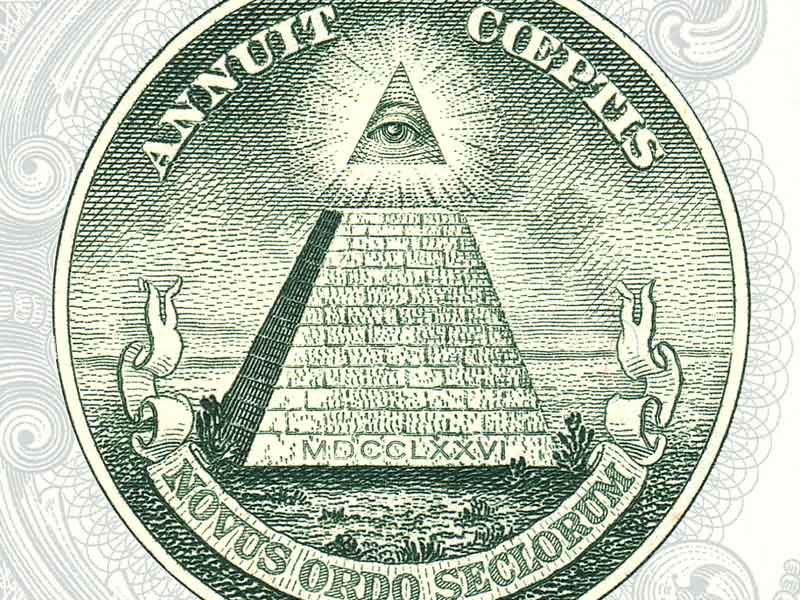 The Illuminati prospered until Karl Theodor of Bavaria issued a proclamation in 1787, making membership in the Illuminati punishable by death.

However, the Bavarian Illuminati’s demise did not end to rumors about its covert operations, and conspiracy theorists have connected the society to everything from the French Revolution to JFK’s assassination. The Illuminati inspired Dan Brown’s Angels & Demons and Umberto Eco’s Foucault’s Pendulum.

The Bavarian Illuminati’s inaugural meeting is thought to have occurred on May 1, 1776, in woodland near Ingolstadt. Five guys established the rules that would govern the hidden order here.

The group’s goals eventually shifted to influencing political choices and destroying institutions such as the monarchy and the Church. Some Illuminati members joined the Freemasons to attract new members. The ‘owl of Minerva,’ a bird, eventually became its major symbol.

Weishaupt intended to educate Illuminati members in reason, generosity, and other secular virtues to influence political decisions after gaining power.

According to Hodapp, the Illuminati’s aims — and reputation — frequently outstripped their resources. In the beginning, the group consisted of only a few members. Even when it was at its greatest, it only had between 650 and 2,500 members. The Illuminati developed to that size by acting as a kind of sleeper cell within other organizations, with members joining Freemason lodges to recruit members for their own rival secret society.

Meet the Founder of the Illuminati 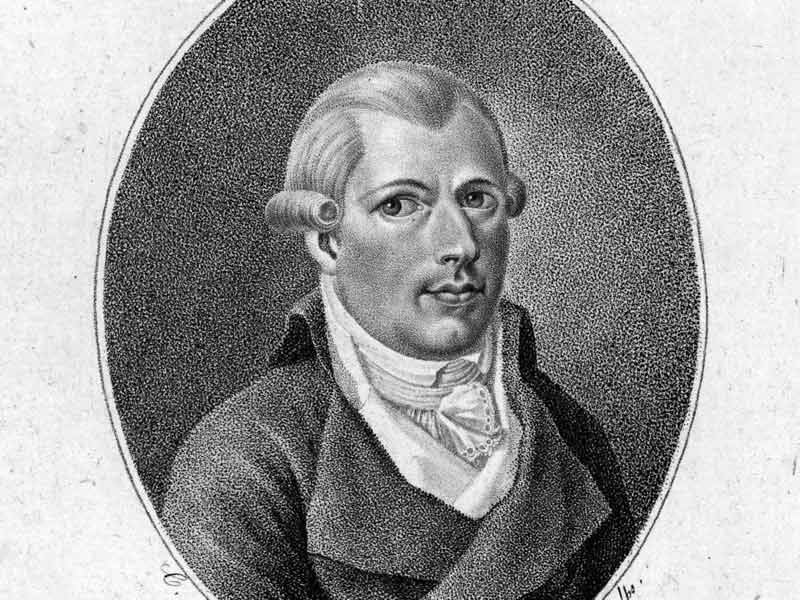 How did a Bavarian professor wind up founding an organization that would become the focal point of two centuries of conspiracy theories?

An 18th-century German thinker, Adam Weishaupt, would have been astounded to learn that his views would one day fuel worldwide conspiracy theories and inspire best-selling novels and blockbuster films.

Until he was 36, the great majority of his countrymen would have been astounded to learn that this seemingly respectable professor was a deadly adversary of the state, whose secret group, the Illuminati, was believed to threaten the very fabric of society.

A closer examination of his background, on the other hand, indicates that Weishaupt has always had a restless mind. As a child, he was an enthusiastic reader, devouring books by the newest French Enlightenment thinkers from his uncle’s library. Bavaria was highly conservative and Catholic at the time. Weishaupt was hardly the only one who claimed that the monarchy and the Church stifled free expression.

Convinced that religious concepts were no longer a sufficient belief system for governing contemporary communities, he sought another kind of “illumination,” a collection of ideas and behaviors that might be used to fundamentally alter the way European governments were managed.

During this time, Freemasonry was rapidly spreading throughout Europe, providing appealing options to freethinkers. Weishaupt first considered joining a lodge. Disillusioned with many of the Freemasons’ ideals, he grew engrossed in the literature on esoteric subjects such as the Mysteries of the Seven Sages of Memphis and the Kabbala. He resolved to form his own secret organization.

What is the relationship between the Illuminati and the Freemasons? 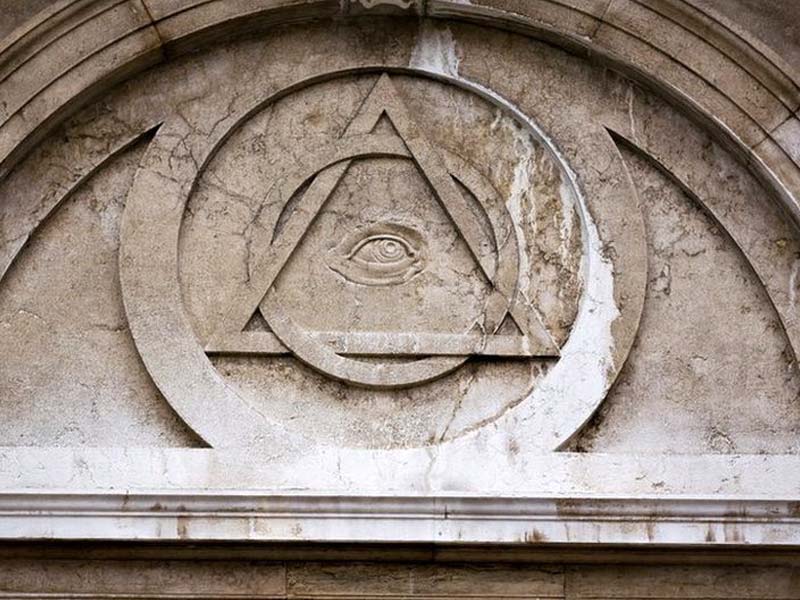 The Freemasons are a fraternal organization that emerged from the Middle Ages guilds of stonemasons and cathedral builders. There has traditionally been a lot of anxiety about Freemasons in various nations, notably the United States — in 1828, a single-issue political movement known as the Anti-Masonic Party was even founded. Because of the early Illuminati recruiting of Freemasons, the two organizations have frequently been mistaken for one another.

What were the Illuminati’s beliefs? 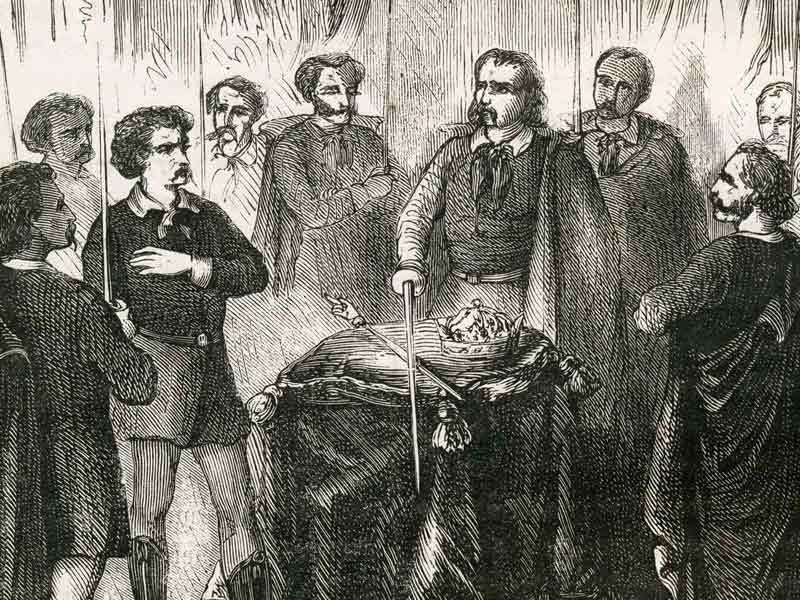 The Illuminati did a lot of strange stuff. They employed symbols (such as the owl), adopted pseudonyms to hide identity, and had intricate hierarchies that split the ranks, such as Novice, Minerval, and Illuminated Minerval. Hodapp claims that at first, Illuminati members didn’t trust anyone above the age of 30 since they were too fixed in their ways. Other stories of rituals are more difficult to verify. Still, we know that members were extremely paranoid and employed spy-like procedures to keep each other’s identities hidden.

However, while performing these strange rites, they also advocated a worldview that embodied Enlightenment values like logical reasoning and self-rule. The Illuminati, who were anti-clerical and anti-royal, were more akin to revolutionaries than global monarchs since they aimed to infiltrate and destabilize strong institutions such as the monarchy.

Did the Illuminati gain control of the world? 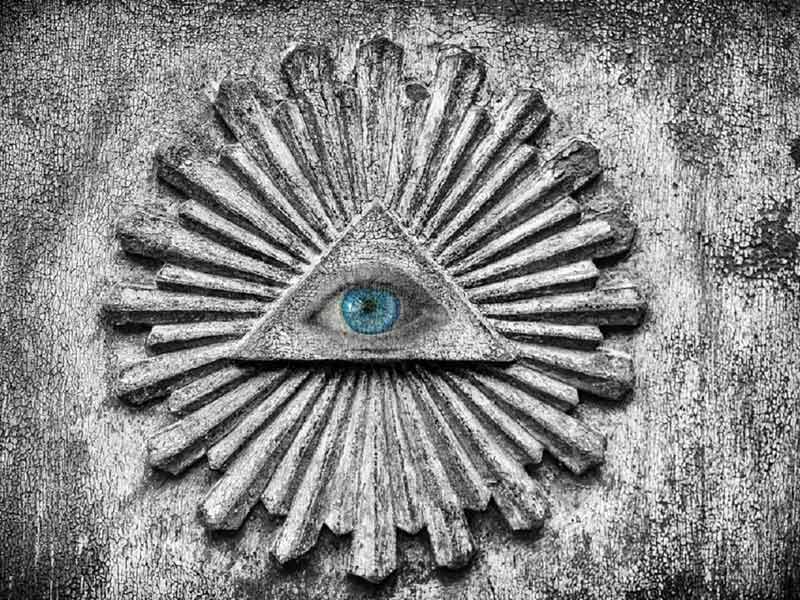 Historians believe the Illuminati were only somewhat effective — at best — in gaining influence.

It’s also impossible to separate the Illuminati’s success from that of the Freemasons, whom they infiltrated and mixed with. It’s also difficult to determine how much impact the Illuminati truly had vs. how much influence people believe they had.

We know the Illuminati had some strong members – along with numerous dukes and other great but forgotten figures. Some sources believe writer Johann Goethe was a member of the society.

In some ways, the Illuminati’s power is dependent on what you think about them. If you believe their revolutionary principles extended to other organizations, such as the Jacobins of the French Revolution, then they were successful. If you believe those ideas would have flourished anyway, they were only a historical curiosity.

Why do many believe in the Illuminati even today? 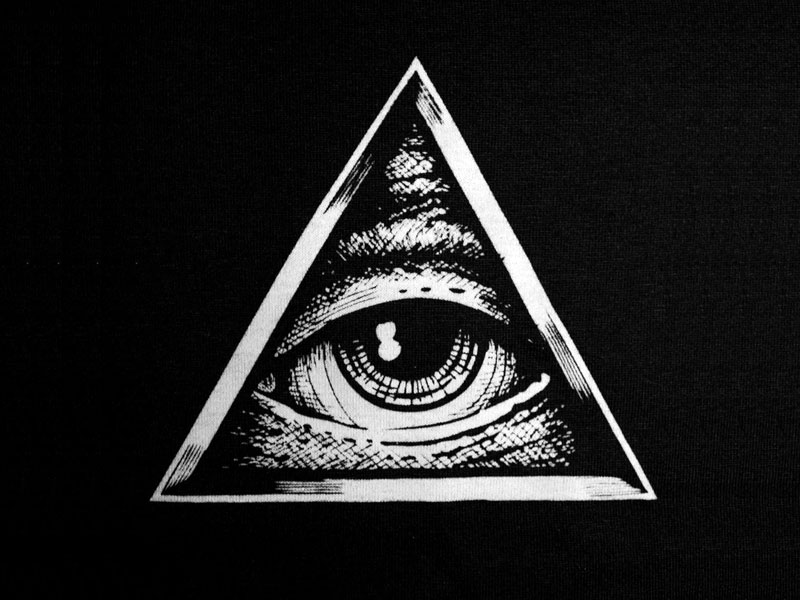 The Illuminati never truly vanished from popular culture; it was always present in the background. The Illuminati, on the other hand, made a significant revival in the mid-1970s due to a literary trilogy that gave the group its current eerie and amusing image.

The Illuminati were represented with sarcastic detachment in Robert Shea and Robert Anton Wilson’s Illuminatus Trilogy. This trilogy became a countercultural classic. Its blend of genuine study — Weishaupt, the founder of the real Illuminati, is a figure — and fiction helped reintroduce the Illuminati.

From there, the Illuminati became a recurring fixture in both popular culture — as in Dan Brown’s massively popular novel Angels and Demons — and various subcultures, where the group is frequently intermingled with Satanism, alien myths, and other ideas that would have been completely alien to the real Bavarian Illuminati.

Uscinski emphasizes that the majority of Americans nowadays do not believe in the Illuminati. He claims that in a poll of conspiracy theories he conducted in 2012, zero respondents said that organizations such as the Freemasons or the Illuminati dominated politics. Despite this, the Illuminati appears to have persisted in our common awareness, acting as the punchline of jokes and the basis of lizard people’s stories.

What exactly is the all-seeing eye? 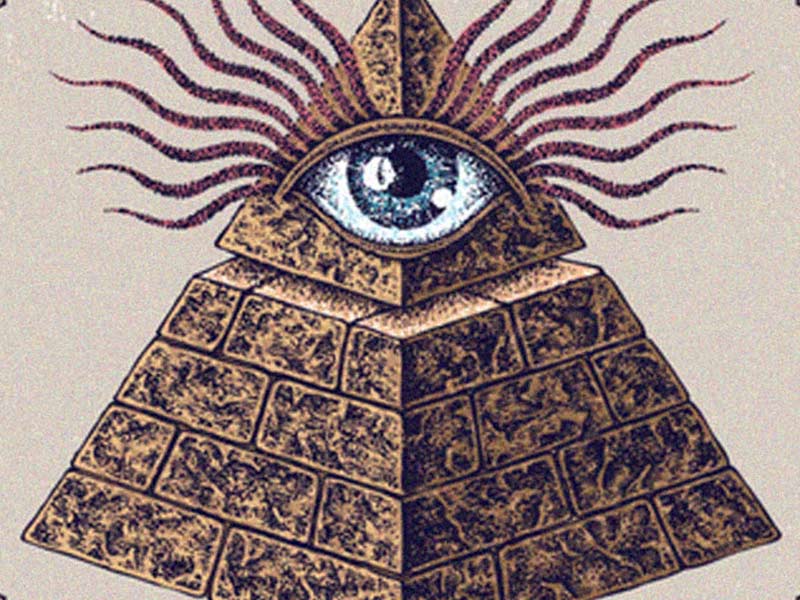 Cryptic symbols and hidden visual cues fuel conspiracy ideas. One such sign is the ‘Eye of Providence,’ which is an eye placed within a triangle and is connected with Freemasonry and the mythical Illuminati, a hidden society of elite persons purportedly aiming to control global events.

The Eye of Providence is a magnet for conspiracy theorists because it is concealed in plain sight: not only does it appear on innumerable churches and Masonic structures across the world, but it also appears on the reverse of the American one-dollar note and the Great Seal of the United States.

The ‘Eye of Providence,’ a symbol like an eye within a triangle, may be found on churches all throughout the world and Masonic structures and the US one-dollar note. It has been linked to the Illuminati as a symbol of the group’s control and monitoring of the globe and being affiliated with Freemasonry.

Originally a Christian symbol, the all-seeing eye has been used in artworks to depict God’s watchfulness over humanity. It began to be utilized in innovative ways in the 18th century, for example, in Jean-Jacques-François Le Barbier’s The Declaration of the Rights of Man and of the Citizen, an illustrated version of the human rights statement approved by France’s National Constituent Assembly in 1789. It is portrayed here as a tool of paternalistic reason, keeping a careful eye on the newly democratic nation.

There is no formal relationship between the all-seeing eye and the Illuminati; the suggested link is most likely based on the original group’s parallels with the Freemasons, who utilized the picture as a symbol of God.

Why did the Illuminati vanish?

In 1784, Karl Theodor, Duke of Bavaria, prohibited the formation of any society not previously authorized by law. The next year, he issued a second proclamation explicitly prohibiting the Illuminati. During the arrest of alleged Illuminati members, incriminating materials (defending beliefs such as atheism and suicide), as well as abortion instructions, were discovered in their hands.

This reinforced the perception that the organization posed a danger to both the state and the Church. The Illuminati then seemed to have vanished, with some claiming that it survived underground.

What became to Adam Weishaupt?

Adam Weishaupt’s position at the University of Ingolstadt was finally terminated. After being banished from Bavaria, he lived the rest of his life in Gotha, Thuringia, where he died in 1830.

Is it true that Jay Z, Kanye West, and other celebrities are members of the Illuminati?

What do Thomas Jefferson, Queen Elizabeth II, President Barack Obama, Jay-Z, and now Beyonce have in common? If you guessed The Illuminati, you were correct. They are all purported Illuminati members’ names. But who are the Illuminati, and, more importantly, does this secret organization really exist today?

Rumors about the Illuminati and celebrities, in general, testify to their role in our culture. The half-ironic, half-serious claims of Illuminati membership, according to Fenster, are the newest manifestation of an ancient American tradition. “It demonstrates that Jay Z and Beyoncé appear to exist in a separate realm than us,” he explains. “They have hidden lives and access that appears to be reptilian. We note how strange their lifestyles appear to be, as well as how strong they appear to be.”

Because of these principles, the group is frequently at the forefront of numerous conspiracy theories. They play puppet masters, directing world affairs and influencing the government and big businesses to eventually build a New World Order. The Illuminati is claimed to have organized several historical events, including the French Revolution and President John F. Kennedy’s assassination.

The Illuminati has been portrayed as lurking in the shadows, tugging the strings of power in popular culture mediums such as literature, films, television series, and video games.

How did you become a member of the Illuminati?

To join the Illuminati, you had to have complete agreement from the other members, be wealthy, and come from a decent family. Membership in the Illuminati was likewise organized hierarchically. After starting as a ‘novice,’ you progressed to a ‘minerval,’ and then to an ‘illuminated minerval.’ Still, this structure subsequently got more sophisticated, with 13 degrees of initiation necessary to become a member.

Will the Illuminati assassinate me for reading this?

If they still exist, you already know much too much about them.