Home Arts & Entertainment Poetry The Poems of Robert Frost, that Give Life a Different Meaning 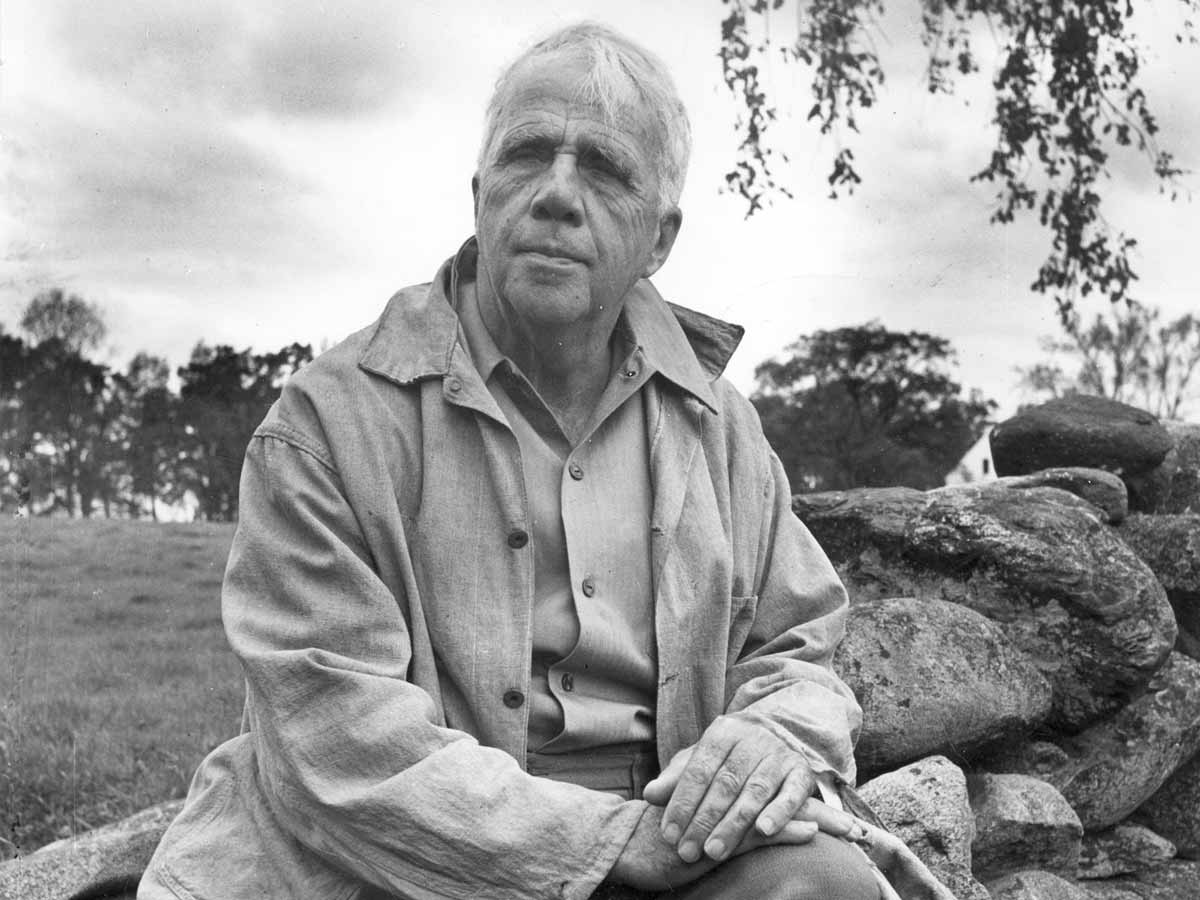 Robert Frost, an American poet, was born on March 26, 1874, in San Francisco, California. He was practically unknown for the first 40 years of his life. It wasn’t until he returned to the United States from England, where he had his first two collections of poetry published, at the commencement of Industry War I, that he was fully acknowledged by the publishing world as the gifted wordsmith he was. He received four Pulitzer Prizes during his career. As the unofficial U.S. “poet laureate,” he was a distinguished guest at President John F. Kennedy’s inauguration in 1961. He died two years later, at the age of 88, from surgery complications.

Robert Frost is widely regarded as the finest poet of the early twentieth century. His works are today taught, studied, dissected, and discussed in educational institutions worldwide. Some of his more renowned poems, such as ‘Stopping By Woods On A Snowy Evening’ and ‘The Road Not Taken,’ have inspired more poets to study and enjoy formal metered poetry than virtually all of his contemporaries, including Ezra Pound and Edward Thomas, both of whom Frost was close friends with. 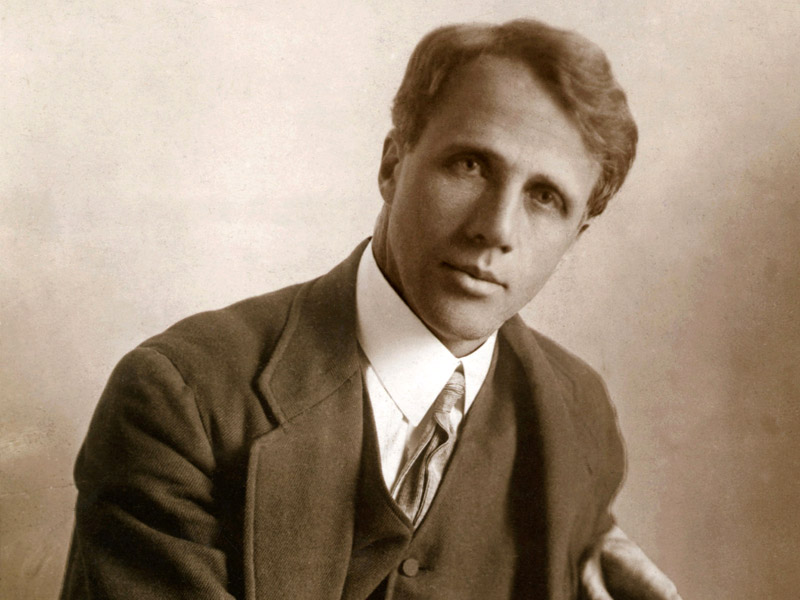 This list does not include any of these two jewels, nor does it include other popular Poems of Robert Frost like ‘Fire and Ice,’ ‘Acquainted With The Night,’ or ‘Nothing Gold Can Stay.’

Nonetheless, if you’ve never heard of these, I recommend you read them as soon as possible. Instead, I’ve compiled a list of 10 of the finest Poems of Robert Frost. I’ve arranged them here in the order in which I view them in terms of beauty and amazement.

This is one of the finest poems ever written by a man who penned a lot of gems. Metaphors and similes are common in the greatest poetry. The poems of Robert Frost were mastered at utilizing the natural environment to express the human predicament. He tells us in this excellent poem that he will be comparing leaves to flowers. Still, he also metaphorically portrays individuals as trees and makes some insightful comments. In life, we must first pay attention to the foundations we create for our children, and then, as we mature, we must understand both the purpose and the form.

Inner beauty and strength, as well as public display While flowers are frequently obsessed with youth, and bark and wood become more significant to the mature, as we age, our emphasis may turn to ferns, and finally to the moss and lichens that will be closest to us when we die. In my opinion, his contrasts are more essential than his parallels. Not only do we notice contrasts between flower and leaf here, but also between young and old, day and night, dark and light, and, eventually, the externalized conflicts and the inner acceptance that emerges in the final two lines.

Acquainted with the Night

This one is a little different from the Poems of Robert Frost. It focuses on the urban environment rather than the rural world of many of his other renowned poems. However, one of the difficulties in deciphering the content of this poem is that Frost’s speaker refuses to tell us how he thinks about his solitary walking through the night: he is, to use a poetry term, “unwilling to explain.”

Another poem in iambic pentameter contained only 14 lines and was initially introduced and written by Dante. Despite its brief length, this poem has the power to transport the reader into a state of uncanny detachment.

Frost had encountered unexplained grief in his life: he had lost both of his children due to unforeseen events. He frequently suffered from intermittent despair. In this context, ‘the night’ might refer to sadness or even his previous seclusion.

This nine-line poem is said to have inspired the title of George R. R. Martin’s A Song of Ice and Fire, and it gives Game of Thrones a strangely apocalyptic connotation. Is the world going to end in flames or ice? These pictures indicate different things – fire denotes wrath, battle, and passion; ice suggests icy indifference and inactivity – and may be read in various ways, lending ambiguity and profound symbolic character to this famous short poem.

The elements of fire and ice mentioned in the poem and highlighted in its title are two of the four Aristotelian or classical elements, alongside earth and air (although ‘ice’ is usually just portrayed as water, Frost – whose surname here taunt the icy conditions of one half of the poem – is purposefully summoning these classical elements). Frost composed ‘Fire and Ice’ in 1920. This is only two years after the conclusion of World War I, and many people are thinking about revolution, Armageddon, and social and political turmoil.

The poetry elaborates in basic, comprehensive language, even mentioning domestic things, yet it carries a profound and human message.

The narrator begins by wondering if the planet would end due to another ice age movement, another holocaust, nuclear war, or anything similar eating the globe. Then he makes a subtle shift in connotation by comparing fire to human passion and desire, which may become excessively hot and even destructive.

Eventually, he argues in the latter section that coldness, hatred, or apathy of mankind are equally, if not more, destructible. It may simply mean that there is more than enough of man’s greedy greed or severe hatred looming large in our planet, both of which are harmful to the human species. Whatever the conclusion, we know that human passion and energy will bring this planet to an end.

The Road Not Taken 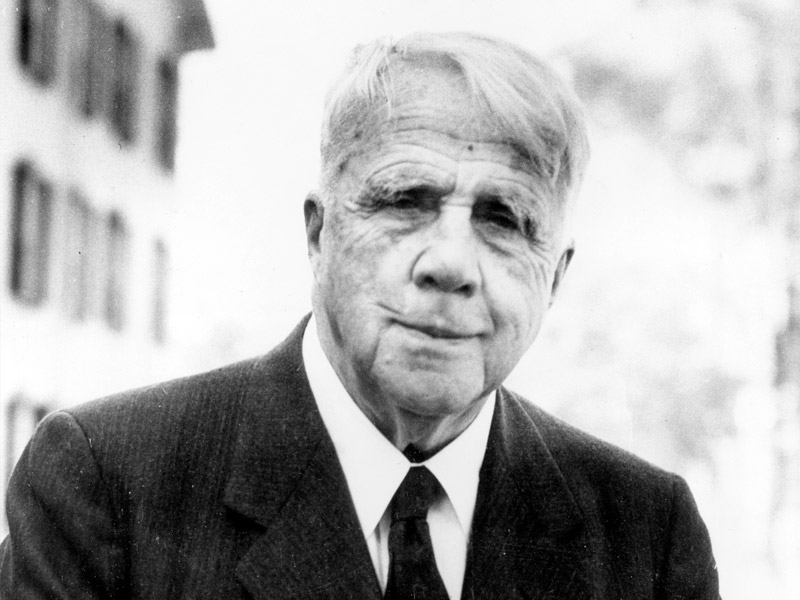 No list of the Best Poems of Robert Frost would be complete without this, a poem that is frequently misinterpreted. It initially appeared in his debut collection, Mountain Interval, in 1916; in fact, ‘The Road Not Taken’ begins the book. As a result, it is reasonable and acceptable that many readers see the poem as Frost’s declaration of individuality as a poet: he will pursue “the route less traveled.”

Furthermore, the poem is named ‘The Route Not Taken,’ making it obvious that this road is not the ostensibly ‘less traveled’ one chosen by the speaker – that is on his mind. As a result, the famous closing lyrics are less a triumphant declaration of independence and more a melancholy examination of how we constantly rewrite our own history to explain the decisions we make. However, it remains a magnificent poem – arguably the finest Robert Frost poem of all time.

The Road Not Taken, Robert Frost poem stands out from the rest, illustrates our life’s journey and how we confront choices at every step along the way. Every day, we must make decisions; after all, life is about choices and their repercussions. We are simply these soldered-together bits of our possibilities. It is for this reason that the poems of Robert Frost resonate with all readers.

The speaker is standing in front of a fork in the road and is unsure which option to choose. He eventually prefers the untouched route to the worn-out one. He is pleased by the discoveries and experiences that the path brings him to and shapes him into the person he is.

Stopping by the Woods on Snowy Ends

This is arguably the most read and loved Robert Frost poem, yet it is also the most misunderstood. The poem, written in quatrain rhymed iambic tetrameter, begins with the narrator’s willful entrance and ends with his escape.

‘Stopping by Woods,’ one of best-loved Poems of Robert Frost, if not the best-loved, was inspired by a real event in Frost’s life: while passing through the woods on his way home, the poet lamented the fact that he was poor and didn’t have enough money provide for his family, so rather than give up, he resolved to soldier on and ‘choose life’ rather than the tempting escape offered by the woods. Apart from the mild breeze and the faint sound of snowflakes, everything around them in silence.

Frost finishes by saying that, as magnificent, dark, and tempting as the woods are, he has earlier promises to honor, so he must leave this oasis of peace and quiet and continue on his trip before he can sleep for the night. Take note of Frost’s unique and regulated rhyme system: he doesn’t merely utilize a rhyme scheme. Instead, he ties one stanza to the next by repeating the same rhymes at different positions in the subsequent stanza.

There’s also Frost’s use of regular iambic tetrameter throughout the poem, as well as his decision to end-stop each line: there’s no enjambment, no run-on lines, and this gives the poem the feel of a succession of short, concise assertions or observations, rather than a more profound reflection. There’s something unavoidable about it: it’s less a Wordsworthian “spontaneous outburst of overwhelming sentiments” than a more contemporary recognition that, as W. H. Davies phrased it in another poem from around the same time, “most of us have no time to stand and look” at nature.

The topic of this poem is one that Frost frequently revisits: departure and freedom. Even on a gloomy evening, as he approaches the picturesque snowy forests, he is in the wonder of the magnificent panorama the location has to offer.

He wishes he could remain longer and marvel at what he sees. He quickly learns that he has unfulfilled obligations to make and “miles to go before I sleep,” echoing the departure or rather a new quest. The poetry takes various forms and views, some unclear, some pleasant, but it doesn’t change the fact that it connects with everyone and deserves to be where it is. 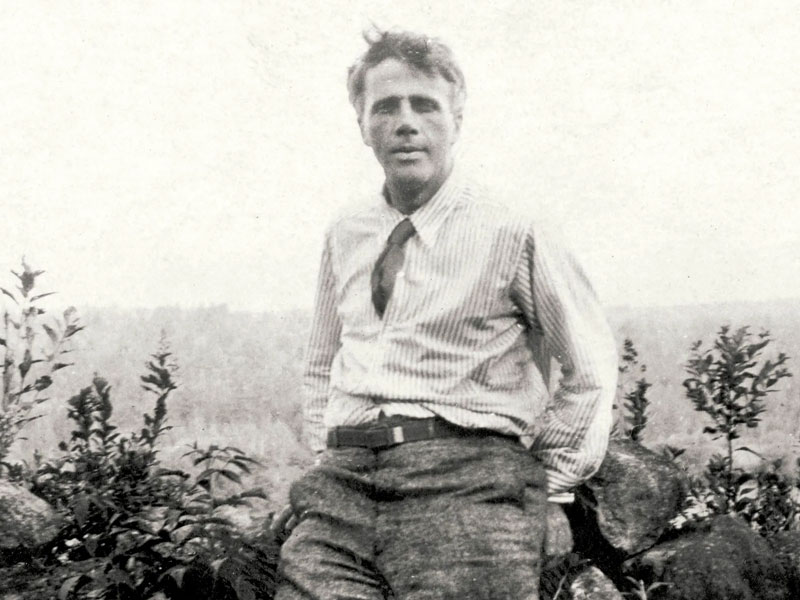 Conclusion of Poems of Robert Frost

Poems of Robert Frost reflect the folksy tone and wintry environment of New Hampshire, where he grew up.

His lyrics are filled with gloomy topics that he has experienced. Amidst the darkness, the reader finds his poetry penetrated by rays of light and promises of transcendentalism, making them acceptable for all ages.

To Read all the Poems and Know more about Frost, Click Here