Home Arts & Entertainment Asirgarh fort and the legend of Ashwatthama : The Untold story 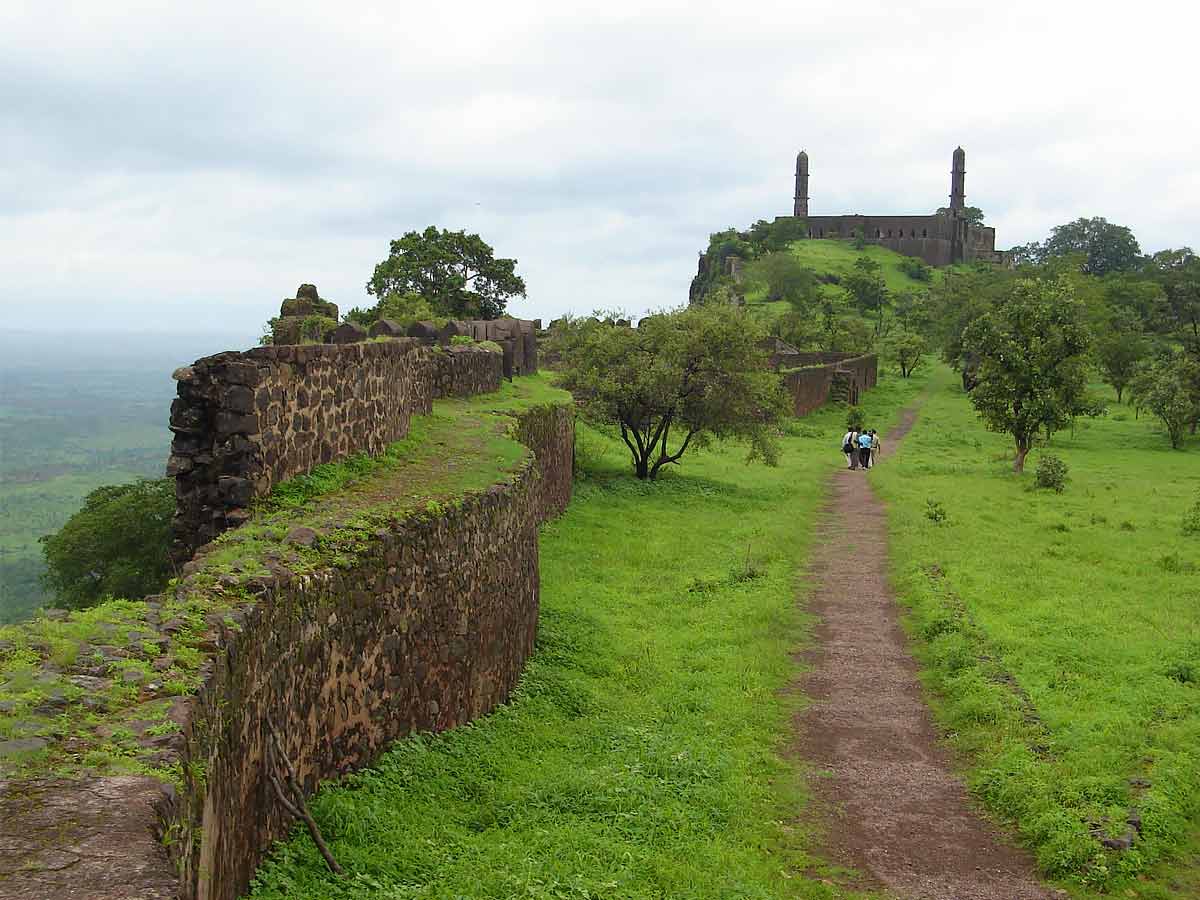 Asirgarh Fort is a fortress (qila) in the Satpura Range, about 20 kilometers north of Burhanpur in the Indian state of Madhya Pradesh.

The fortress was known as the “key to the Deccan” because it commands a pass through the Satpuras connecting the valleys of the Narmada and Tapti rivers, one of the most important routes from northern India to the Deccan.

The Asirgarh Fort was abandoned after the British left and is now in ruins. The fort’s architectural style was heavily influenced by the Mughals and is a blend of Islamic, Persian, Turkish, and Indian styles.

The fort was built with stone, lead, and limestone. It is unusual in that it contains a temple, a mosque, and a Gurudwara!

The Asirgarh fort is said to have been built in the early 15th century by a king named Asa Ahir. Nasir Khan of Khandesh assassinated him.

Miran Bahadur Khan (1596-1600), a descendant of Nasir Khan, declared his independence and refused to pay homage to Mughal emperor Akbar and his son Daniyal. In 1599, Akbar marched to Burhanpur and occupied the city. Akbar then besieged and captured Asirgarh fort on January 17, 1601.

The Mughals influenced the fort’s architecture, which was a mix of Islamic, Persian, Turkish, and Indian styles. There are three man-made ponds to supply water.

Inside the Fort, there is a ruined mosque with minarets known as Asir Masjid. Aside from Hindu and Muslim architecture, there are some ruins of British origin, as well as British graves. Following the British departure, this fort was abandoned.

The legend of Ashwathama

Gupteshwar Mahadev Mandir is a temple dedicated to the Hindu deity Shiva. According to local legend, Ashwatthama, a character in the Indian epic Mahabharata, used to come to this temple every morning to worship and offer flowers to Lord Shiva.

According to legend, Ashwathama murdered all five Pandava sons and even attempted to murder Abhimanyu’s son Pareekshit while he was still in his mother’s womb to avenge the death of his father, Guru Dronacharya. As a result, Lord Krishna cursed Ashwathama, saying that he would carry the weight of all people’s wrongdoings on his shoulder and would wander around alone like an apparition without receiving any affection or sympathy.

Lord Krishna also removed the gem from his brow. The curse further isolated Ashwathama, forcing him to live in complete isolation away from society; he also suffered from acute, incurable diseases.

This curse is said to last until the end of the Kalyuga. It is believed that when Kalyuga comes to an end, Ashwathama, Lord Vishnu’s tenth avatar, will remove the curse.

Nonetheless, locals believe Ashwathama has been roaming the grounds of Asirgarh Fort for the past 5000 years. Some believe that Ashwathama wanders around the fort at night, stopping people to ask for turmeric and oil to heal his bleeding forehead. Anyone who has seen him is said to have either lost his mental stability or gone insane.

Other places to visit nearby:

The Shahi Qila was a magnificent Burhanpur palace located to the east of the Tapti River. Except for the ruins of the castle, this quila is nothing more than a sliver. Still, the parts that have survived are incredible works of sculpture and exquisite carvings that will captivate any tourist.

It is stated that the Qila was originally built by the Farooqui rulers, where Shah Jahan resided while serving as governor of Burhanpur. Shah Jahan became so attached to the fort that he established his court in Shahi Qila for the first three years of his reign.
Dargah-e-Hakimi

Syedi Abdul Qadir Hakimuddin was the Dawoodi Bohra saint from Burhanpur, India. Pilgrims from all over the world come to pay their respects at his grave.

Dargah-e-Hakimi, Burhanpur is a tomb complex with gardens, mosques, and other international accommodations for visitors. He was born on the 14th of Jamadil Awwal during the reign of the 34th Dai Syedna.

Burhanpur’s Jama Masjid is India’s only mosque with bilingual inscriptions in Sanskrit and Arabic!

Raja Ali Khan, the Faruqi ruler, built the roofless mosque in 1589. (also called Adil Shah). The mosque has no roof, but the ceiling is created by intersecting symmetrical arches. The facade has 15 arches and is flanked by two 36m tall and rather plainly designed minarets.

The ‘black stone’ for the mosque is said to have come from Mandu. There are 17 mihrab niches in the mosque. Mihrabs mark the prayer direction on a mosque’s Mecca-facing (qibla) wall.

How to Get to the Asirgarh Fort

To visit the Asirgarh Fort, first travel to Burhanpur via Indore. Burhanpur is on State Highway 27, which connects it to Indore. It is best to drive down to Burhanpur from Indore or to take a taxi or bus.

The Asirgarh Fort is located approximately 20 kilometers north of Burhanpur. You can hire an auto-rickshaw from Burhanpur for around INR 500 for a round trip to and from the fort.