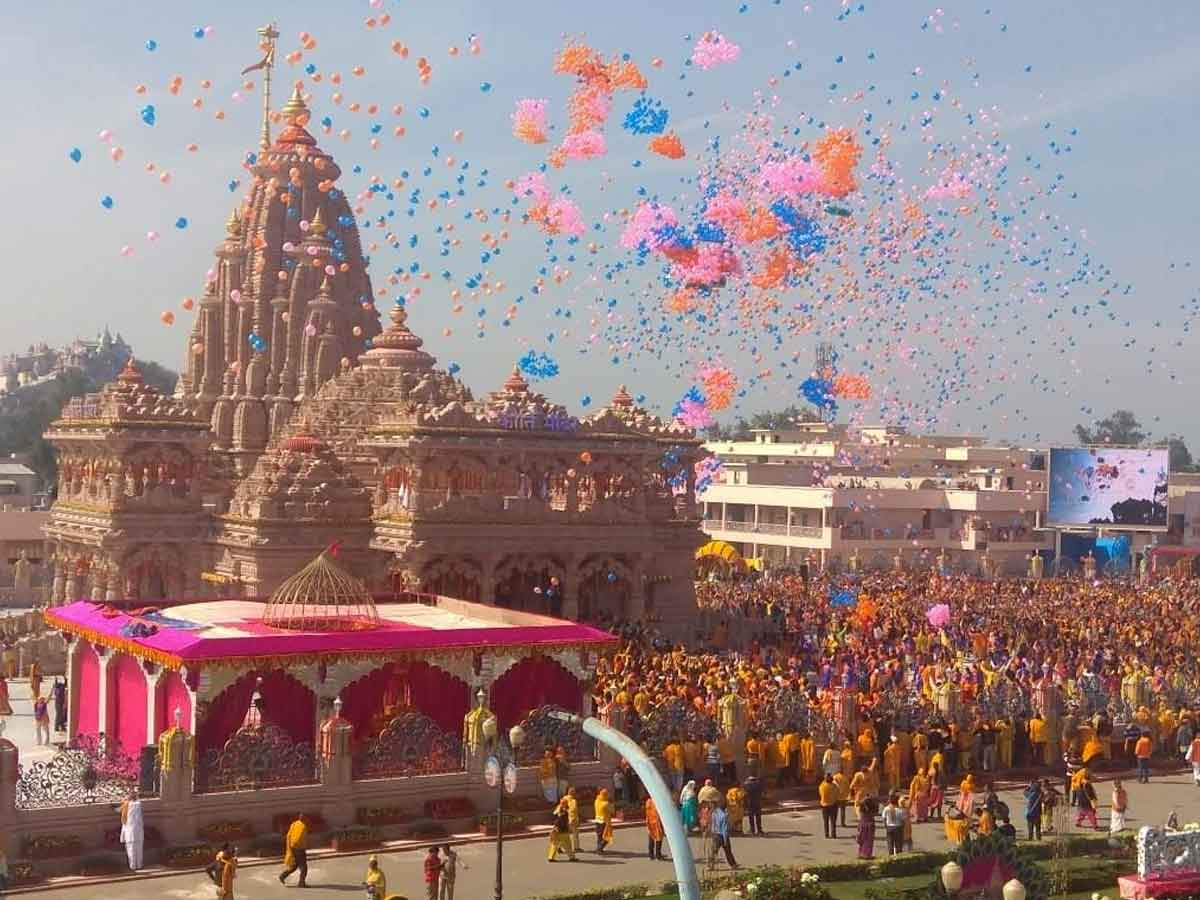 Holi, the festival of colours, happiness and joy, is one of the most popular festivals in India. Like all other major Hindu festivals, Holi too holds a great significance in terms of religious importance. People cook delicious dishes, wear new clothes, clean their houses and surroundings and play with colours. That is why the other name for Holi is the festival of colours. The streets of cities and villages are filled with colour and people can be heard bursting in laughter while enjoying the festival with their near and dear ones in every part of the country.

The festival symbolizes the victory of good over evil and ‘Holika Dahan’ is done on the night before the festival. The festival also marks the start of the harvest season in India. Different kinds of traditional sweet dishes are prepared across homes which people share with their relatives and neighbours. The beauty of the festival attracts not only Indian citizens but also foreigners. A large number of foreigners arrive in cities like Mathura, Vrindavan, Varanasi and Udaipur to witness the charm of the festival and enjoy it with the locals. While the festival is celebrated with great enthusiasm across the country, there are some places, where the celebration is iconic. We’ve compiled a list of such cities that you must visit during Holi. 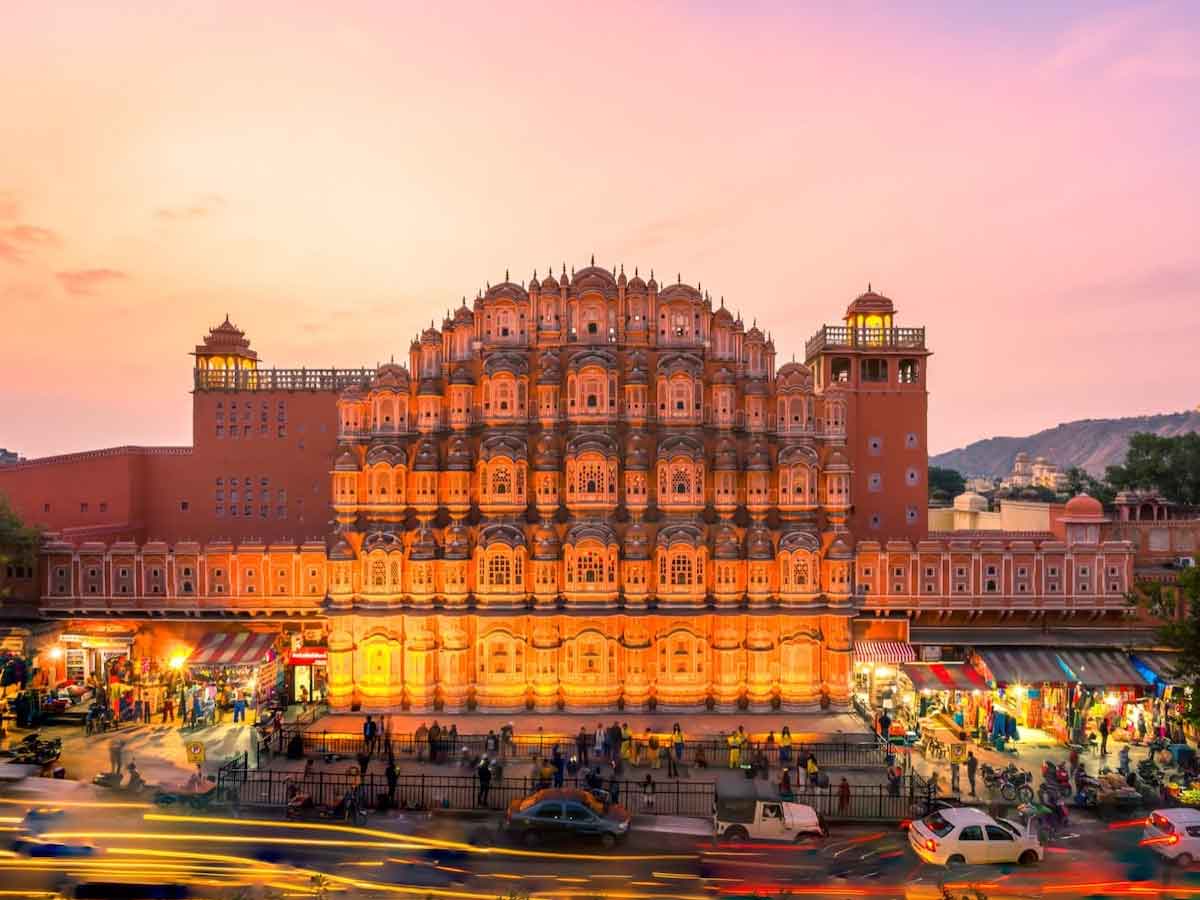 Jaipur or the Pink city is the city of culture, history, taste and tradition. Holi has been a special festival in Jaipur since the royal times when an iconic elephant procession used to be show-stealer. However, the concerns related to human rights have resulted in bringing an end to the practice but it doesn’t mean that there has been any reduction in the enthusiasm of the people in celebrating the festival. A gala is organised in the royal palace where locals gather in large numbers to enjoy the performances and dance to the tunes. The walls and streets of the city are covered with different colours of gulal. It’s hard to save yourself from the colour splashes and the delicious dishes during the festival. 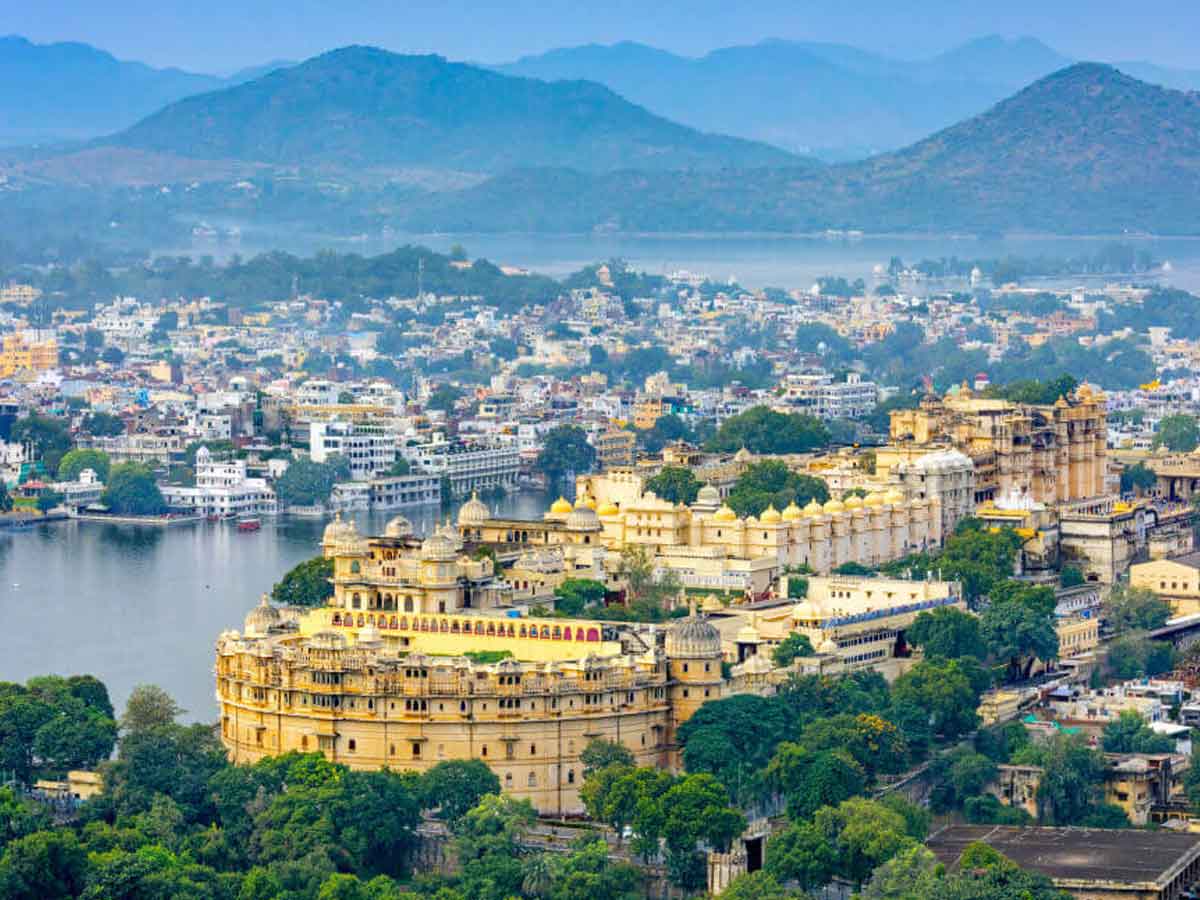 Just like Jaipur, the celebration of Holi in Jaipur is done in a very royal style. If you have a thing for royal palaces, cultural history and tradition, you must visit Udaipur during the Holi festival. The festival starts on the night before the festival where the king lights a bonfire in the central courtyard to mark ‘Holika Dahan’. A large number of foreign nationals arrive in Udaipur to enjoy the festival. The city is immersed in joy and enthusiasm for several days and you can see people dancing to the beats in almost every corner of the city. It’s colour and gulal everywhere. 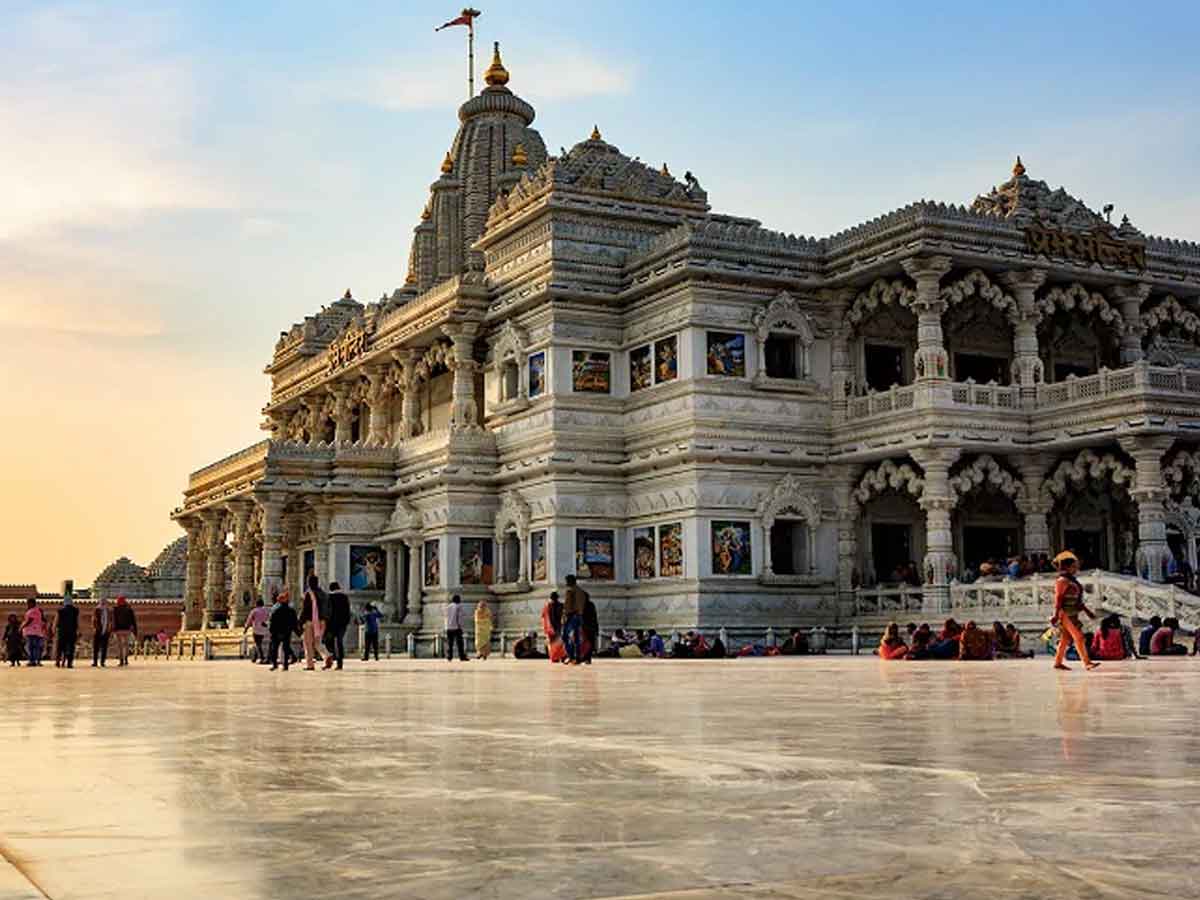 Vrindavan has a historic connection with the Holi festival. Celebrating Holi with full enthusiasm has been a part of Vrindavan’s culture since ages when Lord Krishna used to reside there in human form. The celebration is at the peak at the famous Banke Bihari temple in Vrindavan where lakhs of devotees of Lord Krishna and Radha gather to seek the blessings before starting the celebrations. Brace yourself for a lot of colour play if you are planning to go there. Unlike any other part of the country, Holi is celebrated in Mathura and Vrindavan for several days. Fro Holi of flowers to ‘Latth Maar’ Holi, the festival is celebrated in several forms. 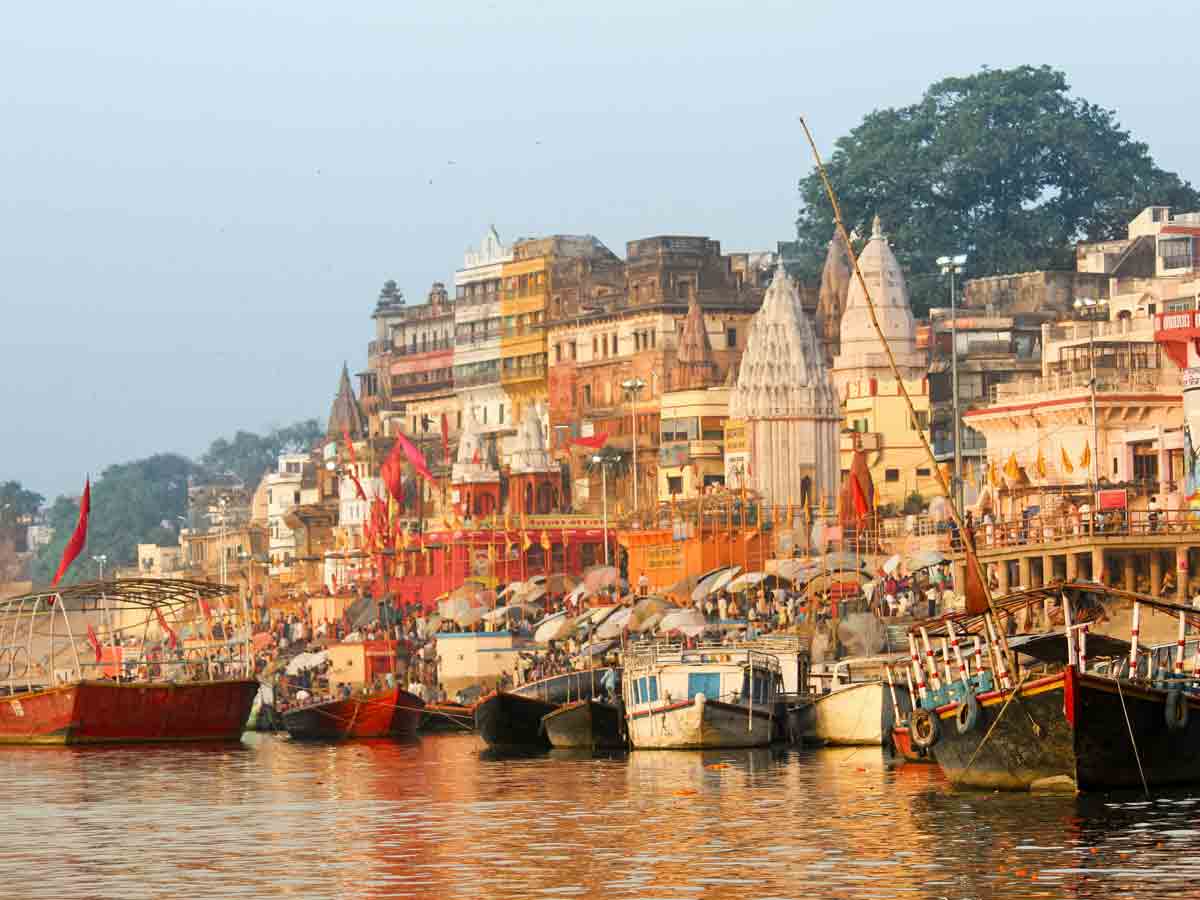 Varanasi is said to be the oldest city on the planet. Located on the banks of Holy Ganga, the city welcomes lakhs of tourists round the year but the environment during the Holi festival is something else. People dress up in colourful clothes and come to offer their prayers to Lord Shiva at Kashi Vishwanath temple before meeting their relatives and friends and starting the celebrations. Do not forget to try the mouth-watering ‘gujiya’ a traditional local sweet dish prepared specially during the festivals.

Also Read, Top 8 Places To Visit In And Around Chennai 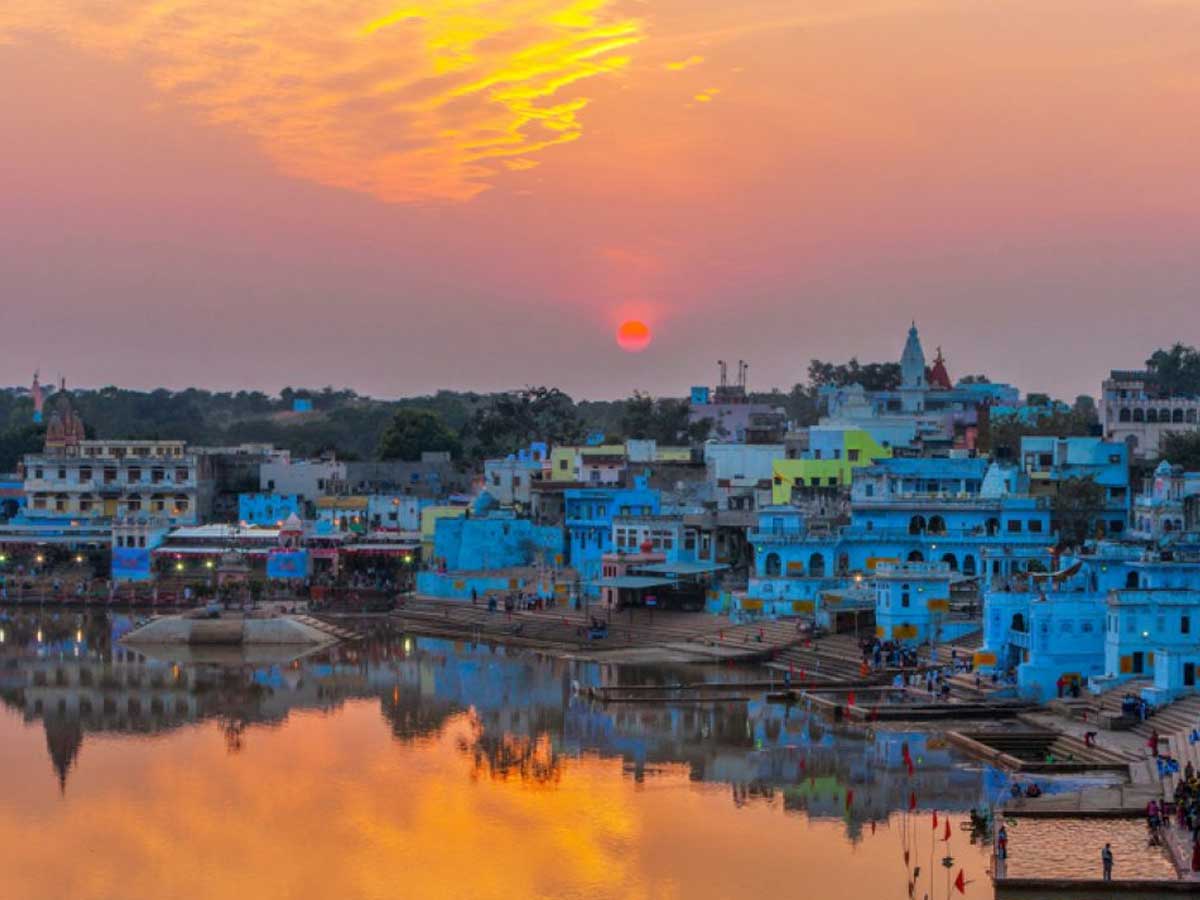 Pushkar is the only place in the country where Lord Brahma is worshipped. Located on the shores of Lake Pichola, Pushkar is another sacred city that welcomes thousands of local and foreign tourists. Thousands of people dance to the bhajans of Krishna while throwing gulal and colours at each other. Beware of any unknown drink as it could be ‘bhaang’ lassi (a local cocktail of cannabis, yoghurt and sugar) unless you want to lose your senses. 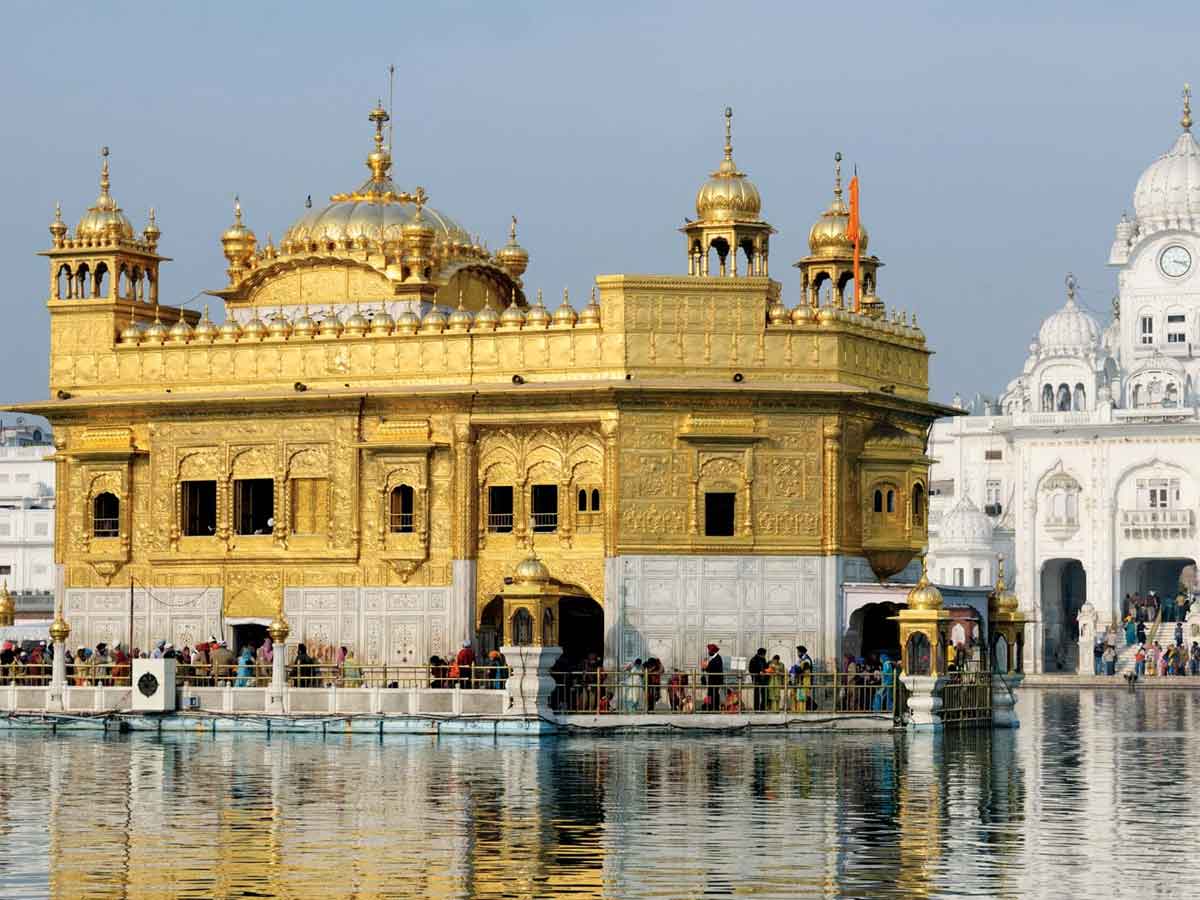 When we are talking about the glory and beauty of the religious places in India, the list can’t be complete without mentioning Amritsar, the city that is home to the magnificent Golden Temple. You can expect big glasses of lassis, sweets prepared with litres of pure ghee, spicy curries and of course, a lot of calories. The hospitality of the locals and the purity in the atmosphere despite the festival mood makes it one of the best pilgrimage destinations in the country. It is one of the best places to enjoy Holi if you are travelling with family.

Barsana is said to be the home to Radha Rani. The way Holi is celebrated is very different from how it is celebrated in the rest of the country. Barsana is located near Mathura and men from Nandgaon, a neighbouring village, gather together and walk to the main Krishna temple where women carrying heavy wooden sticks stop them on the way. The women then symbolically beat the men with the sticks while the men defend themselves with their leather shields. A crowd of lakhs gathers all around the temple premises to witness the ceremony. 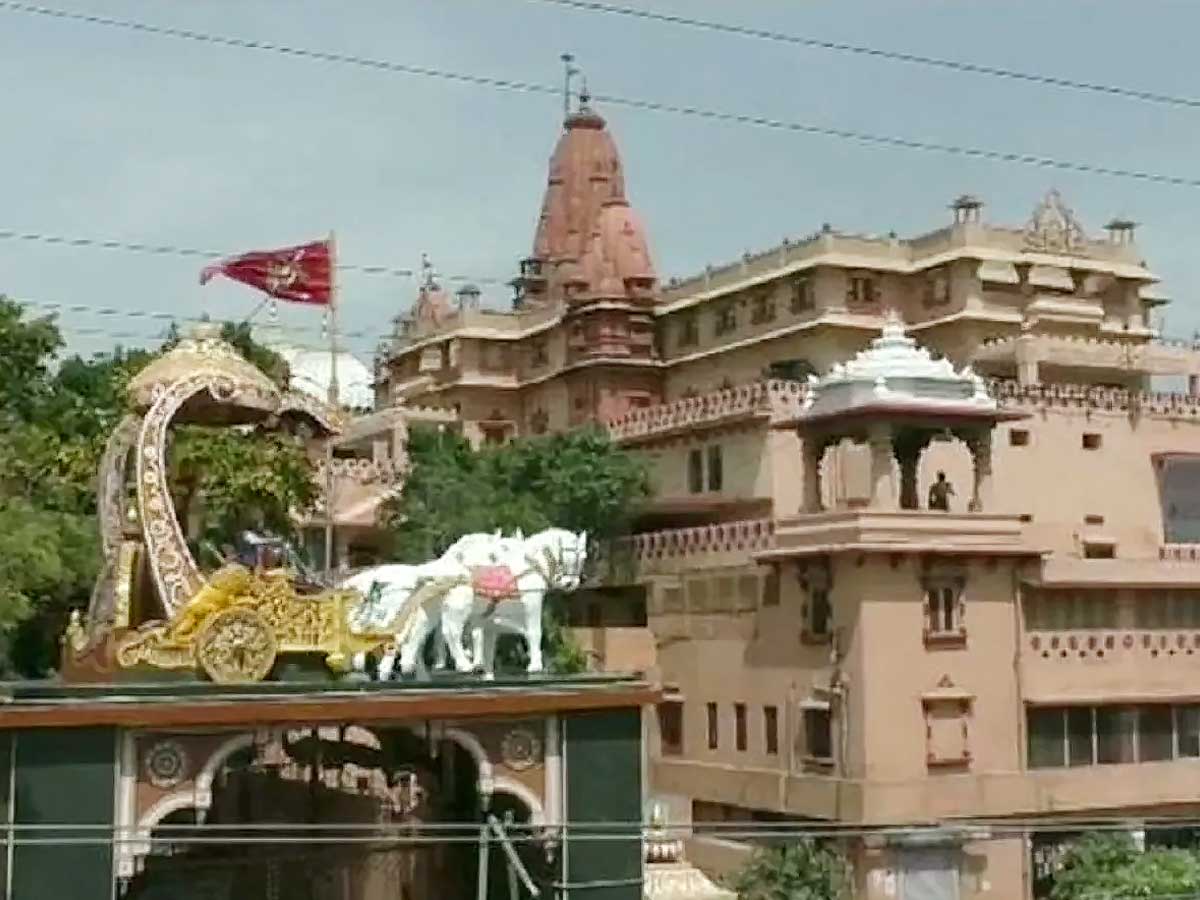