Home Arts & Entertainment I Want You Back: Best Movie to Watch This Valentines 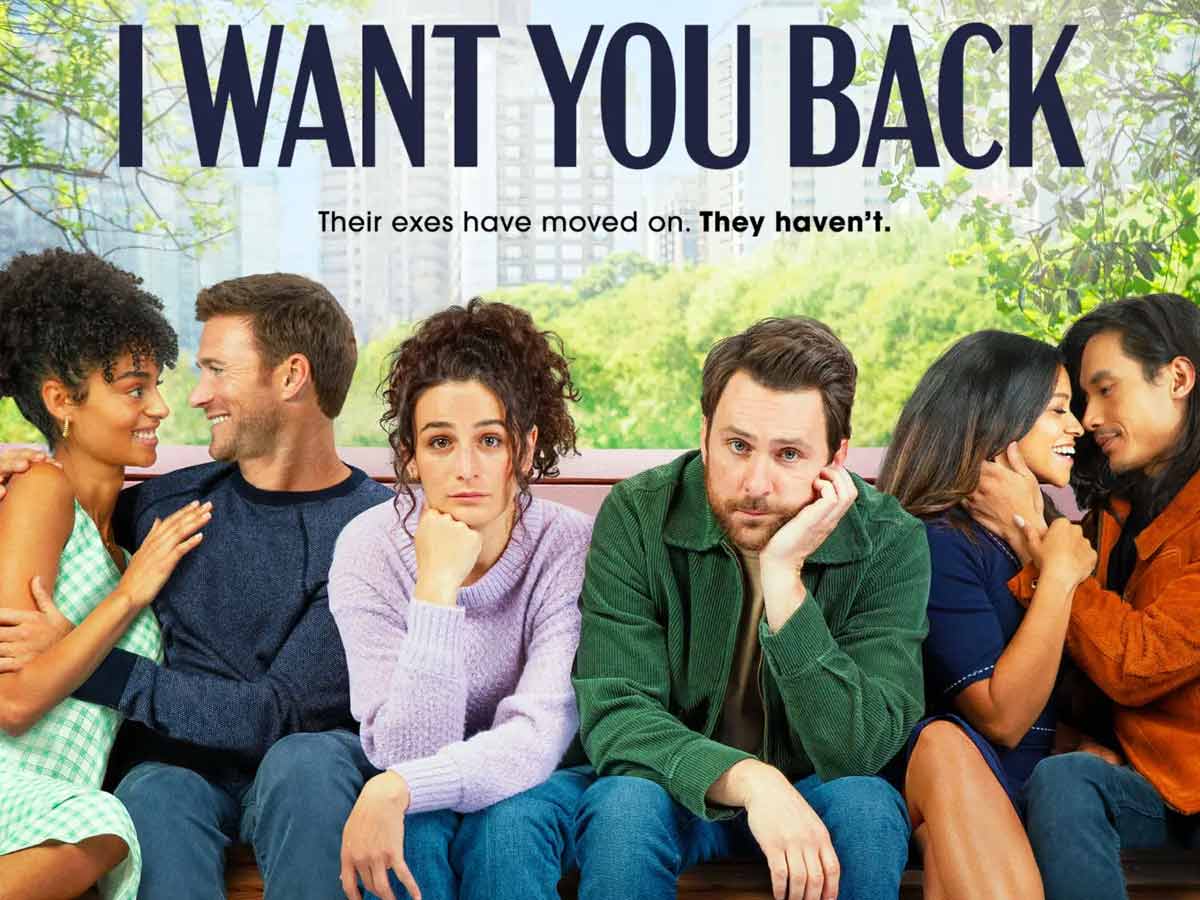 Finally! Valentine’s Day is finally here, and to add a unique flavour to it, so many romantic movies have been released, one of them is I Want You Want. The movie has got released digitally on the OTT platform of Amazon Prime. Let’s find out what is there in the movie. I want you Back.

I Want You Back – A Review

The film is directed by Jason Orley and written by Isaac Aptaker and Elizabeth Berger (This Is Us, How I Met Your Mother). Both Peter (Charlie Day) and Emma (Jenny Slate of Obvious Child) has recently been dumped by their boyfriends. Both heartbroken and pining for their ex-lovers, the two meet at the office building they both work in and form an unexpected bond. A broken heart recognizes another broken heart.

Jenny Slate and Charlie Day are entitled to more than “I Want You Back,” a drab rom-com that offers them a chance to be hilarious, charming, and lovely only to squander it scene after scene.

They play two unexpected friends united by their pain, and they’re an excellent casting choice. Emma on Slate just ended her 18-month relationship with a fitness trainer named Noah (Scott Eastwood). At the same time, Peter on Day recently received the boot from English teacher Anne (Gina Rodriguez) after six years of dating, coupled with snide remarks about how he’s stuck in life. Emma and Peter, both crying, meet in a stairway, their unfulfilling occupations just floors apart, and vow to be supportive friends in their grief.

Also Read, Into the Wind: A Dreamy Long Romance to Begin Valentines Binge

It’s an outrageous idea, full of delusion and desperation, and it’s a fantastic setup for the kind of rom-com that’s supposed to be enjoyed with a pint of ice cream. But director Jason Orley’s picture doesn’t make the most of the genre’s wiggle area; it’s almost as if the film is afraid to go further with its breakup screwball notion, although the agony and denial it’s riffing on are all too real.

The bond that develops between Peter and Noah, who is perfectly agreeable, isn’t particularly endearing, and Emma’s wooing of Logan, which she attempts under Anne’s careful eye, appears forced rather than designed. “I Want You Back” takes a less expensive approach to its plot by denying these unwitting targets much of their personality, therefore undermining the intriguing ensemble’s performances. All of this is done to keep us from questioning whether Emma and Peter are awful people or confronting the plot’s manipulation head-on.

It is, nevertheless, a film that grows on you once you accept its mild, innocent pleasantness. I couldn’t get enough of the genuineness and attention to detail it treats its characters. Because of Charlie Day and Jenny Slate’s primarily platonic chemistry, I Want You Back works better as a moving-on picture than a love story between Peter and Emma. Individual journeys of recovery and self-acceptance by Peter and Emma have considerably more effect and honesty than the plot’s desire to bring them together at the end. The most heartfelt love storey here isn’t between them, but between themselves.

Thankfully, most of the film allows for just that, with two unexpected companions functioning as emotional crutches for one other, allowing them to recover and see themselves again. To help each other recognize that they’ve lost sight of themselves as persons because they’re so blinded by their want to be loved by the person they believe is their person. Their breakups were never the cause of their current predicament but rather a result.

Meanwhile, the vibrant supporting cast, including Gina Rodriguez and Manny Jacinto from A Good Place, injects much-needed vitality into the proceedings. A mild Scott Eastwood, who plays Emma’s kind-hearted personal trainer ex Noah, contributes much to the film’s beating heart. Not to mention a slew of entertaining cameos from Ben McKenzie and Pete Davidson.

Finally, we deserve more rom-coms in this Day of terrible lack of love on film. And, for the most part, I Want You Back succeeds as an unusual romantic comedy in which the real happy ending is being dumped and rediscovering yourself, rather than getting together in the end. It is an easy, enjoyable journey through which two people gradually realize that “I want you back” is something they should say themselves rather than their ex-partners.

In a nutshell, I Want You Back review: Due to Charlie Day and Jenny Slate’s primarily platonic chemistry, the rom-com works better as a moving-on film than a love story.