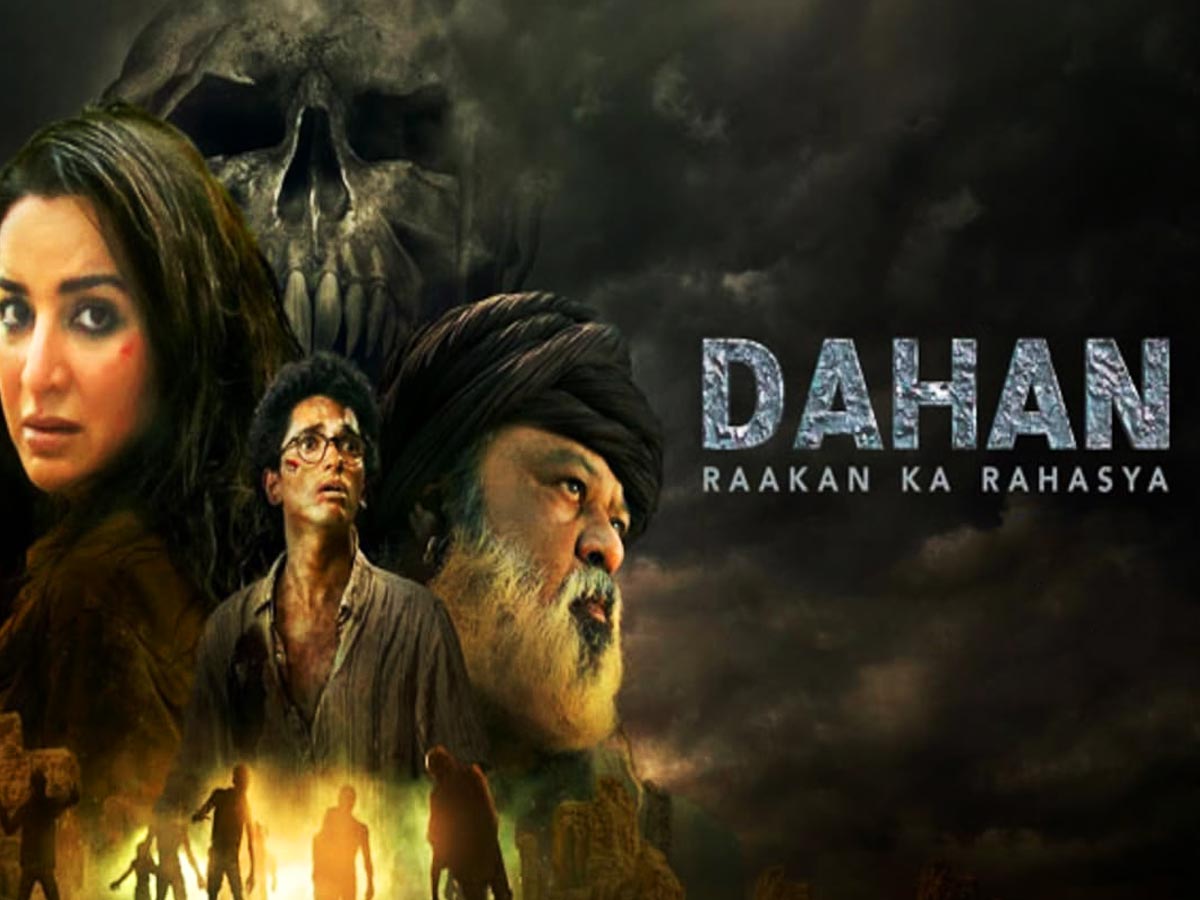 India is exploding with back-to-back OTT entertainment, with series in every genre imaginable. However, except for one or two mini-series, the creators have been hesitant to explore horror.

That’s where Vikranth Pawar’s Dahan comes in as the proverbial knight in shining armor, with a slew of unique topics, intriguing characters, and an esoteric canvas brimming with fantastical aspects. It’s not your typical tale of ghouls and monsters causing devastation. There’s more to the plot than you anticipated.

Set in the charming and rough-hewn fictional village of Shilashpura in Rajasthan, Dahan tells the story of Avni Raut (Tisca Chopra), a vilified IAS official who seeks to redeem herself by mediating a transaction between Mangon Mining Corporation and the reluctant people of Shilashpura. The contested mining project location remains a source of contention between the two opposing parties.

While Mangon Corporation is eager to begin its work to obtain a rare natural mineral, the site itself is rumored to be the legacy of the Shilashpura monster. When Avni and her son Amey arrive in Shilashpura, they learn about the lore of Raakan, Haadika, and Mayaavi, as well as the two enigmatic factions Kaaraapalli and Nikaasiya and their blood-stained histories.

Avni opens a Pandora’s Box in what appears to be a profoundly superstitious community, and all hell breaks out. Unlike other horror programs, Dahan does not immediately immerse you in the action. The first five-six episodes, with nine episodes to their credit, attempt to establish the various plot devices and fill out character developments.

Dahan meanders through the maze of complicated mother-son relationships with Avni and Amey thanks to its sluggish but deliberate storyline. Meanwhile, Avni is on a completely different trip as monsters from her past return to haunt her (not literally).

Avni opens a Pandora’s Box in what appears to be a profoundly superstitious community, and all hell breaks out. Unlike other horror programs, Dahan does not immediately immerse you in the action. The first five-six episodes, with nine episodes to their credit, attempt to establish the various plot devices and fill out character developments.

Dahan meanders through the maze of complicated mother-son relationships with Avni and Amey thanks to its sluggish but deliberate storyline. Meanwhile, Avni is on a completely different trip as monsters from her past return to haunt her (not literally).

Amey, a young, rebellious kid, is enraged because he believes her mother is hiding something about his late father. His personal journey is supported by intriguing supporting characters who bring depth to the story. The plot also deftly captures the cursed town’s conflict of personalities, politics, underlying corruption, and pervasive orthodox customs.

Despite the slow and sluggish pace of the plot, Dahan manages to pack a punch by depicting some unusual and gruesome incidents. Some of the scenes are so well-directed that they will send shivers down your spine. Vikrant Pawar’s imaginary universe avoids the common conventions of horror films, such as jump scares every two minutes.

Instead, the creators have used various inventive methods to create a sense of dread in the audience. In essence, it defies every norm in the horror playbook while allowing a more genuine and organic narrative to grow.

Dahan is inconsistent and lags in between, breaking the connection at points, but it picks up the pace near the end of the series in the shape of a mind-bending crescendo. The suspenseful climax would have you on the edge of your seat, biting at your nails with fear and excitement.

The actors participating have delivered some outstanding performances. Tisca Chopra, who plays Avni, is strong and compelling, even when she is plainly disoriented and at a crossroads with her troubling history. One would have no reservations in associating with her as an on-screen IAS officer and adoring mother. To complement Tisca, Rohan Joshi (not to be confused with the stand-up comedian) who plays Amey succeeds in showing complex emotions such as inner turmoil, naivety, and presence of mind.

Rajesh Tailang’s performance was by far the most memorable, as he conveyed the Rajasthani dialect and the eccentricities of his mystery character with grace. The same can be said of seasoned actor Saurabh Shukla, whose screen presence will astound you.

Mukesh Tiwari, who made his OTT debut with Dahan, also gave a great performance as Bhairo Singh. The remainder of the cast, including Ankur Nayyar, Rahul Tewari, Lehar Khan, and Hima Singh, has brought their roles to life.

Dahan is nearly complete, with a stirring and intriguing storyline with impactful dialogues that alternate between Hindi and Rajasthani dialects. The creators should be commended for avoiding diluting the character of the local language by oversimplifying it for the viewers.

It injects realism into the writing while avoiding the easy road of expositions. Furthermore, Dahan’s art direction has to be among the best in recent memory.

Whether it’s the enigmatic chasms and mines of Shilashpura, the religious shrine of Shilasthal atop a towering hill, the cryptic tunnels, and ruins buried amid the contraptions of mystic town, or the huge expanse of uninhabited regions filled with endless mysteries, the measured use of various sets.

They all, without a doubt, contribute significantly to the larger narrative. A lot is riding on racy VFX, flawless prosthetics and makeup, eerie sound design and background score, and engrossing cinematography that’s been meticulously handled.

Overall, Dahan is a good watch and an honest attempt to explore more controversial issues for an Indian audience. Even with its shortcomings and loopholes, the horror without supernatural series can shock you to your core by the time the final episode’s end titles roll across your screen.

The elements of drama, mystery, tension and unexpected story twists are evenly balanced for the spectators to enjoy. Just that would necessitate some patience on one’s part.

Dahan is now available on Disney+Hotstar.