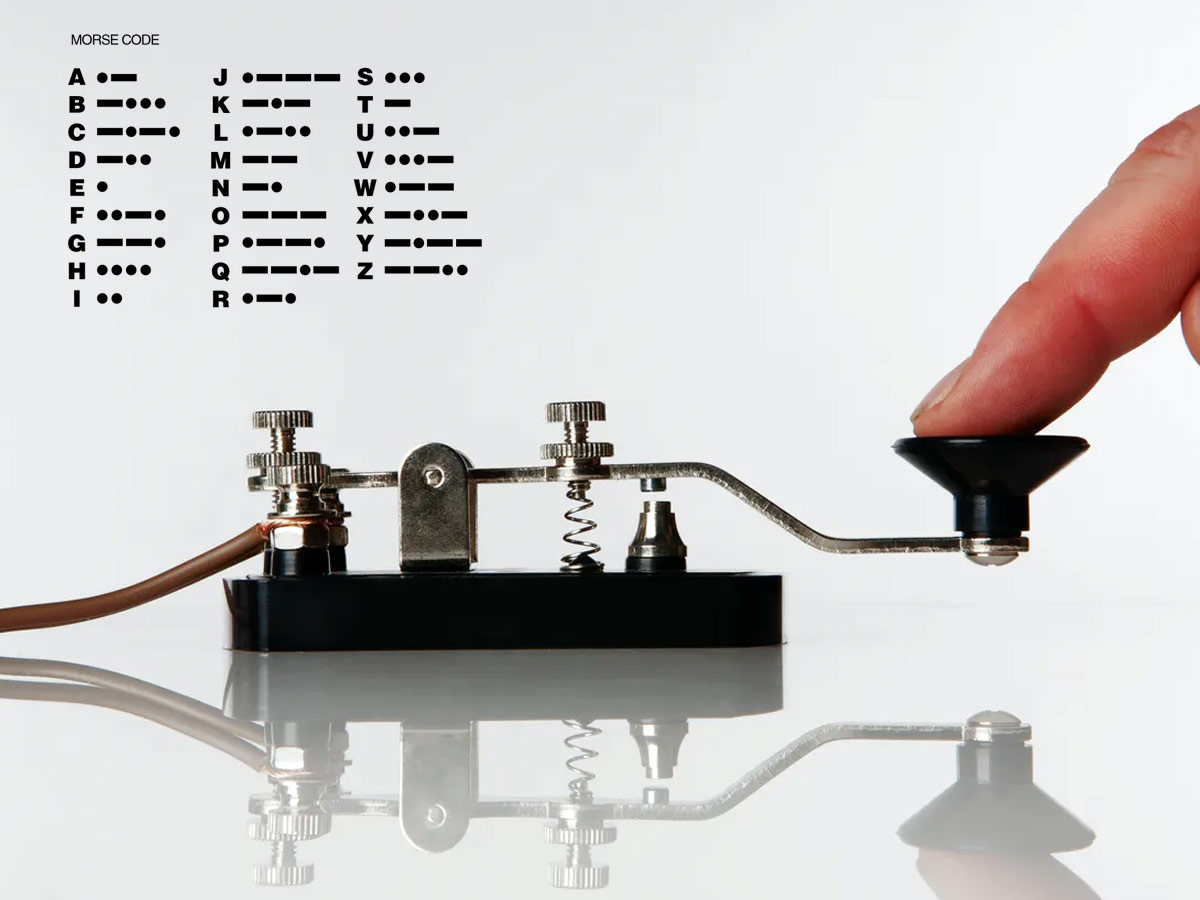 Morse Code is one of two techniques for expressing letters of the alphabet, digits, and punctuation marks with a series of dots, dashes, and spaces. The codes are communicated as variable-length electrical pulses or comparable mechanical or visual signals, such as flashing lights. During the 1830s, American artist and inventor Samuel F.B. Morse devised one technique for electrical telegraphy in the United States. This version was refined further by Morse’s assistant and collaborator, American scientist and industrialist Alfred Lewis Vail.

Soon after its debut in Europe, the original Morse Code did not transmit a large amount of non-English text since it lacked codes for letters with diacritic markings. To address this shortcoming, a meeting of European nations developed a variation known as the International Morse Code in 1851. Continental Morse Code is another name for this modern code. 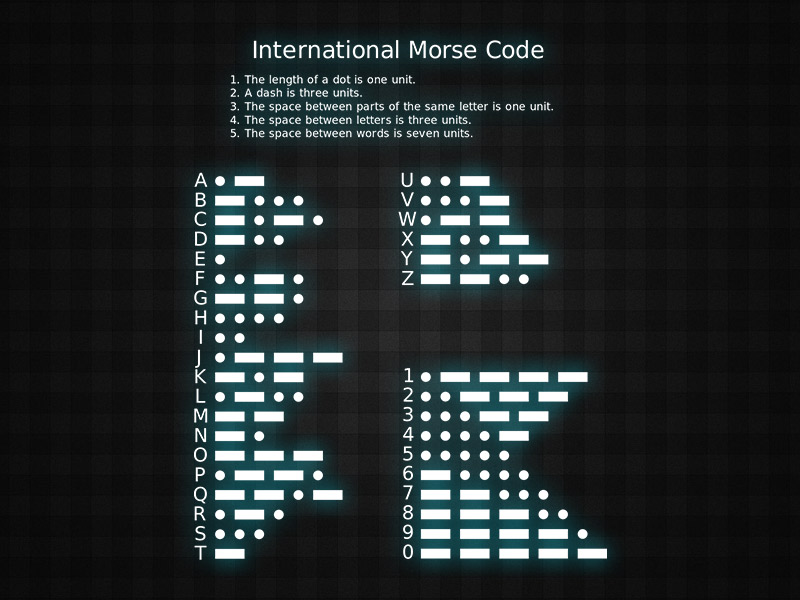 Except for minor revisions in 1938, the International Morse Code has remained unchanged since its beginnings. (Because the American telegraph business never abandoned the original Morse Code, it was used until teleprinters in the 1920s and 1930s.) International Morse Code was used during WWII, as well as the Korean and Vietnam Wars. It was widely employed by the shipping industry and for marine safety until the early 1990s. Although amateur radio only made up a minor portion of Morse Code usage, it qualified hundreds of operators for military communications duties.

Most nations have removed the ability to decode Morse Code from the qualifications for acquiring an amateur radio license by the early 2000s.

In communications, code refers to an unchanging rule for replacing a piece of information, such as a letter, word, or phrase, with an arbitrarily chosen counterpart. The phrase has frequently been misused and used as a synonym for cypher, which is a means of changing a message according to a formula in order to conceal its content. In the past, the blurring of the boundary between code and cypher was mostly insignificant; in fact, many historical cyphers would be better categorized as codes based on current standards.

What Motivated the Development of Morse Code?

Samuel F. B. Morse, together with Joseph Henry and Alfred Vail, devised an electrical telegraph system in 1836. Prior to the invention of telephones, messages could be sent over vast distances by utilizing electrical pulses to command a machine to create markings on a moving paper tape. To assist convert the markings on the paper tape into legible text messages, a code was required. The initial version of this code was created by Morse.

His version consisted solely of numbers. Vail quickly expanded it to include letters and a few special characters like punctuation marks.

Morse code allocated a unique sequence of short and long signals, termed “dots” and “dashes” to each number, letter, or special character. The brief dot signal is the basic time measurement in Morse code communication. Three dots are equal to a long dash signal. Each dot or dash is followed by a brief quite equal to one dot. If you’re wondering how they determined which combination of signals was given to each letter, they looked at how frequently each letter was used in the English language. The most frequently used letters received shorter sequences of dots and dashes. The most widely used letter in the English language,  — E —, is represented by a single dot.

As they tagged the moving paper tape, the first telegraph machines created a clicking noise. The paper tape was finally rendered obsolete. Telegraph operators quickly discovered that they could immediately transform the clicks into dots and dashes. Later, operators were instructed in Morse code by learning it as a spoken language rather than reading it off a paper. Although Morse first referred to code signals as dots and dashes, operators began vocalizing dots as “dits” and dashes as “dahs” to emulate the sound of Morse code receivers. Today, messages in Morse code may be sent in any method that dots and dashes can be transmitted.

Also Read, The Bushido: Code of the Samurai

Sounds and lights, as well as written dots and dashes, are examples of this. During World War II, Morse code was essential for communication. It was also used as an international standard for ship-to-ship communication until 1999, when it was superseded by the Global Maritime Distress and Safety System. The fresh approach takes use of technological improvements such as satellite communication.

Morse code is still widely used by amateur radio operators throughout the world today. It’s also widely used to send out emergency alerts. It may be transmitted in a variety of ways, including using improvised devices that can be readily turned on and off, such as torches.

The international Morse code distress signal (— — —) was originally used by the German government in 1905 and quickly became the standard distress signal across the world. The repetitive pattern of three dots followed by three dashes was simple and easy to recall. Because three dots make the letter S in Morse code and three dashes form the letter O, SOS became a shorthand way to recall the code sequence. Later, SOS became connected with expressions like “rescue our ship” and “save our souls.” These were only simple techniques to remember SOS. The letters themselves do not have any intrinsic significance.

How to Practice Morse Code 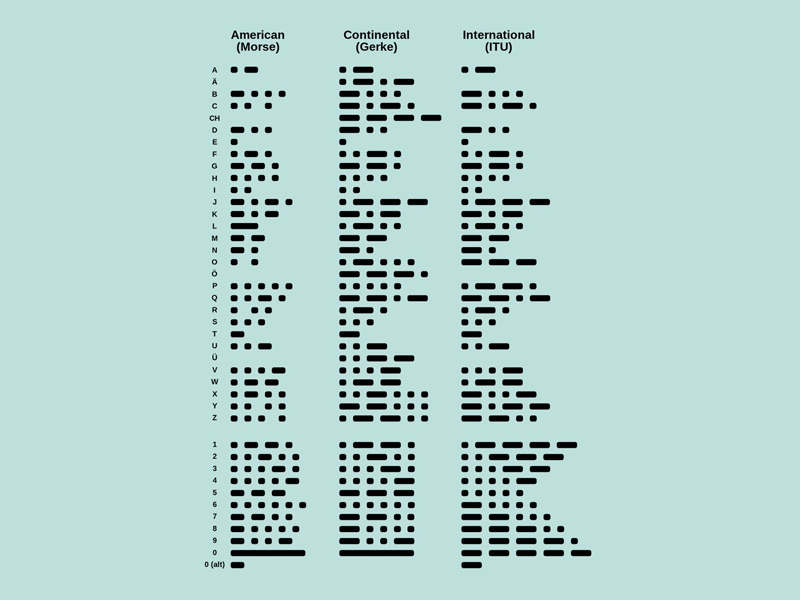 A newbie can practice Morse Code transmitting by using a simple gadget known as a ‘Code of Practice Oscillator’ (CPO). This is a simple electrical circuit that can generate a sinusoidal audio tone when a key (or switch) is manually turned on or off. It is not desirable to practice sending Morse code until the newbie has mastered receiving Morse code. You must rely on a ham radio operator who can send/generate Morse code using a CPO for receiving practice, or you may try to discover Morse Code broadcasts using your radio receiver. Nowadays, Morse code practice cassettes and multimedia computer applications are accessible.

Gaining confidence in transmitting does not automatically qualify you to be an adept receiver! In fact, even if you can send 12 words per minute (WPM), you might not receive a single letter in Morse code! Remembering Morse codes is an art. It entails a mental rhythmic reaction “Criar Loja” virtually. Try to recall the dot (.) And dash (-) combination by its sound rather than as a collection of written symbols. A dot (.) is referred to as a ‘di’ and a dash (-) is referred to as a ‘dah’ for this purpose. A ‘di’ at the end of a combination is pronounced ‘dit.’

Why is Morse code still used?

Although voice communication is now possible, Morse code is still in use. One key reason is that many radio amateurs still like Morse code. A ham radio operator that uses digital communication techniques in his ham radio operation (such as Packet Radio, Radio Tele Typing-RTTY criar loja virtual, or Amateur Tele-printing Over Radio-AMTOR) regards Morse code with the same fondness he does for those modern developments. A ham radio operator wearing headphones and holding the Morse Key may broadcast messages discreetly without waking, sleeping family members!

Another explanation is that short-wave radio telephone (voice) communications frequently experience quick and profound fading; two frequencies separated by only a few hurts fade at different periods. Modulated code tones are used to circumvent this. Under severe fading conditions, the carrier frequency may entirely fade out, while one or more criar loja virtual side bands may remain strong, resulting in a constantly readable signal. So of day or night, we may hear a band full of exotic sounding CW callsigns. Even though a band looks to be dead and we can hardly replicate phone signals, the band is still active with many CW signals.

What is the best way to learn Morse Code? 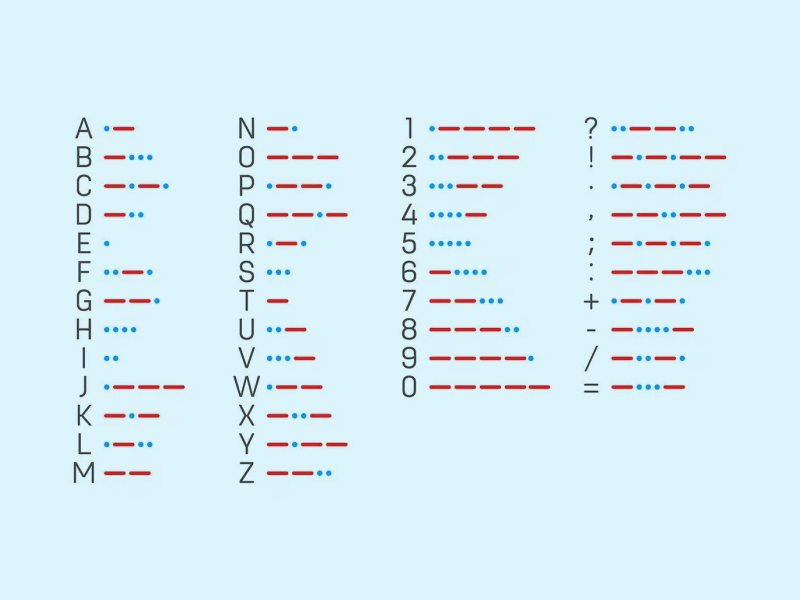 Many newbies want an exemption from the ‘boring’ Morse test for short-wave operating. This is sad since Morse code is the key to getting started in the world of amateur radio with minimum financial expenditure. A newbie may put together a criar loja virtual basic Morse code transmitter with less technical challenges than an SSB Voice transmitter. Morse code is simple to learn if we utilise certain ways to recall the codes. Learning Morse code is also a personal endeavour undertaken by oneself.

Almost all letters/characters and punctuation marks may be grouped in certain groupings that can show the similarity between/among the combinations of dots and dashes. In Morse code, for example, the letter ‘A’ (. _) is the inverse of the letter ‘N’ (.). Similarly, the letters A, U, V, and the character 4 may be formed into a group that follows a certain pattern.