Home Automobile These Bikes might break the Sound Barrier 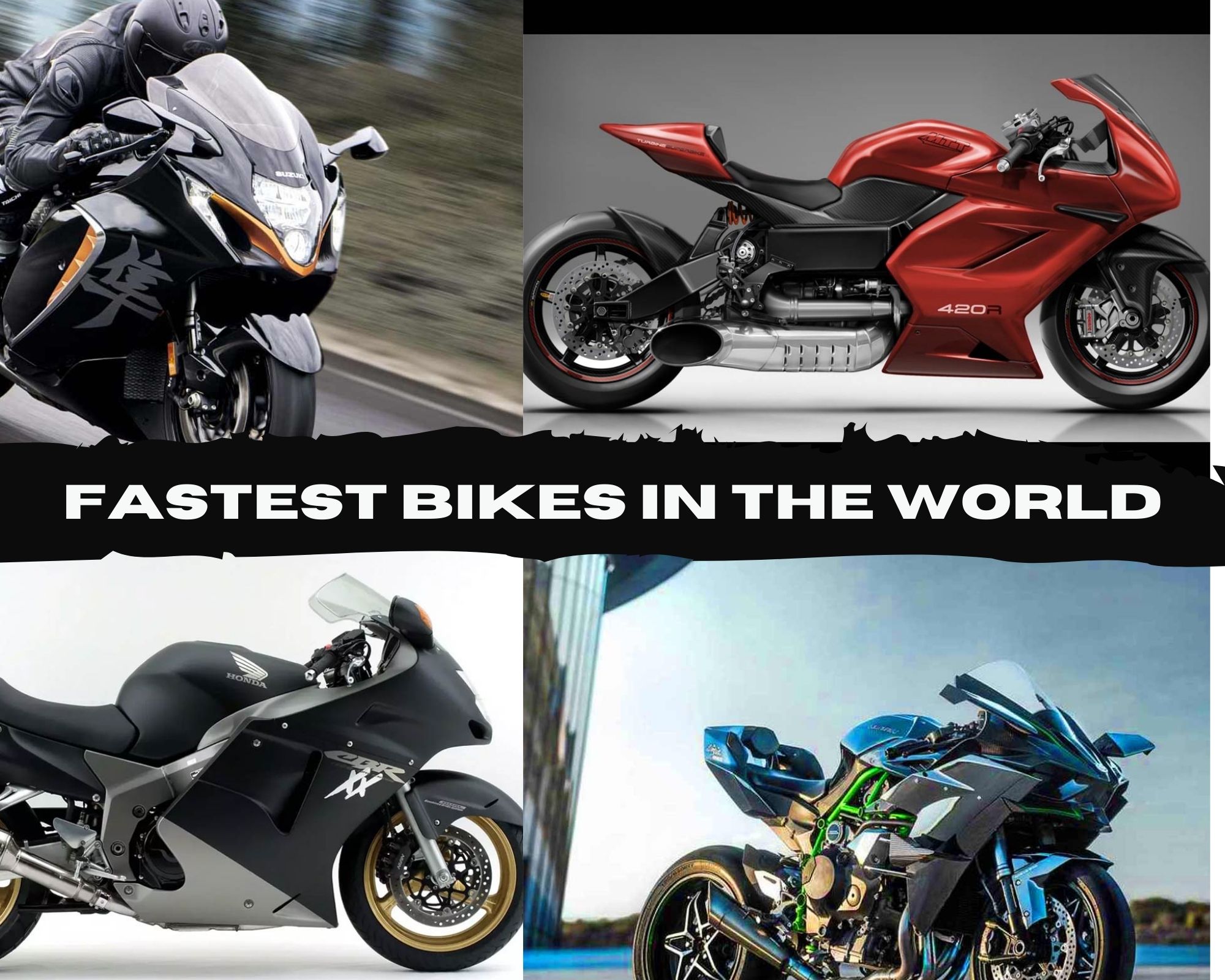 These bikes enhance the rider’s personality. They give us the impression that we can not rest. One of your fantasies could be to buy or ride a super-fast bike. Feel the rush of adrenaline when you’re riding a bike at high speed. Riding a superbike becomes more exciting and adventurous than driving a bike. They shout escape from the daily grind, offering you a way to get your dull commute started. The question is, which bike would you buy if you had enough money? The fastest bike? Is that correct?

Here is a list of the world’s top 7 fastest bikes. 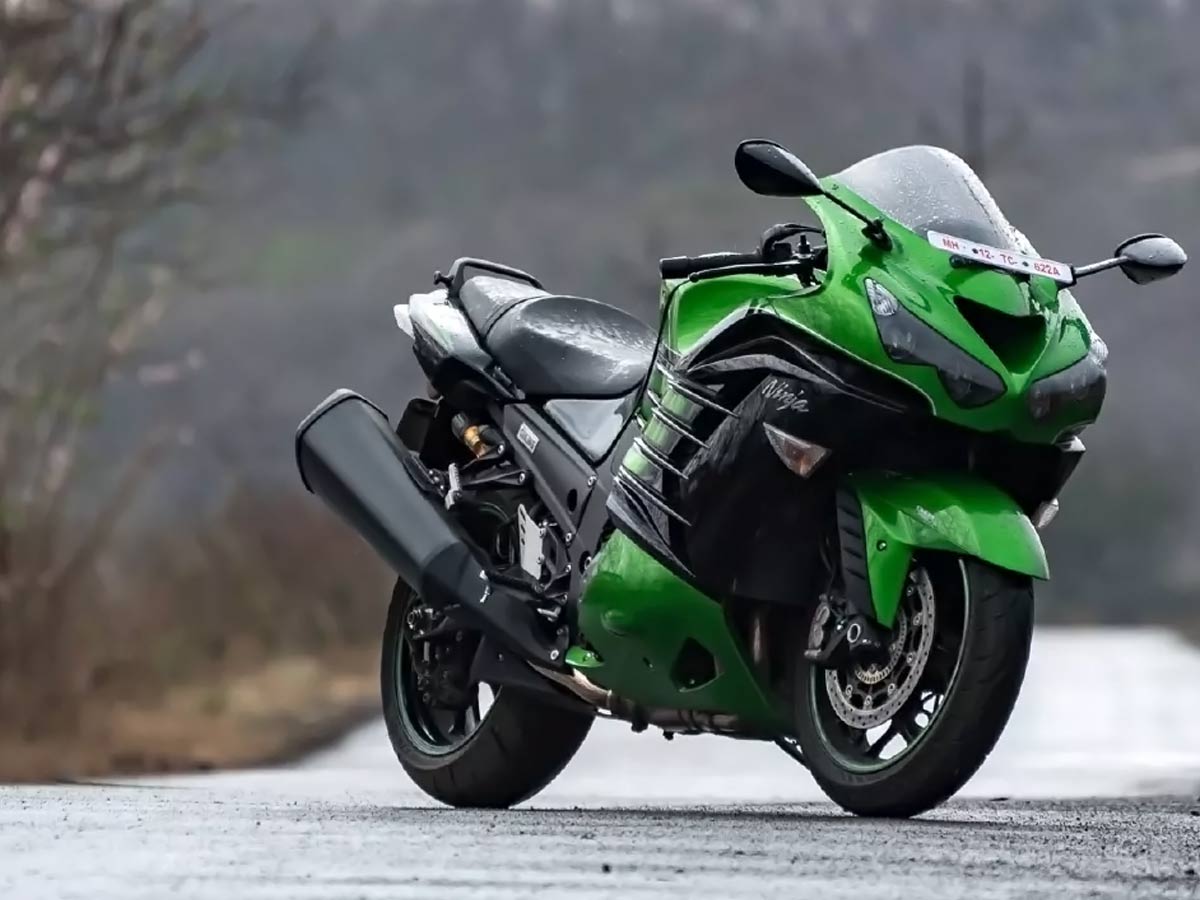 The fastest bike in the world is the Kawasaki Ninja ZX-14R, manufactured by the Japanese company Kawasaki. This supercar will accelerate from 0 to 100 km/h in just 2.7 seconds. This fast bike is well known for its supremacy at the drag strip, earning it the title of “King of the Quarter Mile.”

A massive 1,441cc engine, uncompromising elegance, and premium onboard electronics enable riders to ride the track or the backroads with sophisticated ease. To accommodate the huge engine, Kawasaki built a one-of-a-kind monocoque aluminum chassis. 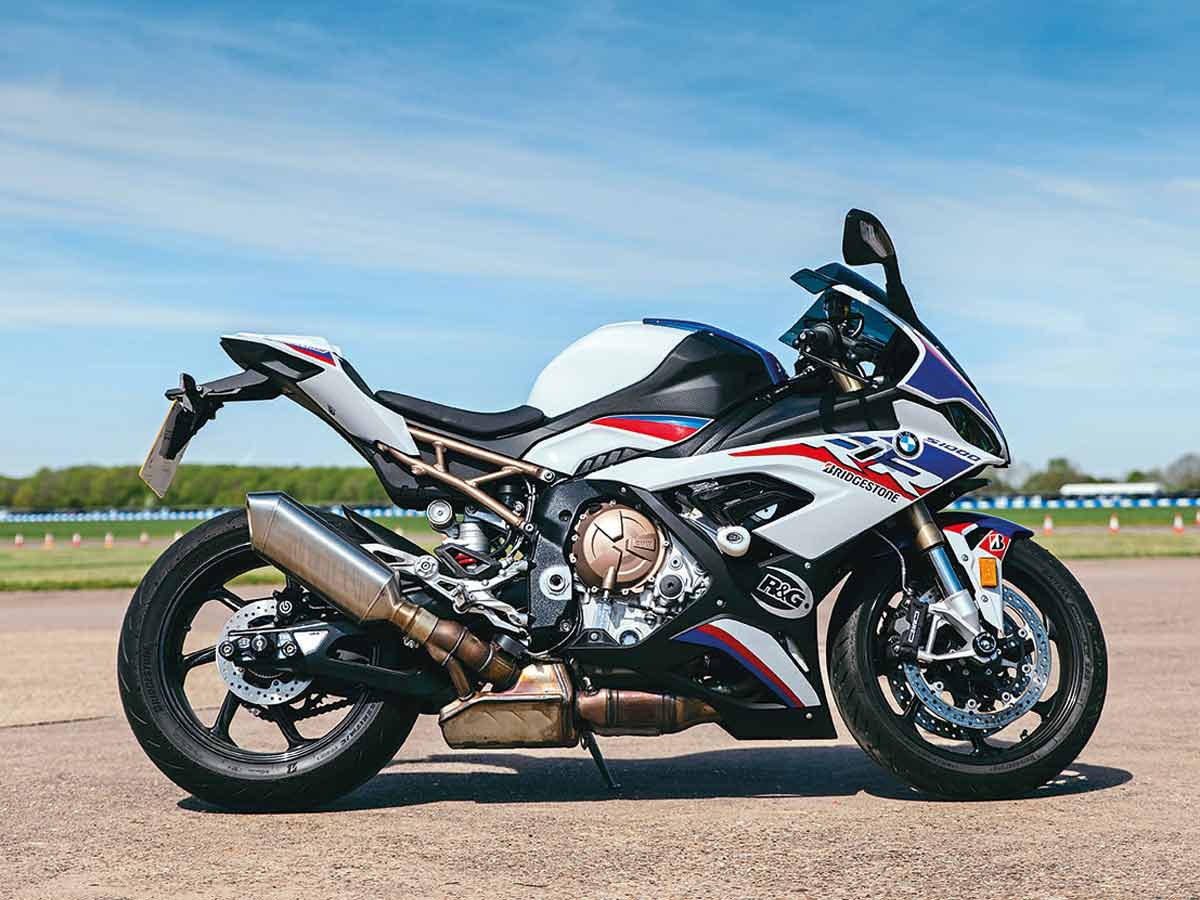 This sportbike was created by BMW Motorrad to race in the 2009 Superbike World Championship. This bike’s 999cc inline four-cylinder engine produces a staggering 207 horsepower. BMW engineered this bike with a light frame for speed. At 11,000 RPM, the BMW S1000RR will provide all of this power to the tires with 83 lb-ft of torque.

Its engine is paired with a 6-speed transmission and a bi-directional quick-shifter. ShiftCam Technology is included in the engine, which improves efficiency across the rev spectrum. The electronics kit of the recent 2019 BMW S1000RR has been revised by BMW. This fast bike features a six-axis IMU that powers the cornering ABS and Dynamic Traction Control. 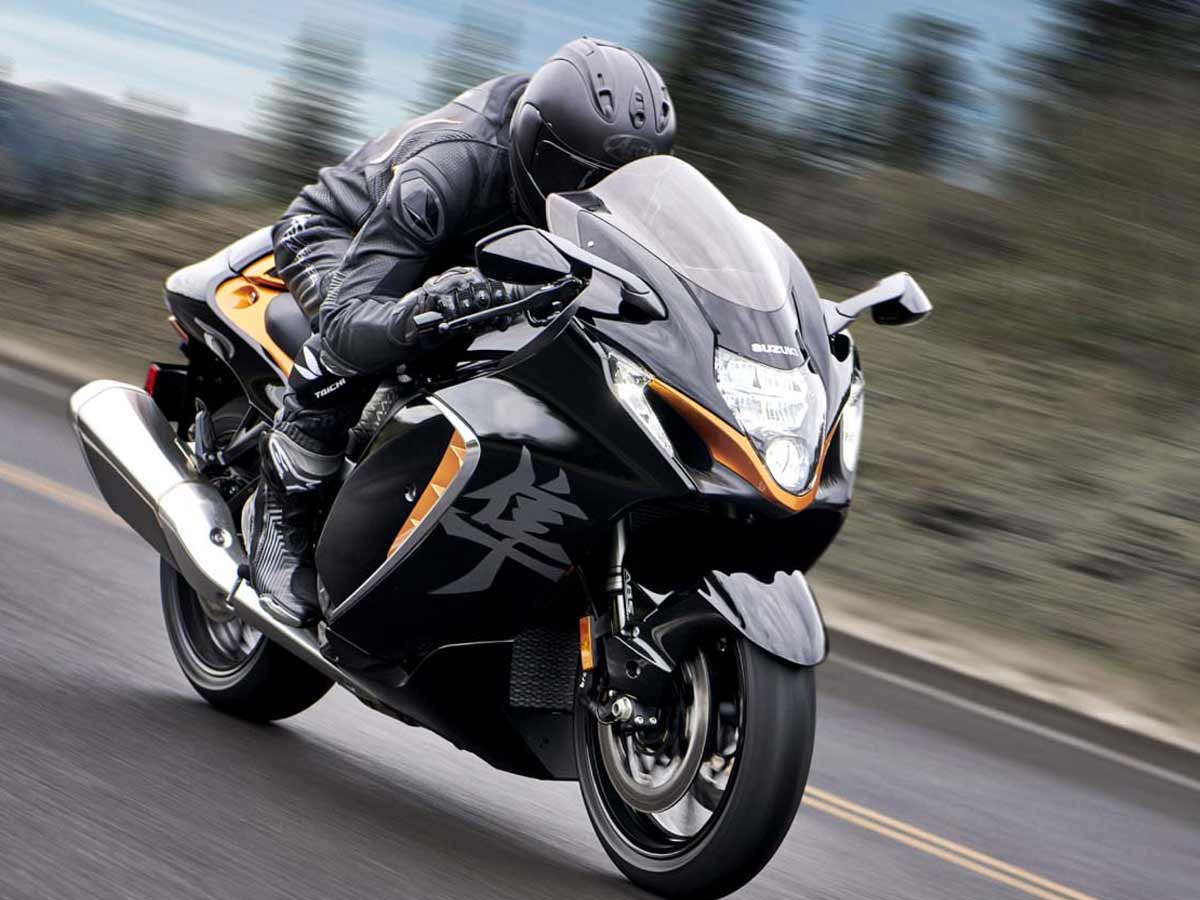 In 1999, Suzuki released the Suzuki Hayabusa. Suzuki’s fastest bike is the Hayabusa. Furthermore, this one of the fastest bikes is distinguished by its lightweight and rigid twin-spar aluminum chassis. Its exceptional handling provides riders with excellent power in tight corners, a comfortable ride on the highway, and reassuring composure in sweeping curves.

Also Read, These Two Wheelers might put Lamborghini to Shame When it comes to Price 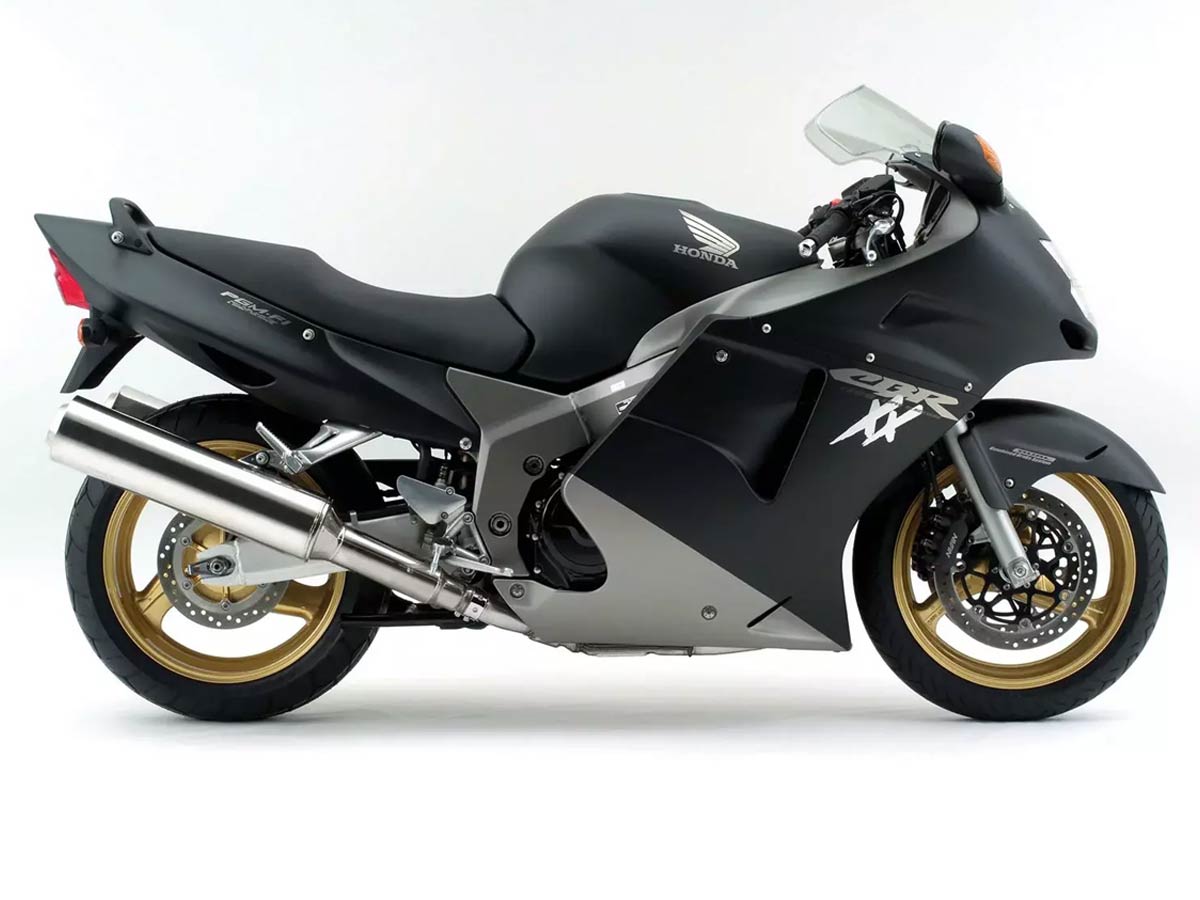 Honda CBR1100XX is the company’s fastest bike to date. Between 1996 and 2007, this series was created. In 1997, the Honda CBR1100XX beat the famed Kawasaki ZX-11 to become the fastest development bike. It is currently ranked fourth on the list of the world’s fastest bike.

In addition to being incredibly fast when needed, this one of the fastest bike assists riders in ticking every box in terms of handling, dependability, comfort, and even price. This superbike’s smoothness is enhanced by the dual counter balancer shaft. Its fuel consumption isn’t significant, but this tall, powerful, fast bike often transports two people plus luggage. 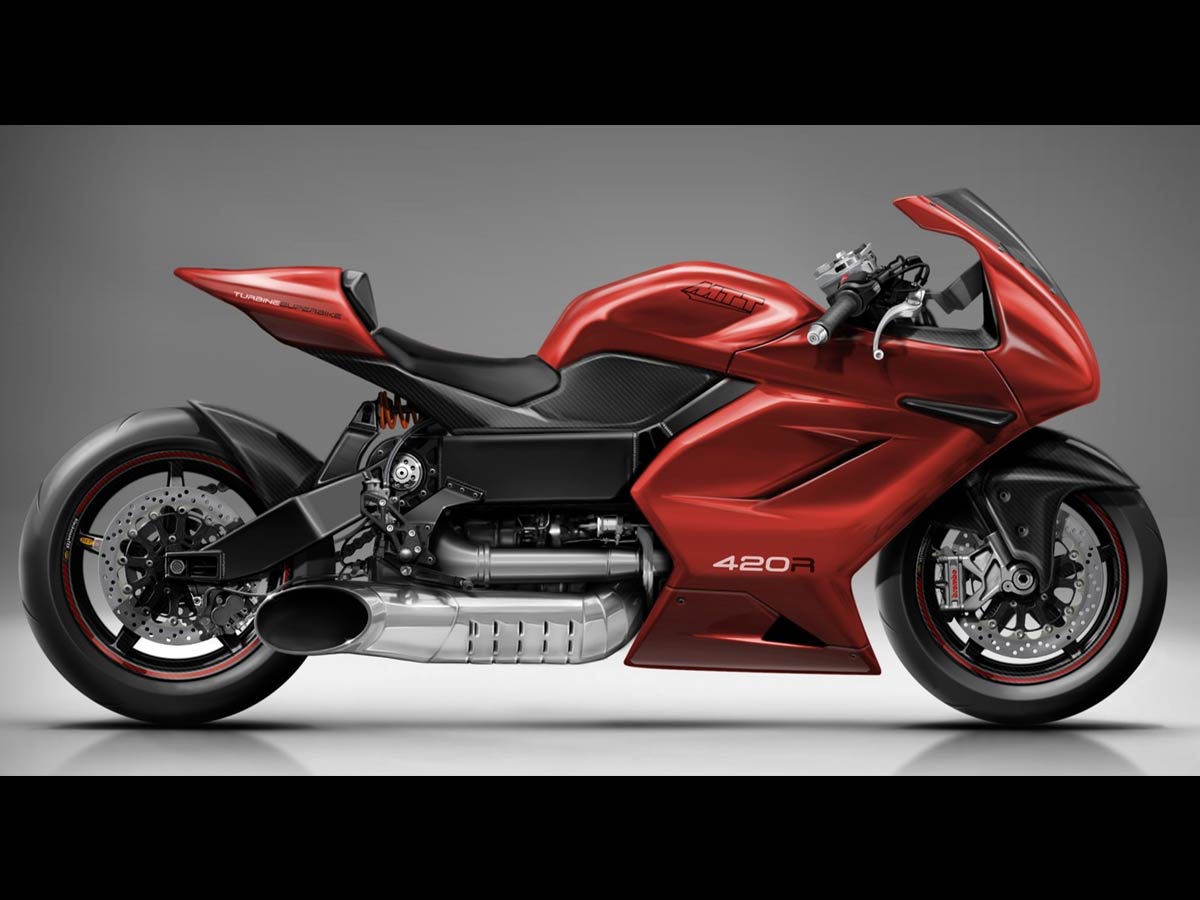 MTT Turbine Superbike is a non-production bike from Marine Turbine Technologies recognized by the Guinness Book of World Records as the “most expensive production bike.” This bike was engineered to remove heat energy from the exhaust and turn it into output power.

Turbine Superbike Y2K is a wheel-driven bike with a turboshaft engine produced between 2000 and 2005. As a result, riding a Y2K Superbike sounds like piloting a fighter jet. This bike has a carbon fiber seat fairing, a rear-mounted microphone, a fuel tank assembly, and a more powerful cooling system. Its engine is diesel-capable. 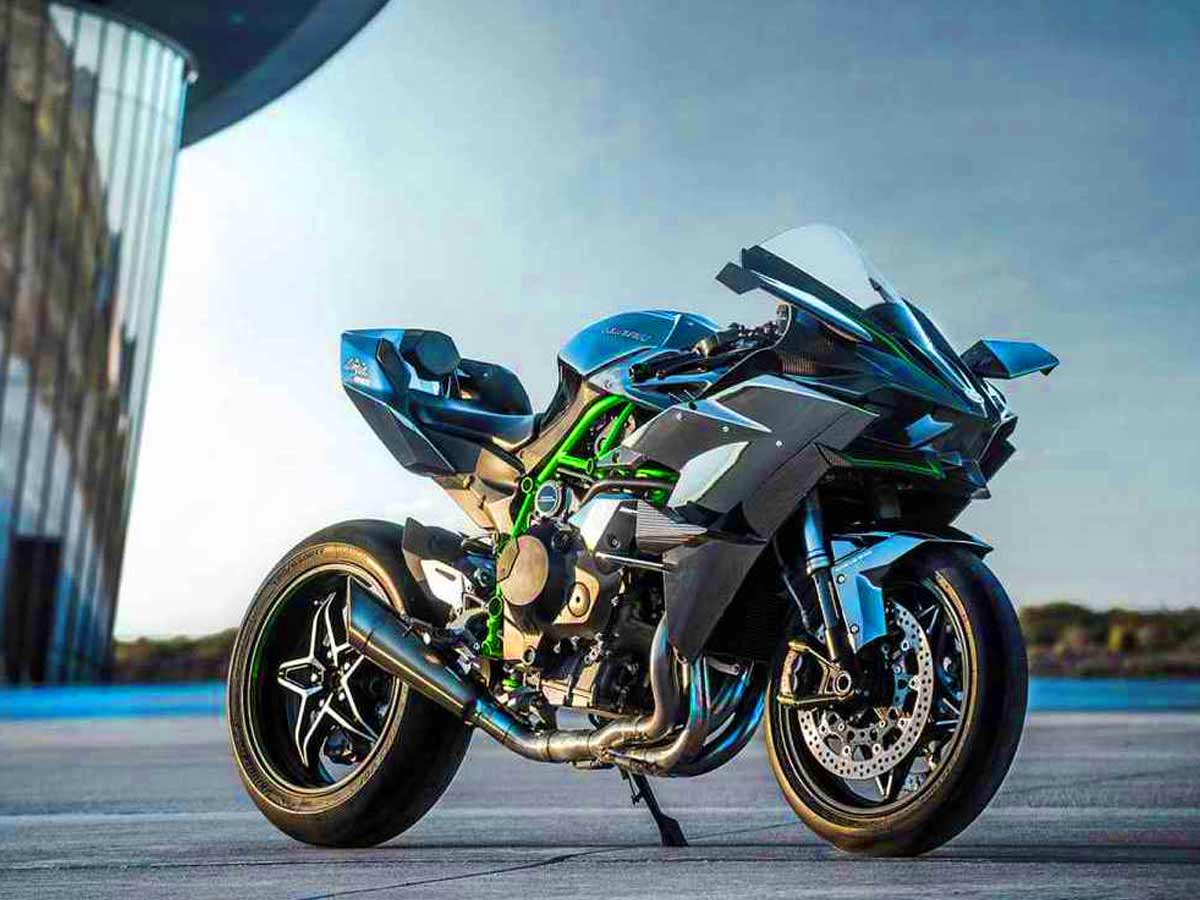 The extreme sport The Kawasaki Ninja H2R is the world’s fastest bike. It’s a track-only bike with incredible acceleration and a mind-boggling top speed. Furthermore, this bike was built by Kawasaki Heavy Industries. Again, for the first time on a Ninja H2R, Kawasaki employs a lightweight trellis frame, which increases the bike’s power and control. 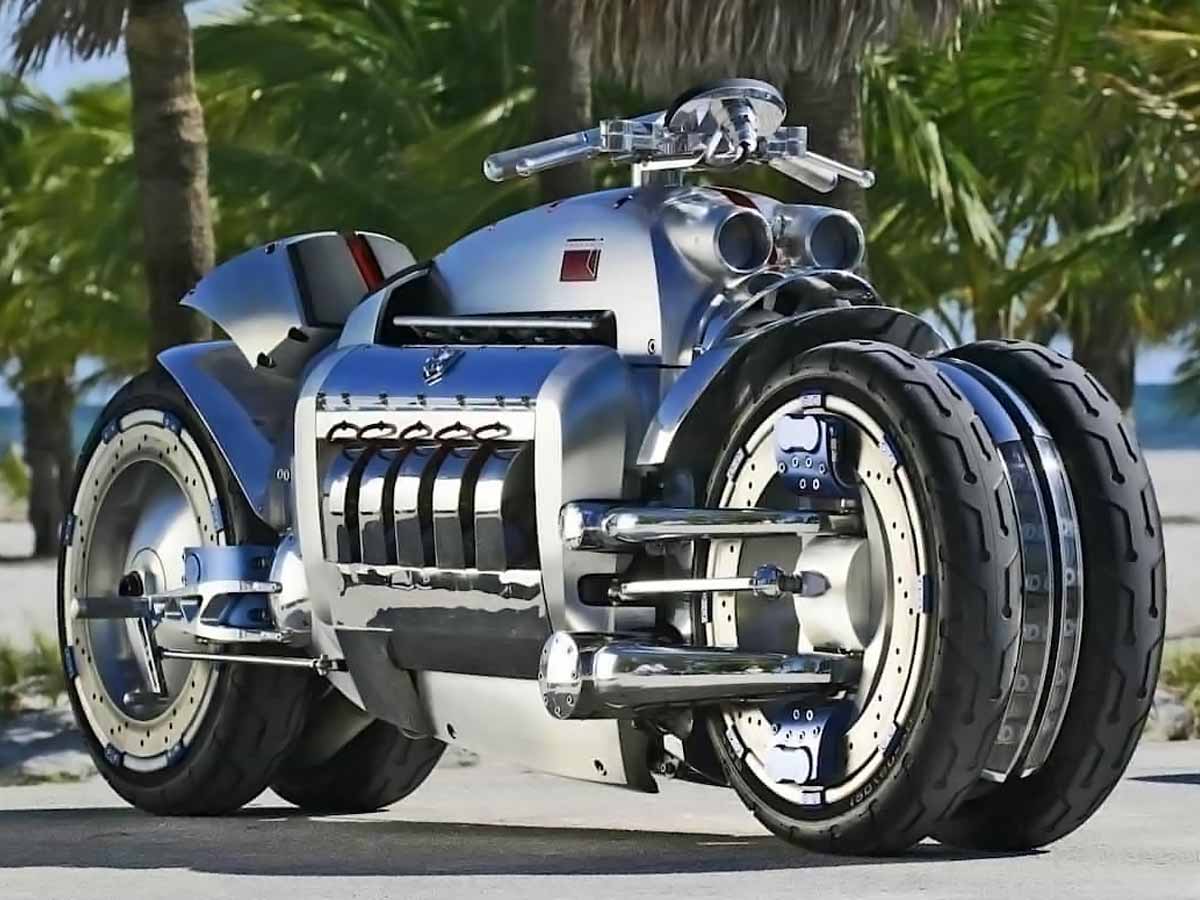 The Dodge Tomahawk is the fastest bike ever made, with a top speed of 420 mph. In 2003, Dodge introduced the first superbike. According to sources, Dodge has only sold 9 of these bikes so far.

The Dodge Tomahawk, unlike most superbikes, has four wheels – two front and two back. Surprisingly, Tomahawk could go from 0 to 60 miles in 1.5 seconds. Around the same time, this non–street-legal model vehicle has the same number of tires as a car while retaining the bike shape factor.

Before we get into ranking the sportbikes, it’s worth noting that, like supercars, the bikes are constantly swapping spots for top speed and acceleration.