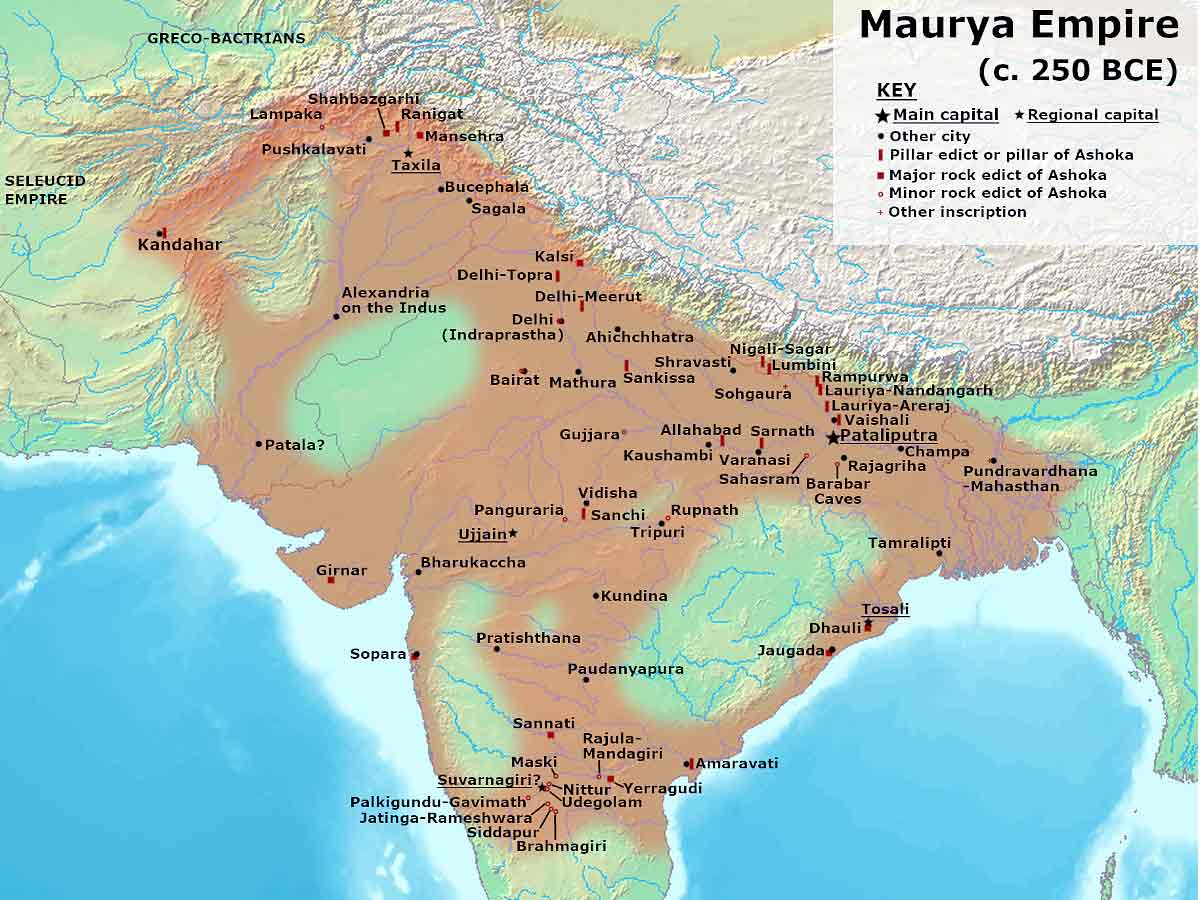 The Mauryan Empire was a geographically extensive Iron Age historical power in South Asia based in Magadha, founded by Chandragupta Maurya in 322 BCE and lasting until 185 BCE in a loose-knit fashion. The conquest of the Indo-Gangetic Plain centralized the Mauryan Empire, and Pataliputra served as its capital city (modern Patna). Outside of the imperial center, the empire’s geographical extent was determined by the loyalty of military commanders who ruled the armed cities that dot it. 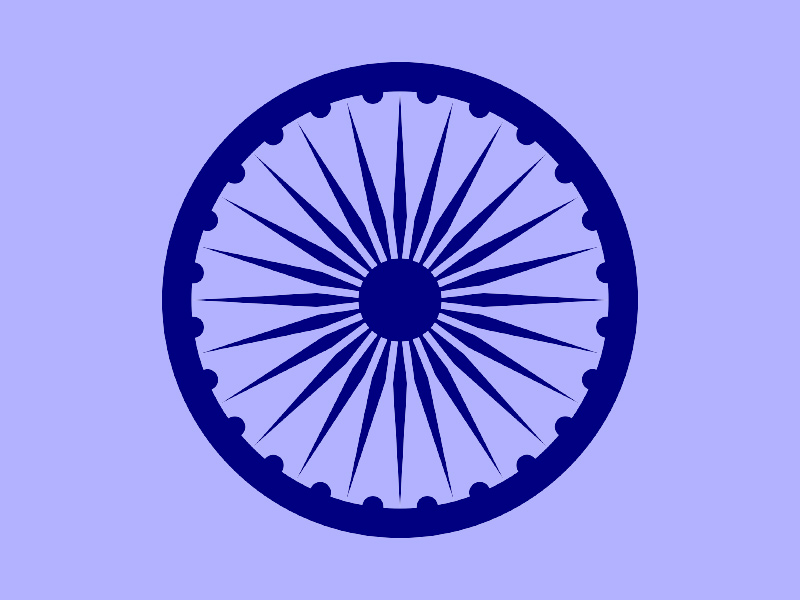 Except for the deep south, the empire briefly controlled the major urban hubs and arteries of the Indian subcontinent during Ashoka’s reign (ca. 268–232 BCE). After Ashoka’s reign, it declined for about 50 years before dissolving in 185 BCE with the assassination of Brihadratha by Pushyamitra Shunga and the establishment of the Shunga dynasty in Magadha.

In around 322 BCE, Chandragupta Maurya raised an army with the help of Chanakya, author of Arthasastra, and overthrew the Nanda Empire. By conquering the satraps left by Alexander the Great, Chandragupta quickly expanded his power westward across central and western India, and by 317 BCE, the empire had fully occupied northwestern India.

The Mauryan Empire defeated Seleucus I, a diadochus and the founder of the Seleucid Empire, during the Seleucid–Mauryan war, gaining territory west of the Indus River.

Internal and external trade, agriculture, and economic activities thrived and expanded across South Asia under the Mauryas, thanks to the establishment of a unified and efficient system of finance, administration, and security.  Following the Kalinga War, the Empire was ruled by Ashoka for nearly a half-century. Because of Ashoka’s embrace of Buddhism and sponsorship of Buddhist missionaries.

South Asia’s population during the Mauryan period was estimated to be between 15 and 30 million people. The empire’s reign was marked by exceptional creativity in art, architecture, inscriptions, and produced texts, but also by the consolidation of caste in the Gangetic plain and the decline of women’s rights in India’s mainstream Indo-Aryan speaking regions.

The Mauryan period in South Asia corresponds to the Northern Black Polished Ware era archaeologically (NBPW). The Arthashastra and the Edicts of Ashoka are the primary sources of written records from Mauryan times. The national emblem of the Republic of India is the Lion Capital of Ashoka at Sarnath.

Chandragupta belonged to the Shakyas’ “Moriya” clan, which also included Gautama Buddha, according to Buddhist texts. Chandragupta was the son of a royal superintendent of peacocks, according to Jain texts (mayura-poshaka)

The name “Maurya” does not appear in Ashoka’s inscriptions or contemporary Greek accounts like Megasthenes’ Indica, but it is mentioned in the following sources:

The names Chandragupta and Ashoka are prefixed with “Maurya” in Rudradaman’s Junagadh rock inscription (circa 150 CE).

The Puranas use the dynastic appellation Maurya. Tamil Sangam literature also designates them as ‘moriyar’ and mentions them after the Nandas \sKuntala inscription (from the town of Bandanikke, North Mysore ) of the 12th century AD chronologically mention Mauryya as one of the dynasties which ruled the region.

The Maurya Empire’s ancestors, according to Buddhist tradition, settled in a region where peacocks (mora in Pali) were plentiful. As a result, they were dubbed “Moriyas,” which means “from the land of peacocks.” Some scholars interpret Kharavela’s Hathigumpha inscription (2nd-1st century BC) as referring to the Maurya Empire’s era as Muriya Kala (Mauryan era),[38] but this interpretation is disputed: other scholars, including epigraphist D. C. Sircar, read the phrase as mukhiya-kala (“the principal art”). 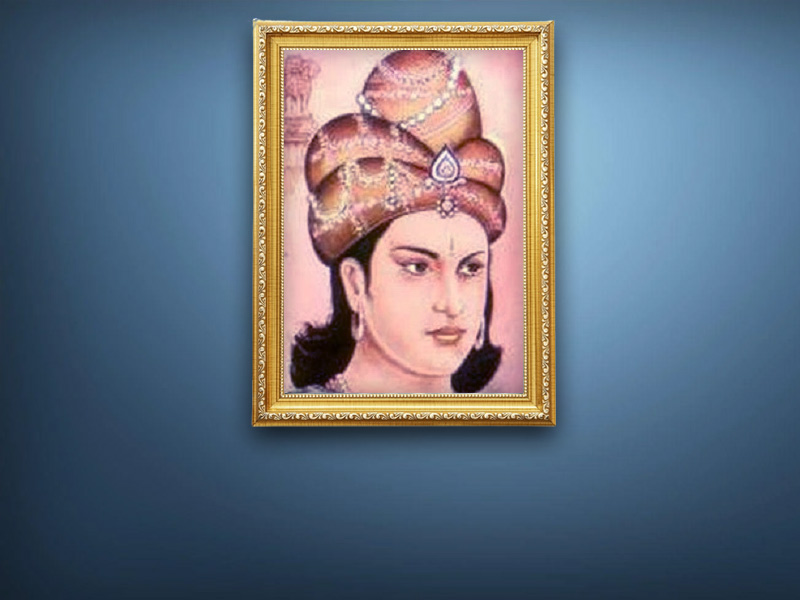 According to another Buddhist account, these ancestors built a city called Moriya-nagara (“Moriya-city”), so named because it was constructed with “bricks colored like peacocks’ necks.”

Peacock sculptures can be found on the Ashoka pillar at Nandangarh, as well as several sculptures on the Great Stupa of Sanchi. Modern scholars believe the peacock was the dynasty’s emblem based on this evidence. Archaeological evidence appears to support the dynasty’s connection to peacocks, as mentioned in Buddhist and Jain traditions.

Some later authors, such as Dhundiraja (a Mudrarakshasa commentator and annotator of the Vishnu Purana), claim that the word “Maurya” is derived from Mura, the mother of the first Maurya king. However, the Puranas make no mention of Mura and make no mention of any relationship between the Nanda and Maurya dynasty Dhundiraja appears to have invented the word: according to Sanskrit rules, the derivative of the feminine name Mura (IAST: Mur) would be “Maureya”; the term “Maurya” can only be derived from the masculine “Mura.”

The succession of weak kings after Ashoka Maurya, the division of the empire into two, the growing independence of some areas within the empire, such as that ruled by Sophagasenus, a top-heavy administration where authority was entirely in the hands of a few persons, an absence of any national consciousness, the sheer scale of the empire making it unwieldy, and invasion by the Greco-Bactrian Empire have all been advanced as reasons for the decline.