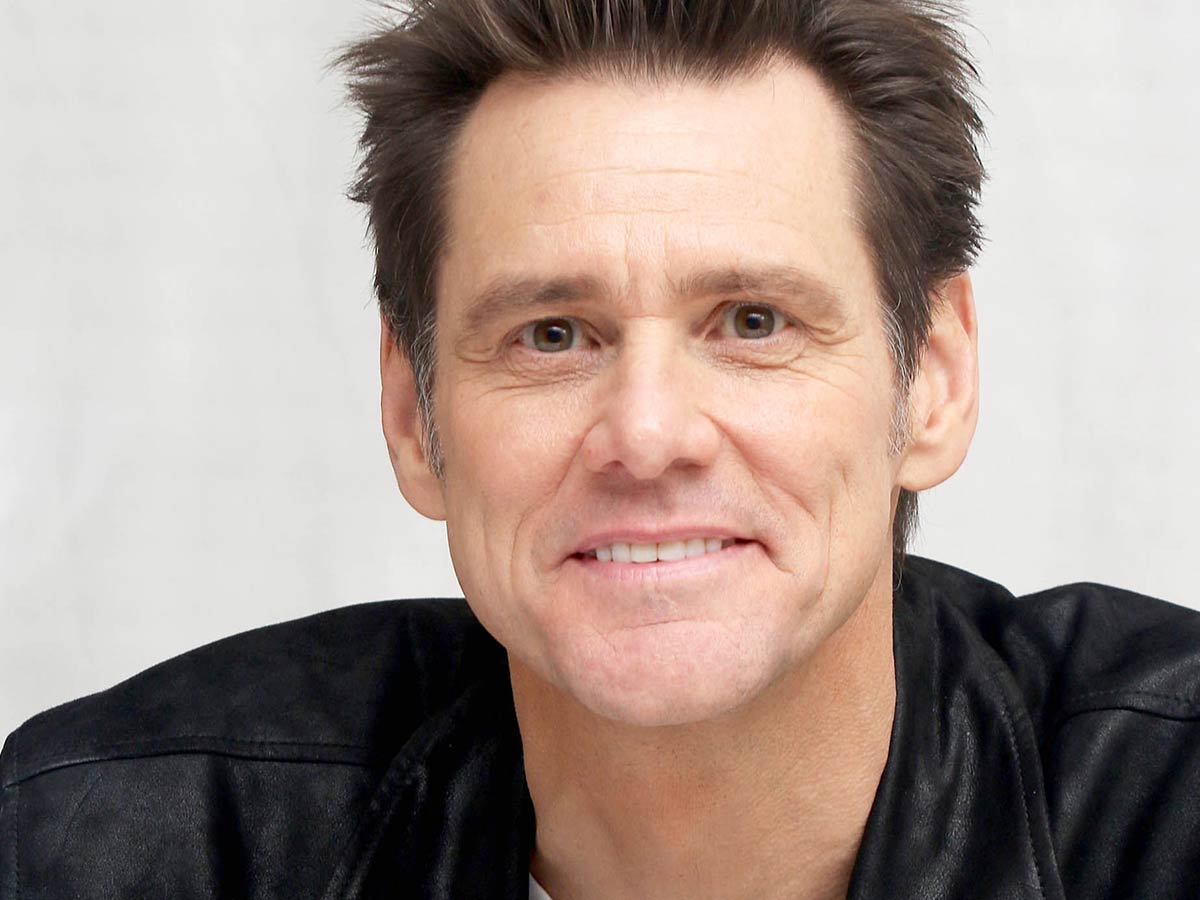 Jim Carrey is a Canadian-American actor who is gifted with several talents and skills that include writing, production, and comedy. Known for his energetic performances, Carrey has been a known face in the international film industry since the ’90s. The 59-year-old actor started his career as a stand-up comedian, with his first stage performance coming at 15. He tried to enter sketch comedy after a few successful stage performances. Still, he encountered failure in the early days of his career. Carrey got the fame that he enjoys today only after he made it big in Hollywood. Carrey’s debut lead role in Hollywood came in 1985 for Once Bitten.

By then, Carrey had become a known face in the comedy circuit. While the early days as a comedian were not great for Carrey, he was able to set his foot on the ground and went on to become a Hollywood star. After starring in Playing the Riddler in Batman Forever, Carrey’s life changed forever. He started playing the hero but has now transformed into a round actor who plays different types of characters.

We’ll discuss some of the best Jim Carrey movies that received a good response from the critics.

The 1985 teen horror adult comedy film starred Carrey and Lauren Hutton, and Karen Kopin in pivotal roles. This was Carrey’s first film in the lead role. He played Mark Kendall, an innocent high school student. The latter is seduced in a Hollywood nightclub by a sultry blonde countess (Hutton). The blonde countess is actually a centuries-old vampire. The movie grossed $10 million in the US and Canada.

Fun With Dick and Jane: 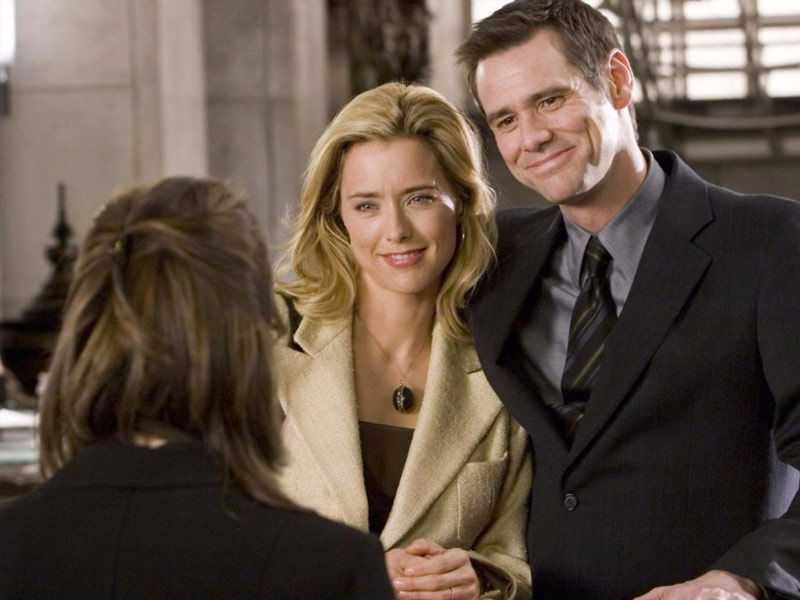 The 2005 comedy film by Dean Parisot is actually a remake of the 1977 movie of the same name. Featuring Carrey and Tea Leoni in lead roles, the movie narrates the story of a married, middle-class couple who encounter a crisis when the employer of the husband, Dick Harper (Carrey), goes bankrupt. To survive, Dick and his wife Jane resort to robbery. The movie is full of comedy scenes and hilarious dialogues that will make you laugh constantly. It went on to earn $202 million globally. 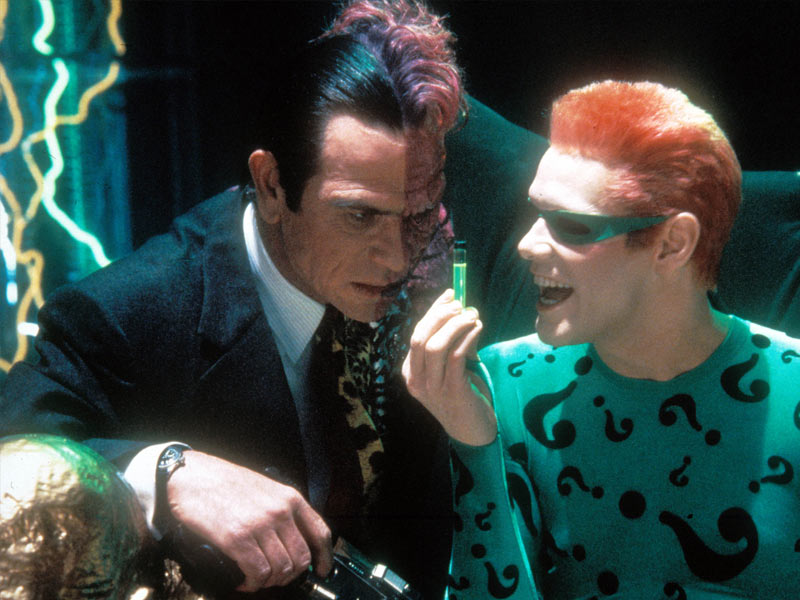 Carrey has also appeared in the 1995 superhero film by Joel Schumacher for all the DC lovers out there. As the name suggests, the movie is based on Batman. It is the third installment of the initial Batman series Warner Bros. It is the sequel to Batman Returns (1992). The movie showcases Batman as he tries to stop Two-Face and Riddler, who is hell bent on bringing Gotham city under their control by getting to know about Batman after extracting confidential information about the city.

The Majestic is a historical romance drama by Frank Darabont that features the lead role as Peter Appleton. The film showcases the story of a 1951 Hollywood screenwriter suspected of being a communist. This was a challenging yet relieving role for Carrey, as he has only done comedy roles till now. The movie also features Bob Balaban, Brent Briscoe, Jeffrey DeMunn, Amanda Detmer, Allen Garfield, and others. The film failed to get the success the makers expected as it earned just $37 million worldwide against a budget of $72 million. 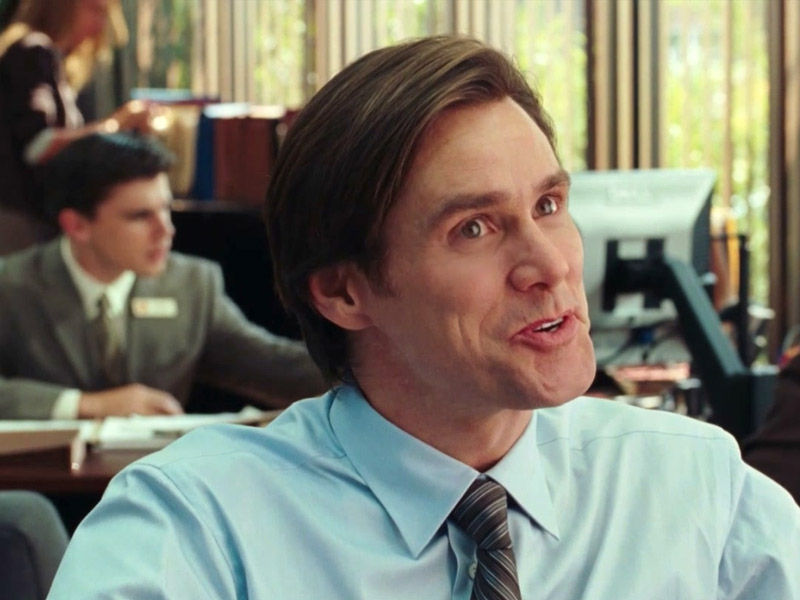 Yes Man is a 2008 comedy film by Peyton Reed that stars Jim Carrer and Zooey Deschanel in the main roles. The movie is an adaptation of the 2005 memoir of the same name by Danny Wallace. Carrey played Carl, a bank loan officer. Carl is fed up with his irritating behavior, and it has started to affect his sleep cycle. He attends a self-help seminar to discover the knowledge of yes and keep the negativity at bay. 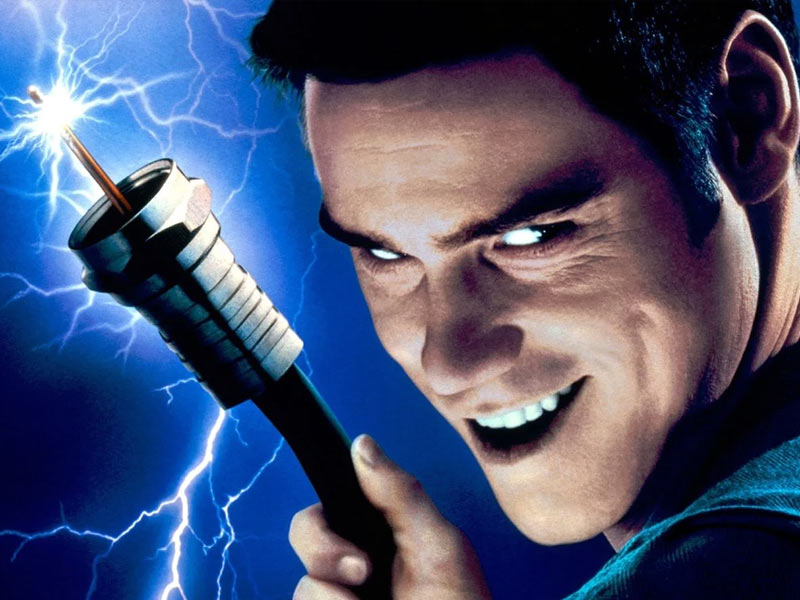 In the film, Carrey played the title character- Cable Guy, AKA Ernie “Chip” Douglas. The black comedy film featuring Carrey and Matthew Broderick in lead roles came out in 1996. Carrey is an eccentric cable man who becomes too interested in a customer’s life- Steven Kovacs(Broderick). Chip tries to earn Steven’s friendship by offering him free premium channels. He soon evolves into a serious stalker from a cable man. Steven senses the change in the behavior of Chip. The film collected $102.8 million worldwide.

Also Read, The Fusion of Versatility and Comedy with Adam Sandler 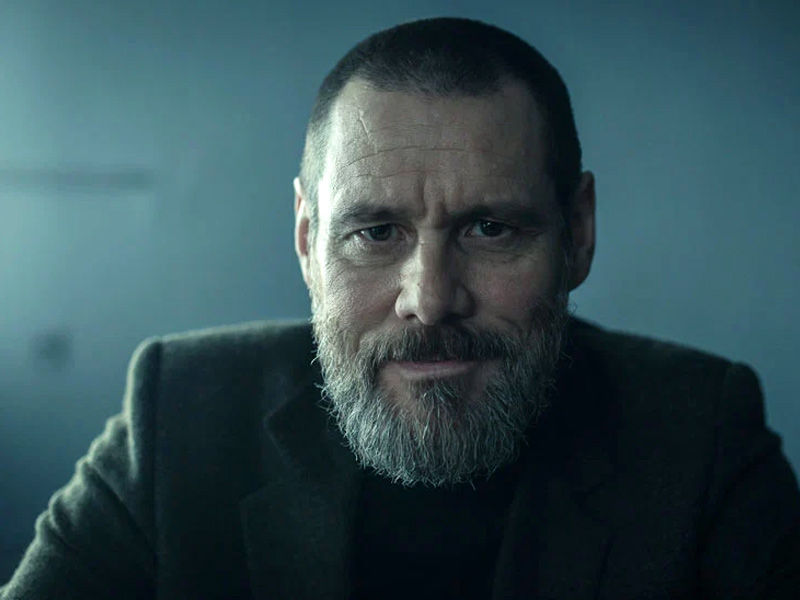 Dark Crimes is a very engaging crime drama film by Alexandros Avranas that is based on David Grann’s article “True Crime: A Postmodern Murder Mystery,” which revolved around the convicted murderer Krystian Bala. Carrey has played Tadek, a detective who takes on a case involving the murder of a businessman. Tadek is shocked when he finds ridiculous similarities between the case he has taken up and the murder of a character in a recently published novel by a man named Kozlov. As the story progresses, Tadek gets to know about a dark secret.