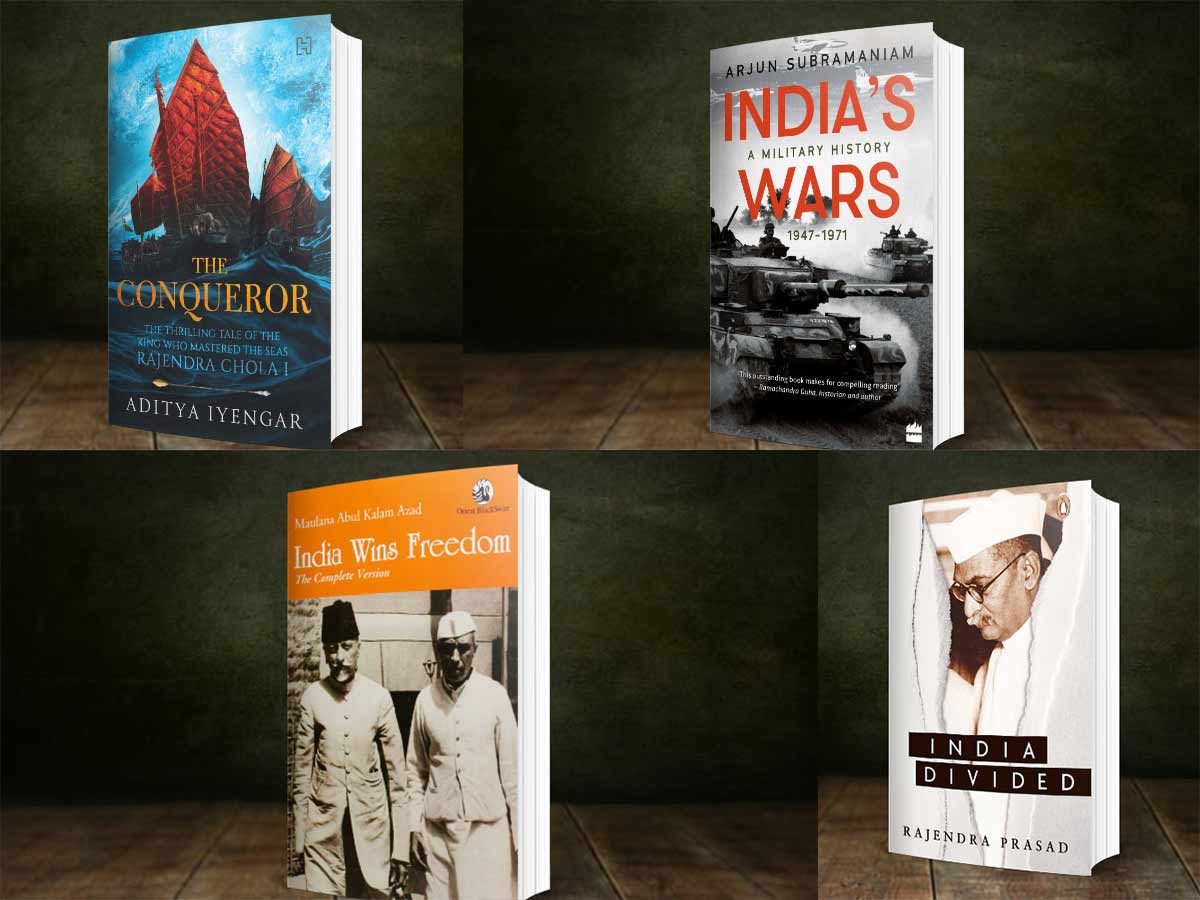 Robert Heinlein once said, “A generation which ignores history has no past and no future.”

History has a huge role to play in the development of a country. History is not mere fiction but the past events that impact the future of an individual or a country in a good way or bad way. When we talk of India’s history, there are many aspects to it. Indian history can be categorized into different fragments that include political history, religious history, geographical history, and economic history. While India is considered one of the oldest civilizations globally, some historians claim that calling it ‘one of the oldest civilizations based on a limited exploration of the Indus valley civilization and Harappa civilization is not enough.

Historians cite Rig Veda, the oldest existing piece of literature on the planet. Rig Veda mentions the Bharat that is older than the timeline given by historians. This has led to a feeling of mistrust towards historians who are often referred to as ‘Distortions.’ Therefore, you can’t understand India’s history just by referring to one book or literature.

We did some research to get a list of some great books on Indian History to give an insight into the lives and struggles. 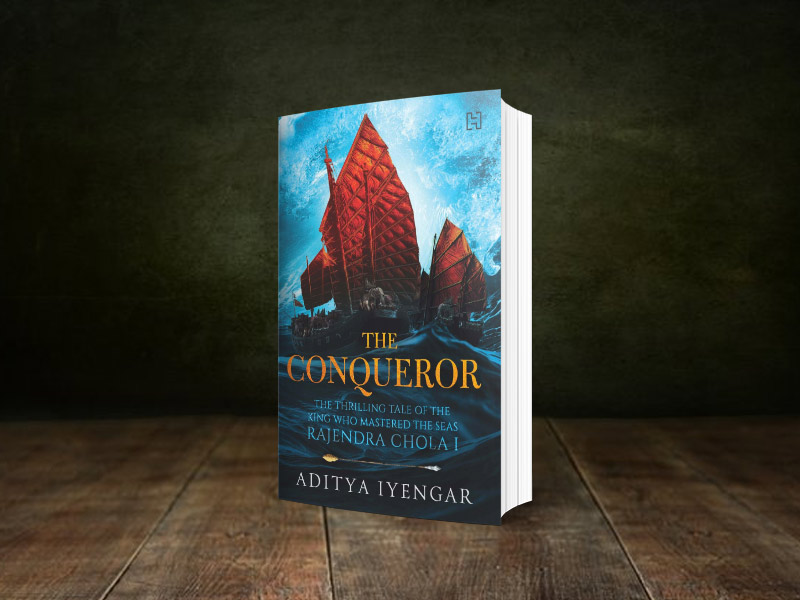 For a country obsessed with the Aryan invasion theory, Aditya Iyengar has done the remarkable task of representing the vastness of Indian glory. A country where Mughal invaders are presented as invincible emperors, Iyengar has articulated the glory of the Chola empire, with his book centered on Rajendra Chola I, one of the greatest emperors in Indian history.

The writer has narrated the might of Rajendra Chola I, who, in 1025 AD, spearheaded the expansion of the first-ever naval force in Indian history. The control of the Cholas extended to much of Southeast Asia, with countries like Malaysia, Indonesia, and Sri Lanka being under their control. This one is a must-read. 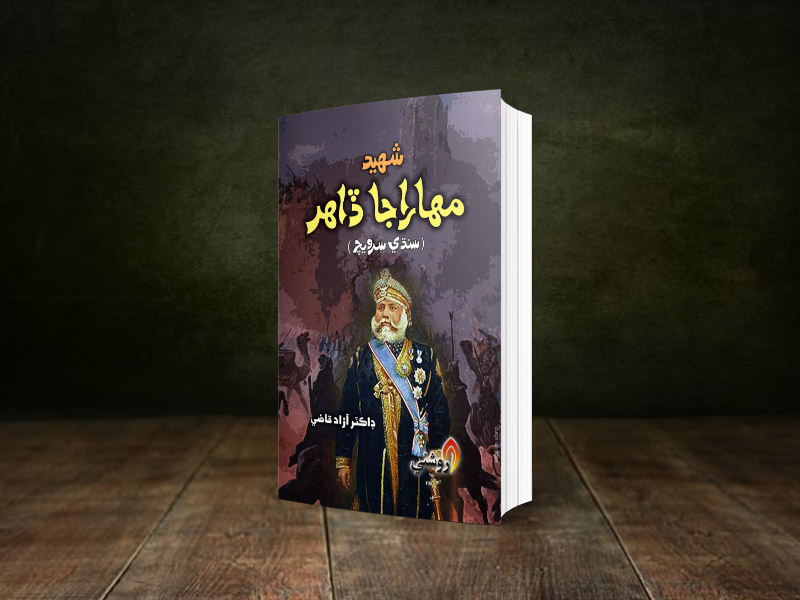 For those who are not aware of Raja Dahir’s name, he was the last king of the Sindh province. This ailing territory now falls under Pakistan’s control. Hailes as peoples’ man, Raja Dahir is regarded as one of the greatest emperors of northern India. (pre-independence). Compile by Nisa Sindhi, the book is a collection of different articles by different Sindhi writers who have articulated the history of Sindh, the rule of Raja Dahir, and the eventual invasion by Muhammad bin Qasim that led to brutal torture of the minority communities, especially the Hindu and Sindhi community there. 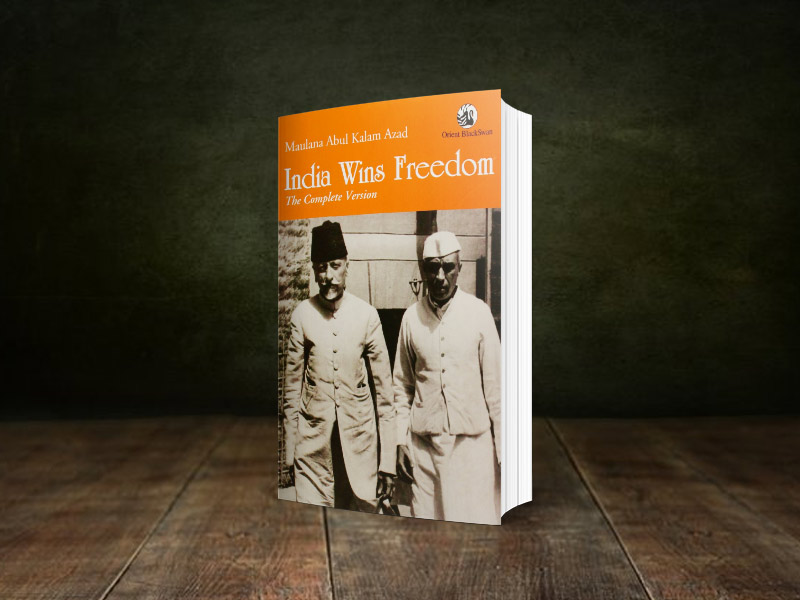 Written by India’s first education minister Maulana Abul Kalam, India wins Freedom gives the reader an insight into the story of the partition of India and the creation of an Islamic nation called Pakistan. The author has included his own experiences concerning the incident. Maulana Abul Kalam has highlighted how appeasement politics and religion played a role in the partition. He has also mentioned how he remained a spectator to some events that he could have intervened in, almost criticizing himself in the last few pages. 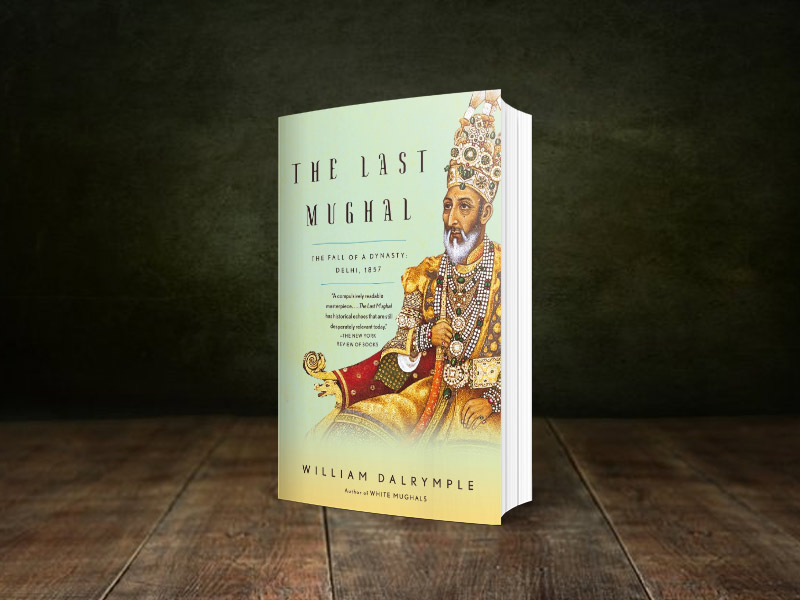 Written by William Dalrymple, the book reflects the author’s admiration of Delhi. Dalrymple earned huge praise for including Indian accounts of the events of 1857, which mostly remained ignored on previous occasions. The book narrates the story of the death of Bahadur Shah Zafar II under British custody in Rangoon in 1862, along with the fall of the Mughal empire in India. 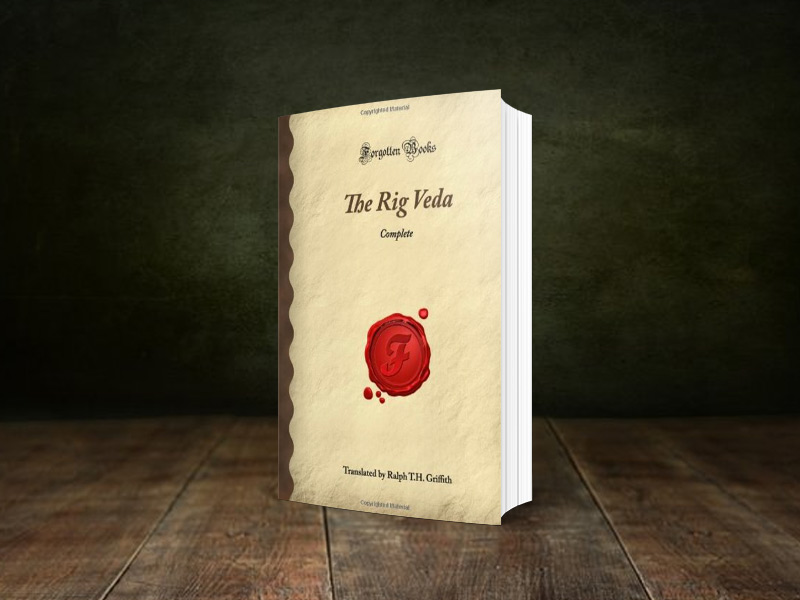 Suppose you are interested in tracing the origin of the Indian civilization, even before the existence of India. In that case, you don’t need to look beyond Rig Veda. Rig Veda is a treasure for someone interested in understanding the roots of India’s ancient religious and historical developments. The oldest existing piece of literature, Rig Vedas Samhita, is a collection of 10 mandalas that has all the details of why the Hindu civilization is the way it is.

The Indian War of Independence: 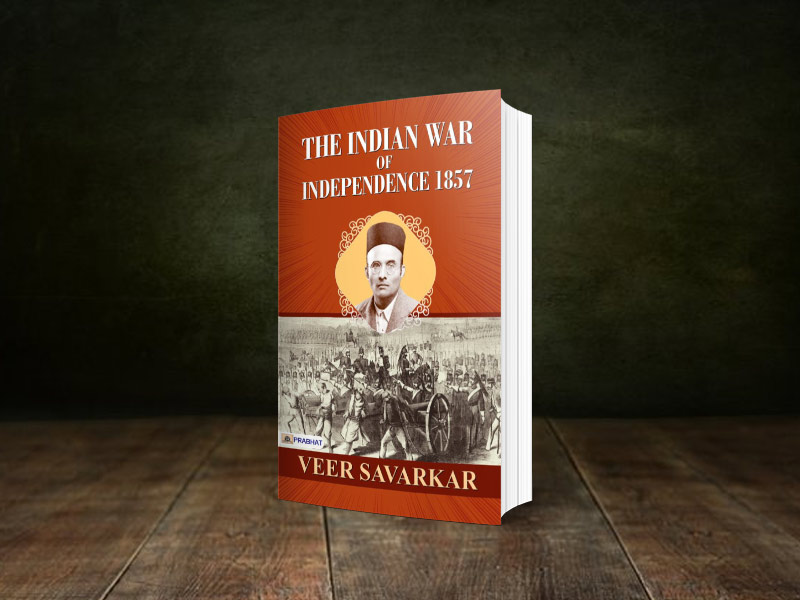 Vinayak Damodar Savarkar of Veer Savarkar is often criticized for his staunch Hindu nationalist views. Still, his role in the revolt against the British empire in India can’t be undermined. The Indian War of Independence is a masterclass penned by Veer Savarkar that he wrote in response to celebrations in Great Britain on the 50th anniversary of the Indian rebellion of 1857. The book was written after taking inspiration from the French revolution and the American revolution.

It takes us through the national uprising in India against the British regime. The book’s impact can be understood by the fact that its Marathi version was banned even before its publication, as it was seen as highly inflammatory. The book, published in 1909, managed to encourage Indians in Britain as well. 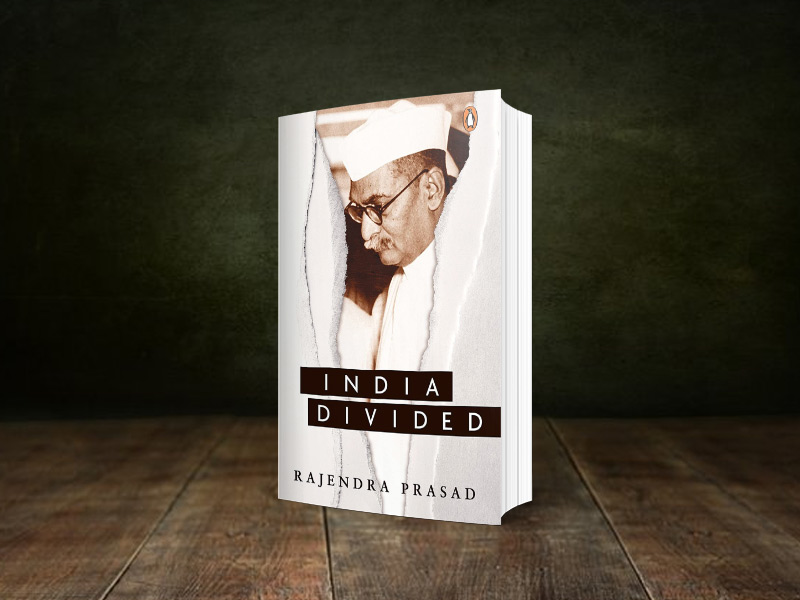 Written by the first president of India, Dr. Rajendra Prasad, the book explores the fault lines in India’s partition while examining the theory put forward by the All India Muslim League, the driving force behind the creation of Pakistan, that Hindu zones and Muslim zones were two different nations, bound to be broken into two. With his writing and the knowledge of history, the author aims to take us through the origin of the conflict between two communities. Mr. Rajendra Prasad also points out a new solution to the Hindu-Muslim problem. 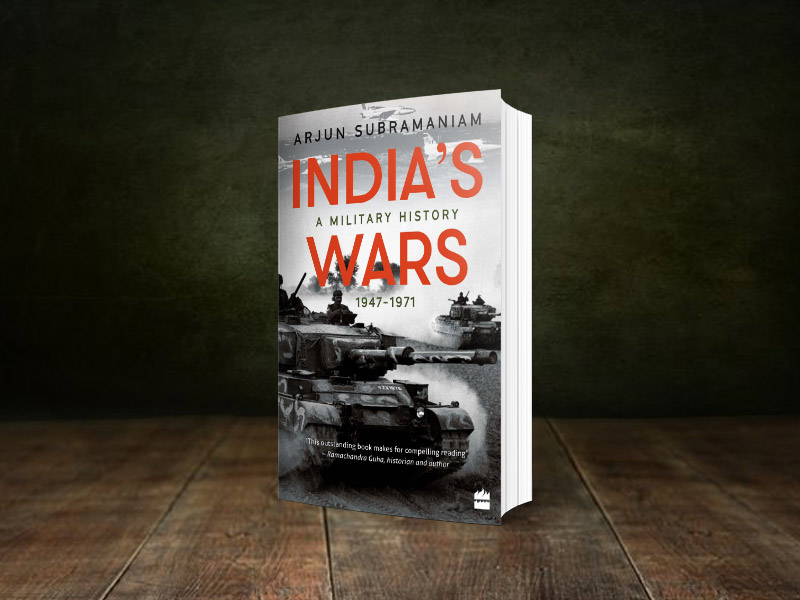 The wars fought by a country play a key role in its global dominance, economic development, upliftment of the poor, and expansion or shrinking of boundaries. Since its independence in 1947, India has fought numerous wars with its two key adversaries- Pakistan and China, that have resulted in a loss of more than 43,000 sq km. India’s Wars: A Military History accounts for the wars fought by Indians between 1947 and 1971 by Arjun Subramaniam, a retired Air Force officer.

The author has included firsthand accounts, expansion of the military, military exploits, and other military operations by India right from its independence. The book also talks about the liberation of Hyderabad and Junagadh, the campaign to evict the Portuguese from Goa in 1961, and the full-blown wars against China and Pakistan.