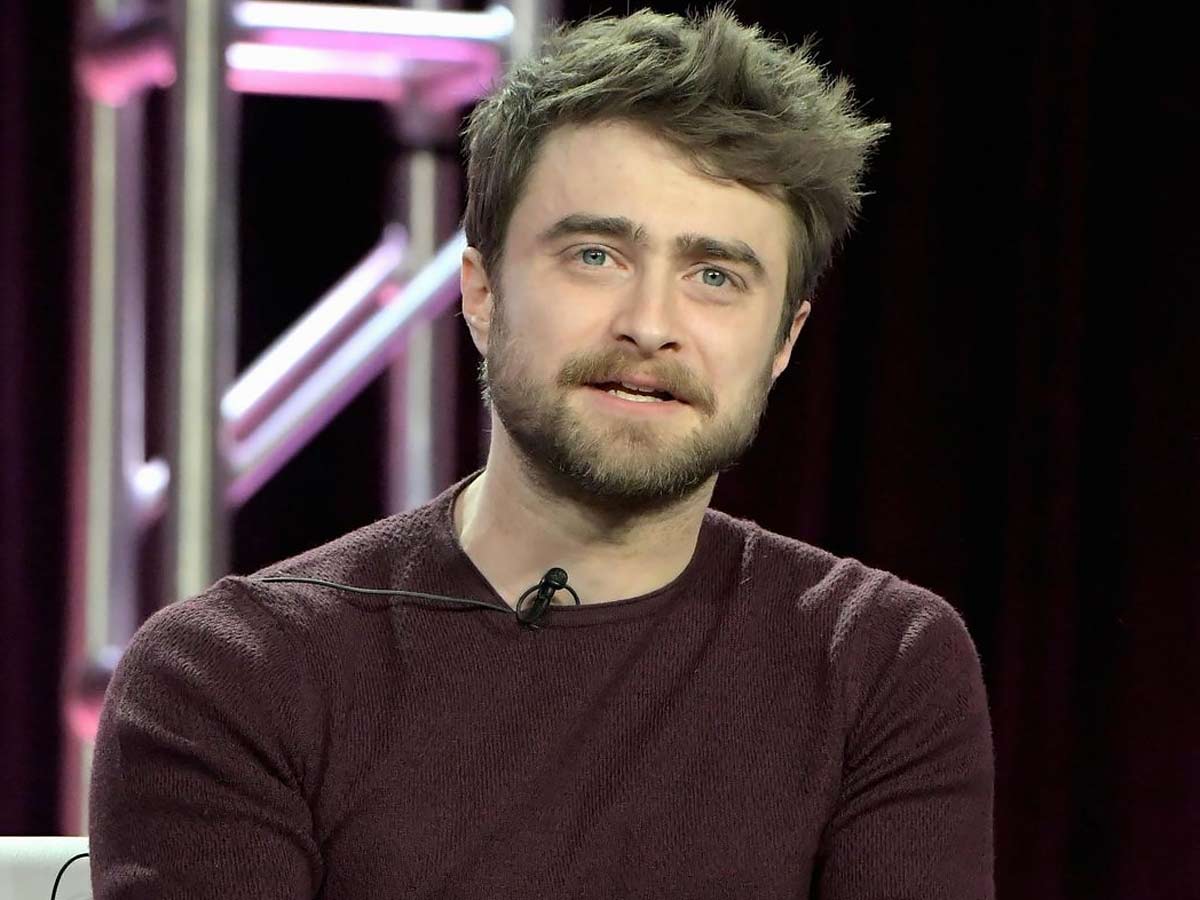 Daniel Radcliffe is a name that has been known to us since our childhood. Most of us know Radcliffe as Harry Potter. The boy with a mark on his head went on to defeat Voldemort. Harry Potter was a tale of true friendship, determination, courage, truth, and magic. It was the film that helped both Radcliffe and Emma Watson establish themselves as globally acclaimed actors.

But Harry Potter is not the only great film that Radcliffe has acted in. Suppose you think the actor was very young when he starred in Harry Potter. In that case, the fact that he made his acting debut at the age of ten in the BBC One television film David Copperfield might leave you amazed.

Yes, Radcliffe was inclined towards acting from a very early age, which is probably one reason behind his effortless acting. His feature film debut came in 2001 for The Tailor of Panama. 2001 was the year when luck smiled at Radcliffe as it was the same year when he starred in Harry Potter’s first volume. Harry Potter was a global success and helped Radcliffe climb the stairs to success.

After the conclusion of the Harry Potter series in 2011, Radcliffe featured in several other high-rated films, and we are gonna talk about some of those Daniel Radcliffe movies.

The Woman In Black: 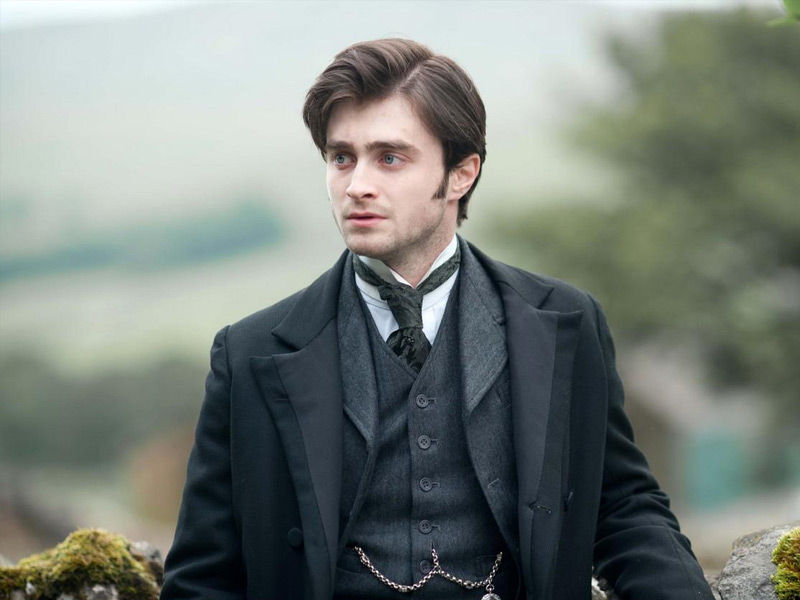 The Woman in Black was the first movie Radcliffe featured after the Harry Potter series. It was a supernatural horror film by James Watkins that came out in 2012. The movie starred Radcliffe and Ciaran Hinds, Janet McTeer, Sophie Stuckey, and Liz White in pivotal roles. The movie is based on the 1983 novel of the same name by Susan Hill. Radcliffe is featured in the film as Arthur Kipps, a young, recently widowed lawyer. The movie tells the story of Kipps’s encounter with the ghost of a scorned woman. 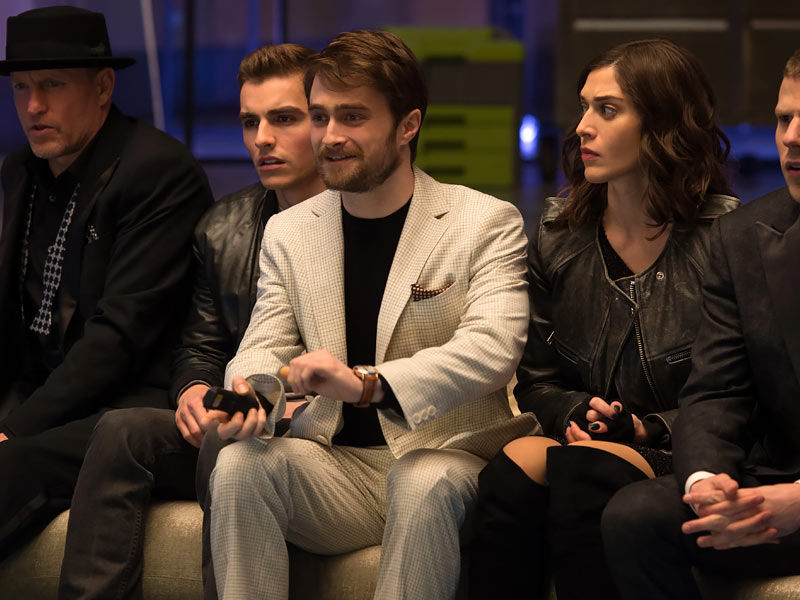 The second part of the Now You See Me series, Now You See Me 2, is a 2016 heist thriller film by Jon M Chu that features Radcliffe in the role of the grey shade as Walter Mabry, Arthur Tressler’s illegitimate son. The plot of the movie revolves around the Four Horsemen and their leader Dylan Rhodes. They are assigned the task of stealing a data chip by Walter Mabry, a criminal mastermind. The movie grossed nearly $235 million worldwide. 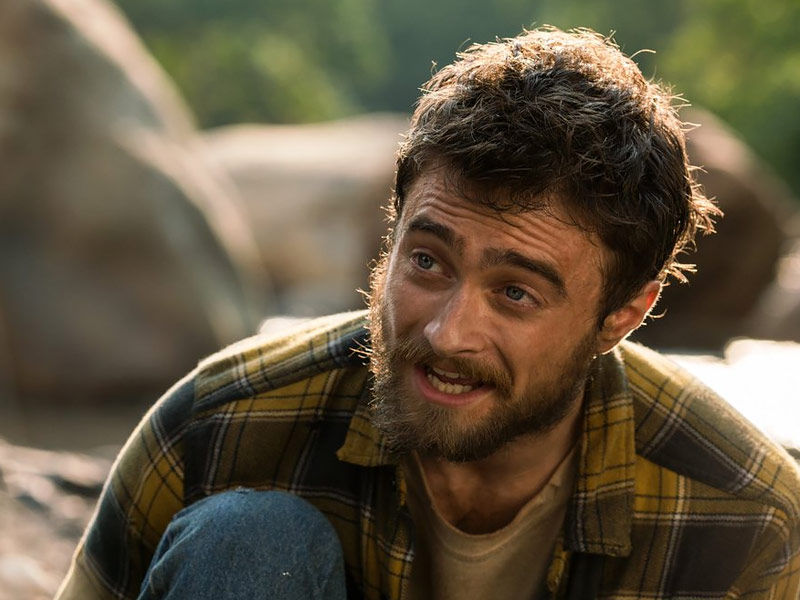 If you want to see how versatile Radcliffe is, just watch Jungle. It is an Australian biographical survival drama film based on the true story of Israeli adventurer Yossi Ghinsberg’s exploration of the Amazon rainforest in 1981. Directed by Greg McLean, the movie stars Radcliffe as Ghinsberg. The movie also features Alex Russell, Thoms Kretschmann, Yasmin Kassim, Joel Jackson and Jacek Koman in supporting roles. Unfortunately, the movie was not a big commercial success. 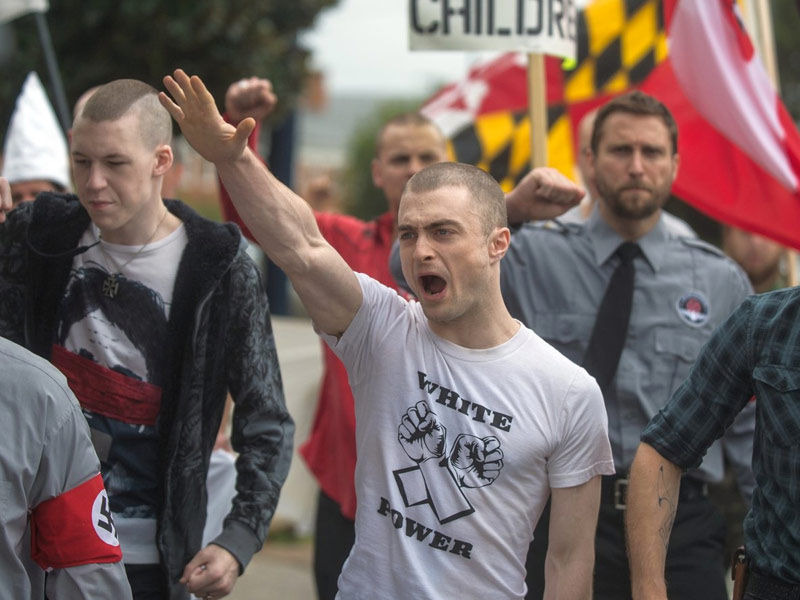 Imperium is a very engaging crime thriller by Daniel Ragussis that stars Radcliffe and Toni Collette, Tracy Letts, Nestor Carbonell, and Sam Trammell in pivotal roles. In addition, Radcliffe featured in the movie Nate Foster, a young FBI Special Agent working to uncover highly classified terrorist plots. Radcliffe completely justifies the role he has played in the film. The worldwide earnings for Imperium were $302,109. 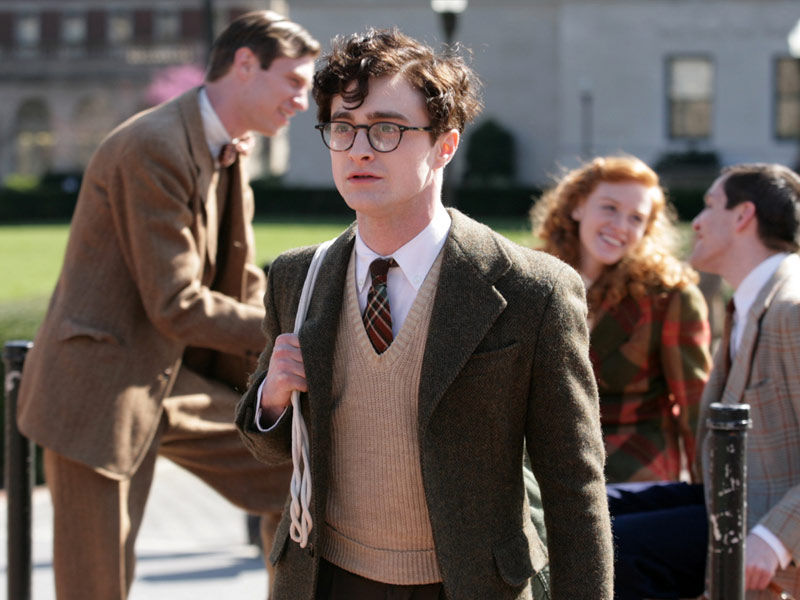 The biographical drama by John Krokidas starred Radcliffe, David Cross, Dane DeHaan, Ben Foster, and Michael C Hall in key roles. It was the directorial debut for Krokids. The plot of the movie revolves around the college days of some of the earliest members of the Beat Generation. The movie showcases the interactions between Best Generation members and Lucien Carr’s (DeHaan) killing of his long-time friend David Kammerer in Riverside Park in Manhattan. The movie has a really intriguing story, and it collected $1,686,065 worldwide. 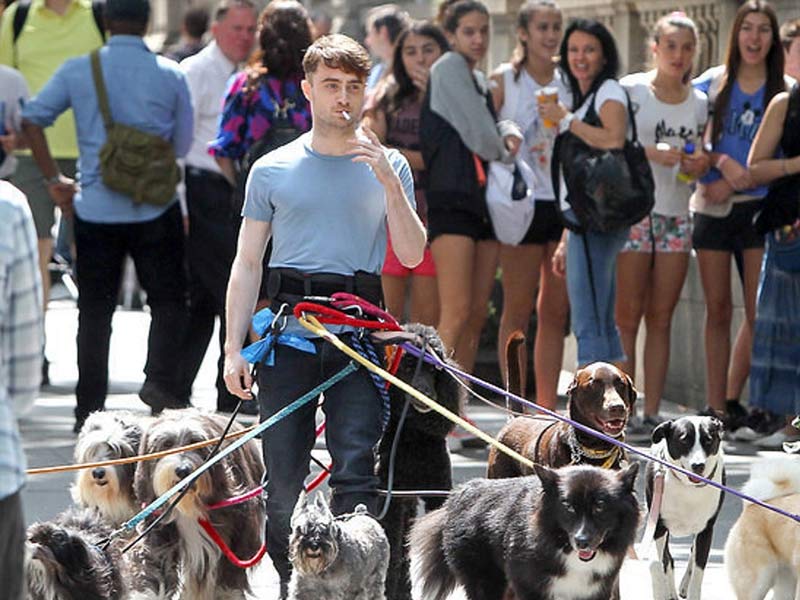 Directed by Judd Apatow, Trainwreck is a romantic comedy that was released in 2015. The movie stars Amy Schumer, Bill Hader, Brie Larson, Colin Quinn, John Cena, Tilda Swinton, Ezra Miller, Daniel Radcliffe, and others in key roles. While Radcliffe doesn’t play a big role in the movie, he created an impact and made his presence felt with his appearance as The Dog Walker. In addition, Radcliffe puts on different display layers of his acting in this particular movie. 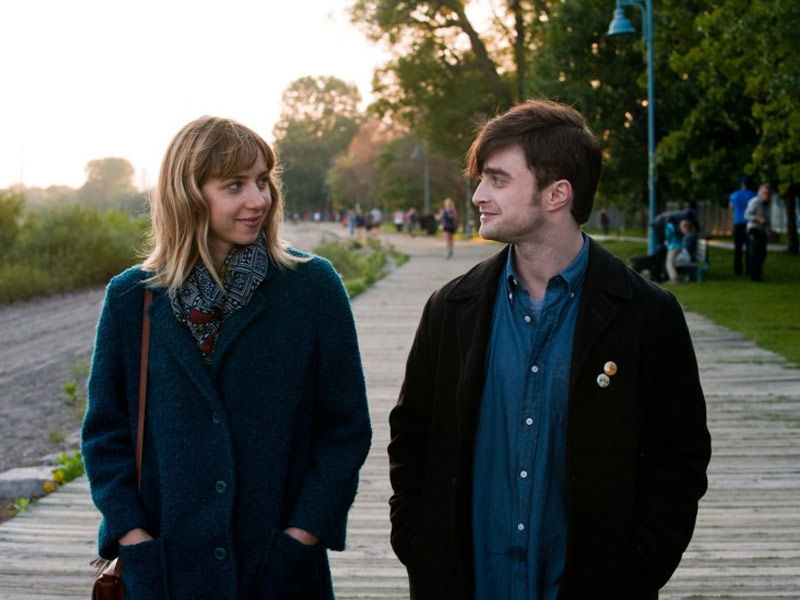 Also released as The F Word in some countries, What If is a Canadian romantic comedy by Michael Dowse released in 2013. The movie is based on the play Toothpaste and Cigars by TJ Dawe and Michael Rinaldi. It stars Radcliffe, Zoe Kazan, Megan Park, Adam Driver, Mackenzie Davis, and Rafe Spall in lead roles. The movie tells the story of a pair of best friends who develop feelings for each other over time. This is a really touching story. 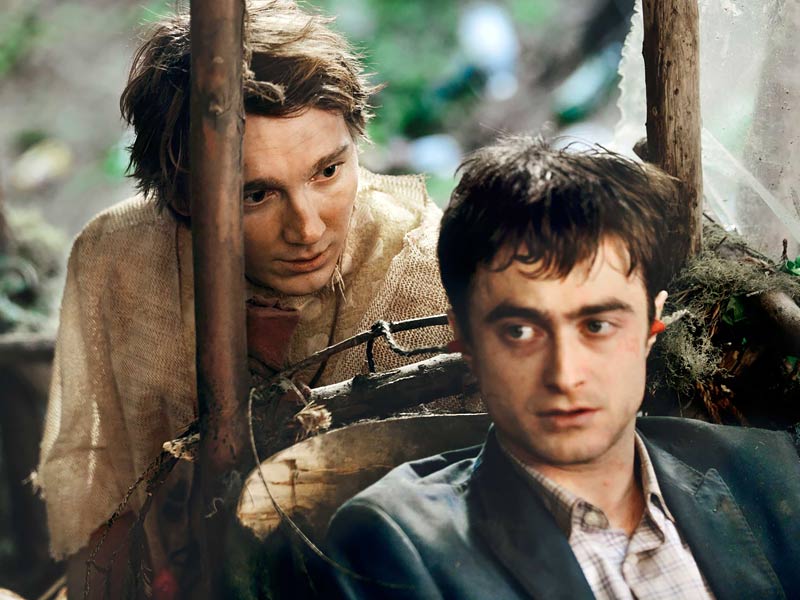 Swiss Army Man is among Radcliffe’s best movies. The 2016 comedy drama by Daniel Kwan and Daniel Scheinert stars Radcliffe, Paul Dano, and Mary Elizabeth Winstead in lead roles. Radcliffe took realistic acting to the next place by playing a corpse in the movie. At the center of the movie’s plot is Dano as Hank Thompson, a man attempting suicide after being lost on an island. However, he stops after seeing a corpse and develops a friendship with the dead body. It is one of the most intriguing movies to watch.