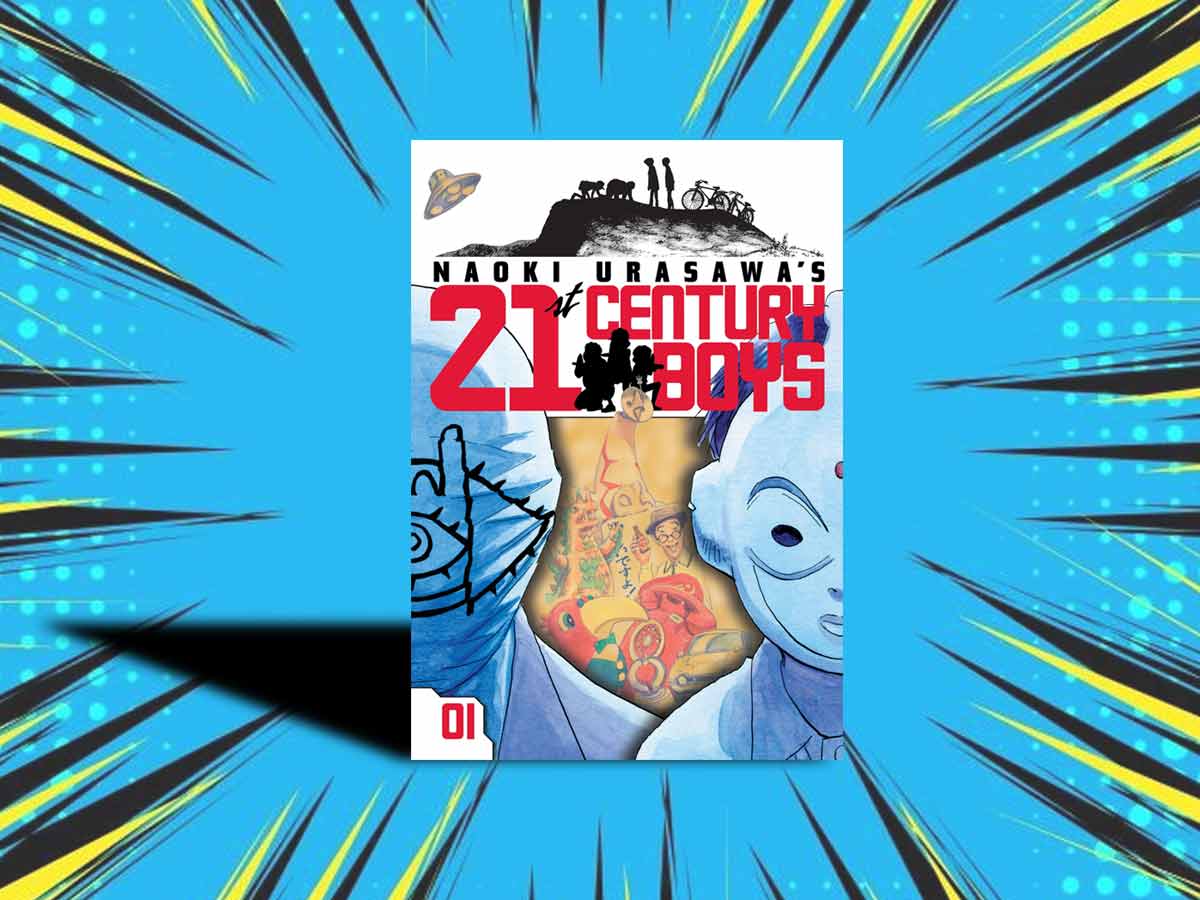 As the fight between Kenji Endo, his boyhood friends, and cult leader “Friend” draws to a close, two questions remain: Friend’s real identity and if the threat of a “anti-photon bomb” before his death was genuine. Kenji, together with the United Nations, employs a virtual reality software constructed from Friend’s childhood memories of this climax to a long trip that would span hundreds of decades hoping to find an answer.

On May 9, 2008, the combined plot of 20th Century Boys and 21st Century Boys received the Grand Prize at the 37th Japan Cartoonist Awards.

21st Century Boys: The Perfect Edition, written and illustrated by Naoki Urasawa, is the 12th and final volume of the 20th Century Boys series. The conflict has ended. The Friend is no longer alive. Peace has returned to the people of Tokyo, free of the danger of annihilation. But the Friend’s identity remains a mystery. Nobody knows who the Friend was or where they came from, and the sole hint was deep within Kenji’s recollections. It’s time to open Pandora’s box and see what’s within.

And there has never been a better opportunity to immerse yourself in Naoki Urasawa’s decade-long narrative.

Themes in American and Japanese horror seldom coincide. Both civilizations have distinct sensitivities and anxieties, which are reflected in their horror stories. It’s strange, therefore, that reading Naoki Urasawa’s apocalyptic manga 21st Century Boys ends up feeling more like Stephen King’s It than any manga before it, with a distant group of pals reuniting when a symbol from their past reappears as something far more deadly.

Readers can now see everything for themselves, thanks to a new Signature edition from Viz Media, which has bigger pages and updated artwork, including some never previously issued in omnibus form.

‘SINISTER’ IS THE OVERWHELMING FEELING OF READING THIS BOOK

21st Century Boys is a Japanese film that was released irregularly between 1999 and 2009. It is set between 1969 and 1997. After one of his childhood friends, a science teacher popularly known as “Donkey,” commits himself, Kenji Endo, a convenience store owner trying to care for his abandoned young niece, is reunited with his childhood buddies.

Donkey sends Kenji a letter with a sketch of a cryptic symbol before his death, asking whether he recalls it. We learn the symbol was created by one of Kenji’s other friends, Otcho, and is now used by a mysterious cult led by the enigmatic celebrity known only as “Friend,” who fills the Budokan with bizarre speeches in which he compares himself to Michael Collins and casually speaks of taking over the world. And it might all be related to stories of a biological virus that kills its victims by causing them to leak blood.

The flashbacks should connect the dots to the present while also establishing character, such as when Yukiji, the sole girl in the buddy group, contrasts the heroic Kenji who defended her from awful bullies as a child with the fumbling, loser adult Kenji in the current day. It’s at these points when the analogy comes in handy. The Losers’ Club were equally fleshed out in both time periods, winning the readers’ sympathies as both rejected youngsters and alienated adults, which made its 1,138 pages worth suffering through.

Urasawa’s duty with Boys is more challenging. Originally published in the weekly magazine Big Comic Spirits, he also had to ensure that each chapter stood out from the rest. And he could do it because he draws like no one else. Each character’s face transmits their feelings as well as, if not better than, the words, and the extremely realistic backgrounds contribute to the authenticity. But it’s his scheming that keeps you going back for more.

Urasawa is a multi-award-winning manga, musician, and radio and television personality. That makes his corpus of work rather intimidating, but it makes sense after reading his works. Whether it’s Master Keaton’s fast-paced action, Monster’s powerful psychological horror, or Pluto’s gloomy murder mystery, he fills a unique niche in each genre he tackles.

Urasawa’s 21st Century Boys, like the far more renowned Death Note, was inspired by the deadly death cult Aum Shinrikyo, whose leader, Shoko Asahara, was killed this past July for masterminding the horrible sarin gas attacks on the Tokyo subway in 1995. “Our Friend,” as his adherents refer to him, is an obvious parallel, and while he isn’t the chief antagonist of this first book, his presence pervades everything.

Reading this book has left me with a “sinister” sense. Unsettlingly sinister; more Amnesia: The Dark Descent than Resident Evil. Given our always nervous age, that may be difficult to sell to some readers. However, 21st Century Boys: The Perfect Edition Vol. 1 is still a must-read. Not just for the chance to see how Viz has spruced things up this time, but also to witness a master of his field deliver some therapeutic sentiments about what to do when the world appears to be ending.

As a mystery and psychological genre enthusiast, I really value the stressful environment Urasawa-sensei created with the picture, and the artwork supports the tale as it progresses. I was first put off by the series’ length, but if you’re engrossed in the plot, you’ll find yourself towards the end before you know it. I definitely suggest the series to everyone who is sick of moe moe, time-traveling, popular fantasy manga. After reading the 20th Century Boys, you must read the 21st Century Boys, as the latter provides the culmination and explanation for the entire series.