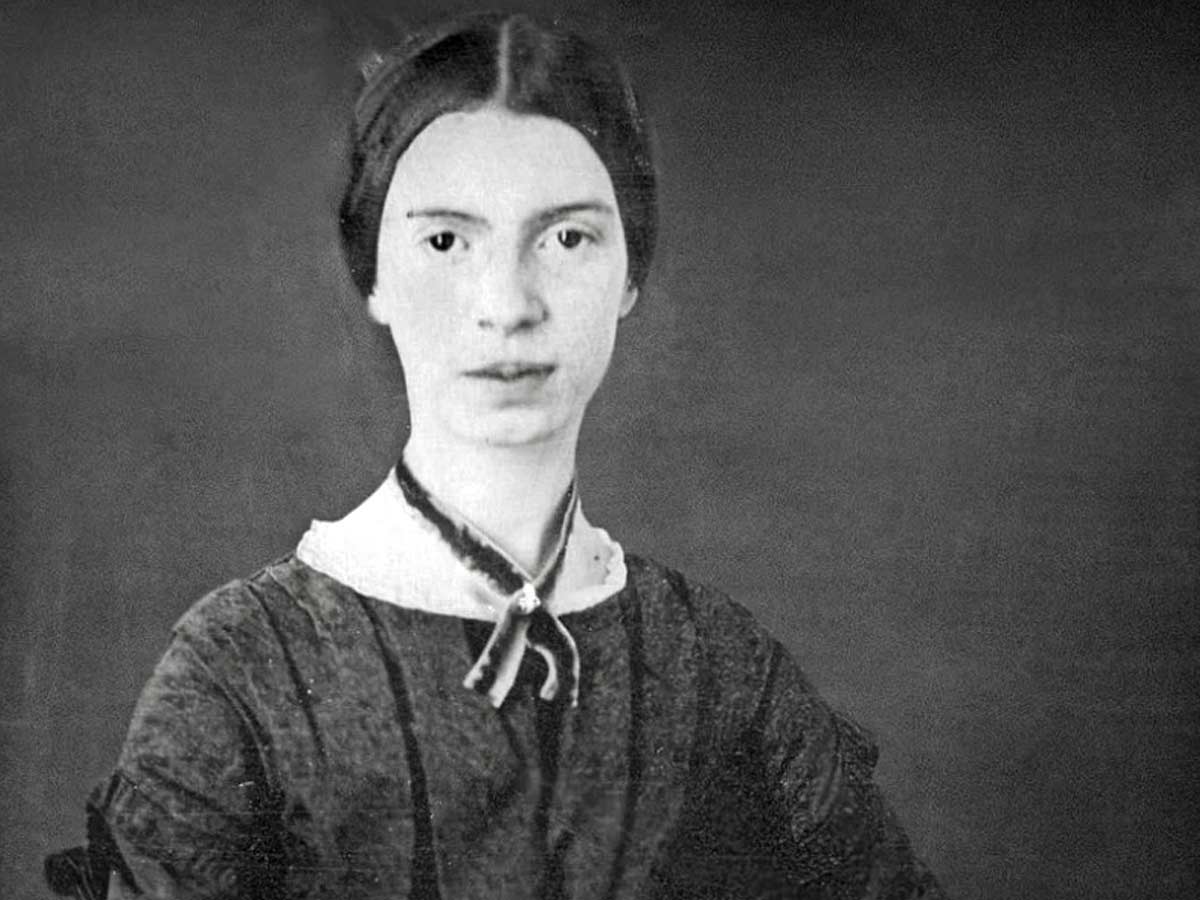 Emily Dickinson did not leave any poetics or treatises to explain her life’s work, so we can approach her poetry with open minds and hearts and discover whatever it is we want. Her oeuvre is extensive, and most of her work was completed in private — she did not disclose much of what she wrote. During her lifetime, ten or so poems of Emily Dickinson were published, mainly without her permission. She frequently enclosed poetry with letters, but after her death, the poet’s sister Vinnie was astonished to find about 1800 individual poems in Dickinson’s bedroom, some of which the poet had bound into booklets.

Emily Dickinson is often regarded as one of the finest poets of English literature. She is renowned as “The Poet of Paradox” for her unconventional use of form and vocabulary. Dickinson was a prolific poet who wrote almost 1800 poems of Emily Dickinson, but only a few were published during her lifetime. 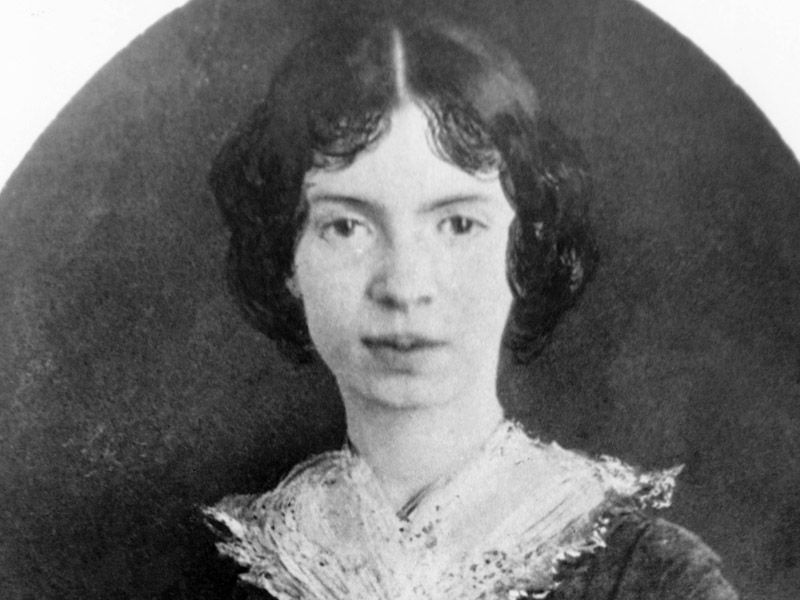 Here are 7 of America’s most renowned poems of Emily Dickinson from the country’s most famous female poets.

The sea is the dominant picture in this poem of Emily Dickinson. It is used deftly as a metaphor to represent passion and desire. When people think of Dickinson’s life, this poem is frequently pushed to the back of their minds. It talks of intense love and passion. It contradicts the popular picture of the poet as a virginal recluse who never tasted genuine love. The specifics of her life and her writing imply otherwise, at least to some readers.

The ramifications of ‘Wild nights – Wild nights!’ are highly debated. It is not a tale but rather a statement of want or desire. Dickinson utilizes the water as a metaphor for love. It is still considered to be one of the most popular love poems of Emily Dickinson penned by an American.

However, there is another meaning of ‘Wild nights – Wild nights!’ Some feel Dickinson spoke about her love for God, another recurrent topic in her works, rather than sexual love.

Also Read, The Poems of Robert Frost, that Give Life a Different Meaning

It appears that Dickinson couldn’t get away from the subject of death. She returns to it in this poem, portraying it as something pleasant in the end. The speaker goes over the things that a human being desires the most in their life. The first is a physical delight. However, for some, this is impossible. The next item on her to-do list is to find a way to get away from the agony. It would suffice if life could go without incident. Finally, there is slumber and death. The speaker indicates that it is preferable to die than endure a life of pain devoid of joy or serenity.

This poem analyzes what one’s ‘heart’ most desires: pleasure, preferably (or initially), but respite from agony if that is not possible. Its title was famously taken by composer Michael Nyman for his soundtrack to the 1993 film The Piano. If the ‘anodynes’ do not function, sleep, or unconsciousness is preferred — or, failing that, death (yes, death again).

I Felt a Funeral in my Brain

This poem focuses on a different sort of death: mental death or the fear of going insane. If you will, it is an elegy for the (imminent) death of reason, with the burial serving as a strong extended metaphor. According to one reading or analysis of the poem, this Emily Dickinson poem is about becoming insane, about losing one’s grasp on reality and feeling one’s sanity slip away.

The poem’s speaker utilizes the funeral as a metaphor for what is going on within her brain in the first verse (we will assume that the speaker is female here, though this is only a surmise: Dickinson often uses male speakers in her poetry).

Her rationality and reason have departed. The turmoil within her head is like mourners going backward and forwards at a funeral. The speaker’s head is pounding, and turbulence is evoked by the speaker’s persistent repetition of “treading – treading.”

One of Dickinson’s most well-known poems of Emily Dickinson about mental health is “I felt a Funeral, in My Brain,” which employs two of her favorite metaphors: death and the afterlife. The poem ends on an up-note, leaving the reader to judge whether the breakdown leads to the paradise of well-being or hell of continuous mental suffering. There is a notion that Dickinson, like her nephew Ned, suffered from epilepsy; she certainly had eye problems, and, as we know, she suffered from agoraphobia. This poem might have been inspired by any of these factors or by plain old sadness.

The blending of the physical and mental is accomplished expertly with powerful verbs – tread, break, beat, creak – that lead down to that last, frantic ‘plunge.’ 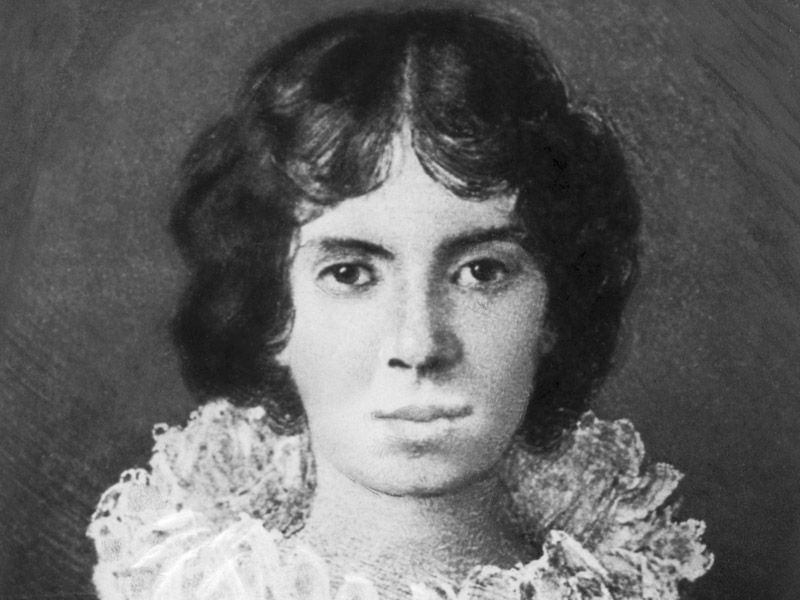 I am Nobody Who are You

Dickinson’s use of capital letters at random throughout her writing creates concerns, but the technique shines in this brief poem. ‘I’m Nobody!’ ‘Who are you?’ she asked. The narrator may be nothing, but with that capital N, she transforms herself into someone. Perhaps that is a fitting philosophy for today’s social media abstainers who enjoy the luxury of obscurity, as Dickinson did. This one attracted me as a youngster because of its cheekiness and the unexpected frog.

This poem explores the benefits of being nameless, alone, and unbothered by the outside world. It exemplifies Dickinson’s distinctive writing style, with an abundance of capital letters and dashes. Her personal life is also referenced in the poem. Emily Dickinson opted to live modestly and published just a few more than 1500 poems throughout her lifetime. This appears to be something she advocates for the joys of inside ‘I’m Nobody!’ ‘Can you tell me who you are?’

This poem, a wonderful celebration of anonymity, nicely shows Dickinson’s distinctive style. It’s really more pleasant to be a Nobody than a Somebody, and obscurity might be preferable to a celebrity or public attention. This is a particular favorite of ours, and we believe it is one of the best poems of Emily Dickinson.

I Heard a Fly Buzz – When I Die

This is another Dickinson poem about dying, as the title indicates. In this scenario, the narrator is on their deathbed and has not yet begun their own journey with “Death.” Everyone has gathered around this dying person, attempting to console them while simultaneously anticipating the arrival of the “King.” There is a tiny fly amid all the majesty of the moment. In ‘I heard a Fly buzz — when I died,’ Dickinson opted to personify death in this way. It travels between the speaker and the room’s light, and that’s the end of it.

The figure of death appears as a small, easily overlooked fly with a stumbling Buzz.’ It gets between the storyteller and the light, and the narrator either can’t see or is dead as a result. The poem is still one of Dickinson’s most debated and well-known compositions.

Also Read, Some of the greatest poets the world ever witnessed

Because I Could Not Stop for Death

Dickinson’s melancholy poetry, which deals with death and the hereafter, is perhaps the most well-known. This may be related to the idea that Dickinson was angsty and nun-like because she was secluded. It might also be related to a general fascination with individuals who forge their own path, especially if they appear to do it alone. In this poem, the grim reaper is a polite gentleman. He gently guides the narrator – already ghostlike in gossamer and tulle – to death. It’s contemplative, optimistic poetry about the promise of immortality.

One of the most renowned poems of Emily Dickinson is definitely “Because I Couldn’t Stop for Death.” Death is frequently utilized as a metaphor or symbol in her works, but this piece easily outranks the rest. “Death” manifests as an actual creature. He takes the speaker’s hand in his and leads her on a carriage trip into the hereafter. The lines are straightforward, which puts the reader at ease. Any fear of the hereafter is absent from one’s thinking. Instead, images of the “Setting Sun” and youngsters at play are shown to the reader. It is widely regarded as one of the finest poems ever written in English.

Many of Dickinson’s poems deal with death and immortality, which is the most well-known of them all. Emily personifies death as a kind guide who leads the poet on a leisurely carriage trip to her tomb.

He takes the speaker’s hand in his and leads her on a carriage trip into the hereafter. The lines are straightforward, which puts the reader at ease. Any fear of the hereafter is absent from one’s thinking.

Hope is a thing with Feathers.

This is maybe Emily Dickinson’s most well-known and beloved poem. It’s much lighter than the rest of her work and concentrates on the personification of hope. It is a bird that sings from within her soul. The bird makes no demands. It is at peace and so may give the same optimism and tranquility to the speaker. She can rely on it and enjoy it. The passage is also an excellent example of Dickinson’s use of nature as a metaphor for the most complex of human emotions.

Dickinson’s most renowned poem, “Hope is the Thing with Feathers,” is regarded as one of the best poems ever written in English. It figuratively depicts hope as a bird that resides in the spirit, sings incessantly, and never asks anything, even in the most terrible situations.

DickinsAnother weirdly positive poem is ‘I’m Nobody!’ on compares hope to a singing bird, a “thing with feathers” that “perches in the spirit” in this poem. Hope, for Dickinson, sings its wordless melody and never stops: nothing can deter it.