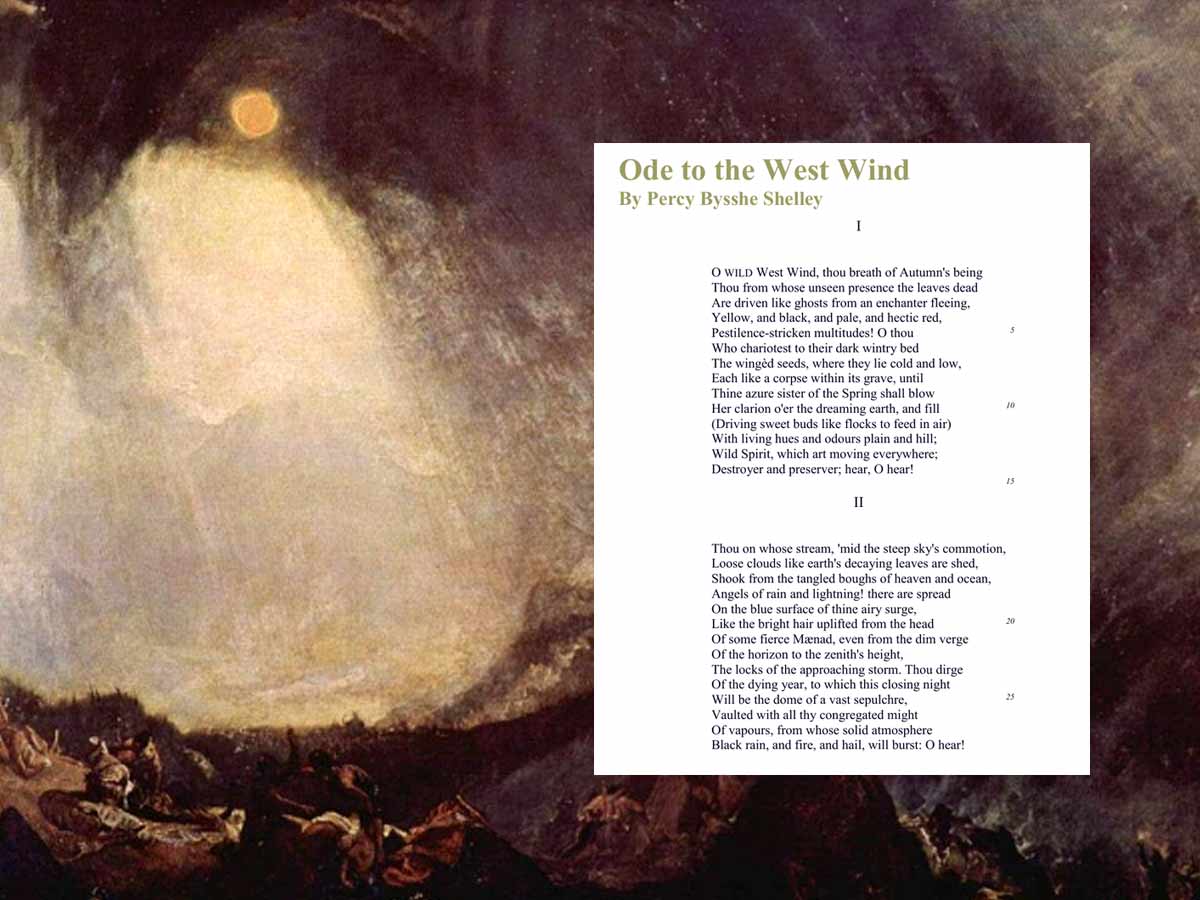 Ode to the West Wind is one masterpiece of Percy Bysshe Shelley. The poem describes the West Wind at its best. Poet or the speaker in the poem portrays West Wind as a God whom he worships. The poem was written in the Cascine Woods, just outside of Florence, Italy, and was published in the year 1820. This poem was published in the same book in which the famous drama of P.B. Shelley, Prometheus Unbound was published. The poem focuses on the destruction of death and the chances of rebirth. The poem, in English literature, is one of the noblest lyrics. 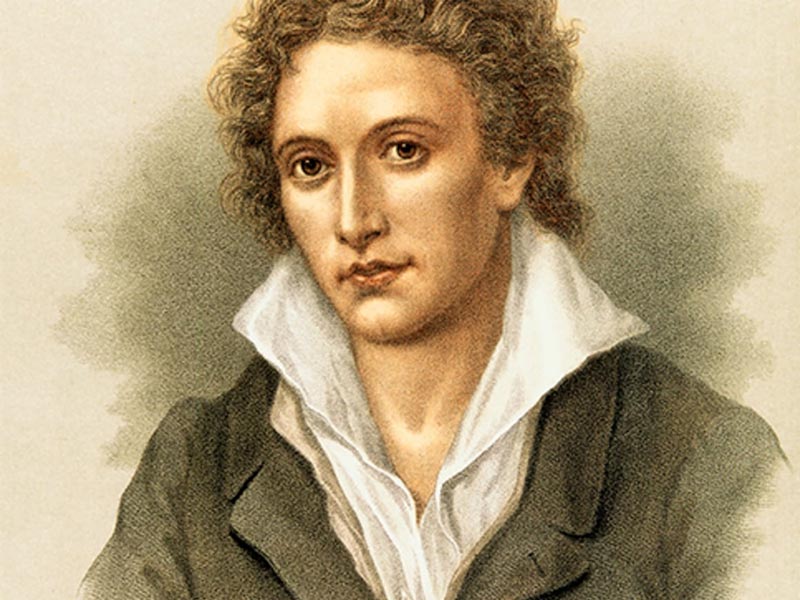 Ode to the West Wind bears the testimony to the poetic genius that Shelley was.

The entire poem, Ode to the West Wind, is divided into five cantos or stanzas. Every stanza of the poem is written as a sonnet. That is why it can be said that the entire poem contains five sonnets. Every sonnet comprises four Terza Rima, a verse of three lines with the traditional Terza Rima rhyming, and a rhymed couplet. The poem begins with the three cantos that describe the effect of wind on the earth than air and then an ocean. The poet in the poem is trying to invoke the “wild west wind” of autumn, the wind that scatters the dead leaves and spreads the seeds so that they can be nurtured by the spring.

Shelley has called the ‘West Wind’ a “destroyer and preserver”. In the second stanza of the poem, Shelley expands his views from the earthly scenarios with the leaves before him to take in the greater commotion of the skies. Here, clouds resemble the image of the swirling leaves. These clouds are unstable and bigger than the leaves. These clouds are the messengers of lightning and rain.

Then Shelley here calls the west wind as “dirge/ of the dying year” and gives the description that how these winds lead to violent storms. Then in the third canto, Shelley talks about the effect of West wind on the water. Here, Shelley says that the west wind stirs the Mediterranean from “his summer dreams”, and cleaves the Atlantic into choppy chasms, making the “sapless foliage” of the ocean tremble.

Now in the fourth stanza, Shelley is addressing to the wind and is pleading the wind to lift him just as a wave, a leaf, or a cloud. Shelley compares himself to the wind and says that if he is like the wind at heart, untameable and proud. He is now bowed and chained with the weight of his hours upon the earth. Then, in the fifth canto of the poem, Shelley takes a significant turn and transforms the wind into the metaphor of his own thoughts.

Shelley here, in this canto, uses spring as a metaphor to portray human consciousness, liberty, imagination, and morality. Poet says that the expressive capacity that drives the dead thoughts similarly to the “withered leaves”, to quicken the new birth, i.e. to quicken the coming of spring. Shelley asks West Wind to be his spirit. And then says that this metamorphic spirit will play him like a musical instrument similarly. Wind strums the leaves of the trees.

Ode to the West Wind is a poem that begins with the natural and then moves to the personal perspective and then finally takes the turn to universal. Shelley has perfectly blended the three perspectives in a single poem, i.e. natural, personal and universal. Using so many poetic devices in the poem adorns the thoughts of Shelley. In the poem, the wind is personified and has given the mythical stature. Using emotive language in the poem is really commendable and noteworthy.

Overall, the entire poem, i.e. ‘Ode to the west wind”, is one of the finest examples of Shelley’s mythopoeic imagination. The poem showcases the earnest desire of Shelley, that the irresistible power of the wind should spread the ideas of liberty and democracy of Shelley. In the entire poem, the west wind is referred to as a spirit who has some great powers due to which Shelley is praying the wind for what he feels he deep needs. Ode to the West Wind reflects the power of wind and poetry both. The poem ends at a very optimistic note that if death is here as winter, as the hope of new life, i.e. spring, cannot be far behind.

So, what do you think If winter comes, can spring be far behind?