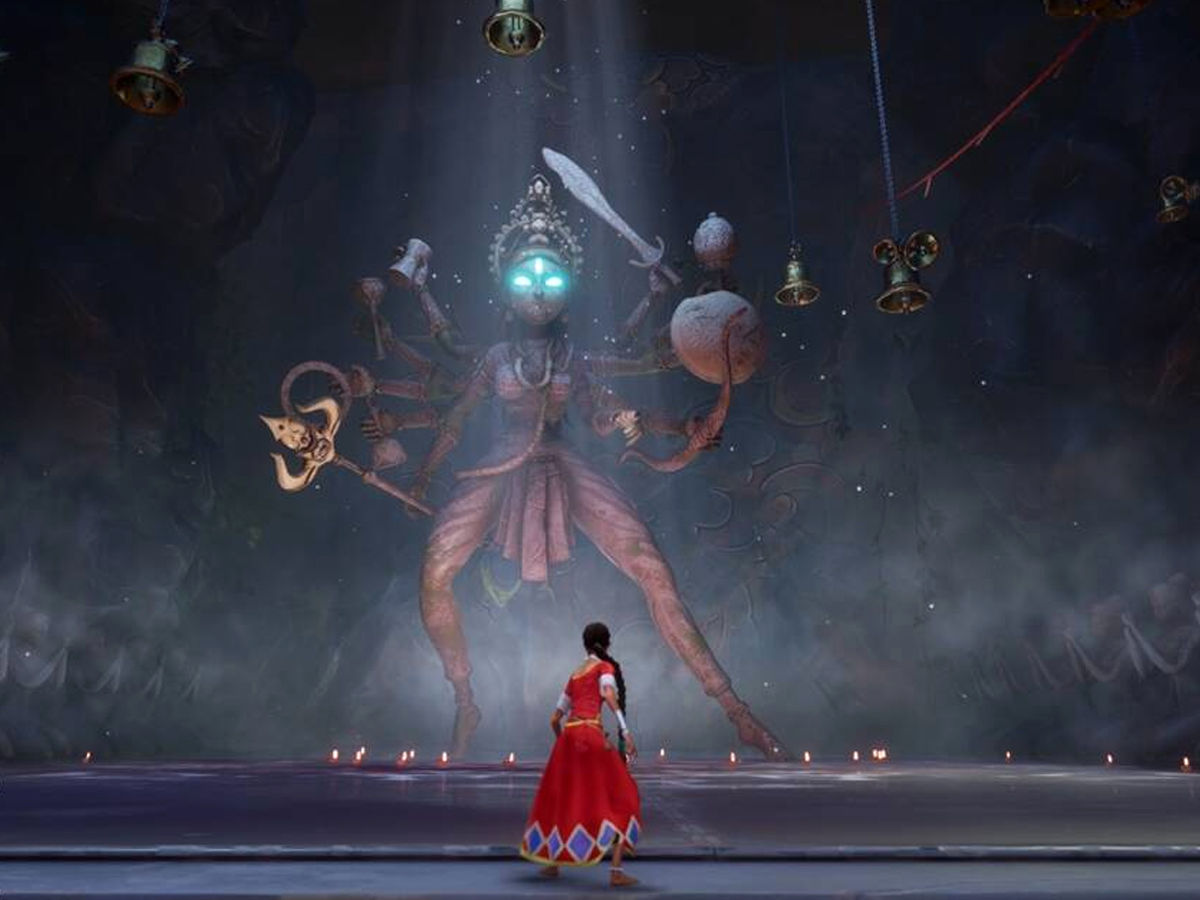 The tale of Raji: An Ancient Epic is based on the Ramayana, Mahabharata, and other Indian myths, of angels, heavenly weapons, and destined protagonists.

In fantasy fighting games like Smite and League of Legends, Indian epics and myths have significantly impacted. The relevance of Raji: An Ancient Epic fantasy adventure game, however, is that it is crafted for an Indian/South Asian audience by an Indian game company, paying tribute to Indian epics like Ramayana and the Mahabharata, and attempting to take the styles of these sagas in unexpected yet accurate paths. 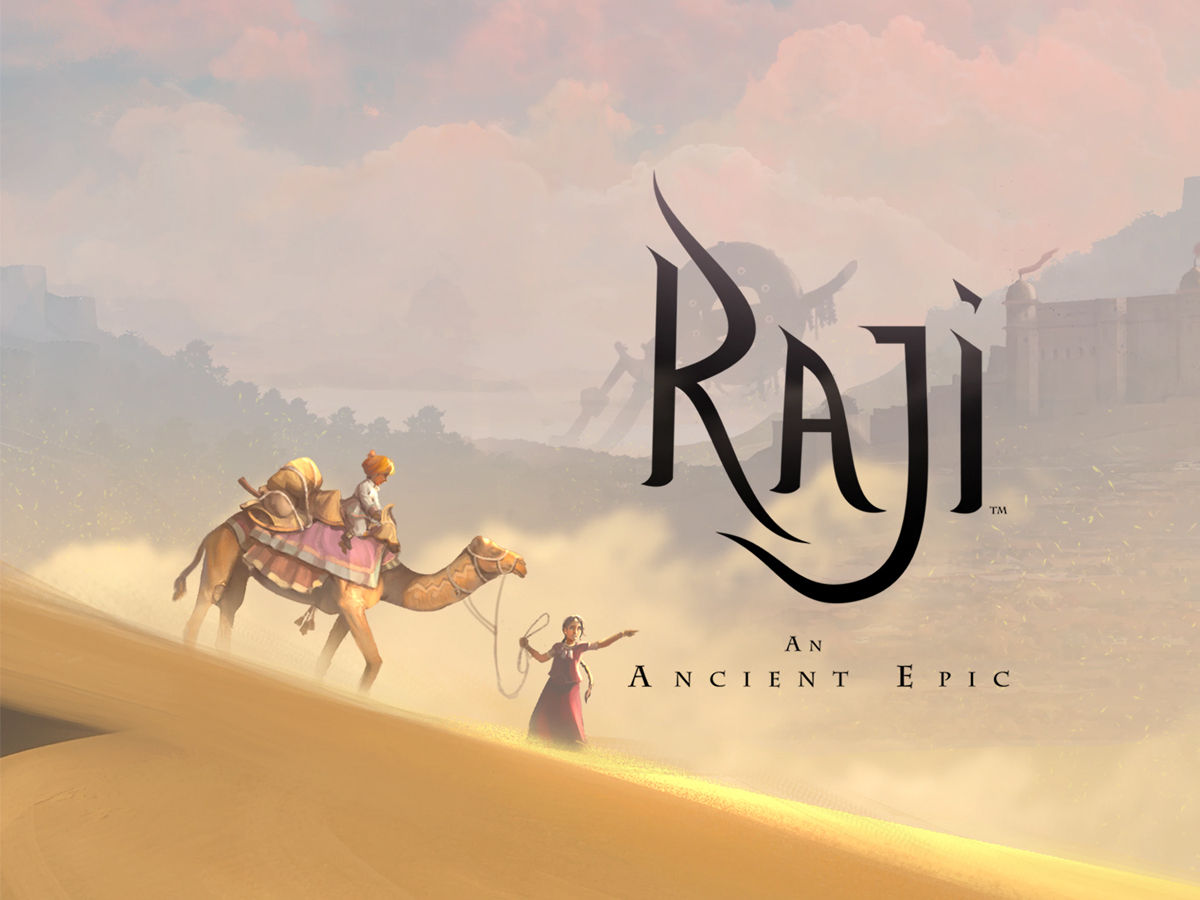 In an ancient, mystical age, where demonic forces conquer civilization’s realms and divide the siblings Raji and Golu from each other, the opening cutscene of Raji: An Ancient Epic, produced in the form of traditional shadow puppet plays, takes place. The warrior goddess Durga and many other devas of the Hindu pagan gods send her heavenly weapons as Raji walks through the realms in search of her brother—bows, tridents, and blades with an immense divine strength that can destroy the demonic forces of the demon lord Mahabalasura and return the earth to peace.

Gameplay-wise, Raji’s discovery, escape, weapon-based battle, and boon acquirement: An Ancient Epic bears a near likeness to RPG Hades’ rogue-like action; the 2D and 3D versions of Prince of Persia are identical to the gameplay and wall-running parts. However, the meat of the plot and graphics of this game owes much to India’s national epics, which include wars amongst devas and asuras, astras called heavenly super-weapons, musings about how to gain salvation from the reincarnation cycle, and warriors born to fight evil.

The Ramayana & Its Impact On Raji: An Ancient Epic 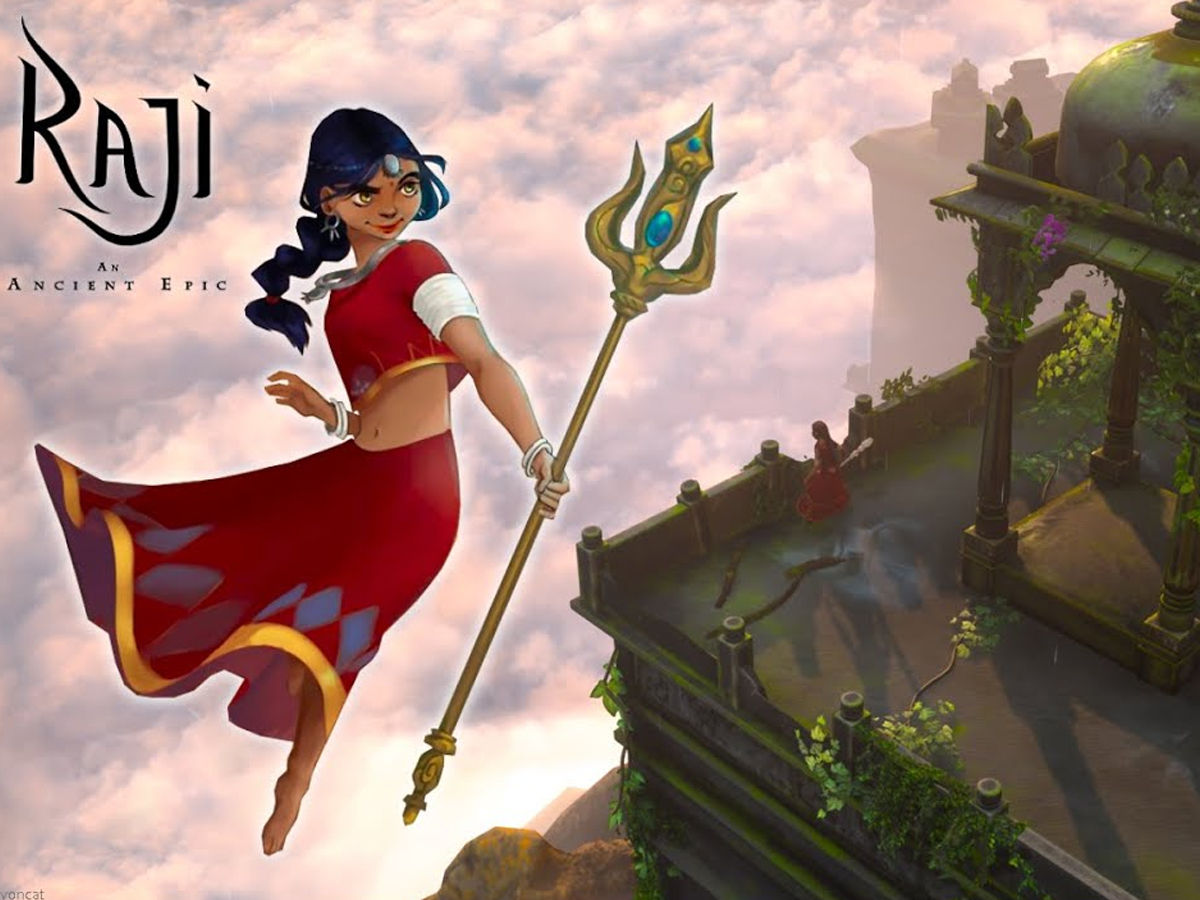 Raji: An Ancient Epic takes inspiration from games like Bastion and God of War and all Indian myths. As far as the story goes, in fact, Raji parallels one epic: the Ramayana. In the Ramayana myth, Ravana, a Rakshasa king fortunate to never be overcome by gods or demons, terrorizes the three realms. Vishnu resurrects himself as the human prince Rama, pure-hearted, trained, and a master of archery, to free the world from the reign of Ravana.

Rama sets out to save her and defeat Ravana with his brother Lakshmana, the divine monkey Lord Hanuman, and an army of primates and bears as Ravana abducts Rama’s true love, Siti.

The search by Raji to rescuing her brother Golu from the demon king Mahabalasura is a perfect mirror of the quest by Rama to save Siti, this time with the woman holding the man. Another distinguishing feature of Raji is that Rama and Siti were also representatives of the aristocracy. At the same time, Raji and Golu are dancers and acrobats who appear to come from a far more modest heritage.

The Mahabharata & Its Impact On Raji: An Ancient Epic 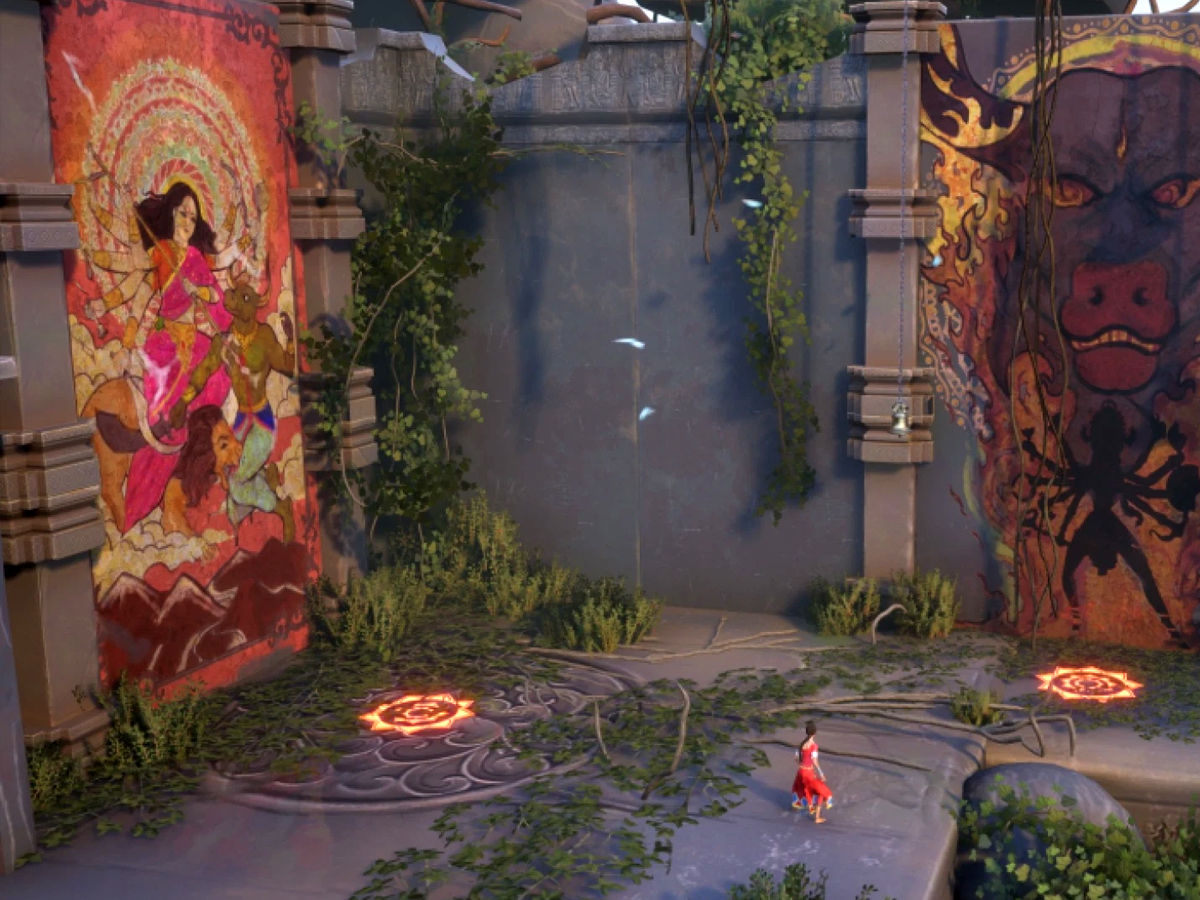 The Mahabharata, an epic about a conflict amongst the five Pandava brothers and the Kauravas’ 100 scions, is essentially a saga of the valiant warriors’ responsibilities and commitments to destroy each other, less a fictional story more like the Illiad. That said, the Mahabharata’s India is also packed with gods, devils, demigods, and heroes like Arjuna, Krishna, and Karna.

The Mahabharata’s most significant effect on Raji: An Ancient Epic appears to be how the game portrays the heavenly arms bestowed on the modest Raji by Durga, Vishnu, and other gods to help her in her journey. Sharanga, the bow issued by Vishnu to Raji, is quite similar to Gandiva, the weapon of Arjuna, the Mahabharata hero, while the Chakra throwing weapon is the similar Sudarshan Chakra Krishna uses in the Mahabharata to kill demons and unjust rulers.

Besides, creators at Nodding Head took a break from creating Raji: An Ancient Epic to take care of feral animals on the streets of Pune, India, just as at the end of the Mahabharata, the noble king Yudhishthira takes care of a stray dog.

The Demon Slayer Durga & Her Impact On Raji: An Ancient Epic

Raji finds a series of mosaics in the early chapters of Raji: An Ancient Epic, detailing the story of Durga, a warrior goddess who carries a sword in each of her innumerable arms. The Devas formed Durga to destroy him when the bull demon Mahishasura, boon never to be defeated by a man, ran amuck in heaven and earth. The preserver god Vishnu challenges Durga’s motives for selecting Raji as her fighter in the game’s cutscenes and narration voiceover, clearly suggesting that Durga sees a great deal of herself in the youthful human child.

The appearance of Durga as a recurring player in Raji: An Ancient Epic reasonable control emblematic strength. Durga is now an icon of nationalism in modern India, as a warrior and protective mother goddess. In the 20th century, proponents of the Indian freedom movements recalled their legends. At the same time, women progressives, leaders, and social revolutionaries are said to have “the spirit of Durga.”

Raji: An Ancient Epic does not have a contemporary God of War game budget, but it retains a kind of historical or cultural mystery that is strikingly similar. This is mostly a consequence of its innovative, enticing presentation, which is actually the best aspect of the game.

A rare, absorbing atmosphere is generated by the diverse, magical settings, the story voicework of Durga and Vishnu, and the authentic puppetry cinematic sequences and demon designs. The game also features some of Hindu mythology’s most significant myths and links them back to the main storyline.

Shakti’s primitive force, Garuda’s legend, and more are all introduced to Raji by intricate murals, culminating in the player’s entertaining crash course. 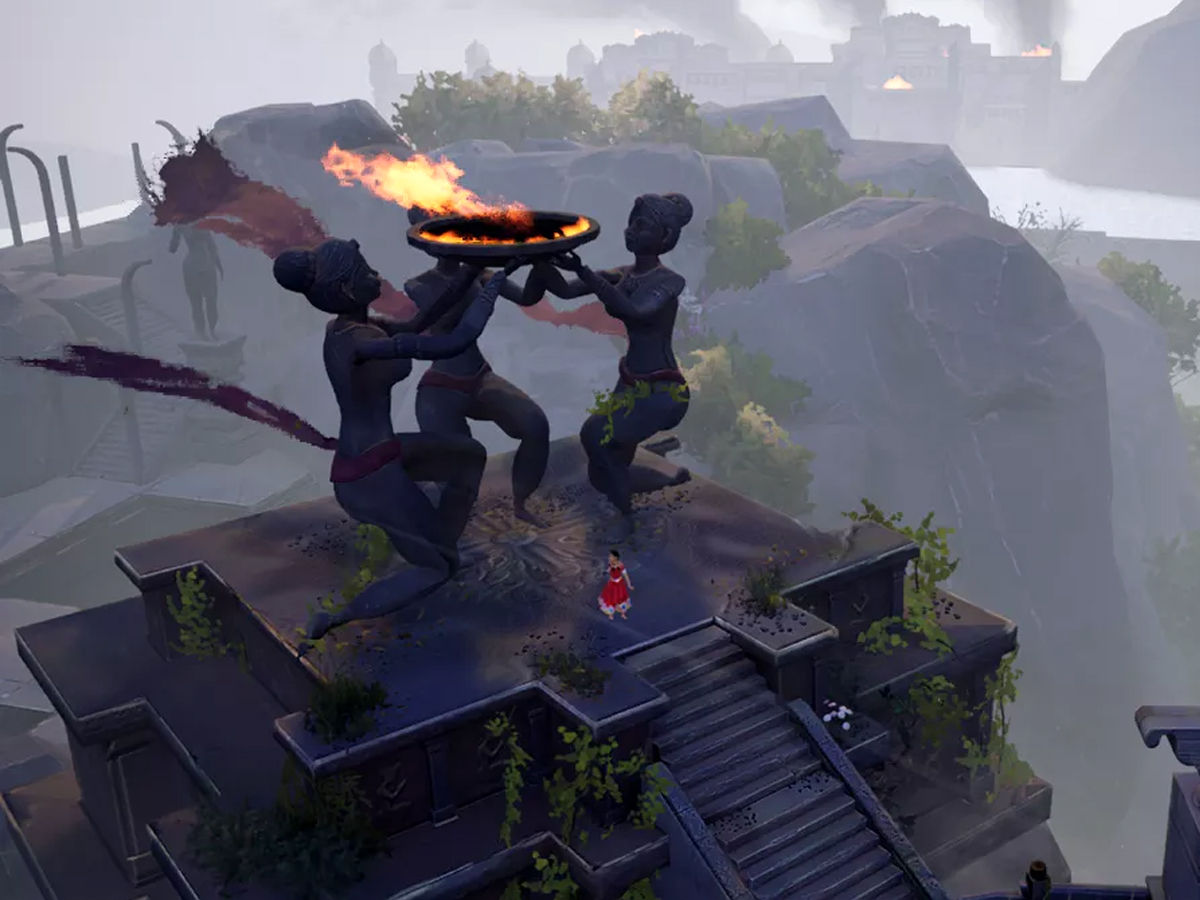 Raji: An Ancient Epic is much less fun on the technological angle – but that doesn’t mean it isn’t exciting. Fun and aged, the acrobatic fighting makes the game sound like a robust action-adventure game from more than a century old. It reminds Prince of Persia: The Sands of Time and other legends of the period, for better and worse. Arms are distinct, inspiring, and straightforward. Simultaneously, the upgrade mechanism does not give anything more than an aspect and three very samey skills to improve each weapon.

In the sense of Uncharted, there is simple, one-track platforming and a limited amount of discovery. Occasionally, the game blends stuff with a puzzle or two, but mainly it’s a pleasant and static journey.

Raji: An Ancient Epic is also a notably short game with a total length of fewer than 5 hours. This is not, of course, an intrinsically harmful thing. Still, the game’s general structure makes it feel quite hurried and underused by its setting. The sudden and unsatisfying conclusion really drives this feeling home. The game ends without damaging anything, with suspense that leaves some aspect of the plot in question. The sweet, fable-Esque storytelling of the play, which is very well-paced and progressively fascinating, disservices it until that point. 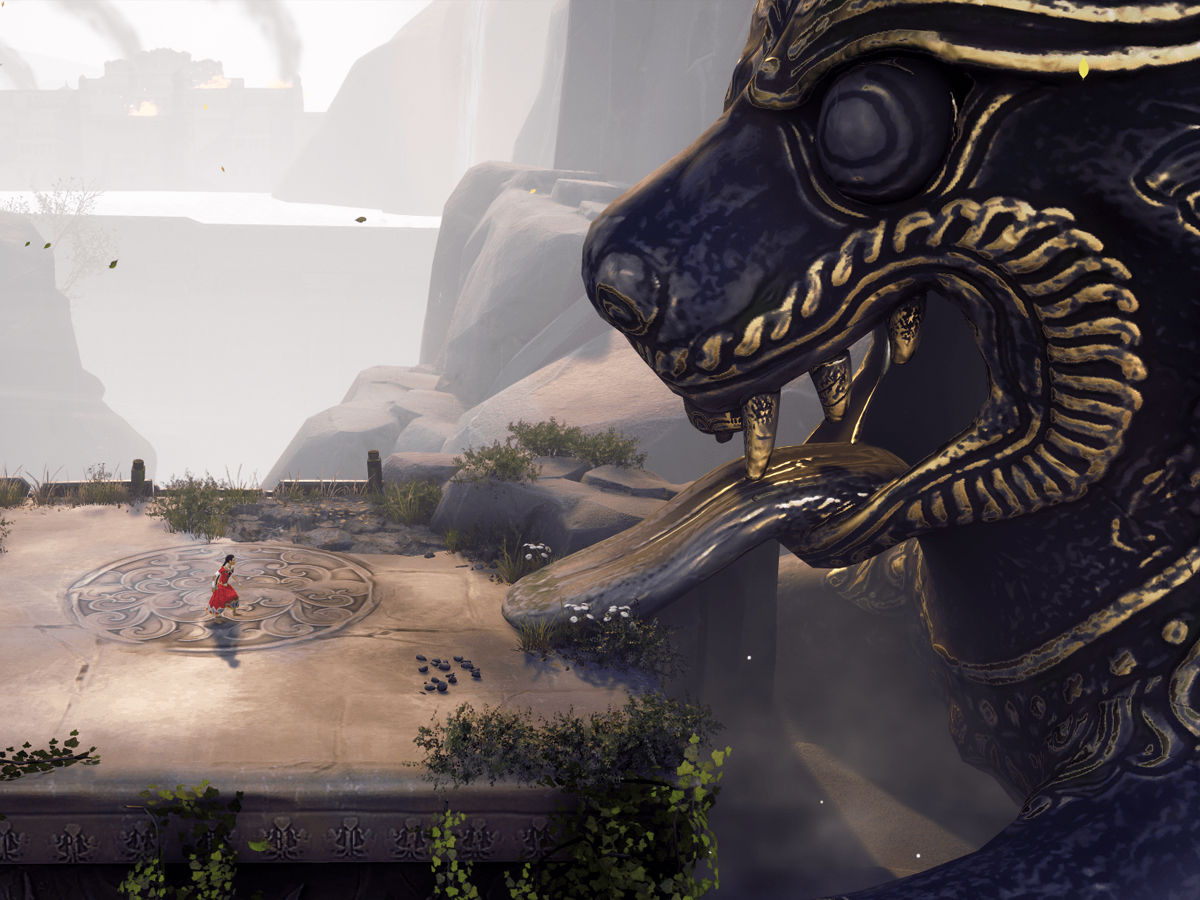 Inevitably, Raji’s most fantastic thing is the feeling of playing a legend right out of the Puranas, though not almost as long or useful. It might not be a mythological marvel, but Raji: An Ancient Epic sounds like a preface to come from Nodding Heads and, on a larger scale, maybe the Indian game production scene.

On the PC, Nintendo Switch, PlayStation 4, and Xbox 1, Raji: An Ancient Epic is now available. For the purposes of this analysis, Screen Rant has been issued with a Steam code.

With its spectacular presentation and its fascinating connection to Hinduism, Raji is out of the box. Still, with old mechanics and a weak end, he falls short.