Home Arts & Entertainment Fiction Bubble : Beautiful Romantic Anime that you should not miss 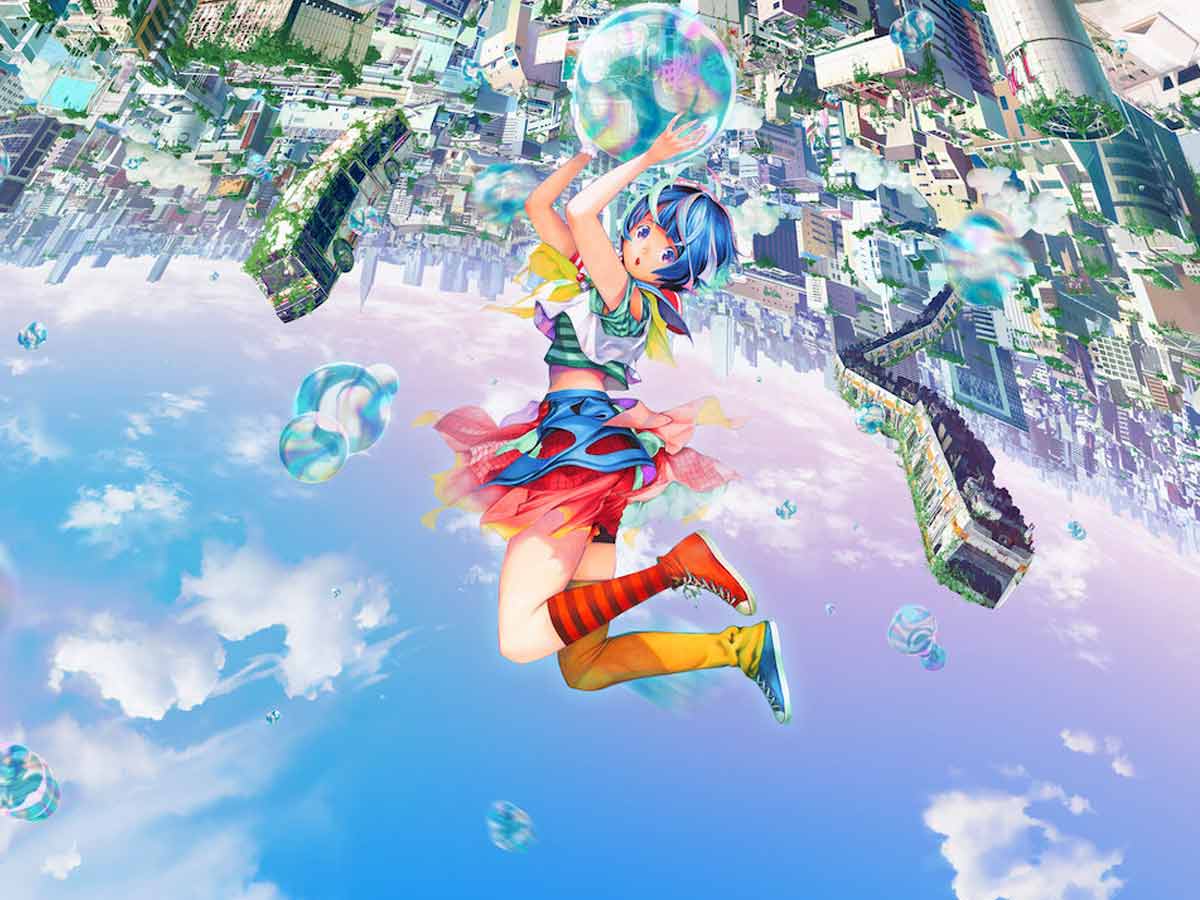 Bubble (not to be confused with The Bubble) is an elevated, romantic drama directed by some of anime’s most well-known stars.

On paper, the picture is a winner, but weak characters and a disjointed narrative keep the adventure from taking the top spot.

Bubble takes place in a post-apocalyptic Tokyo after a weird natural calamity floods the city, spawning a subculture of young parkour champions. These bouncy kids compete as part of tiny teams in citywide races to gain resources, avoiding the deadly floating bubbles that surround them or, in certain situations, manipulating them to their advantage.

The film depicts Hibiki, a young man whose life is spared by the mysterious Uta — a blue-haired girl whose athletic skill rivals his own.

Hibiki is drawn to Uta because they both hear a captivating siren song emerging from Tokyo Tower, the impact location of the great bubble disaster that submerged much of the city. Throughout the film’s 100-minute length, the pair grows closer as they try to figure out what the hell is going on.

Bubble, at its core, is a love story set in a wonderfully fascinating setting, but it fails to ground either side satisfactorily.

Its tempo and focus alternate between spectacular animated action sequences in which Hibiki and his motley parkour pals race, leap, and spin around a wonderfully imagined cityscape and slower, more personal sections meant to make us feel about the budding romance.

Unfortunately, the later scenes never provide us with enough insight into either participant to have the story truly ring true.

However, the animation in the parkour sections is simply excellent. The film has a brilliant, glossy sheen to it that, while not the most stylized, creates some genuinely remarkable moments.

Bubble was created by WIT Studio, which accounts for its clean modern aesthetic. It fits nicely with the company’s other recent stunning hits, such as Ranking of Kings and 2019’s huge Vinland Saga.

The general devotion to motion during the race scenes sells the action, which makes sense given director Tetsuro Araki’s reputation. Araki was in charge of the first 59 episodes of the global megahit Attack On Titan, which was known for its adrenaline-pumping 3D action scenes with a slew of characters swinging around like mechanical Spider-Men.

Bubble’s parkour moments are highlighted by his experience, as you see teams of diverse characters hop through wormholes in a beautiful, collapsing city. The camera never stops moving as it races besides, behind, or just in front of our heroes, conveying a sensation of speed and impending danger.

Other than that, the animation is strong, with interesting character designs identifying each of the parkour battle groups’ members. Unfortunately, visually appealing visuals can’t salvage Bubble’s underwhelming characters and writing.

Nowhere is this flaw more apparent than in the film’s two leads, Hibiki and Uta. Their romance is at the center of the film, yet neither character is given more than a few lines of dialogue. Hibiki is the best parkour battle champion in town, a grumpy orphan with a golden heart.

His main distinguishing feature is that he is easily overstimulated by sound, which explains why he always wears headphones (real goggle boy energy here). If it had been pushed beyond his plot-required desire to discover the source of a tune he often hears, this could have made for some entertaining moments.

His love interest, Uta, a mysterious bubble girl who saves him from a fall, is even more enigmatic.

She spends the first half of the film scurrying around like a cat and scarcely speaks. This is accentuated by the fact that she’s one of just two female characters in the film. Her story is told in the style of The Little Mermaid, but none of her encounters with Hibiki (or anybody else) do anything to flesh out an otherwise two-dimensional ensemble.

This is especially disheartening given that Gen Urobuchi, the highly famous creator and writer of the transgressive cult hit anime Puella Magi Madoka Magica, is on the writing team.

Bubble is ultimately a boring watch due to an odd combination of thrilling action and underserved characters. There are several standout moments, particularly at the start of the third act, which includes an extended parkour sequence involving our heroes and the frightening robotic Undertakers.

However, any goodwill generated by the animation is quickly eroded by a very perplexing and confusing ending that will have even the most observant viewers shaking their heads.