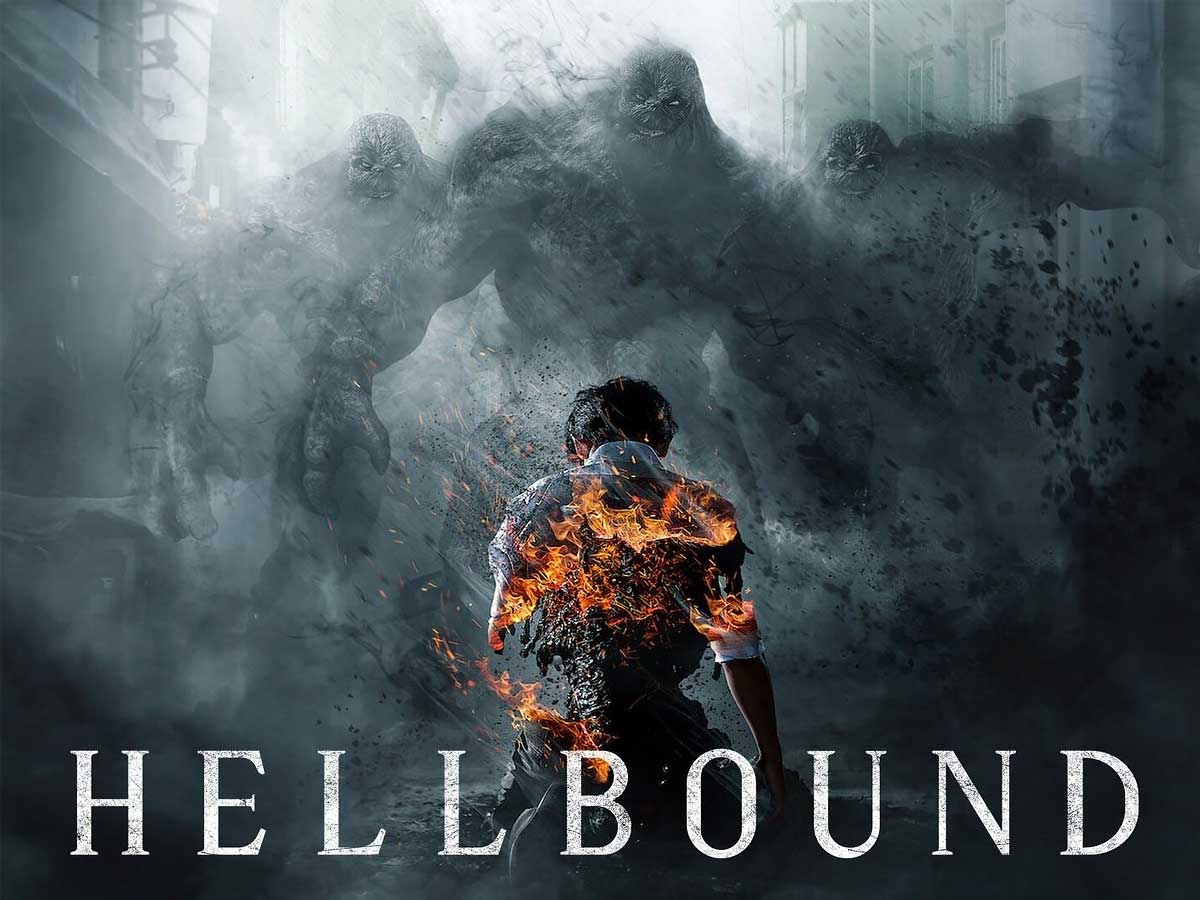 A TV show’s foundation will always be watching people struggle to understand the bizarre. These kinds of storylines hit at something fundamental in a way that few other shows can, whether it be individuals going missing, combating a strange disease, or attempting to make sense of what they come across on their trek to the Arctic.

The more cosmic that search for solutions becomes, the more powerful it becomes. This is the case with “Hellbound,” the most recent foreign Netflix series to break onto the list of the most-watched on the service.

In it, random citizens of the not-too-distant future Seoul are experiencing an odd fate. They are told they are going to Hell and that their day of judgment is coming from the same ghostly, spectral prophet of death. They are left to wait for the inevitable after being told the precise day and hour of their death.

A trio of lumbering grey demons who resemble super-ripped Stay-Puft men who are ashy and smoldering from being left in the oven for too long visit the individual in question when the timer goes off and begin to beat them into the afterlife. The three flee off to their shadow realm, leaving just a half-roasted skeleton behind as they finish with an orb of searing white-hot anguish that burns these individuals to a crisp.

Undoubtedly a promising notion for a television program, “Hellbound” is more interested in the effects this new, horrifying reality has on the society it leaves behind. Some elements attempt to use the apparent evidence of a vengeful higher power for their own purposes. Law enforcement organizations are exposed because they cannot stop these attacks.

Public “demonstrations” are a recruiting strategy for religious zealots. The development of entire specialty industries that cater to (or prey upon) anyone trying to lessen the negative effects of their being called “sinners” in the most public setting.

Yeon Sang-ho, the filmmaker of “Train to Busan,” depicts these terrible killings in “Hellbound” in graphic detail. It intensifies that feeling of hopelessness by imagining a society in which the moral ramifications of these arbitrary events are widely accepted and supported. “Decrees” are visits that reveal a person’s fateful date and time. Every time a freshly burned torso is discovered, there are numerous public allegations and conjectures about what this individual may have done to deserve it.

The ability of the show to capture a very particular sense of societal powerlessness may be its most significant achievement. (Use any instance from the past few years where the majority of people are aware of something terrible that is occurring but are helpless to stop it.)

There are those in “Hellbound” who are merely trying to get through the mundane distractions of their everyday lives, all the while praying against hope that no one they know is the next to get enveloped, despite the widespread anxiety over these public “demonstrations.” Regardless of the metaphor you choose, the strength of how these triple giants continue to advance despite the state of their intended target is clear.

It’s not unexpected that “Hellbound” focuses on the religious responses to the assaults given the show’s title and its setting. In the aftermath of incontestable facts, we observe a large number of people reevaluating how they view their beliefs. There are thieves, vloggers, and those whose careers are supported by complimentary airtime.

And there are undoubtedly followers who are watching this new category of attack-related entertainment while at work, on the bus, or in their bedroom from behind a laptop. These public stabbings, garrotings, and incinerations take place in broad daylight; it’s unsettling to observe the toxic fallout.

Eventually, the haste to explain away something so absurd results in emotional self-flagellation in front of others, and a wave of individuals who take joy in the agony of others, especially if it supports their worldview. The way “Hellbound” depicts the most fervent adherents on this web seldom feels exaggerated, especially when compared to how contemporary apocalyptic cults are currently functioning.

There was a hurry to understand how something like “Squid Game,” a show with the heinous brutality of thousands being slain by automatic weapons in its debut episode, could become “cottage Halloween costume business” popular a few months ago.

It does occasionally display a vein of dark comedy, such as when it depicts how certain individuals attempt to avoid their “judgment.” The monsters show up, inflict their suffering, and then depart. It is difficult to attribute the popularity of the show to any mystery-box stunts because these attacks are portrayed in such a matter-of-fact manner.

In some ways, “Hellbound” is less of a roller coaster and more of an extreme version of a true-crime story. The people who receive decrees are rarely seen by those in their society as victims in television series. They are considered a piece of a larger pattern by detectives. Religious bureaucrats use them as a negotiating chip.

They are viewed as a potential cash cow by media executives. The issue of placing a value on someone’s soul must be dealt with by the lawyers as they work to give these people’s families a chance to be safe when they pass away. When they are pursued by vigilante true believers looking to inflict additional punishment, the children they leave behind cannot live in peace.

It’s difficult to fully express the extent to which these demonstrations change society in six episodes. However, “Hellbound” is clever in how it approaches this season with a little bit of an anthology touch, avoiding the pitfall of following only one person as an audience surrogate.

By enlarging its scope, the series may tailor its moral quandary to people with various needs and objectives. The program can specifically observe how audiences behave differently when this danger becomes real rather than merely hypothetical.

Yeon, who is in charge of this live-action version of his webtoon along with original illustrator and co-writer Choi Kyu-Seok, doesn’t treat these examples as a competition. Instead, every new location for the monsters’ arrival offers a chance to showcase a different person trying to make sense of their devastation uniquely.

Some provide it as a formal declaration. Others simply want to pass their final hours peacefully. Many people have last-minute uncertainties and are drawn into a grey area in between. Yeon never holds back in the process, whether it’s illustrating the suffering these people undergo or making the audience members wonder about their own complicity.

The season draws to a close with a new twist that is just as open to interpretation as anything else. It is simple to perceive it as a sliver of optimism that might pierce the cloud of despair that hangs over almost everything else. As people begin to become increasingly more detached from reality, it might be a reason for an increase in nihilism. The conclusion is that it’s likely both give “Hellbound” its weight.