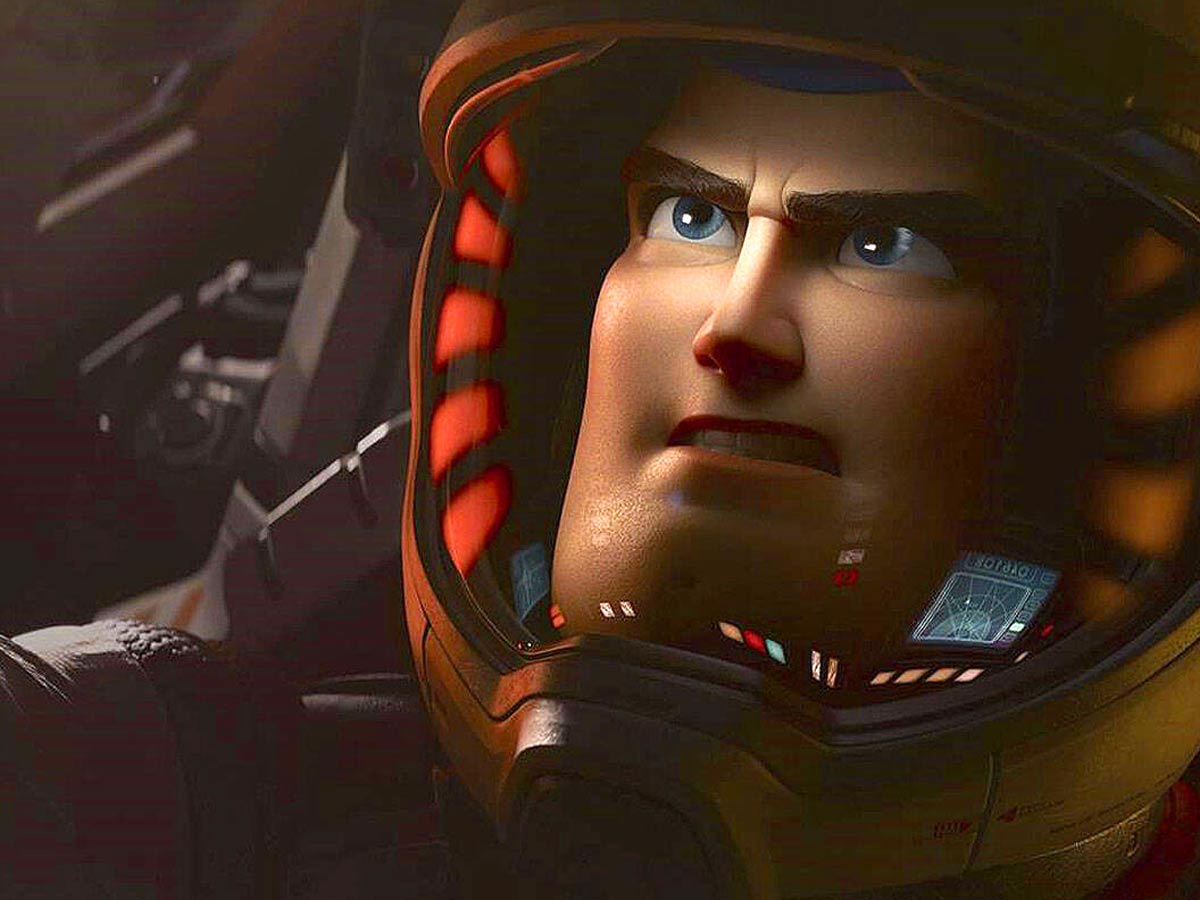 Pixar films have managed to mix art and commerce in a way that few other studios have. Catering to a specific demographic while still conveying an innovation and expressing something extremely compassionate, simple yet profound – this is what has allowed Pixar to connect with us so often, with films like Up, Inside Out, Coco, and numerous more, transforming it into the strong brand that it is today.

Lightyear may not live up to the hype or expectations of an origin tale for Buzz, one of the most lovable characters in the Toy Story franchise, but it contains all of the elements that distinguish a Pixar production.

Lightyear begins on a shaky note, with space-rangers Buzz (Chris Evans) and Alisha (Uzo Aduba) trapped on a strange planet with their space station. Buzz is put in charge of obtaining the hyper-speed that will allow their station to return to their home planet, and he repeats the speed-test trip to atone for his error and redeem himself. At this point, there is a beautiful montage of Buzz’s tenacious mission flights mixed with his return to base, as Buzz realizes that every attempt he makes in space amounts to years of life in this hazardous world.

As Buzz watches his co-ranger and close friend Alisha go through the stages of life, he feels a sense of sorrow as he observes how life has passed him by. Underneath Buzz’s tenacity is his sorrow over failing Alisha, his co-ranger who spent her entire life on a trapped planet due to his error.

And, while the film does a good job of establishing Buzz and Alisha’s friendship and intimacy, it’s not enough to carry us through Buzz’s space escapades, which get gloomy and lackluster after a while. Even as Buzz finds himself in the company of three underdog accomplices Mo (Taika Waititi), Izzy (Keke Palmer), and Darby (Dale Soules), not to mention his mechanical cat Sox (Peter Sohn), the picture struggles to get speed in its second act.

There are only a few moments and sequences in the second act that capture your attention – otherwise, Lightyear gets bogged down in quest-driven stretches that don’t provide enough spectacle to keep us interested.

Even while the writers make minimal but good use of two of these underdogs – Mo and Darby, whose conflicting personalities make for some amusing dialogue – there is something about these stretches that don’t offer the energy or thrill that on paper seemed promising.

The overpowering blend of whimsy and emotional depth that is the signature of each Pixar film emerges much later in Lightyear when it seeks to explore Buzz’s philosophical leaning.

Lightyear does a good job of establishing Buzz early on as a go-getter with his own idiosyncrasies and oddities. Even in the tensest circumstances, Buzz never fails to record his observations of each new region and his steps, with his aim of keeping a genuine, consistent log that no one else would likely ever listen to. More importantly, we see Buzz as a self-critical soldier who never quits trying or demanding anything less from himself. He is a perfectionist, which is also his undoing.

When Mo, an anxious self-doubting figure, is feeling terrible about a huge blunder on his part, Izzy asks Buzz to bolster his spirits – and all Buzz can say is, “you could have done better.” Nothing is more important to Buzz than this goal, which he believes he can perform better on his own.

However, this is where the Pixar-special moment comes into play, as the second half provides us a twist that transforms Buzz’s perspective on his goal and existence, giving him much-needed enlightenment – it is only around these areas that Lightyear comes near to living up to our expectations.

Izzy is another powerful character who is energetic and resilient on the surface but has existential difficulties of her own, the most damning of which is the towering legacy of her grandmother Alisha, whose famed space-ranger shoes Izzy finds difficult to replace.

There is one touching thread concerning Izzy’s fear of flying in space, which continues to overwhelm her even as she attempts to assist Buzz with his space quests, but the writers do not completely get into the emotionality of her development and struggles. There is one scene in which Izzy eventually takes a great leap, conquering all her worries, but it doesn’t build up as we would like.

However, Lightyear fixes many of its faults in the last act, which blends humor, thrills, and emotional swings in just the perfect amounts.

(One running gag involving Mo’s fascination with an ordinary-looking pen that he is intent on finding a use for comes to a fantastic payoff and one of the film’s most satisfyingly humorous moments.) When we finally get to the poignant unions and more hopeful life lessons about communion, they feel sincere and earned.

Lightyear manages a flawless landing after a rough take-off. And, while this isn’t one of Pixar’s finest efforts, Lightyear makes it worthwhile in the end.