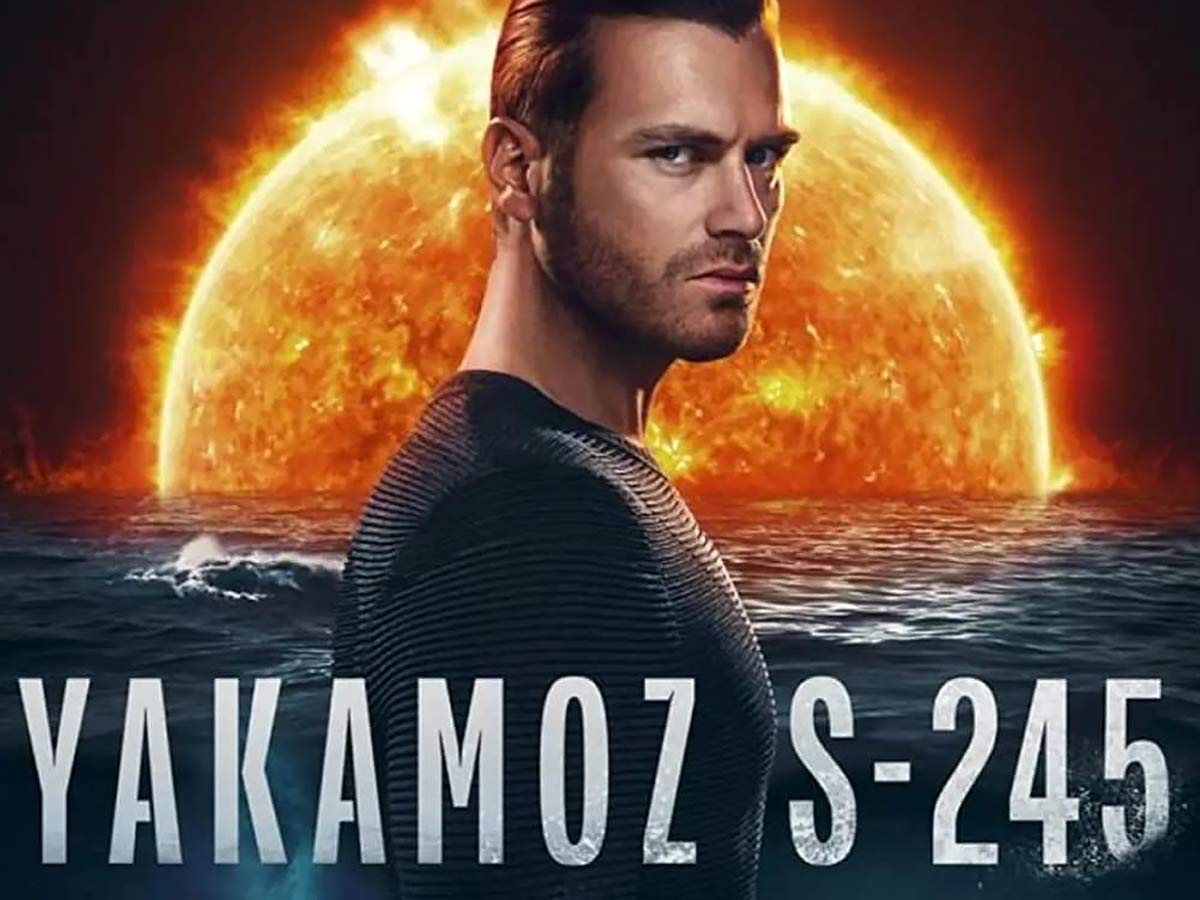 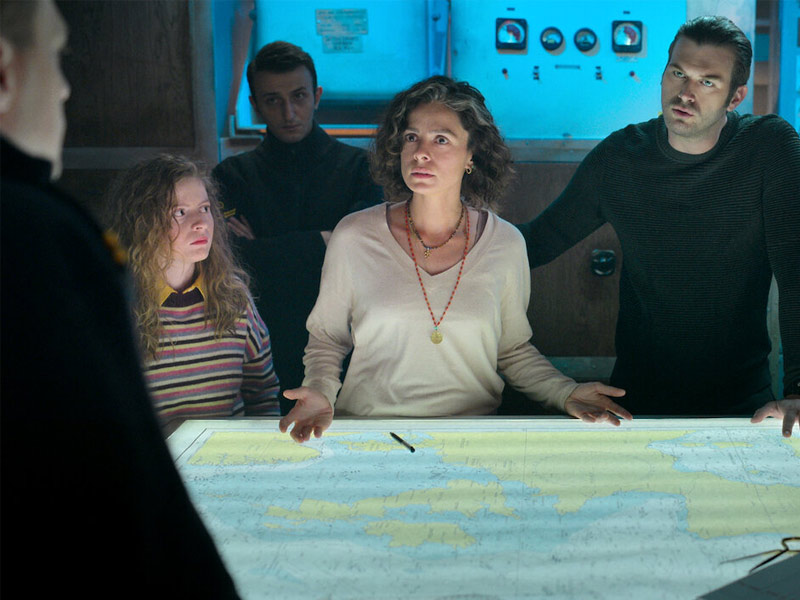 Kivanc Tatlitug (Arman), Ozge Ozpirincci (Defne), Ertan Saban (Umut), Meric Aral (Hatice), and Ece Cesmioglu (Yonca) all play major roles and propel the plot forward, sometimes with opposing beliefs and very rarely moving cohesively towards a plan of action. Burak Kanbir, the director of photography, Suleyman Iyisu, and Firat Yunluel, the art directors, deserve special attention for creating a universe that not only appeared realistic but was able to incorporate the blackness and vacuum of our planet’s greater depths.

“Yakamoz S-245” is a series that mainly emphasizes the fear of the unknown.

There is a rush that comes from expectation and uncertainty. A cosmic event throws the planet off balance, and only a few people survive. 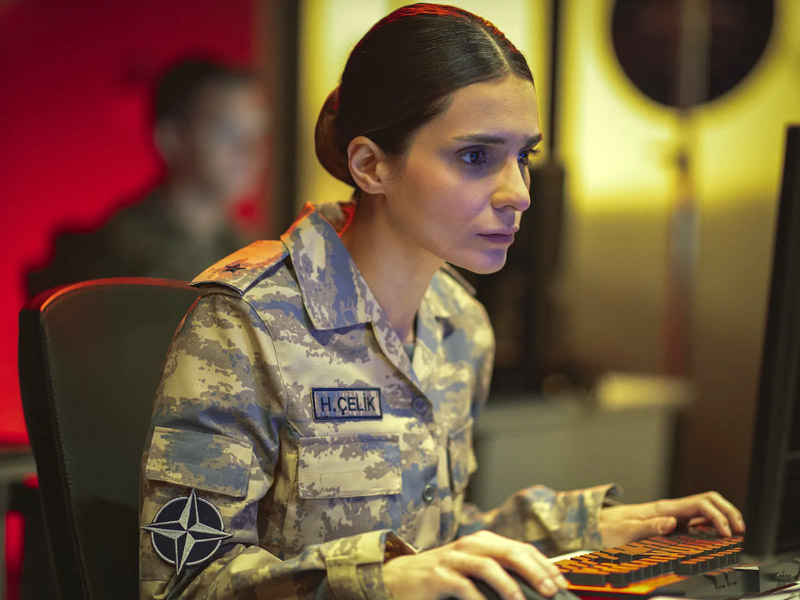 The novelty comes not from recounting the lives of those who died, but from navigating the paths of those who survived. Because you believe in the plausibility of an extraterrestrial occurrence rather than a supernatural one, such a story can keep you on the edge of your seat and instill a sensation of fear that is more effective than a typical horror film. So let’s see if the filmmakers were able to fully exploit the sci-fi thriller’s potential and create a compelling plot.

Arman and Defne, two enthusiastic scientists, had finally met after a long time apart. They were formerly in a relationship but decided to terminate it and go their own ways. 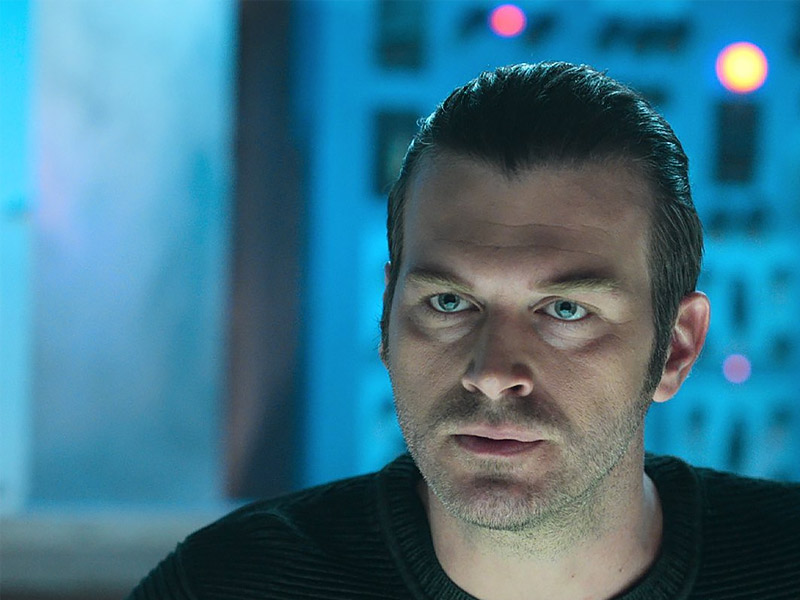 There was one thing the two had in common that kept them together: their love of diving and underwater exploration. Arman was well aware that Defne would not pay him a visit simply to meet him. He was aware of an ulterior motive. And he was correct in his assumption.

Defne invited Arman to accompany her to the Erena Trench, an oceanic trench that Arman had long longed to investigate. She informed him that her assistant Rana, an oceanographer named Felix, and Arman’s old friend Cem, a marine biologist, would be joining him on the voyage. Arman waited for the catch, knowing that there would be one because, for such a tempting idea, Defne would not have traveled all the way and taken the effort to persuade him otherwise. 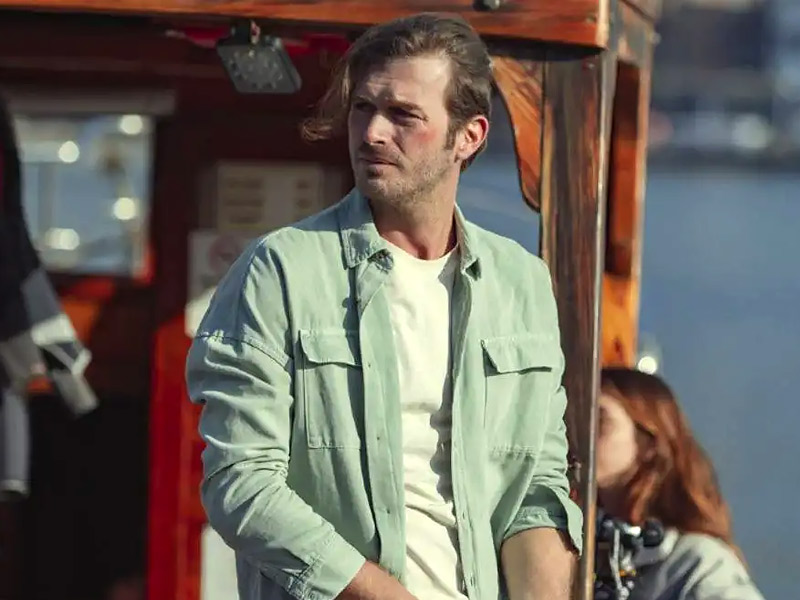 Arman’s father’s company, Yenilik Inc., was funding the exploration expedition. He didn’t get along with his father, and he didn’t want him to intervene in his affairs again. His father was involved in the scheme of things since there were indications of significant hydrocarbon emissions from the location, implying that there was undiscovered oil. Arman’s father was looking for oil reserves. Defne, on the other hand, informs him that there was proof of something more, in addition to the presence of oil reserves.

Antipatharia, often known as black corals, were said to be present. Because it’s such a precious coral, international law stated that oil drilling couldn’t really take place in the area where such coral was discovered. Arman jumped on board, knowing he had a chance not just to go to the Erena Trench and uncover the rare corals, but also to derail his father’s drilling ambitions. 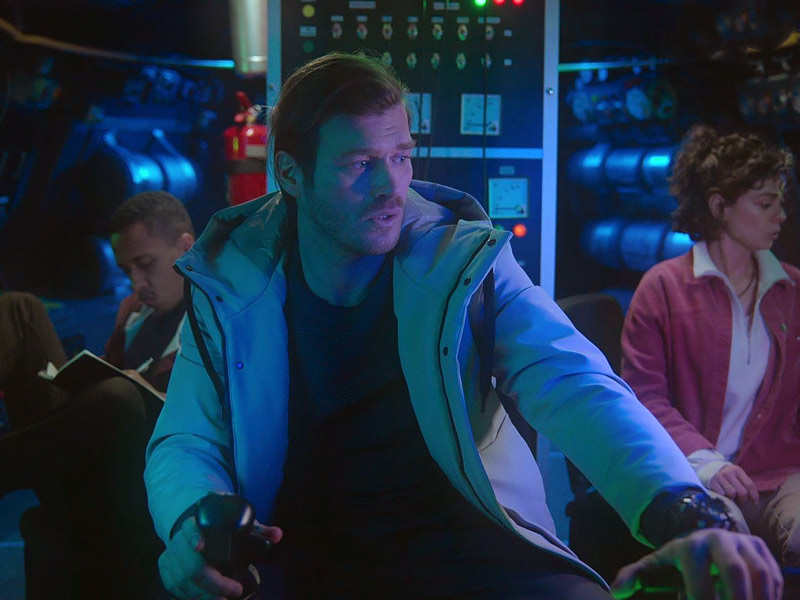 Hatice, an officer at Incirlik Air Base in Adana, seeks to notify authorities about an abnormality she observes in outer space while performing her duties. She suspects foul play when the higher-ups are not astonished by the news and refrain from taking any overt action. She is aware that they were aware of some facts but chose to conceal them from the wider public.

Meanwhile, Arman, Defne, and their group decide to go on a test dive aboard Arman’s submarine, Oya. They return to the surface after the test run to discover that the carrier ship has been abandoned. Kenan, Defne’s fiance, and a few other crew members were present, but they all seemed to vanish. Arman and Defne board the ship and search the entire vessel. They are stunned and unable to comprehend what has occurred. They come across a video that Kenan has left behind. In that video, he stated that they were evacuating the ship due to a terrifying natural phenomenon. The sun’s beams were killing everyone who came into contact with them. Apparently, there was a shelter in Kos, and they were on their way there.

In their submarine, Defne and Arman, together with others, set off towards Kos. They notice something underwater that appears to be approaching them. It was a submarine, a Yakamoz S-245, with a navy crew on board. They banded together after discovering that everyone on the island had died. Defne persisted in going to find Kenan, but others thought they should return to the submarine because that was the only way they could be saved from the sunshine, which doesn’t reach the aphotic zone. Kenan was unable to make it, so Arman returned to Yakamoz S 245 just in time to meet Defne. 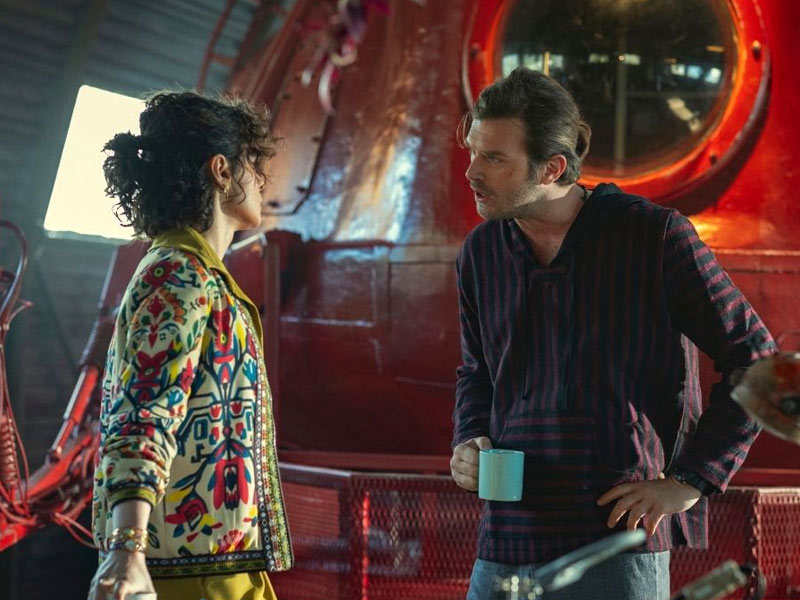 Umut took over as commander in chief after Erenay died in a tragic accident. Yonca, Erenay’s daughter, was promoted to second in charge. Due to a lack of information, the naval commanders of Yakamoz S245 and the researchers, Defne, Arman, and their team, are unable to comprehend the situation. They stay underwater during the day and only travel to a port at night. Aside from the larger question of survival, numerous internal disputes formed as subplots.

Numerous developments occur over time. Umut is dubious about Defne’s involvement in the whole thing. He suspects NATO’s involvement, and that they knew something that no one else did. They even obtained proof pointing to Erenay’s participation with NATO. When they uncover Hatice, who has been hidden in the submarine since the beginning and has a lot of classified information to impart, things take a serious turn.

The subplots, internal tensions, ego clashes, and human beings’ inability to pander to the material components of the world even when their survival is at stake are what provide a tense element to the overall narrative.

Umut’s character encapsulates this enigma and behavior that classifies as surprising. His instincts are frequently erratic and, to some extent, threatening. He is that opposition who is neither rogue nor noble enough to be dubbed a villain or a hero. He is proud of the fact that he has forged his own path and feels a deep bond with his regiment. 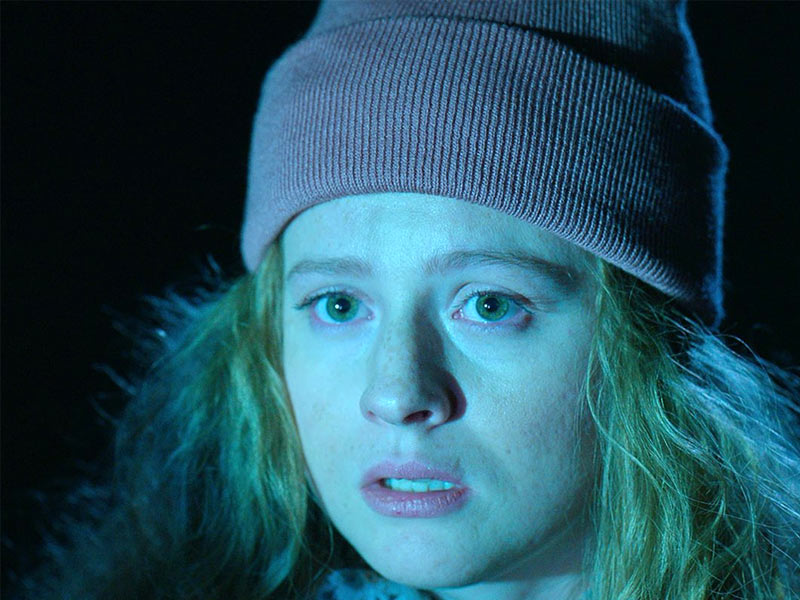 The character of Defne, on the other hand, may have some secret motive on paper, but she appears fairly plain jacketed and is unable to portray the secrecy that Umut was praising her for. Arman’s goals and intentions are obvious from the start. He stands on the sidelines with the audience, watching the revelations and acting as a course corrector. There are instances when the plot feels a little strained, and parts of the screenplay appear superfluous.

The editing could have been tighter to keep the narrative moving and establish a sense of urgency and dread in the audience. There are moments when the tantalizing feature, which is at the heart of a thriller, appears to be missing, and viewers may become disenchanted. The series works in segments, and its numerous tentacles loosen the grip at regular intervals.

Overall, “Yakamoz S-245” is a decent series with some enigmatic performances to look out for and an above-average narrative that may not satisfy your expectations but won’t tire you and avoids getting monotonous.