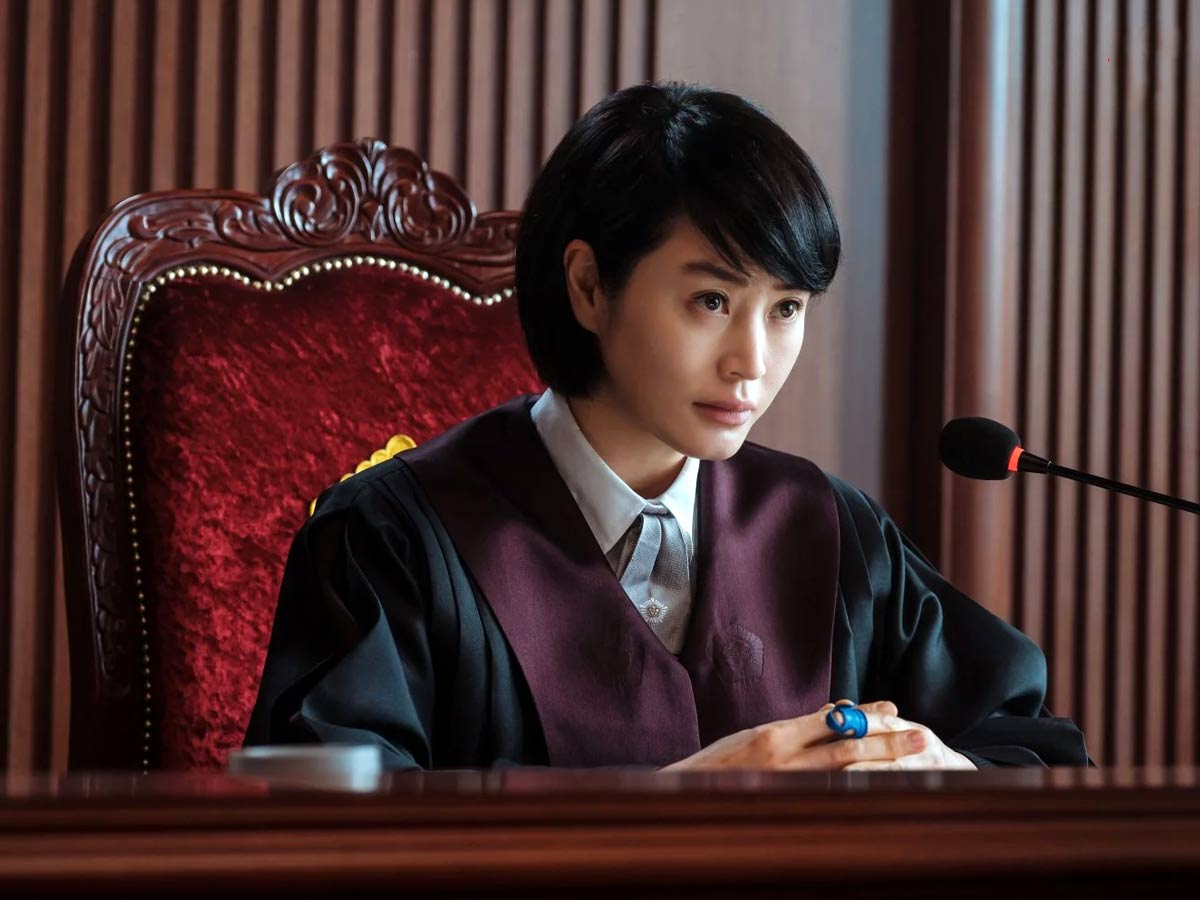 Following the worldwide success of Squid Game, a new Korean TV series arrives on Netflix with all the qualities to become another platform product that will be talked about for a long time. Juvenile Justice recounts the trials and tribulations of a lady, Sim Eun-Seok, as she struggles with the performance of her responsibilities in the classrooms of a juvenile court. You take on a task with zeal and harshness, motivated by a specific dislike for youthful offenders.

However, as we shall see in our study of The Judge, the woman will quickly grasp the obligations that adults and society have in regards to the behaviour of juvenile criminals. One of South Korea’s most prominent actors, Kim Hye-soo, returns to the scene after a four-year break as the protagonist of this new k-drama in ten one-hour episodes.

In the Netflix Korean courtroom drama series Juvenile Justice, we meet judge Shim Eun-Seok, assigned to a new Juvenile Court in Yeonhwa District. Shim is a no-nonsense individual with a hard gaze in her eyes and a remote demeanour. Shim’s coworker, Cha Tae-Joo, works at the court and is opposed. They work together on several juvenile cases where these youngsters are either criminals or victims.

During the holidays, Seoul was illuminated. A hooded adolescent approaches an officer outside a police station. He claims to have murdered someone and displays the blood-splattered weapon.

Judge Shim Eun-Seok (Kim Hye-soo) is unexpectedly reassigned to a section that handles juvenile protection cases and youth criminal cases. We learned about her views on juvenile criminals during an interview with a TV journalist. It’s not to help the offenders get back on track; she performs the work she does for hatred.

She is not a supporter of the current juvenile protection rules, which state that criminals aged 13 and under are only sentenced to a few years in juvenile detention/school and no jail time, even for serious acts like murder. When she comes as one of the associate judges working under presiding judge Kang Won-Joong (Lee Sung-min), she is met by the other associate judge, Cha Tae-Joo (Kim Mu-Yeol) who is her temperamental opposite. He genuinely cares about the children who appear before his courtroom and makes every effort to keep in touch with them as they work to improve their lives.

Judge Kang is summoned from his TV news job and assigned to the trial of a little boy who claims he murdered an 8-year-old and mutilated the child’s body. The youngster and his overworked guardian allege that he is psychotic. It’s a critical case that he wants to resolve soon to position himself for a political run. But when he sends the case to Judge Shim, that notion vanishes.

Something about the boy’s tale doesn’t makeup when she asks him during the arraignment. If he is a diagnosed psychotic, as evidenced by documents, the crime scene would not have been as tidy as he portrayed. He would not have had the time to prepare things the way he stated. And he wouldn’t have the patience to dismember the wretched youngster after he’d killed him. No, he’s covering for someone else because, as a 13-year-old, he knows it would only entail two years in juvenile jail.

She wants to conduct an investigation, but Judge Kang refuses, believing that the case should be tried as is or remanded to the police. Judge Cha chooses to assist her in her investigation because he’d rather see them get the case properly than convict the youngster for the sake of haste.

The first and second episodes of the Netflix miniseries Juvenile Justice will send shivers down your spine. It’s scary to see what some of these young children are capable of, and what’s more discouraging is that some do it for enjoyment and have no remorse for their conduct. The first five episodes of the Korean drama are engaging and thought-provoking. So, is Shim Eun-Seok correct when she says these youngsters should face the worst punishments and be forced to understand the seriousness of their crimes?

Given how cold and ice she is with these children, it makes for an interesting watch as she immediately sets out to punish rather than reform these young adults.

In this case, what’s particularly intriguing is how Juvenile Justice uses editing and narration to provide both sides of a fair argument. In one such example, Mrs O has been accused of child abuse at a daycare centre. The youngsters appear to be convincing, but Mrs O believes she is being played by the kids, who are all wicked and conspiring against her. So, who is speaking the truth here?

These contradictory narratives are something Juvenile Justice is continually embracing, and it makes for an interesting watch at times. Throughout the ten episodes, the show manages to spin numerous distinct scenarios – some more personal and hard-hitting than others – and keeps things fascinating from beginning to end.

At the same time, the first half is so rapid that the later episodes don’t quite measure up. Don’t get me wrong. The programme is still captivating and compelling. Still, the choice to wrap up cases quickly or throw two cases in one episode, for example, disrupts the tone and frequently gives this a much faster pace than it arguably deserves.

There are certain parallels to series like The Devil Judge and Mouse, and fans of K-dramas will immediately identify that when watching this one. Unlike those two lengthy series, Juvenile Justice feels like it could use another episode or two to calm things down and allow more interaction between our characters.

Juvenile Justice relies on character comradeship with no romance to speak of, although there isn’t much of it in reality.

While this doesn’t make it unwatchable, the scenes between Tae-Ju and Eun-Seok feel rushed and in dire need of more time to grow.

Despite these criticisms, there is much to enjoy about Juvenile Justice. The programme has some very heavy themes, and it isn’t hesitant to put it on thick at times. This is not for the faint of heart since the instances are often horrific and stomach-churning. This works to experience the full force of the law, and these instances aren’t always nice endings.

Juvenile Justice The newest Korean drama series based in courtrooms explores problems that are as contemporary as they are contentious, such as the proper penalty for crimes committed by adolescents and society’s obligation towards juvenile delinquency. She does this by presenting to the scene a powerful and unquestionable female figure who will have to embark on an essential personal journey to overcome her scorn for young offenders.

In any case, Juvenile Justice is another good Korean series to add to Netflix’s growing list of Originals, as well as a promising foundation for more to come if it is renewed.